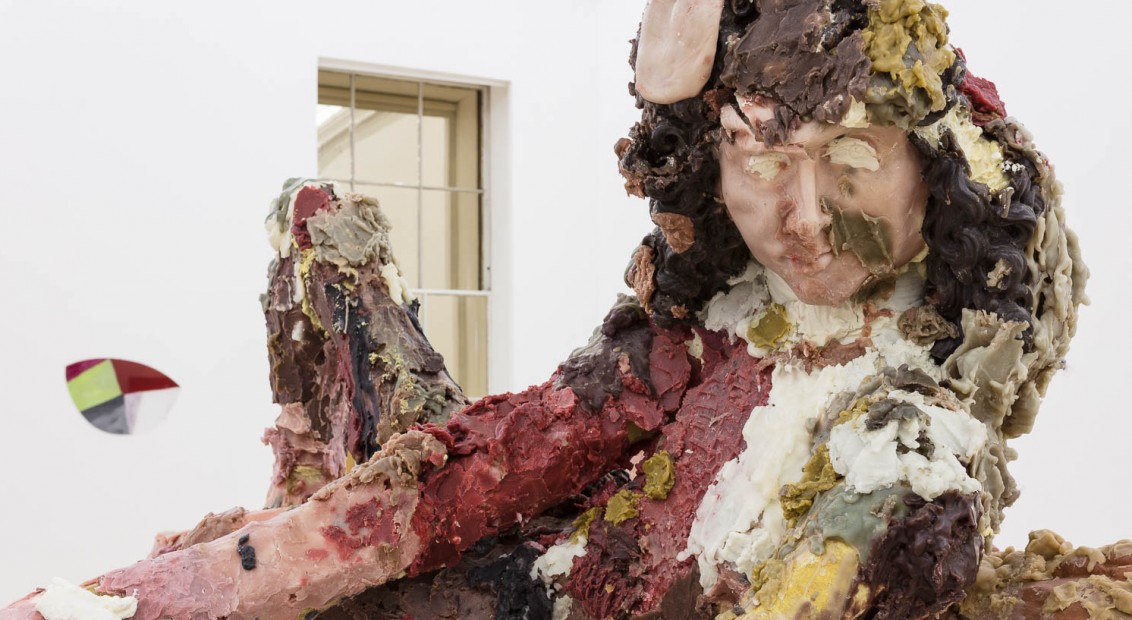 Bringing together artists from diverse practices and locale, Bloomberg New Contemporaries has been showcasing nascent talent since 1949.

James Berrington: Smeed Dean Islington Yellow Rustica, 2015 and Whitburn Orange Multi (2015)
“After many years working in social housing, James Berrington’s C-type photographic prints on aluminium speak volumes about the current housing crisis which is now beginning to reach out of London to affect the rest of the UK. James’ bricks are presented in a way that refers to our obsession with classification and comparison, but which also encourage us to think about the housing market, homes and the people that occupy them.” 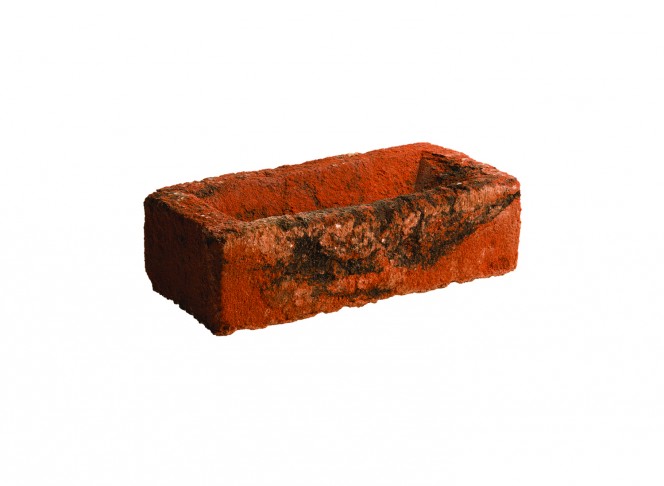 “Bringing together artists from diverse practices and locale, Bloomberg New Contemporaries has been showcasing nascent talent since 1949.”

Karolina Magnusson-Murray & Leon Platt: The Names, The Application and The Work (2016)
“These three moving image works from 2016 are a brilliant exploration of the process of applying to the New Contemporaries open submission exhibition, and of working together. The Names, The Application and The Work subtly reveal the tensions of making work and bringing it to public attention. Karolina & Leon’s works are in turns painful to watch and hilariously funny as they grapple to fit within a process, while simultaneously ‘avoiding’ making the work.” 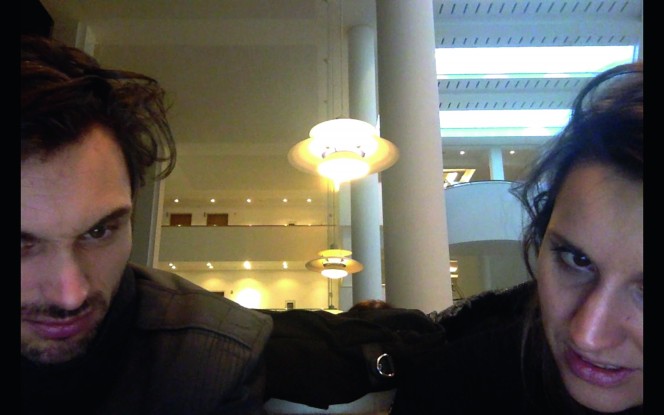 Karolina Magnusson-Murray & Leon Platt (2016) 'The Names, The Application and The Work' 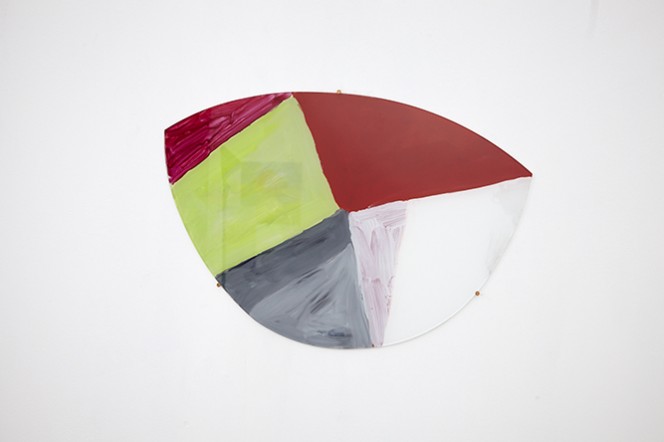 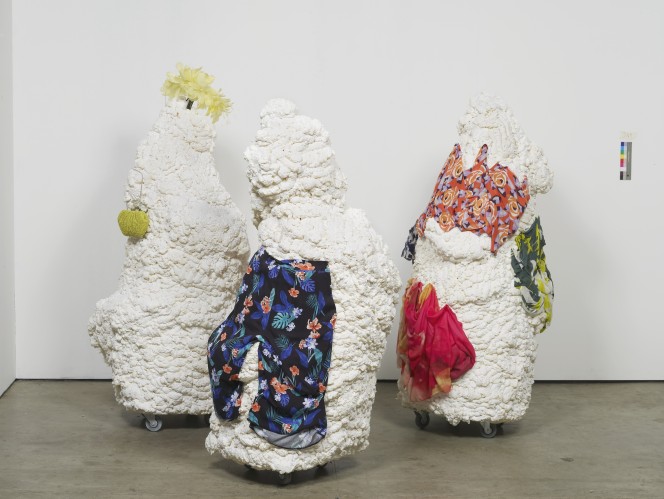 Jamie Green: The empire on which the sun never sets (2016) 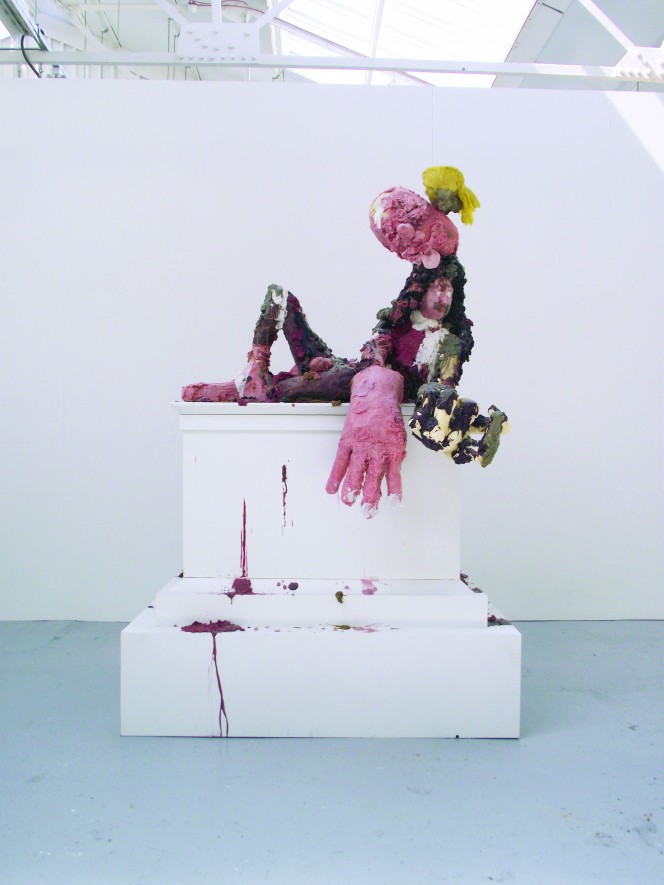 Jemma Egan: Stella (2015)
“Egan’s sculptural works raise questions of taste, aesthetics and value and are often derived from specific sources from the fast-food industry. In her bronze cast Stella we are pointed towards the humanistic features of everyday objects in this case an enlarged McDonald’s coffee cup lid. Egan makes use of her immediate surroundings and rather than looking from the outside her work is embedded within the context it references.” 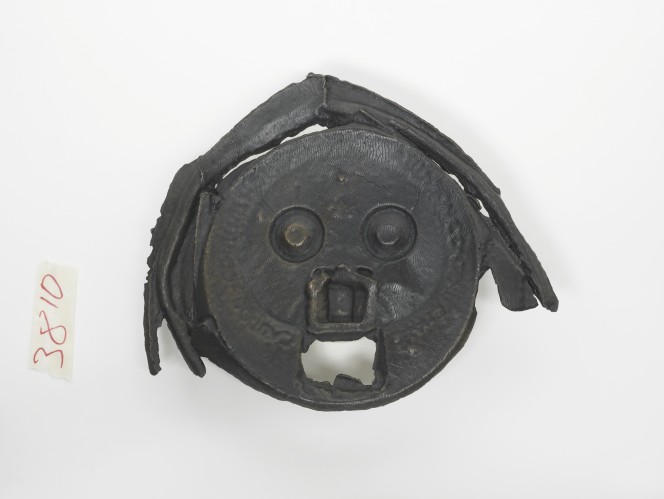