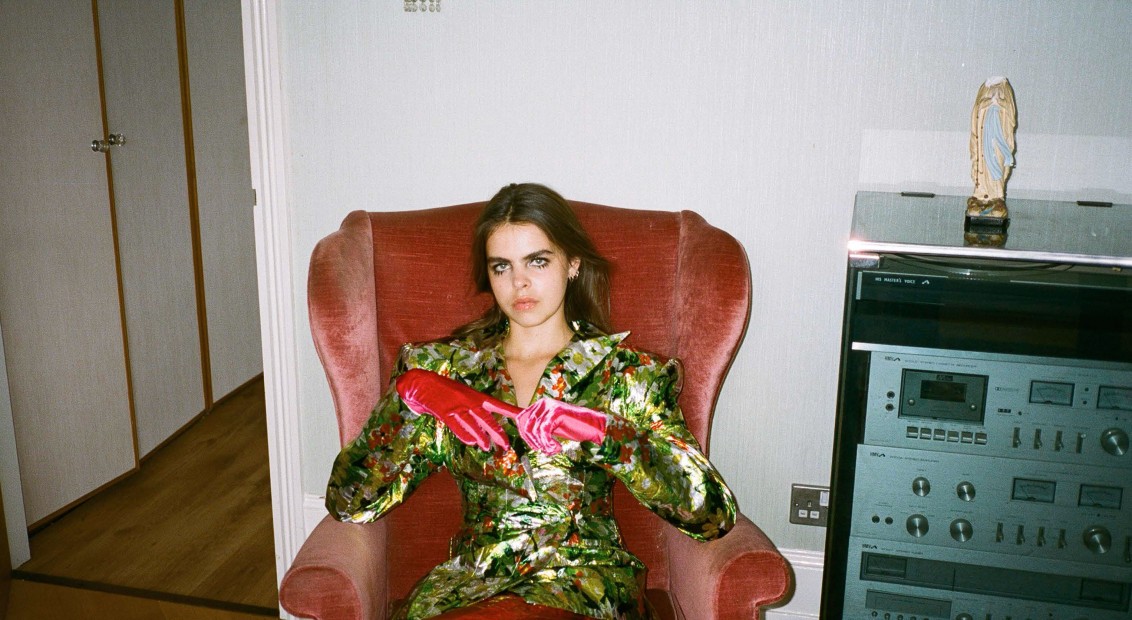 London designer and Central Saint Martins graduate Richard Quinn has been announced the winner of the H&M Design Award 2017.

Quinn was selected by a jury of fashion industry experts chaired by H&M’s creative advisor Ann-Sofie Johansson, winning the top spot against eight international finalists including Constance Blackaller, Yu Li Song, Alex Huang, Amir Marc, Max Luo, YuTyng Chiu and Chen Peng. He will take home €50,000, 12 months mentorship from H&M, and the chance to develop pieces from his winning collection to be sold in selected H&M stores in Autumn 2017.

Quinn graduated Central Saint Martins’ prestigious Fashion MA earlier this year, garnering attention for his striking faceless models in head to toe looks that spun floral fifties with eighties power shoulders and a hit of S&M. We interviewed Richard for the new issue of HEROINE, where he reflected on his more-is-more mentality. “Impact was definitely number one on the list. Even when we were in fittings, everything was always full on, I wanted to contrast elements you would normally never put together, I wanted every woman to be a different textile,” he remarked.

“I always think fashion should be exciting. I have always loved [John] Galliano and [Jean Paul] Gaultier, their shows from the 90s were insane – they were real shows, the pinnacle! – and everyone references them. You need to offer something different if you’re going to make it.” 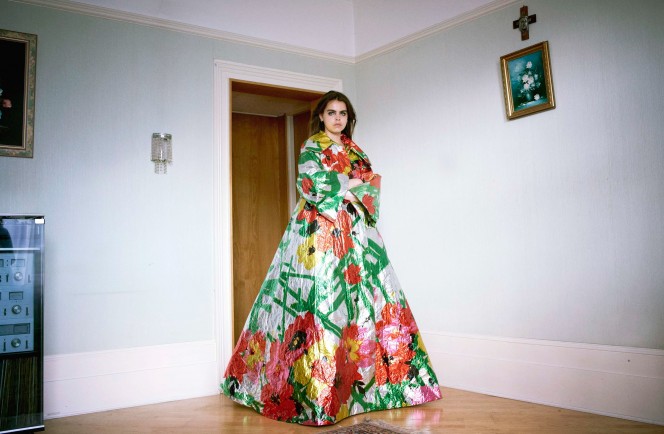 All clothes by Richard Quinn. Photography by Ellen Fedors, fashion by Zarina Humayun for HEROINE 5: Girl Next Door

A self-confessed obsessive who interned at Christian Dior in Paris and Richard James on Savile Row, Richard used complex screen printing techniques to realise his final collection, and aims to open an East London printing studio with a difference: “I want to open a creative space that everyone has access to, a space that students from the main colleges and textiles courses can come to where they can afford to print, as well as being a functioning textiles studio where I can have my own fashion development, my own cutting and sewing, and where everything can be made in London.”

“I think now more than ever before people want to know about craft. Even if it’s printing a tea towel, when you show people how screen-printing is done they’re dumbfounded.”