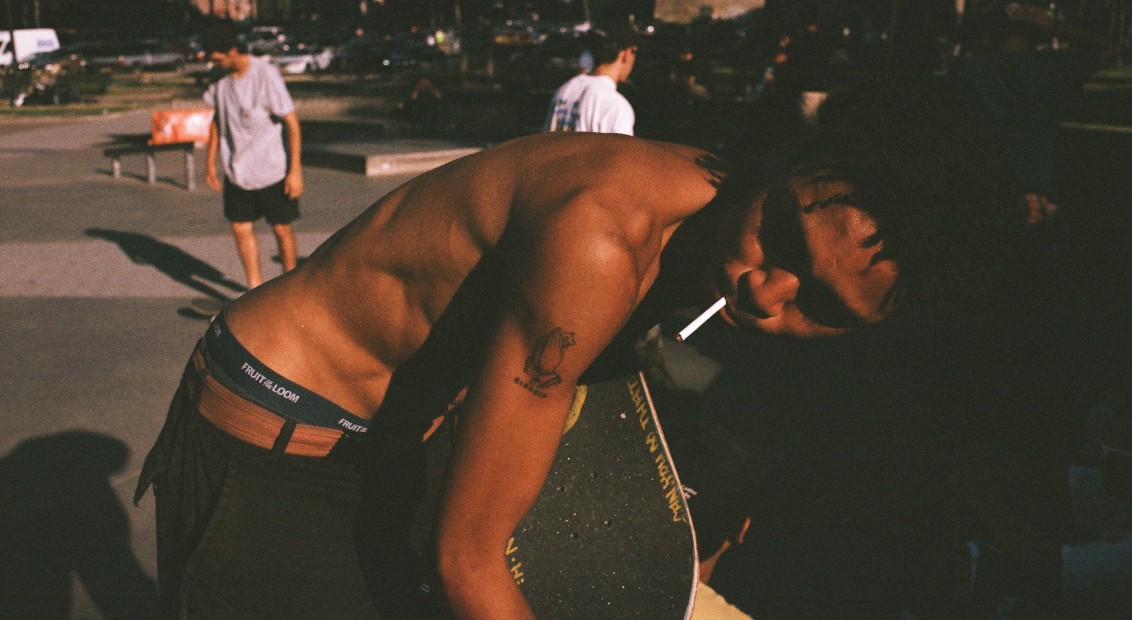 In this new series, we’re profiling the work of talented photographers who are capturing 2016 youth culture direct from the skate parks of Manhattan.

Nestled in the leafy grounds of Astoria Park in Queens, Dece Skatepark (offically known as Astoria skatepark) is a concrete paradise for skaters looking to escape the hustle and bustle of Manhattan. Situated on the East River, the park looks out to the dramatic skyline of the city – providing a gargantuan reminder of the city that never sleeps. This unique juxtaposition is one of the reasons why Astoria has become the backdrop of Dean Majd’s work, a local photographer who over the last decade has dipped in-and-out of the Queens skate scene.

Majd first discovered his interest in photography when his mother gave him a camera at just seven-years-old, he began shooting his friends and hasn’t stopped since. Inspired by the works of Nan Goldin, Larry Clark and Ryan McGinley, Majd’s photos of the Dece scene aren’t about high velocity action shots. Instead Majd focuses on the downtime, the candid and more intimate moments in-between tricks. Here Majd tells us more about his work and why Dece Park is such a special spot for him. 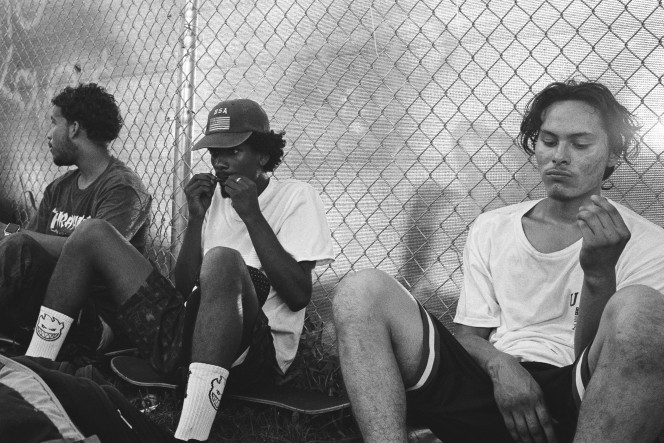 “In the skate scene, things like ethnicity, race, gender, sexuality all disappear.”

Nazanin Shahnavaz: Can you tell me a little bit about yourself?
Dean Majd: I’m a photographer from Astoria, a small part of Queens, New York. My work centres around youth culture, focusing on intimate and pensive moments. My subjects are my friends and family, almost never strangers. Although most of my photos tend to be candid, there are a lot of portraits, albeit untraditional. I try to shoot people as naturally as possible.

NS: And what originally attracted you to skateboarding?
DM: As a kid it was just something my friends did to pass the time, it was never more than a hobby, something fun to do that would also challenge us. But I think as a subject matter, skateboarders are usually misfits and outcasts; kids (and adults) who understand the world outside of the boundaries in which the world tries to confine us in. In the skate scene, things like ethnicity, race, gender, sexuality all disappear. It’s ultimately all about love and respect. 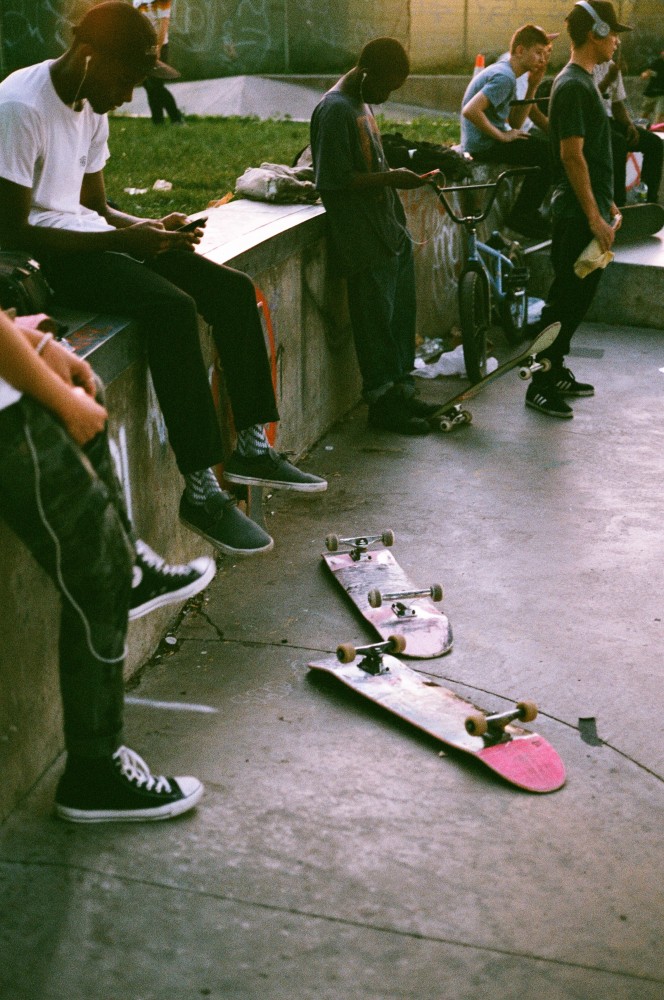 NS: How would you describe the New York skate scene?
DM: It’s a bit mixed to be quite honest. I would say for the most part skateboarding brings people together, but as skateboarding rises as a trend it has become a little bit more showy. I now see a lot more people starting to skate just to be part of the scene. Regardless of skateboarding as a trend, the nature of skateboarding remains the same. For the most part it’s familial. Different parks attract different people, but when you begin to frequent a particular park, you become a part of this big family. It’s easy to make friends as long as your intentions are pure.

NS: What are you and your friends’ favourite areas to hang out and skate in?
DM: Hands down the best park is Dece Park in Astoria. Astoria is about a fifteen minute train ride from Manhattan, so it feels like we’re part of this bigger New York City where everything is happening, but at the same time we have this untouched home. It feels like we’ve created a world that is completely our own. It’s probably the easiest park to make friends. Everyone is kind and friendly, we spend our days laughing and we all watch out for each other.

NS: How long have you been involved in the skate scene?
DMA: I’ve been photographing skaters since I was about ten or eleven years old but took a long break because my friends at the time stopped skating. Just this year actually, about a decade later from when I stopped shooting skaters, I came into a group of friends who grew up on skating and skate culture and started up again. They became my family immediately. It was sudden and unexpected, but I can’t imagine my life without them. 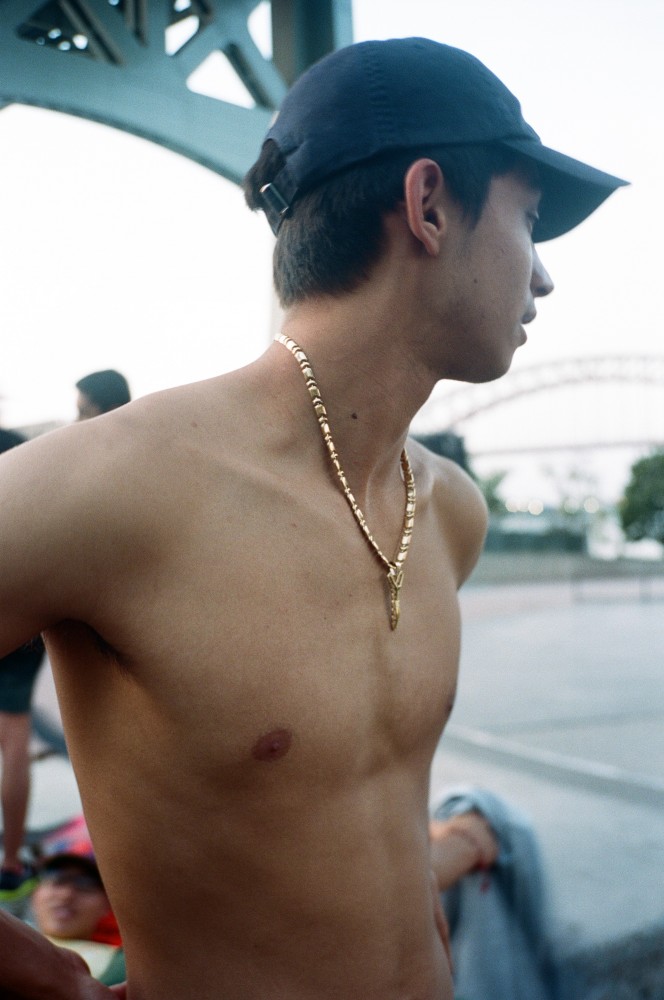 NS: What inspired you to start taking photos?
DM: My mother handed me her camera when I was seven-years-old and I remember only being interested in photographing my friends. She would get so angry when a roll of film would be processed and there would be no photos of me. I took pictures ever since, out of habit mostly. It was only when I discovered the work of Nan Goldin, Larry Clark (Kids, of course, but also Tulsa and Bully) and Ryan McGinley that I started to understand photography as an art form. I had been familiar with other photographers, but it seemed like these ones were seeing what I was seeing. I found solace within their art.

NS: What aspect of skater culture do you explore in your work?
DM: Most of my work is sensitive and intimate. I try to capture pensive moments as much as possible. I’m really not interested in tricks or action shots, I’m interested in people. I hope people look at my work and feel like they’re part of our secret world. I’m also interested in masculinity and machismo and I hope to discover that through more portraiture.

NS: What kind of projects do you have planned?
DM: I’m working on a studio portrait project. I’m also working on my first zine, which will be a collection of intimate moments from the last couple of years, as well as a collective zine of photos by everyone in our skate family, both of which should be out by early 2017. 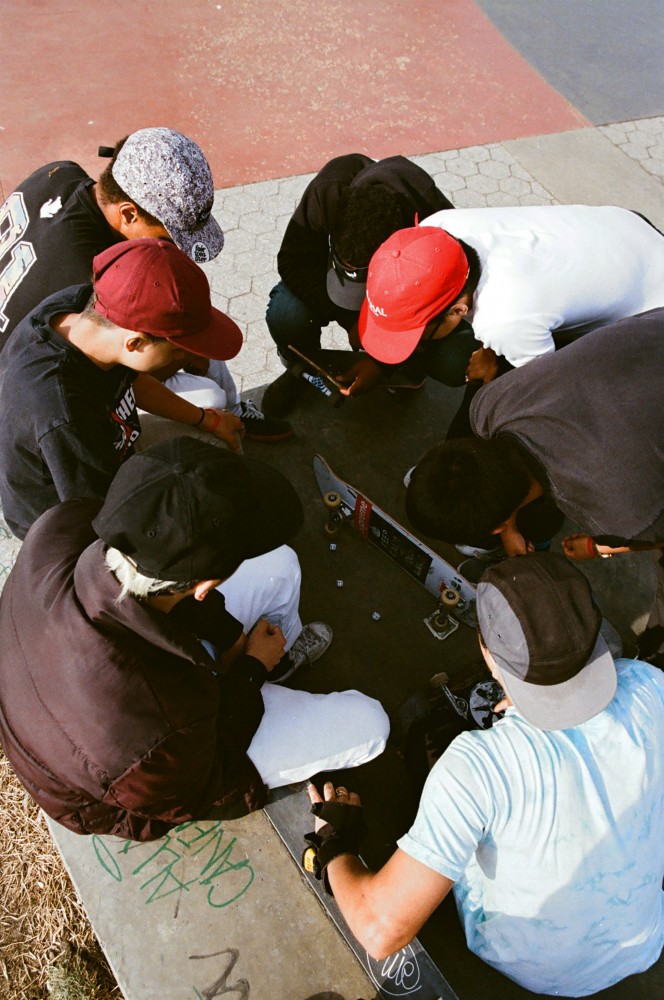