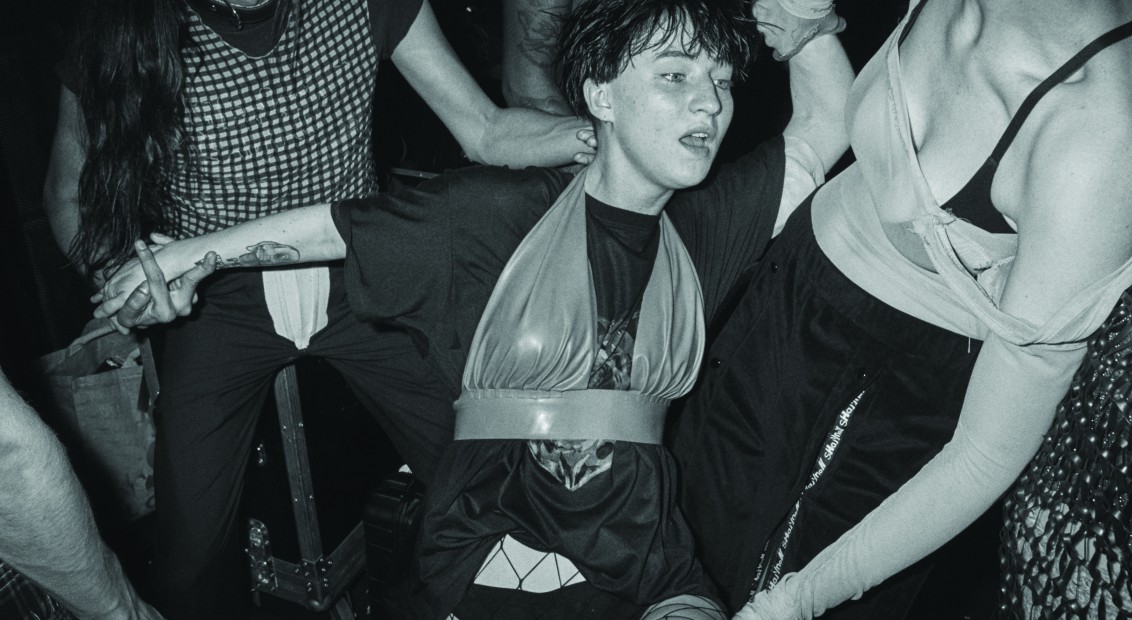 Hurling itself at mainstream media’s airbrushed ceiling, SORT zine is offering up an alternative form of media with its second issue, launching tonight. Featuring severe photographs that conjures images of flesh, sweat and sex, the issue channels the raw energy of London’s ugly youth underground.

Kicked off last year with a debut issue that starred images of pierced meat, the zine is the offspring of Joseph Delaney and Matt King, two London-based creatives who realise video, clothing and concrete projects under their design studio SORT. Tired of the performance-based narratives that drive so much social media content today, they decided to shine a torch into the cultural corners that don’t get as much light. 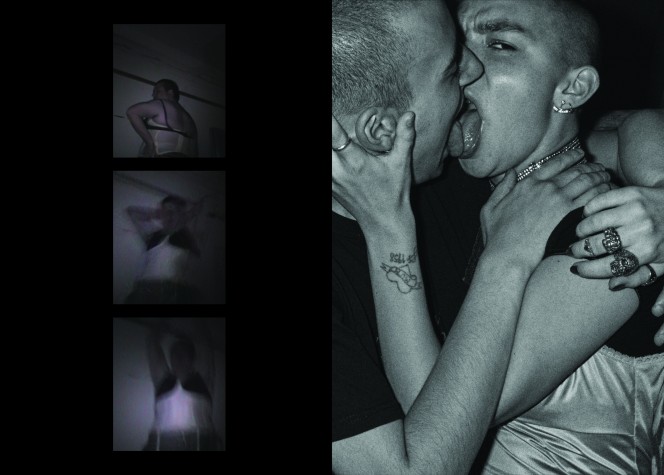 Issue two takes their severe aesthetic further, the pair consciously approaching the project with the intention of holding nothing back. Cue offal-littered still lifes, money shot collages and documentary-style reportage direct from London’s noise music nightscape. The issue’s launch party at Ditto tonight will feature a noise-scored video installation, followed by a dance after party scored by Very Friendly and LuckyMe brutalists Naked. Sounds like a belter, Thursday night just got heavy.

Tempe Nakiska: So why did you start Sort in the first place?
JD: The age old story – we were becoming increasingly dissatisfied by what we were seeing in magazines we read, and some we were contributing to, and thought maybe we could offer a different perspective.

MK: Personally I always feel I need to do something more than the everyday. We both have a love for photography, fashion, art, print and with my background in graphic design, photography and now styling combined with Joseph’s experience in editorial, art direction and video it all fell together fairly naturally.

TN: Would you say you’re intrigued by society’s fringes?
JD: I’d say so. A certain type of music and nightlife has always been important to us, it’s actually how we met, via the subcultural melting pot that was Trailer Trash. I think with the homogenisation of London nightlife we’re all being forced into spaces and situations that feel more on the fringe or part of the underground. When we first met, that kind of limitless experience – one free from judgment and all that comes with it – was quite literally around the corner and able to exist in plain site without being leeched on by the army of drones coaching in for 2-4-1 rosés to gawk at a world they can’t appreciate and don’t want to understand.

“London’s noise scene is having a moment, if you listen hard enough you’ll hear the screaming.”

TN: How would you describe the cultural energy are you channeling with Sort zine?
MK: Dark and twisted seeking darker and more twisted people.

TN: Is London’s noise and industrial music scene alive and well?
MK: I would say yes, there are a few parties going on and a huge music scene in London it’s just about seeking out the right bits. There is definitely a resurgance of this music genre, just this month Genesis P-Orridge [Throbbing Gristle, Psychic TV, Thee Temple ov Psychick Youth] plays at cafe otto and they have a lot of great line ups. Cosey Fanni Tutti is at the ICA and there are some new club nights (including us Very Friendly!). It’s exciting and feels like the right time to be doing this, even though our first night was almost 3 years ago in a tiny basement in Dalston that nobody came to. In some ways still is.

JD: It’s definitely having a moment, if you listen hard enough you’ll hear the screaming.

TN: The imagery you featured in issue one was pretty raw and brutal, do you think you took it further with issue two?
JD: There was a conscious effort on our part not to censor anything this time.

MK: We also have video this time which is equally as raw.

TN: Speaking of, you’ve extended the mediums of this zine launch to include video, merchandise and music, what kind of vision do you have for Sort as a creative studio?
MK: I feel like that’s our next step or natural progression from the zine; we’ve always had this idea of starting a studio to produce stuff in our own way and in-line with the visual aesthetic we follow. Maybe sometime in the near future we can branch out to collaborating with brands outside of our own. The music is also a big part of this, we run a club night called ‘Very Friendly’ across locations in East London and have collaborated with Gaika in his project at Roundhouse and also Stephen Maillinder of Cabaret Voltaire.

JD: The studio idea came before we decided to make the zine – a pipeline dream to open a store and creative studio centred on a certain set of of aesthetic interests. Essentially we want to extend the world we’ve captured in the zine, for ourselves and for anyone interested in being a part of that. We’d love for an insanely commercial brand to want to do something really severe. 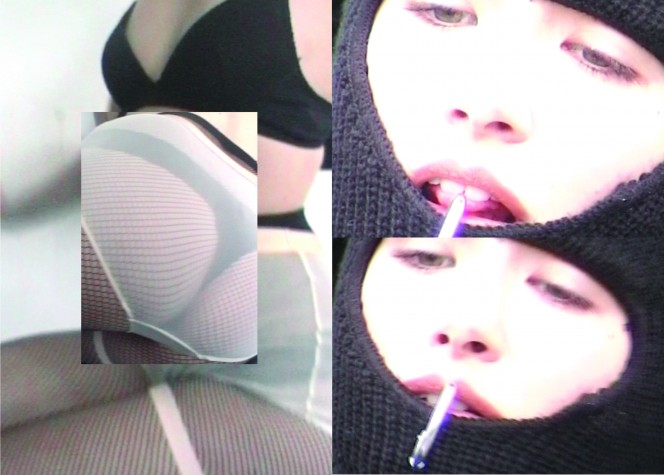 TN: Sort’s imagery is in opposition to a lot of the more glossy, homogenised visuals saturating mainstream (and in some cases less mainstream) media today. What are your thoughts on all that?
JD: That’s definitely a concern, and a huge part of what drives us in this. And we’re definitely not alone, I think it’s encouraging to see a lot of publications and projects rejecting these kinds of ideas, but it’s not enough. If you want to talk really severe go on the Instagram explore page, the level of performance going on makes me sick to my stomach – that impossibly preened, positive lifestyle isn’t genuine and it isn’t helping us move forward. It’s just the mask of the ’50s housewife, digitally rendered. We need to snap out of it.

“The level of performance on Instagram makes me sick to my stomach – that impossibly preened, positive lifestyle isn’t genuine and it isn’t helping us move forward.”

MK: I really really hate how certain people are shoved down your throat and young people thinking they need to look up to or aspire to be a Kardashian, for example. It’s been said a thousand times that culture is dying out and there is less of a cultural movement, i mean the last time something really interesting happened was maybe ’90s rave culture – everything since has been dull as. We are all obsessed with looking back at the past and saying how much better it must have been. Part of the reason we produce something like this is to try and look to the future and try something new. Maybe not a lot is considered new but at least you can try!

TN: Is it vital to you that you stick to your own singular vision and don’t succumb to popular narratives?
MK: Yes i think its really important to stick with your own vision, but not to say we should ignore everything else. We are inspired by a lot of stuff around us and online.

JD: I realised quite recently that rejecting those narratives altogether is pointless if you’re trying to make change. I think instead we need to find new and considered ways to engage with and challenge them.