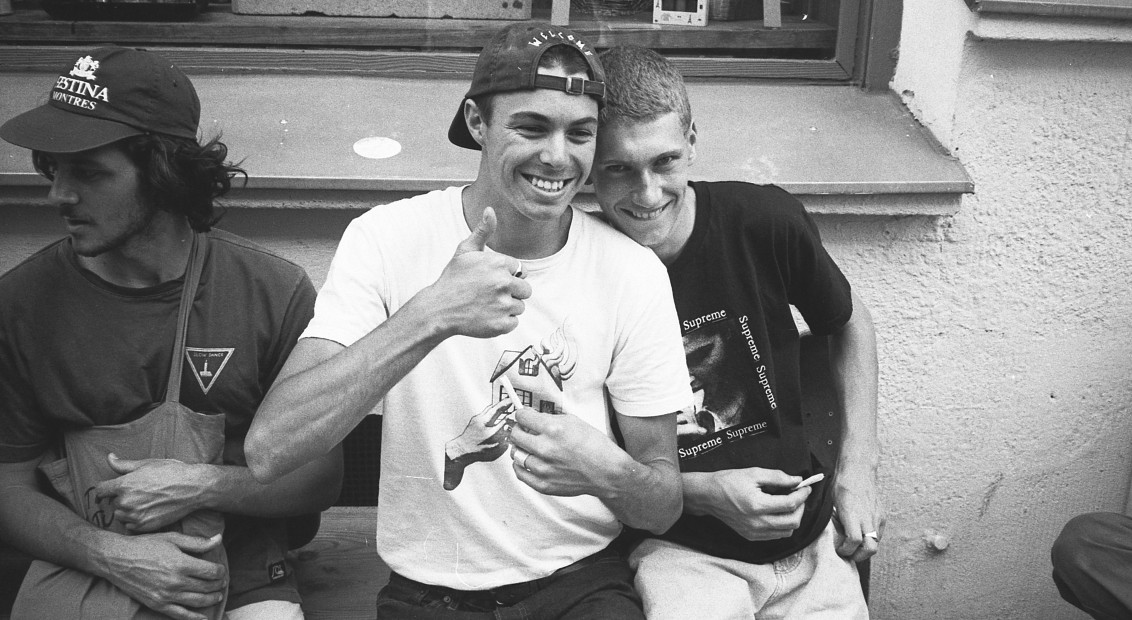 London-based skateboarder and photographer Josh Nice first met the Bordeux-based Perdu skate crew in 2015 whilst they were in London checking out Southbank’s skate spot, a shared love of skateboarding smoothed over the language barrier cracks and an instant friendship formed.

Nice’s latest trek with the French skate crew took him to Berlin for a week. Camera in hand, the photographer documented the group as they rolled around the German capital, hitting up hidden skate spots and exploring the city’s renowned architecture. These candid, black and white images come together to form Nice’s latest zine, titled Berliner Perdu.

Fresh from returning to London, the skater-come-photographer shares his holiday snaps – and the story behind them. 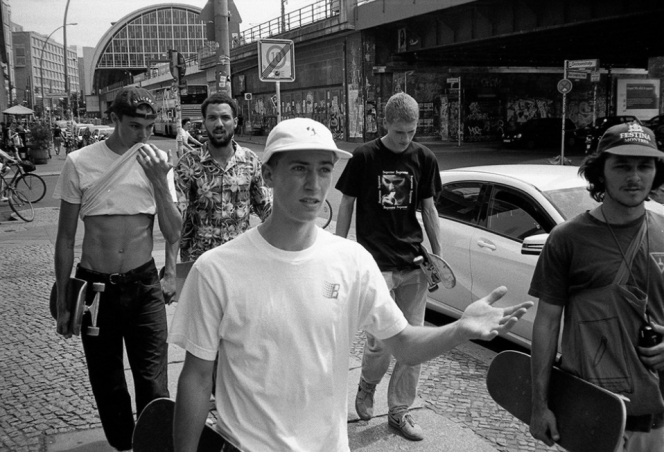 Evan Goodfellow: Can you tell us how you came to know the guys from Perdu?
Josh Nice: I first met some of the Perdu guys last year in September. They are all from Bordeaux and I met them in London whilst they were here skating. We skated and hung out all day and then ever since we have been traveling Europe together. It’s crazy because although me and my girlfriend don’t speak much French, and they don’t speak much English, we can go anywhere in the world together and still have a great time. Our most recent trip being Berlin. Berlin was interesting because they couldn’t speak a word of German so they had to speak English the whole time [laughs]. It’s quite funny too because whenever we drink the better their English gets.

EG: How long did you guys spend in Berlin?
JN: So me and my girlfriend were in Berlin for a week. We were all meant to go at the same time so we could spend the whole week together however the other guys couldn’t change their flight so they ended up arriving a few days before we left. We only spent like three days together but we still had a great time regardless.

EG: What was the inspiration behind creating the zine?
JN: I created a zine with photos from the trip because I like everything to be all in one place. I also love physically holding photos or something that I’ve created, looking at your photos in a publication is way more satisfying than looking at them on a computer screen. Originally I was only going to make the zine so I could give it out to all my friends and the Perdu guys, but then I ended up printing a larger batch because I want as many people to have them as possible. 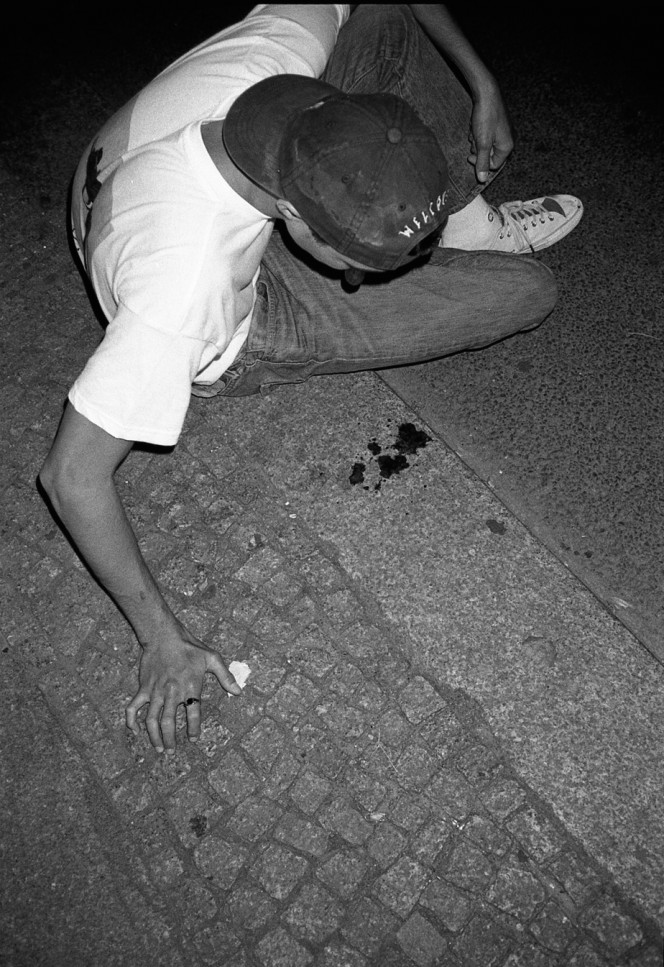 EG: I’ve never skated in Berlin, how are the spots there?
JN: Berlin is a super interesting city. I knew Berlin had a large skate scene because I’d seen a lot of spots in skate magazines and the spots there are mostly smooth, however some are super crusty. It’s not easy to find the spots though, you have to know where they are to find them and it was a bit difficult to just stumble across good places, which was weird because you can stumble across spots in London all the time.

EG: What was your favourite spot in Berlin?
JN: I think my favourite spot was this weird skatepark plaza at the end of the landing strip at the closed Templehof airport. I’ve never seen anything like it, it looks like a skatepark, but a street spot at the same time. Not only that, we had to walk like two miles across the Templehof landing strip and walk through a field to get to it. It was such a good experience though, it was boiling hot and the amount of wide open space was crazy, by the time we got to the plaza everyone was too tired from walking to skate. 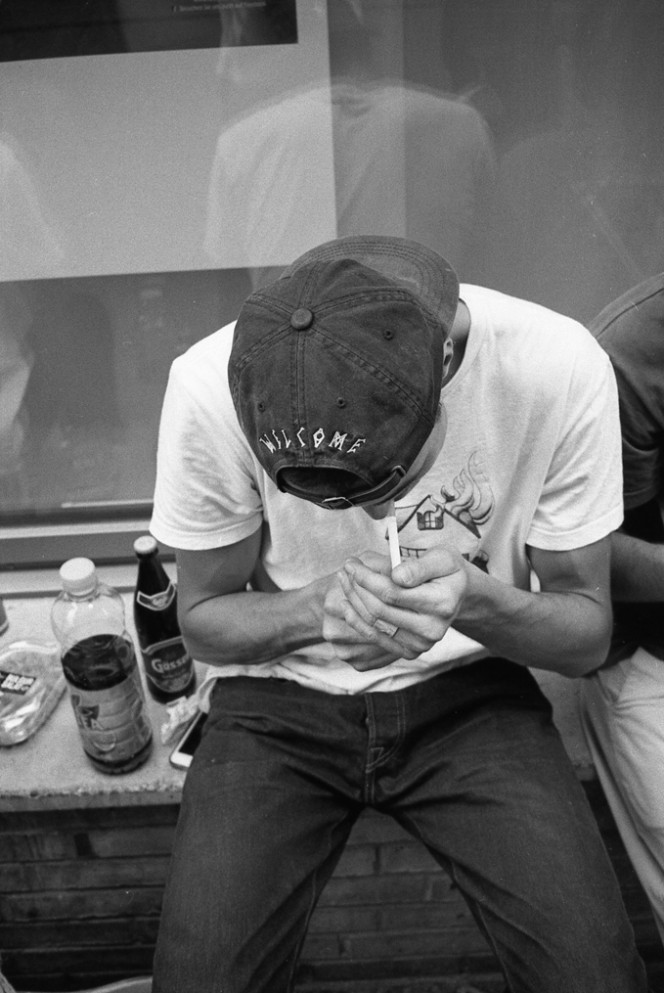 EG: How long ago did you start shooting photos?
JN: I’ve been shooting photos since I was like thirteen but I’ve only started taking it seriously in the past two or three years.

EG: Who has been your biggest inspiration in terms of photography?
JN: My biggest inspiration for photography has always been Ed Templeton. His creativity is beyond anything I’ve ever seen and he’s the coolest dude ever. He paints, he shoots film, he makes books and zines, he’s a pro skater, owns his own company, he’s just the best. I met him and his wife Last year in London and it was an honour.

EG: Did you start taking skate photos first and then went from there?
JN: Yeah I started filming skateboarding and shooting skate photos from an early age. I’ve always skated, I always used to watch hd skate edits on YouTube and I’d use my dad’s video camera to film my friends. I then got my first dslr and I used to film edits on that and shoot silly photos. Then when I grew up I started travelling and going to different places and meeting new people and it went on from there. Skateboarding got me into photography, if I never skated I would’ve never been a photographer. 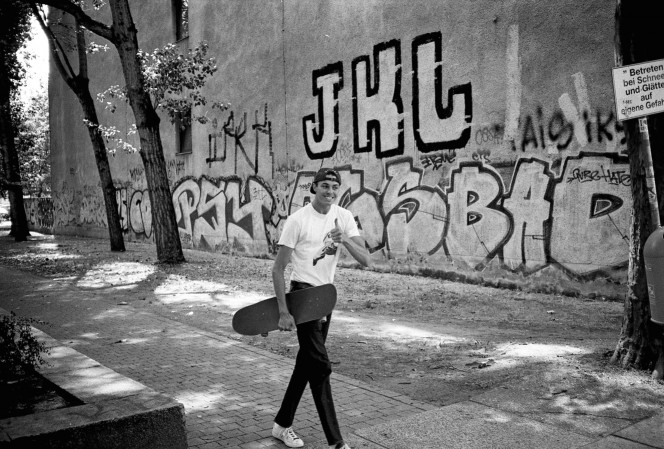 EG: What is the next project you want to do?
JN: I have two projects planned which I’m very excited about. Me and my girlfriend are going to be spending a week in Bordeaux with the Perdu guys, I’m going to shoot so much! I’m planning on making another zine after that trip, similar to my Berlin zine however colour and black and white this time. I also want to shoot a super 8 movie as well as a range of different film formats. I’m also working on Project Upcoming which is an independent zine I run with my girlfriend. We are releasing our second issue in September which is going to be so exciting because it’s even bigger than the first issue. I’m also going to be shooting some stuff in Paris in September some time for a few days which is going to be fun. I really want to go and shoot in LA, hopefully next year sometime. However, Europe is treating me good in the meantime.