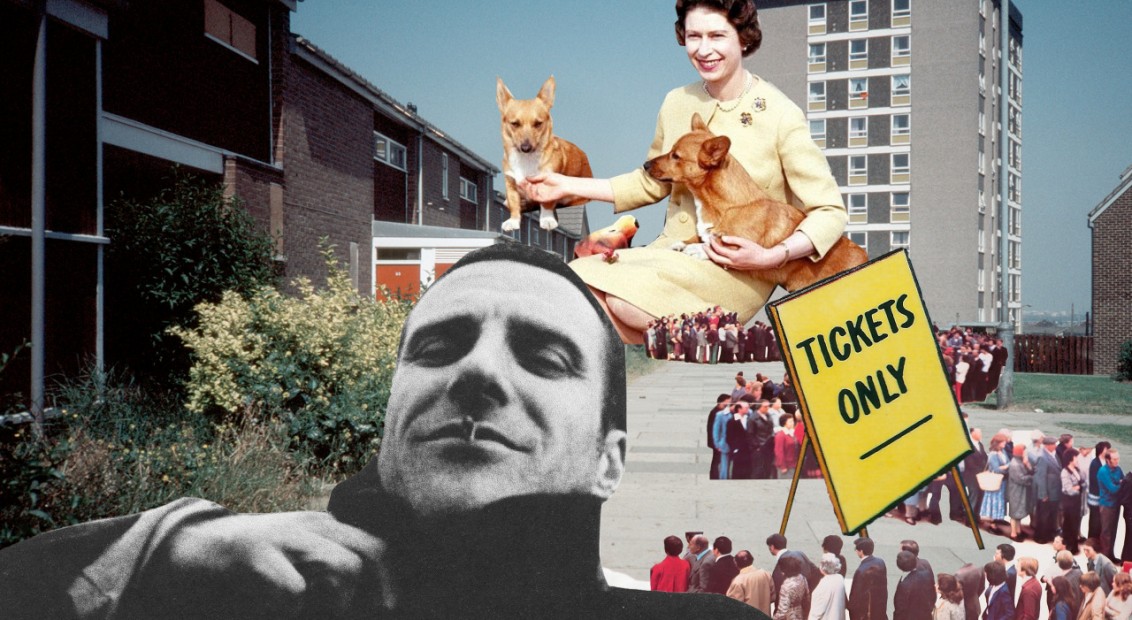 Founded by Josh Whettingsteel and Sam Ford, So Young zine is an independent venture combining the pairs’ love for music and art.

Now on their tenth issue, the duo have honed that intelligent balance between carefully curated music features and contemporary illustrations, bringing both together under a vibrant and accessible publication. Having covered bands such as Baby Strange, Fat White Family, Yak and King Gizzard and the Lizard Wizard, So Young has quickly amassed a cult following that sees it flying of shelves.

In line with the zine’s three year anniversary, Whettingsteel and Ford are holding a double-edged event in London: a Covers and Collages exhibition, showcasing the zine’s featured artwork; and the three-day So Young festival boasting a killer line-up including TRAAMS, The Lemon Twigs and Aldous RH (did we mention it’s free?).

We caught up with Whettingsteel to chat about what it means to be involved in the London zine scene, how well art and music sync together and how keeping in touch with his inner-child has helped him realise his vision. 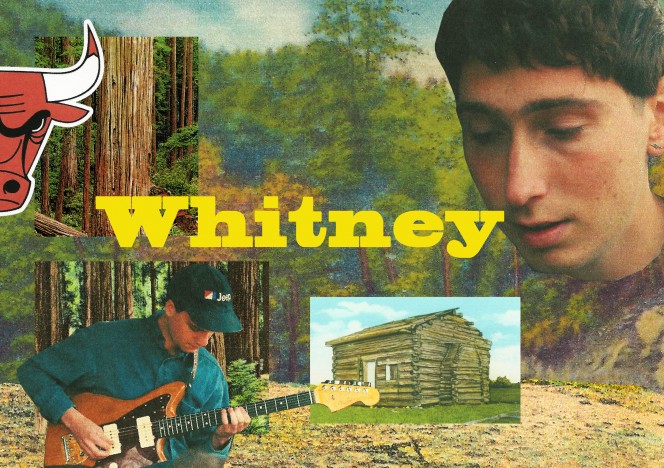 Salomé Baudino: What sparked the So Young idea in the first place?
Josh Whettingsteel: The original idea for So Young came from our respective blogs. I was blogging about contemporary illustration and posting my own collage work and Sam was writing about the best new British guitar bands. We went to a succession of really exciting gigs together and it just made sense to us to start documenting what was going on in this way. I’ve always loved the original punk fanzines so that was our starting point.

SB: How does music and art combine for you?
JW: For me the idea of So Young stems from all the old record sleeves I would see growing up, particularly seeing Peter Blake’s for Sgt Peppers and Jamie Reid’s for The Sex Pistols, they’ve really stuck with me. So from a young age music and art have always been intertwined.

SB: How easy was it to set up? Do you have regular collaborators?
JW: It was fairly easy to set up initially because we had no real goals. The only idea was to create something for ourselves, something that the sixteen year old versions of ourselves would love. But after issue one we gained some real momentum and realised that there were a lot of people like us who wanted to experience art and music in this unique way. We’ve collaborated with loads of talented illustrators who’ve all gone on to do some amazing things and the So Young community keeps growing. We’ve never had any funding, it’s all come from our own pockets. We’ve started to make some interesting connections that will help us to keep going because independent publishing isn’t cheap. Also selling T-Shirts has definitely kept us afloat over the last three years.

SB: Where do you hope to bring So Young in the future? Would you be looking to take it further?
JW: Expanding the readership is the main goal, the Internet has really helped us reach a large audience, so we want to expand our online presence. For our first issue we only printed 100 copies but had a worldwide online readership within a few days. We’ve also started putting on lots of gigs and working with festivals to showcase some of our favourite bands at early stages in their careers. This is something that really excites us going forward.

“I want my work to constantly walk the line between innovation and nostalgia. I think that’s also a good way to describe what we’re trying to do with So Young in general.” 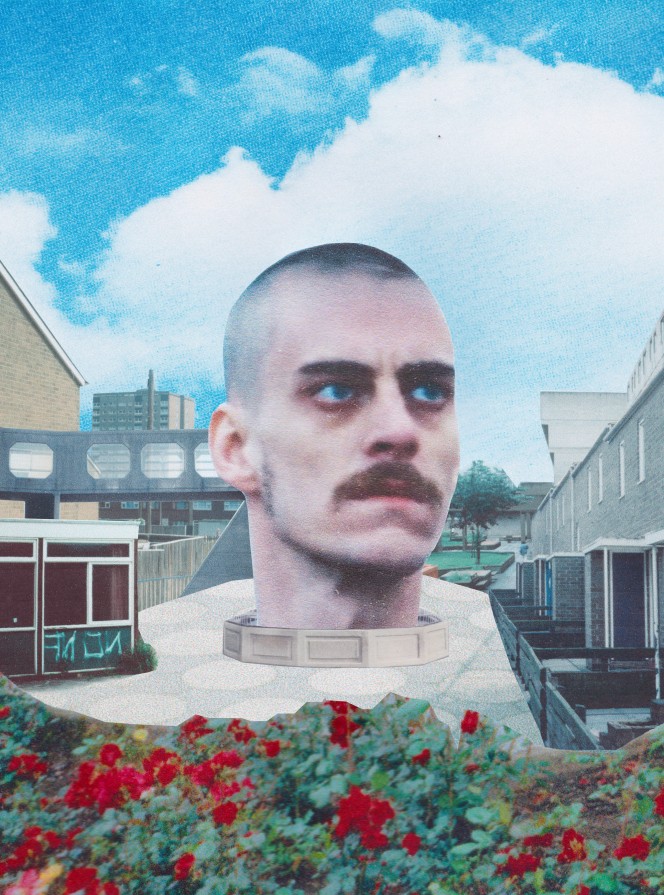 SB: Tell us about your own illustration work.
JW: I’ve always been interested in appropriation within graphic design. I’ve got a degree in illustration but I don’t necessarily think my work fits into that category or fine art. Everything I make has its roots in youth culture or music; I like to think it’s a visual representation of that. I want my work to constantly walk the line between innovation and nostalgia. I think that’s also a good way to describe what we’re trying to do with So Young in general.

SB: And who are your artistic inspirations?
JW: My favourite artists are the ones who visually represented movements in pop music history; Peter Blake, Peter Saville and Jamie Reid to name a few. I recently had the pleasure of interviewing Jon Savage who was one of the pioneers of punk fanzine publishing; he’s definitely been an inspiration for So Young.

SB: Now that So Young has been going for three years, what would you say is the most challenging about the independent zine scene in London and what is the most rewarding?
JW: The most challenging thing is keeping it all going, there’s two of us running the magazine primarily but it is definitely outgrowing the bedroom project it started out as and we have lots of cool people around us helping to keep it going and keeping us on our toes. Independent publishing is very expensive, particularly if you want to keep it underground and not sell your soul. It’s definitely touch and go sometimes as to whether we’re going to be able to afford to print the next issue but we haven’t failed yet. The most rewarding part is waking up on release day morning and looking at all the orders and online reads. More recently, it’s been great seeing our favourite bands playing in front of our massive So Young banner.

SB: Would you say being based in London has helped you establishing your magazine?
JW: I don’t think it’s helped massively, only one of us lives in London and the main advantage of that is the easy access to gigs and exhibitions. More recently it’s definitely helped being close to stockists like Rough Trade and our spiritual home, The Old Blue Last in Shoreditch, but I think we could be based anywhere and it would still work. We more or less run it from our laptops in pubs and cafes and we can communicate with collaborators all over the world.

Covers and Collages exhibition and the So Young festival will both be taking place at The Old Blue Last on Wednesday 10th August–13th August. More info on So Young here and Josh Whettingsteel’s work here. 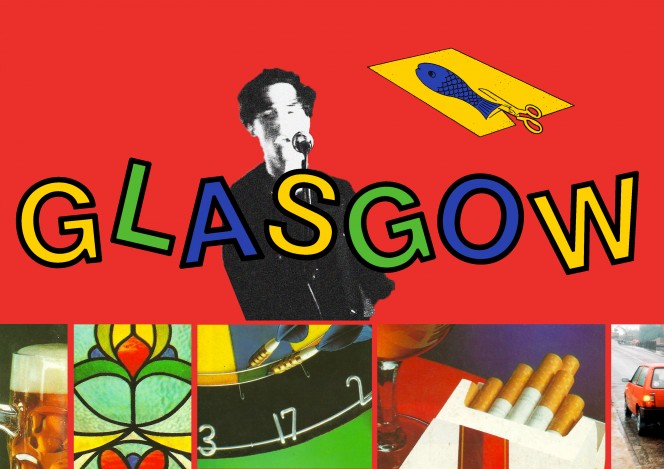