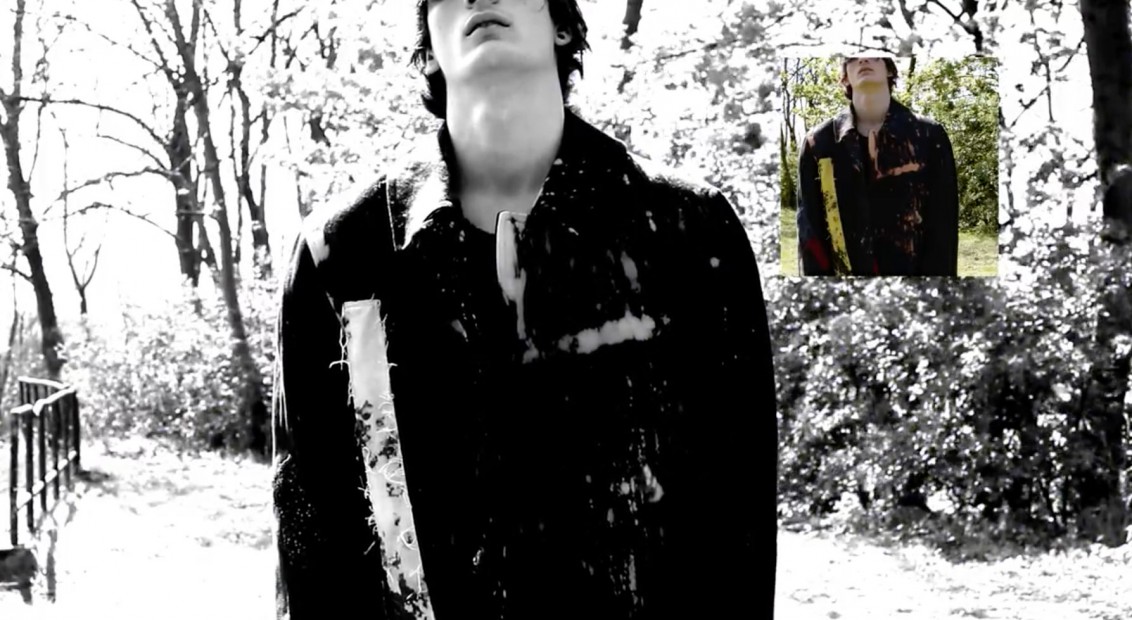 The defining moments of Raf Simons 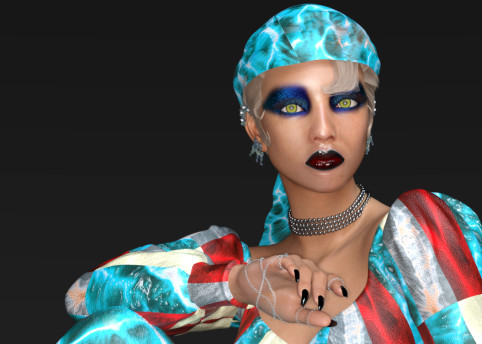 The fashion world went into meltdown last Tuesday after Raf Simons was announced as the new chief creative officer for Calvin Klein. It comes after months of rumours surrounding the Belgian designer, who announced his departure from his three-and-a half year tenancy at Dior late last year.

Known for his integrity of construction, fabric composition and super sharp tailoring, Simons is renowned for his technical skill, combined with a D.I.Y. ethos that stems back to early days as an industrial and furniture design student. But think Raf Simons and your head goes to his innate ability to interpret youth culture (and that’s what has really defined him), filtering it all through his own art-tinted lens he dreams up conceptual clothing of the realest degree.

To say we’re busting to see what Simons at Calvin Klein looks like is a severe understatement. So, to keep the anticipation at bay, we’re rounding up Raf’s most defining moments for your viewing pleasure. From early beginnings to 90s Raf, from the minimalist years at Jil Sander to haute couture at Dior, here’s your quick-fire cheat sheet to Raf. 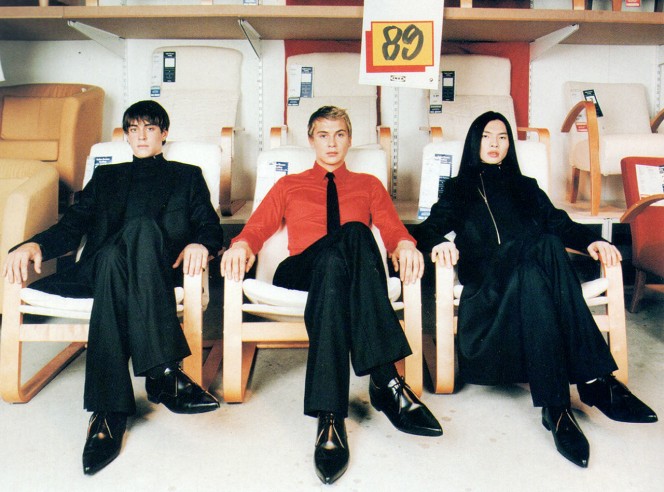 The fashion industry today has become so elitist that a degree in the discipline is often a rite of passage to even becoming a designer – let alone a successful one. So the fact that Raf Simons was a self-trained designer who never studied fashion design pays testament to the power of raw talent.

Simons was a graduate in industrial and furniture design at a small college in Genk, Belgium, an experience that would, down the line, filter into his minimal, D.I.Y. aesthetic. Still, the young creative wasn’t satisfied with his prospects in the industry, citing the process of manufacturing to be slow. On attending the SS91 Maison Martin Margiela all-white show in Paris, he shifted his sights from furniture to fashion design, and that was that. (Later, Simons recalled that seminal Margiela show to have been a huge influence on his work moving forward. It runs strong,  from his minimal vision to his more deconstructed nuances).

With the support of his then mentor Linda Loppa, head of fashion at the prestigious Royal Academy of Fine Arts in Antwerp, Simons shifted gears. After interning at the studio of Walter Van Bierendonck, he launched his own label in 1995, in Antwerp.

On his rise to fashion designer Simons spoke to WSJ back in 2011 and was quoted saying “I was a huge Helmut Lang fan and I remember I’d see just a little fragment from one of his [runway] shows on TV or catch something in a magazine. It made fashion seem mysterious. I wanted to have access, to be a part of it.” And part of it he would be, his debut FW95 collection spawned an army of street cast models tailored in skinny fit suits. Street casting was an early definer for Simons, who avoided modelling agencies for his first collections in favour of using ‘real’ boys. They were the ones he was drawing inspiration from for the clothes after all, literally generating feedback on his designs from the young men who would ultimately be wearing them.

Music and youth culture is inextricably intertwined and it’s a fact that would inform Simons’ work from the get-go. The designer’s debut runway show for FW97 appropriated pre culture and riffed on the idea of new wave schoolboys, fantastically soundtracked with Tonight, Tonight by The Smashing Pumpkins. The following year for FW98 Simons drew inspiration from German synth-pop group Kraftwerk, those crimson shirts and skinny ties being a direct homage to Ralf Hütter, Florian Schneider, Karl Bartos and Wolfgang Flür of the group, who even appeared as models in the show.

And the killer music kept coming, rattling the speakers with belters from one catwalk to the next. From the presence of Bowie and Pink Floyd on the soundtrack to SS99’s super-street cast show to the influence of Holland’s hardcore ‘gabba’ techno scene for SS00, from Joy Division to New Order Raf’s sonic odes to youth culture and rebellion came to be as big a part of his shows as the clothes.

Simons, an avid art collector, has long been inspired by his favourite talents of the art world, an influence that continues to have a collaborative effect on many of his collections. The most famous of which is his work with Peter Saville, the legendary Hacienda and Factory Records graphic designer. Saville granted Simons full access to his archive of graphics and record sleeve artworks – including cover art for the likes of Kraftwerk (one of Raf’s favourites), Joy Division and New Order – and it resulted in those infamous cut and paste floral prints over khaki anoraks. (Own one of those today and you’ve likely got yourself a deposit on a small London flat.) 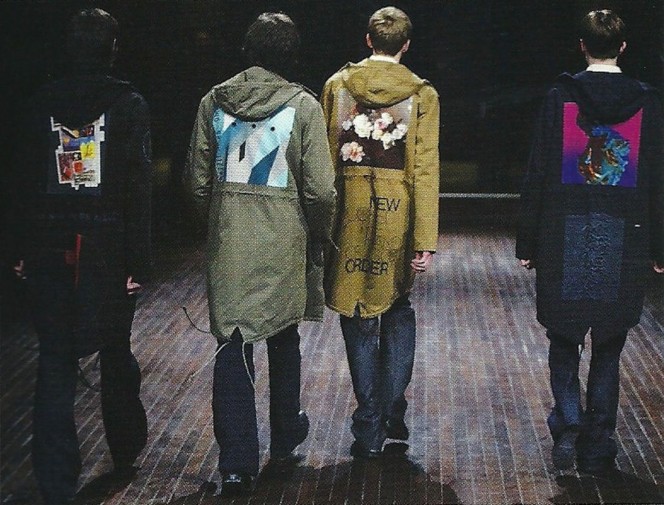 Then of course there’s Raf’s ongoing love affair with the artwork of Sterling Ruby, resulting in a multitiered collaboration for FW14 that took clothing hype to a whole new level. It wasn’t the first time the pair had butted heads, Simons having used a Sterling Ruby artwork as the textile for a haute couture dress in his debut collection for Dior in 2012.

Skip to now and Simons is still channeling art in his output to heavy hitting effect. His most recent SS17 show paid tribute to Robert Mapplethorpe, the legendary photographer known for his highly controversial documenting of New York’s gay and fetish underground in the 1970s and 80s. Mapplethorpe’s face and artworks appeared cut and pasted across looks, side by side with those of longtime friend, lover and music Patti Smith.

Not content with his own eponymous label, Simons was appointed creative director of minimalist icon Jil Sander,the brand flagging following the departure of its founder. Simons maintained the label’s legendary stripped back aesthetic but freshened its scope by injecting vivid, feminine colours and punchy cuts to the label’s repertoire – whilst also introducing the name to a more commercial audience with the launch of the diffusion line Jil Sander Navy.

Simons’ stint at the Milan-based fashion house was a vital learning curve for the designer. Having previously only designed menswear, his time there saw him translate his poetic vision to womenswear and accessories, learning invaluable techniques that would prove key in his later work at Dior and beyond. Simons took his final bow to a standing ovation at the FW12 women’s ready-to-wear show, on a runway decorated by plexiglass cubes of flowers.

Probably his toughest and biggest gig going so far, rivalled only by this month’s news. The fashion world was again in awe as Dior announced Simons to as creative director of their womenswear division. As if taking the role at Dior wasn’t a tough enough job, Simons had a mere eight weeks to oversee his first ever couture collection (you can see the results in the brilliant and incredibly moving Dior and I documentary) and he did it with stunning panache. 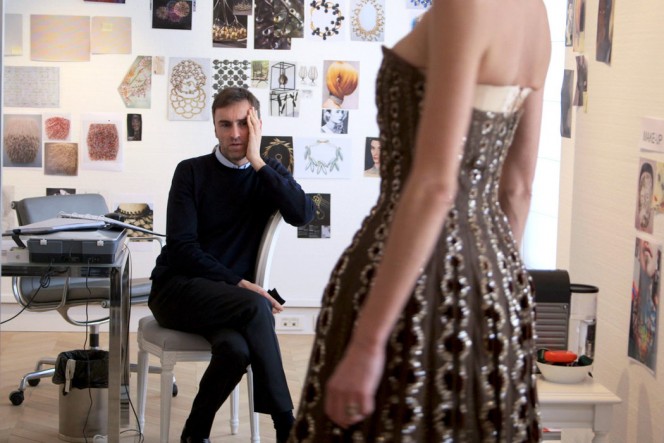 A pivotal point in his career, Simons stepped up to the plate. A-lines and H-lines were revamped, the designer drawing in a whole new audience for Dior via his streamlined sportswear influence and tinges of futuristic glamour and gloss (and then there’s his take on the classic bar jacket – a rite of passage for any Dior designer, and Raf’s version was major). The shows were spectacular; the clothes were beautiful, and yet Simons resigned last October citing “personal reasons” and, in a widely-quoted interview with reporter Cathy Horyn for System magazine, criticising the intense pressure placed on a designer’s shoulders in the fashion industry as it stands today. It’s a subject that comes back into light as the designer prepares to step into his next role, one of many designer appointments and rotations this year so far. 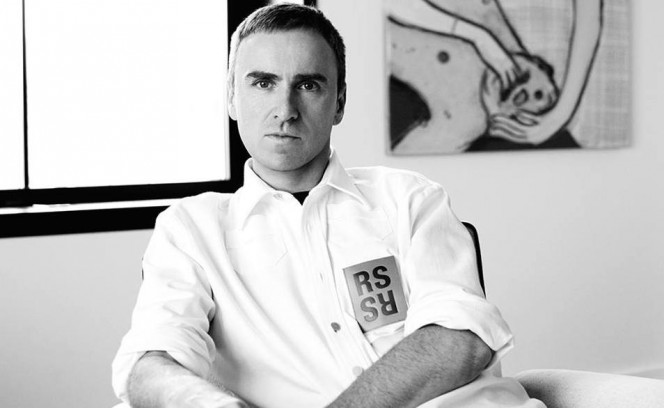 So now we wait and see what is in store for both Simons and Calvin Klein as they partner up together. Both have connotations of youth culture deeply rooted in their respective histories, and it will be interesting to see how the Calvin Klein brand will evolve in line with Simons’ artistic and subversive vision.

Simons will take complete creative control of ck Calvin Klein, Calvin Klein Jeans and Calvin Klein, men’s and women’s ready-to-wear as well as his own eponymous label. Right now we can only speculate on what the US brand may become with Raf behind the visionary helm. Roll on FW17.