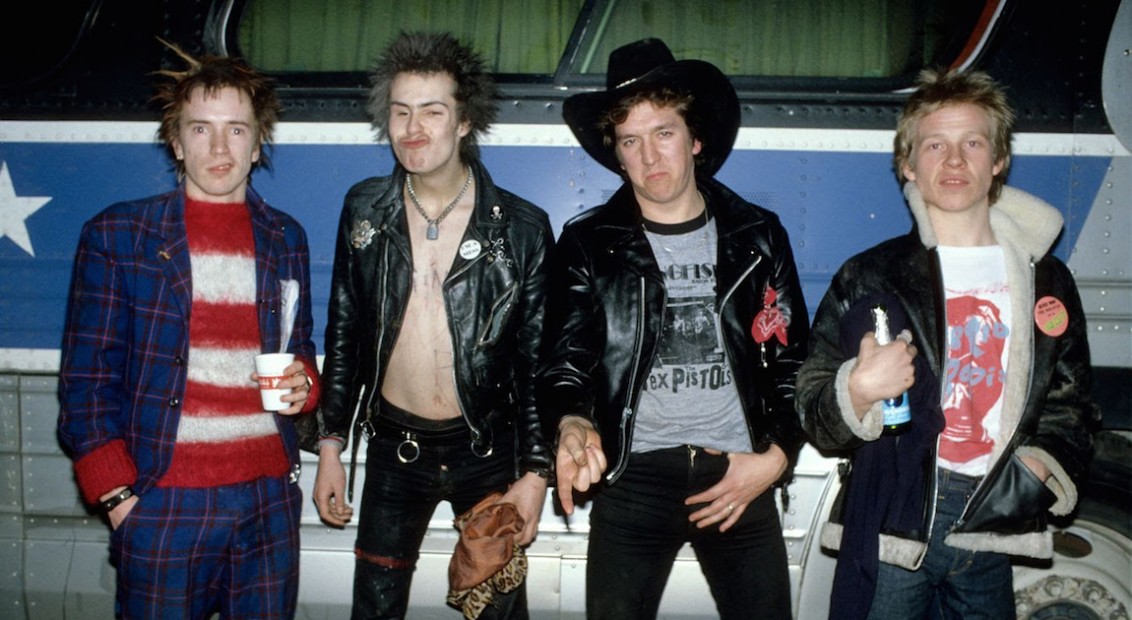 London has gone Punk mad. This year marks 40 years of the subculture and to celebrate there’s a slew of events happening around the city, from archival film screenings to epic exhibitions and talks. To coincide with the British Library’s coinciding exhibition, Punk 1976-78, Jon Savage, aficionado and author of the seminal book, England’s Dreaming, here speaks to us about punk’s DIY aesthetic, that infamous Thames boat party on 7th  June 1977, Brexit, and the current shape of British politics and society. 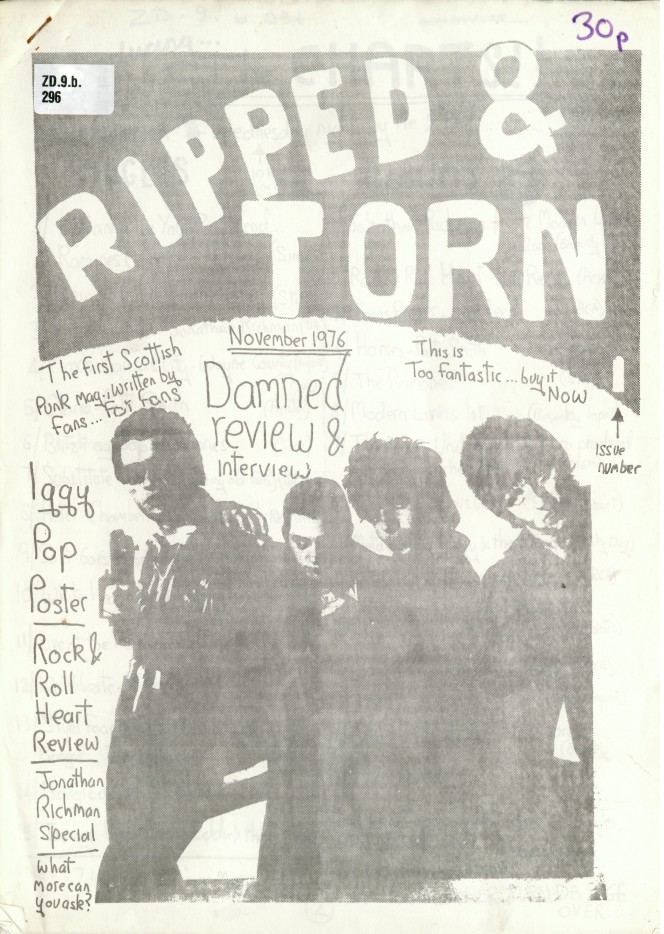 In mid-1970s New York, amongst the vacant car lots and abandoned buildings of the Lower East Side, a cultural phenomenon was taking shape. Imbued with passion and angst, some of the city’s most innovative minds began to collectively and creatively interpret the city’s decaying social, political and economic landscapes. Along the Bowery, a Lower East Side thoroughfare teeming with destitute drunks, artists and addicts, the legendary club, CBGB’s became a magnetic force for a host of revolutionary musicians such as Patti Smith, Ramones, Television and Talking Heads, together igniting the punk-rock phenomenon.

Across the Atlantic, in London the Sex Pistols, together with social rebel Malcolm McLaren and fashion designer Vivienne Westwood, were shaping their own subversive, visceral expression of punk. Rejecting mainstream notions of fashion, recording, and playing music, these four likely lads carved out their own path all spiked hair, studded cheeks and snarls galore.

Ray Kinsella: It’s now 40 years since the birth of Punk; which year or decade marked its ending, or is it still prevalent?
Jon Savage: There are two things here. First, there are many different types of punk today. There are punk rockers all over the world, which is different to what I’m talking about in my book, England’s Dreaming. My book’s about London punk in 1976-77. This is a historical moment and it’s now gone – it went years ago. Now you have to be about 50 to have any direct experience of punk, or even a bit older. So, London punk is historical. The most creative ideas of punk are, for me, the DIY aspects. I love the music, and it is now played out as part of the international language. I’ve just written the sleeve notes for a really good, young, Welsh punk band Y Ffug and they’ve just made a brilliant album. So, punk is still there waiting to be activated, but it’s not like it was in 1976 or 1977.

RK: Why has punk been so influential across the intersection of music, fashion, print and graphics?
JS: The best thing about punk, for me, was it was for brave kids; anyone involved in punk in 76 and 77 were classed as the weird kids; they were the marginalised individuals who found incredible strength by coming together. I was reminded recently, through reading Glen Matlock’s autobiography, just how much work the Sex Pistols put in, and how much intention they had. They really could play, and they really worked hard together – and they were inspired. And I give them enormous credit for being so brave. The Sex Pistols, in the summer of 77, were the only people who stood up and said, “We don’t give a shit about the Jubilee.”

RK: Did punk really challenge the status quo?
JS: I think it did. Because of all the negative press and because of all the questions asked in parliament. There was a period when we were thinking, “What are they going to do next? Which record label are they going to get thrown off?” For me, on the 7th of June, when they went up and down the Thames on the boat – which I was on – and played Anarchy in the UK outside the Houses of Parliament, that was pretty ballsy. The whole thing got stopped, there were police launches all around the boat, and then when everybody got off I’ve never seen so many police in my life. That doesn’t happen today. God Save the Queen was banned across all broadcasting, that’s kind of symbolic of what was happening; and that, for me, shows that the authorities were worried – worried about a fucking pop group. I was really pissed off in 1976-77.

RK: Why were you so pissed off?
JS: I came out of university, and into a recession. I couldn’t see how I could have the life I wanted to have. Anybody that was into rock music in around 1975 had a real sense that something was going to happen. When the first Ramones album came out in 76 I thought, “Whoa, this is it.” I was obsessed with them, and The Saints’ record, I’m Stranded. It’s a great record, the singer just didn’t give a shit. 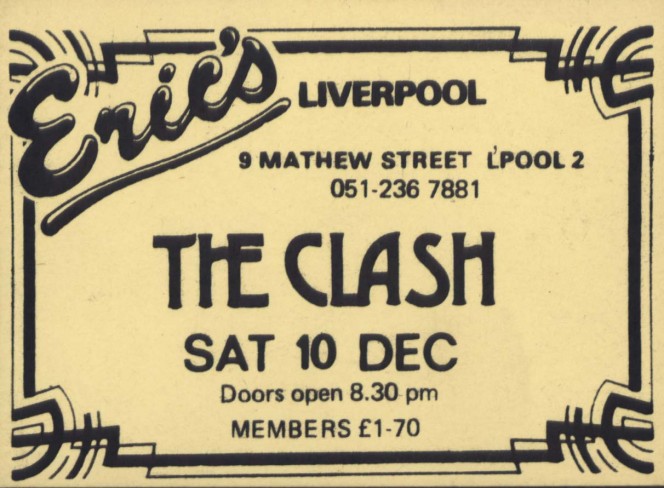 RK: Why is punk still relevant today?
JS: I think it’s probably because it was for the brave. People were standing up and making a noise. I think people really need to start doing that now – things are getting very serious in society at the moment. But the DIY aspects of punk are incredibly important, and have had a huge impact on pop culture in general. Especially in the sense that you could make a record on your own. You see that now with dance music.

“People were standing up and making a noise. I think people really need to start doing that now – things are getting very serious in society at the moment.”

RK: Why, in your opinion, isn’t there a new cultural phenomenon like punk to challenge the current British socio-political climate?
JS: People of my generation were imbued with the sense that pop music was really saying something. I was 16 in 1969, so I was brought up with lots of left wing and radical ideas – which I was fascinated by. We had the ideas of pop culture in the mid 60s, and the radical ideas of the late 60s. Then in the 70s we had the Thatcher era, and her policies towards young people, which have continued ever since. We can see it now with this Tory government, where they have basically chucked young people into the bin. It’s completely disgusting. If you don’t invest in, or value the youth of your country, then what you’re saying is there’s no future for your country. And that’s exactly what’s happening at the minute. As an older person, my job is to inform and assist them and encourage them to make changes. That’s the only way we are going to survive.

“If you don’t invest in, or value the youth of your country, then what you’re saying is there’s no future for your country.”

RK: Do you think, with Brexit and the immense social divide in Britain in recent years, we are headed for a youth uprising to rival the punk movement?
JS: Honestly, I don’t know. I can’t think that far ahead. I’ve been very upset by it. People say I’ve got to accept it, but I don’t. And the reason I don’t is because of the lies propagated by the Leave Campaign. Because the vote was so close, even without the lies, it’s hard to give a mandate on the outcome. So, my immediate thoughts were: could the decision be changed? People say to me that campaigning against the decision is ‘undemocratic.’ But what I say to them is lying, deceiving and bullying people into voting leave is undemocratic. It’s really for young people like you to figure out what to do, and for older people like me to give assistance where I can. 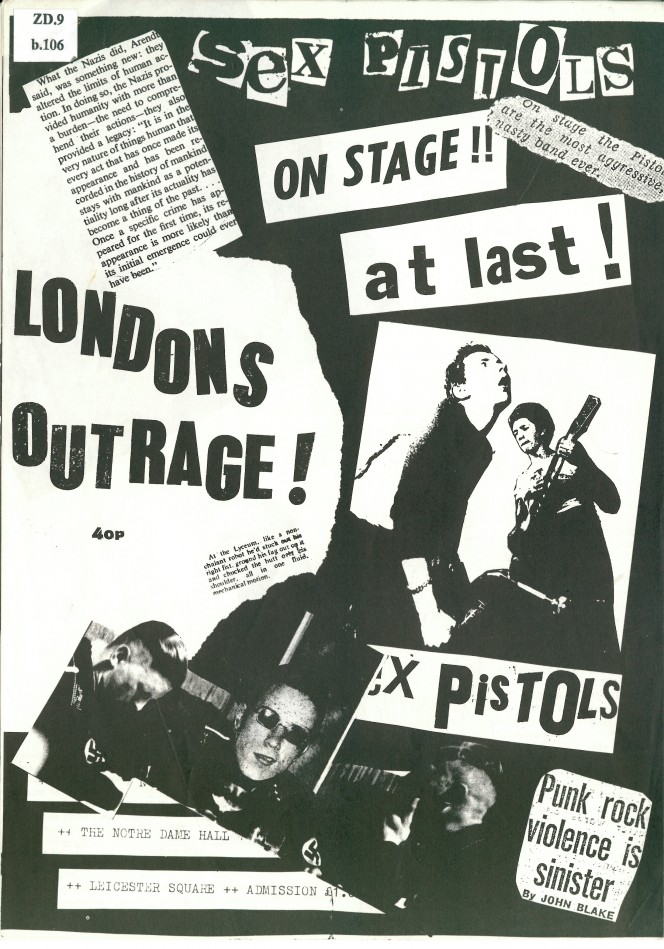 RK: Britain has historically been an epicentre for youth subcultures; what makes and breaks a subculture?
JS: Let’s take punk more specifically; it was really focused, and there was very little else. Malcolm McLaren and Vivienne Westwood and all the people around punk were very focused. Like the Beatles, Punk is one of the greatest pop stories ever – and people will be thinking about it forever.