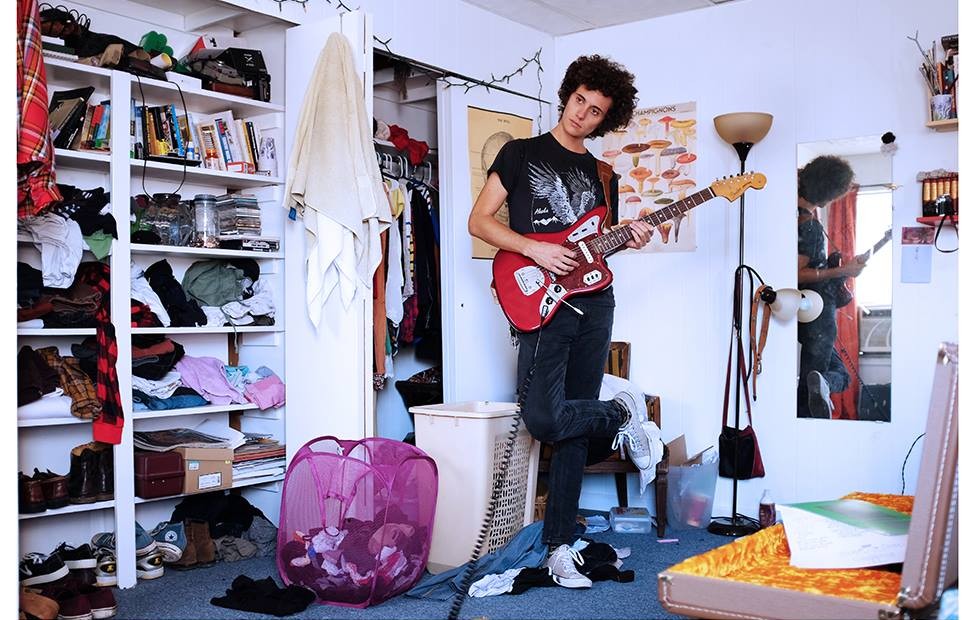 A window of discovery led Ron Gallo away from his Philadelphian roots and towards an exploration into the sound of Nasville, Tennessee. Fuelled by discontent, the musician approaches music as a medium to realise his thoughts: firstly in written form and then powerfully on stage. A Dylan-esque quality to his punchy, poetic prose, Gallo’s philosophy is ‘if you can’t beat ‘em, join ‘em’, tackling societal issues and observations headfirst from every angle – Dylan’s iconic yell of, “Play it fucking loud,” rings true.

Gallo recognises the platform is at his disposal to encourage listeners to think outside of what’s been achieved in a mainstream sense. He’s not full of contradictions, he’s just human. Gallo’s experiences and thoughts are what punctuate his new EP RG3, featuring singles Kill the Medicine Man and Young Lady, You’re Scaring Me. His lyrics drive a live performance that runs off adrenaline and fury, and with a sophomore LP on the way, the Nashville-based musician is setting his sights far and his destination, unknown.

Clementine Zawadzki: How did your musical journey begin?
Ron Gallo: I was in a band called Toy Soldiers that went from a two-piece, lo-fi, garage rock thing, to a twelve-piece freak show, and then it went down to a five-piece thing. It went for about eight years until we disbanded and I’m on a solo pursuit of sorts now. We toured and put out some records, but I just think bands are kind of unrealistic. There’s a timeline, or deadline, and at some point people are going to feel differently to the other people in the band. For me, being a solo person, I can’t really break-up, I can just die, so I figured it seems logical to have that freedom. As of late, I’ve just been really drawn to having the feeling and need for rock ‘n’ roll, and I just feel with the state of the world, there are things that should be said, so that’s where I’m at. I’m kind of really submerged in early punk stuff from the 80s and 90s, and New York in the late 70s, like Richard Hell, Television, and Iggy Pop. They’re outspoken, freakish characters that I see myself identifying with.

CZ: What was the appeal of Nashville?
RG: I just really love the underground rock ‘n’ roll and punk scenes that are happening in the shadow of all the big pop country stuff. I needed to get out of Philly, and Nashville just seemed like a really logical place. It’s fairly new, I’ve only been there for three months, but I’ve met people like OJR, and there’s a record label called Infinity Cat, and there’s just a lot of great punk and garage being made there. I’m really into it, for the time being.

CZ: Is it encouraging as an artist to meet like-minded people wherever you go?
RG: It restores my faith in humanity every time it happens. It’s not like small talk, but you kind of just have to hang out with people for a bit, and then once you get talking with somebody, I love when the conversation steers into how people view things, including the state of music. It gives me chills when I encounter someone who feels the same way, and is conscious and realises the need for it. I love finding the bitter, cynical people out there, because it makes you feel less alone. I’m starting to see a backlash, like people are getting tired of easily accessible plastic music, you know, songs about last night, like who gives a shit? I’d rather look at the election and the state of tourism and culture. It’s time to do something real. It’s a universal language, and I think it should be used as such.

CZ: With all of these ideas in mind, what is your writing process like?
RG: Looking at the most recent record, Heavy Meta, which will be out in late September, it was just kind of allowing myself to look at the world around me in a personal, but also larger picture. It covers my ideologies on medication, whether it be drugs and alcohol or prescription medications, and the role that’s played in my life in terms of my loved ones, and seeing the effect it’s had removing that stuff from my life, and just how socially acceptable it is in America. It’s people using substance to dull their senses or dull their outlook, whereas I’m just so fuelled by taking on everything straight and just facing things and the power that can have if you just look at things from a clear perspective. There’re songs about the really dark side of domestication, like living with someone, and there’s a song called Why Do You Have Kids? which is about the cycle that’s created from shitty parenting and the way that they treat their children and then what they grow up to be. All the Punks are Domesticated is just this post-apocalyptic view that if things keep going the way they’re going…everyone’s kind of hung up their hat and given up on it, and music is just pristine and there’s no edge to anything and nobody’s saying anything. It’s just like confronting my biggest fears, as opposed to just writing about some made up story or love songs. There’re only so many times you can discuss the same thing, and there’s plenty of room for it, but I’m just not passionate about it. I don’t care about the song about the cell phone, or the club, it’s just small-minded and provincial. I’m just trying tackle all the stuff I’m pissed off about. 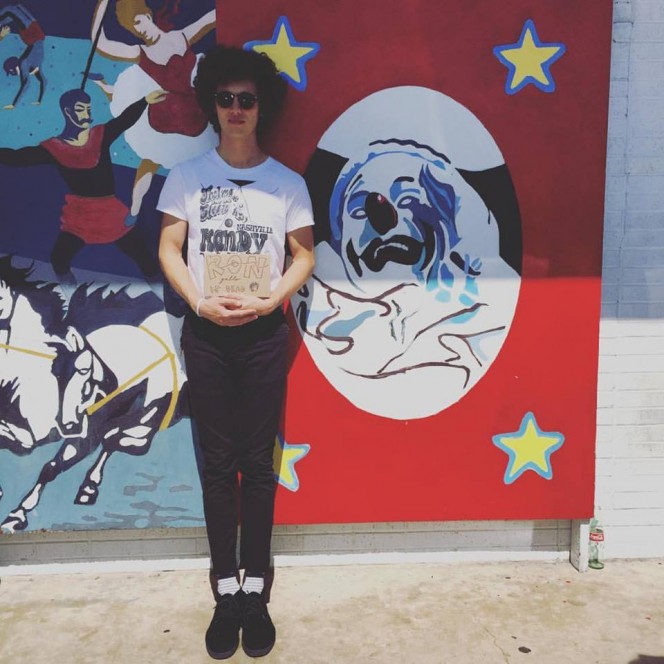 CZ: Has this voice changed since your first LP 2014’s Ronny?
RG: Sonically they’re almost polar opposites, and also in terms of the place I was coming from. The first record is sort of this weirdo, whimsical countrified acoustic album, and a lot of the songs are just me hiding behind some sort of joke, I guess just not taking myself too seriously. I think that was a result of being burnt out on music from my old band and it having become such a business and such a serious thing that it got to the point where my rebellion to that was making an ‘I don’t care’ island-y sounding, light-hearted album. The front cover is my face with a slice of pizza on it. There’s elements of finger pointing and confronting certain things, or approaching songs with a light and dark ‘it’s funny because it’s true’ kind of thing. Life over the course of the last two years has really kind of kicked my ass and there’s been a lot of change and transformation, the whole Saturn returns thing, so I’ve kind of come out the other side, at least musically. It created this infuriated, aggressive, rock ‘n’ roll machine, especially live.

CZ: Are you one to embrace change?
RG: It’s my way of keeping myself honest. I think evolution is something that a lot of my favourite artists have done and I think it’s down to the fact that we can’t sit still, and we go through things as people and stages in life and our interests are changing. I think it’s important to mirror that. I’m kind of a sponge for whatever’s going on the time, a chameleon in a sense. Who knows what the next record will be? I might make a disco album…

CZ: You’re touring at the moment. What inspires your live show?
RG: Playing live is the greatest place on earth for me. It’s where I feel most in the moment and most alive. But for me now, especially with these songs coming from a place of saying ‘fuck you’ to a lot of things, I think I tend to just play against the crowd. It’s really in your face and it’s almost like something possesses me for the 30-45 minutes that we play. It’s me challenging those things song-to-song, reliving whatever bitterness or fury from when the songs were written. Without trying, I just assume those roles and it gets pretty physical and taxing. I feel like I need to start running more. I just really like letting loose and not being afraid to do that. It makes the nature of the show very unhinged and very primal. It’s like, if you’re going to be in this room, you’re not going to be on your phone, you’re going to think and feel things. That’s the whole point of it.

Ron Gallo‘s RG3 is out now and he will be playing at (le) poisson rouge on April 28th w/Acid Dad.