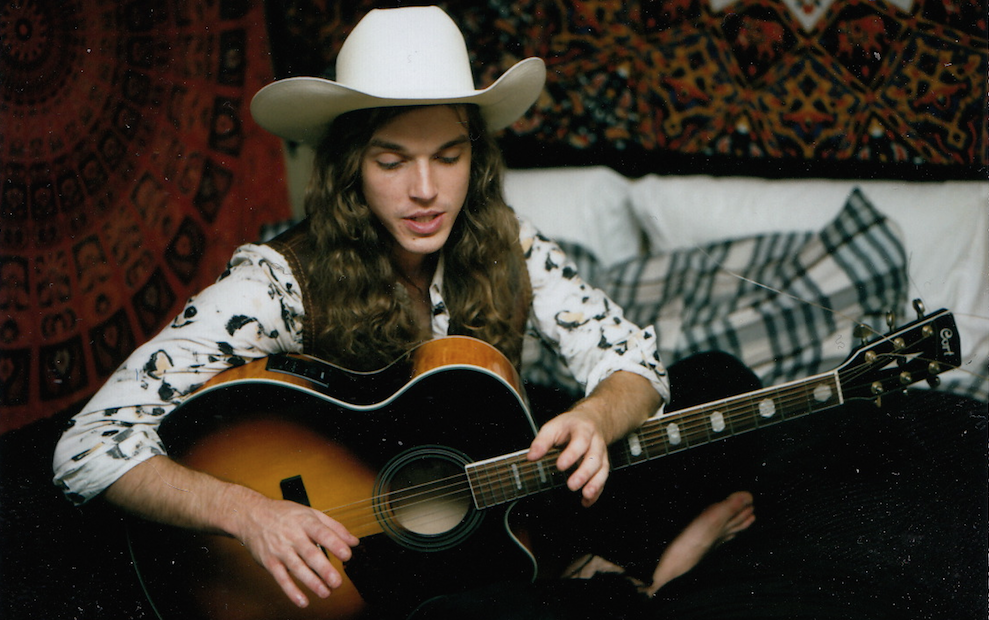 From his Virginia roots through busking in Peckham and onto Nashville, Oliver John-Rodgers is on a musical pilgrimage

With long locks and a voice straight from the Blue Ridge Parkway of Virginia, Oliver John-Rodgers instantly harks back to the days of Flower Power, when Hendrix soundtracked sticking it to ‘The Man’ and musicians had clout.

“Once I have the podium, I swear to goodness I’m going to say things the way artists used to,” says the musician, more commonly known as OJR. Nonchalant by nature, perhaps, but he’s impassioned about the world we live in, and his role in it. Between the apathetic and the overwhelmed, OJR’s position as a mouthpiece is one he takes earnestly. The songwriter is compelled by restlessness in his artistry, ostensibly forever with a bag packed and a plan to just see what happens.

After studying at NYU, OJR rejected the opinion that super fuzzed out indie-rock was the only ‘cool’ and ‘interesting’ realised genre, and left the concrete jungle to travel abroad. The self-confessed Anglophile spent a couple of months in London, busking in the streets of Peckham, before running out of money and returning to Nashville. This duality is notable in his first two LP’s High School and Human Style, however 2015’s Nashville Demos shows a sonic departure, and one that he’s currently expanding on. Not half-hearted, this Acid Cowboy is bringing psychedelia back, right down to its roots. 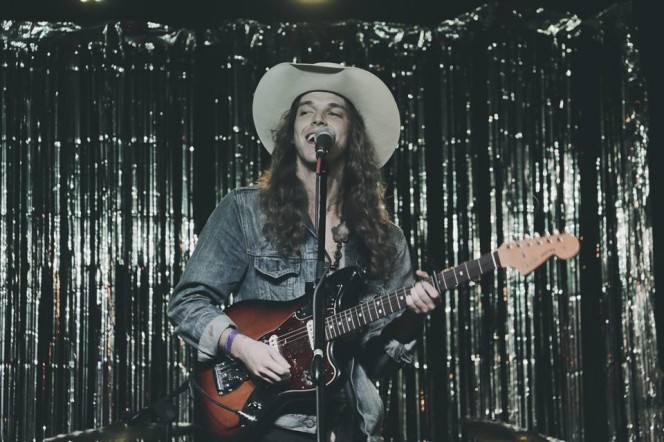 Clementine Zawadzki: What is your earliest musical memory?
Oliver John-Rodgers: I wrote my first song when I was thirteen and I’ve been writing songs ever since. I started on drums when I was probably seven or eight, but they don’t allow much creative expression, I felt a need to say something and that’s what spurred me to get a guitar. I grew up in the ‘90s, so my dad always had Nirvana going, but I didn’t listen to The Beatles, the Stones or Zeppelin until years later. I’m still discovering the classics everyday. I’ve been putting out songs for quite a while now. I found an old computer recently and I’ve written 127 songs so far.

CZ: Was finding those lost songs like finding a modern day treasure trove?
OJR: It’s really badass. You can go back and trace different periods based on the songs you were writing at the time. I was just talking with a buddy last week on the road about how the guitar you’re playing can determine how many songs you’re putting out, or what your bedroom looks like. Like, right now, my bedroom’s a shithole. I’ve had some great bedrooms over the years, but this one’s probably my worst so far. It’s just like mice walking around in broad daylight, just hanging out. It’s so cluttered. The recycling program here, especially in the south of the States is not very good, so I personally collect all these bottles, but it just piles up…anyway, I’m telling you all of this because I’ve noticed my songwriting has slowed down since living in this house. I guarantee you that so much of it has to do with the environment you’re in. It’s a reflection of your mental space, and I think because I’m in a really cluttered zone, I can’t really breathe and just sit and play guitar. I’m not worried about it though. We’re going to clean this room up and we’re going to make this bedroom great again.

CZ: I was expecting you to say you’ve been writing songs about mice
OJR: I have written one. It’s called Mouse Man: “Mouse Man, get outta my house, man,” is the chorus. I moved to Nashville from New York City a little over a year ago. New York has such a terrible roach and rat thing that I was finding myself writing very grungy, bleak songs. It’s all very metaphysical.

CZ: Are songs like keeping diary entries for you?
OJR: It actually goes beyond that. I think, for me, it’s a way to come to grips with a situation. Your thoughts on something – a person, politics -, once you commit it to song, it’s there. So, if you’re not sure where you stand on something, or you’re going through a traumatic experience, it’s a way of tackling it. I’m coming out of a breakup right now and I don’t know how I would cope with that, or wider issues such as the state of America and it’s politics, without an ability to frame my understanding of it.

CZ: Do you want to challenge people’s thinking about societal and/or political issues through your songs?
OJR: I think it’s risky business. I think when I was starting out I had no pressure to get on the radio, or say or do anything particularly commercial, so it’s just this open road, and you get to talk about whatever the fuck you want to. I was doing just a pretty typical, Dylan, acoustic-harmonica type of setup, and I would sing protest songs. I was living in New York, so I was really involved with Occupy Wall Street, and I was able to really dig in deep and discuss politics.

It’s terrible and cynical, but when more people start listening to you, the less freedom you have to run your mouth about certain stuff without something telling you: “Hey, you can’t say that.” With social media now, you’re also subject to immediate scrutiny. I would love to write my thoughts on everything in America, about guns, about mental illness, about Bernie Sanders. I would love to go on and on about the state of America and what it means to me to be in the world, but most of my fans on Facebook are 60 year olds living in their small towns. In the ‘60s and ‘70s there was a lot of social commentary in music, and if you were given that responsibility as an artist, you were expected to say something of value. Whereas now, if I were to listen to Billboard radio, like Top 40 commercial radio, it puts me in a dark place because it’s upsetting just how many people aren’t doing anything to make this world better. The number one thing I miss about living in the UK was the youth actually gave a shit, just firing up about stuff.

CZ: You’ve mentioned London and Paris, and you actually recorded your latest record Nashville Demos in a variety of cities, didn’t you?
OJR: I’m very much interested in what’s about to happen. It doesn’t take a genius to know what is happening, but I like to have my finger on the pulse. I just came to a place in New York where I realised, as awesome as it is – and I had a lot of opportunities there -, I felt like that scene, at least musically, was bankrupt. It’s still thriving for fashion and design and all these other sectors, but I felt as an artist it was dried up in a way. I think Paris represents this magical, faraway land to most people, and I intended to stay there and settle in life – which I did for a while – but I went to London and it just totally fascinated me.

I hitchhiked from there to Berlin and met some awesome people, and those songs were just about being a traveller, not having any itinerary. One night I would sleep behind a gas station, the next night I would stay in somebody’s mansion, or somebody’s outrageous flat in some awesome city. So, highs and lows, and when all was said and done, Nashville Demos served as a snapshot of my travels. I love Nashville, it’s a great music scene and people are definitely paying attention to it right now, but there’s just something about Europe that I haven’t really gotten over yet. 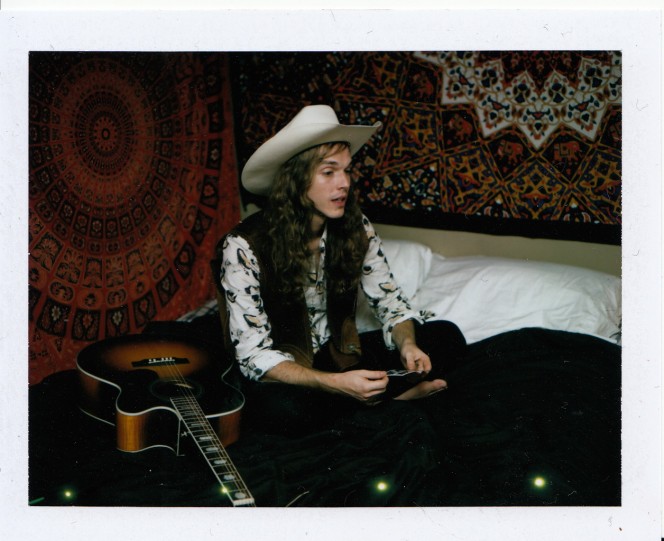 CZ: What can you tell me about your new single, Somnonaut?
OJR: A couple of years ago, when I was living in New York, I used to always have these insane dreams; wildly vivid dreams, uncomfortably intense at times and deeper than the Mariana Trench. And this was, for a while, every single night of the week. I’d wake up daily with my mind blown all over the place. It was seriously far-out stuff, man. So for a period there I was writing songs, poems, and prose exclusively about my ability to dream and to remember my dreams in excruciating detail.

‘Somnonaut’ – from Latin somnus (sleep) and Greek nautes (sailor) – came from a sort of insatiable need within me to declare: “Hey, I’m not jokin’ around, y’all. These dreams I’m having are absolutely bonkers!” The craziest psychedelic there ever was. “Please let me sleep… Sleep is a trip for me.” When I returned to the States from London, in the fall of 2014, I was restless and eager to turn my time abroad into unprecedented creative energy, sheer productivity as an artist, and to push the boundaries of the basic self-recording tools I had available to me. I completed most of the track in one night in my parents’ house, in their straight-laced, country-club community. They’re total sweethearts for not freaking out at the loud howls and psycho sounds emitting from the basement at 4am in that trippy-dippy recording session.

CZ: What’s next for OJR?
OJR: I’m heading into the studio next month to record an EP titled Acid Cowboy with a producer named Tim Craven. I’ve never properly recorded in a studio before, but I think this is the perfect opportunity to get “out of the bedroom,” so to speak, and to record live with a band. Welcome to 1979 is a totally analogue studio, one of the best in Nashville, and it’s almost entirely vintage gear from the ‘70s. It’s going to be much bigger and more dynamic, so expect some very lush, warm, and full sonic vibrations coming your way later this year. We’re keepin’ the dream alive. The cover is a collage, made by various visual-artist mates of mine, Sarina Perez, who’s a badass chick I used to live with in NYC, did the original painting. On top of that is far-out illustration by the world-renowned Lea Marcaccini, a Londoner I met in NYC, and travelled with throughout Europe. She’s the real deal. 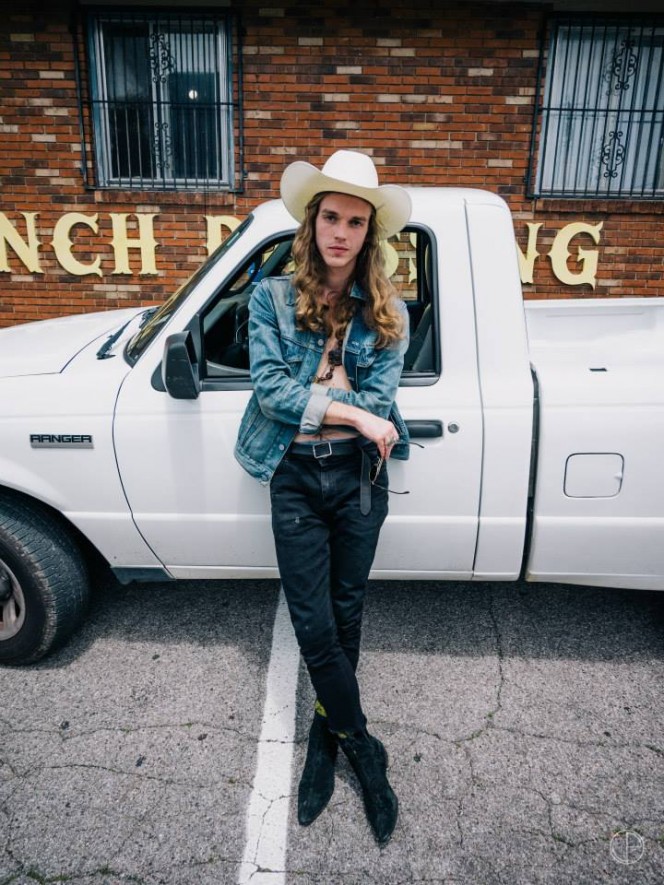