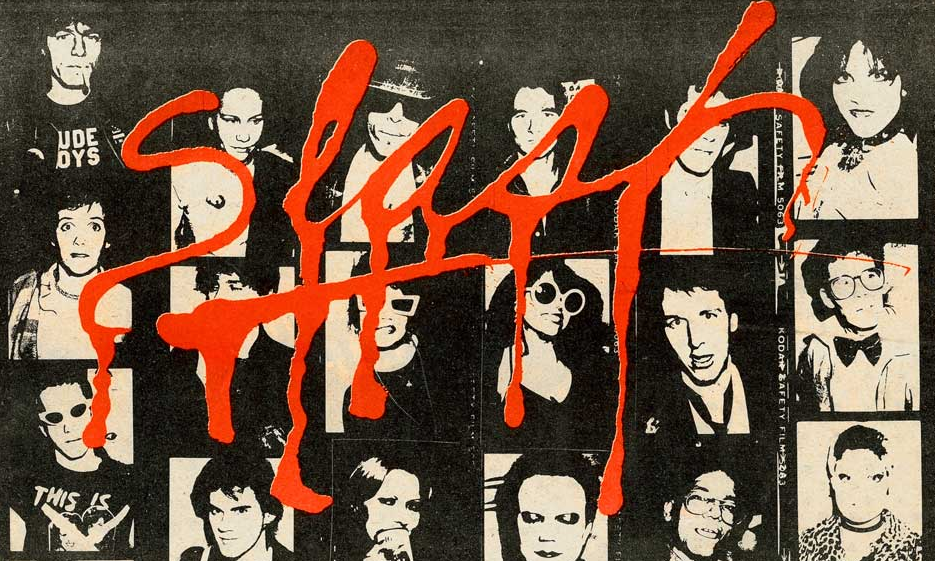 Hat & Beard press have announced the upcoming release of a full anthology documenting the pioneering LA-based Slash magazine, one of the most influential cultural publications to be published in the twentieth century.

Slash was an independent magazine that was published for just four years in LA between 1977 and 1980, which mainly covered the exploding punk and alternative music scene, as well as reggae, blues and rockabilly. Its distinctive design and writing style came to inspire an entire movement of zine making in the 80s and 90s, and as such the magazine had a huge impact on the DIY punk scene. Much like the magazine Punk did for the East coast, Slash came to define the punk scene of the LA in the late seventies, creating a visual and editorial legacy that lives on in pretty much every zine or alternative press in circulation today.

The magazine played a substantial part in introducing American audiences to British bands such as The Clash, Siouxsie and The Banshees, and The Damned (all early cover stars), while also giving a tonne of exposure to local bands on the LA scene such as The Germs, Devo, and The Screamers. 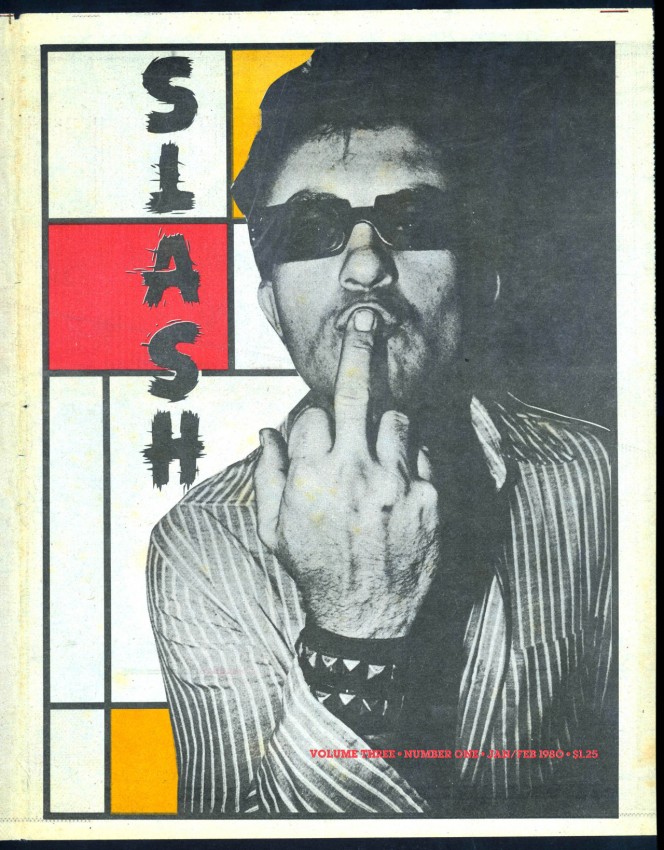 Massively ahead of its time, both in content and design, each cover acts as a work of art in itself, a brilliant mix of visceral imagery and pop art colours. Accordingly, every cover is reproduced here, alongside some of the best articles and reviews from the magazine’s team of Jeffrey Lee Pierce, Chris D., Pleasant Gehman and Claude “Kickboy Face” Bessy, who went on to be visual DJ at Manchester’s Hacienda.

The anthology will also feature new essays, reports, and oral histories of the scene and magazine, and gives a fascinating insight to a key period of American music and media history. 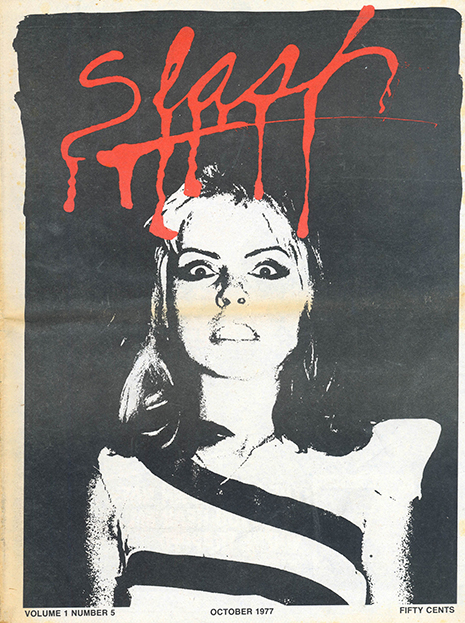 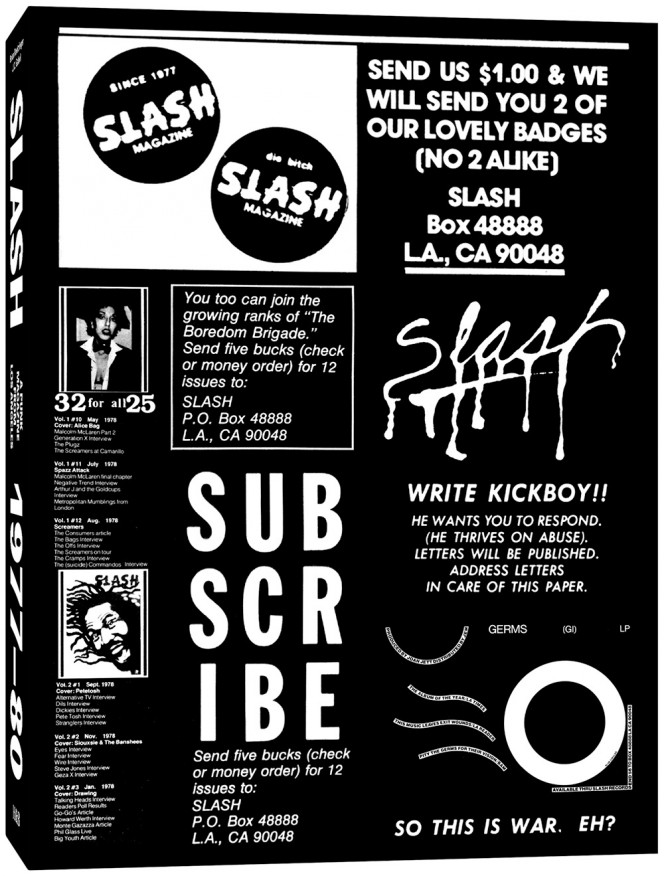