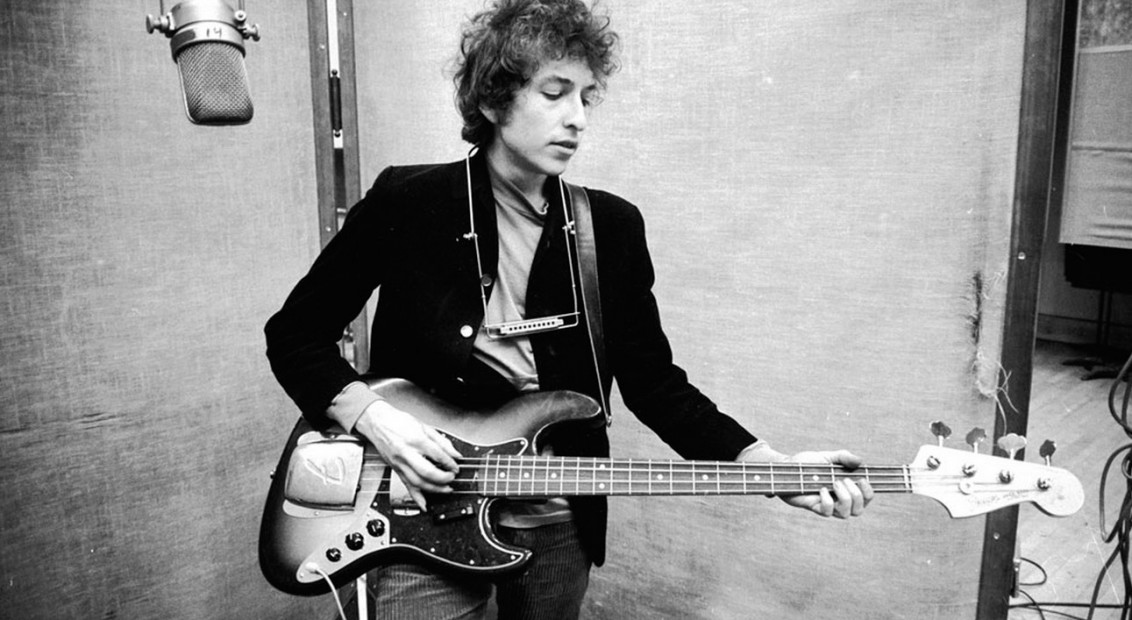 Weekend Combo: Being Marlon Brando, Bob Dylan at RAH and gins all ’round

The Wild One
Defined as “the true rebel of Hollywood”, Marlon Brando’s illustrious career is the stuff of Hollywood and cultural legend – look no further than his character Johnny in The Wild One, the role that launched the trademark Brando look; black leather jacket around black shades, crisp white t-shirt, aviator’s cap, overcast raw denim jeans, black gloves and industrial engineering boots.

A method actor in the truest sense, Brando set the standard. In 1953, in order to interpret László Benedek’s The Wild One, the Nebraska born actor joined several youth gangs such as those in the film and during his audition for The Godfather he improvised the perfect makeup for Don Vito Corleone: hair swept back with grease and forehead shaded with shoe polish.

In a new documentary, Listen to me Marlon, we get to hear the actor’s story through his own words. Made from 200 hours of the publicity-shy star’s personal tapes, we are offered a candid insight into Brando’s inner thoughts. The tapes, recorded at home, in business meetings, during hypnosis, in therapy, and during press interviews, have previously never been shared, until now, eleven years after his death.

In the film we hear Brando speak about his love life including a relationship with Marilyn Monroe –  and his loathing for the acting profession, which he described as ‘lying for a living.’ ‘To have people staring at you, like an animal in the zoo, what it does is remove you from reality. I can’t stand it. I hate it.’

Listen to me Marlon, 95 mins. In cinemas now.

Freewheelin‘
“Play it Fucking Loud!’ yelled a young Bob Dylan towards the end of his 17th May 1966 concert at Manchester’s Free Trade Hall, instructing his band to raise the volume as they launch into Like a Rolling Stone. The order was a direct answer to an audience member’s heckle, calling Dylan “Judas” for going electric, an act that was seen as betraying his folk roots by many fans – or “idiots”, as George Harrison denounced them.

Now, almost 50 years on from that night in Manchester, and Dylan still refuses to be told how he should play, today his gigs consist of unpredictable set lists and unusual adaptations of iconic tracks. Dylan is one of those seminal musicians you must see whilst you still have the chance. Catch him this weekend as he finishes up a five day residency at the Royal Albert Hall. To paraphrase the great tunesmith himself, don’t think twice, buy a ticket immediately.

Ps. On November 27th , Segall will also be releasing an expanded Ty-Rex reissue, his ode to T Rex, featuring nine covers. There just ain’t no stopping this guy.

Fuzz II, out on October 23rd via In The Red Records

Psychedelic Cowboy
Lee Hazelwood began as a songwriter and producer for Duane Eddy before Frank Sinatra coaxed him into reviving his daughter Nancy’s flatlining career. Thanks to Hazelwood’s songwriting, production, and his unconventional coaching style (“Sing like a fourteen-year-old girl who fucks truck-drivers”), 1966’s These Boots Are Made for Walkin’ was a mega hit.

In his final years Hazelwood became a beloved cult hero, or “an obscure old fuck,” as he put it. His subversive aesthetic has carved the way for many contemporary artists to follow and continue to strike a chord with modern musicians, Kurt Cobain, Beck and Nick Cave have all recognised his vast influence – and take a listen to Primal Scream’s cover of Hazelwood and Nancy Sinatra’s Some Velvet Morning, with Kate Moss on vocals. 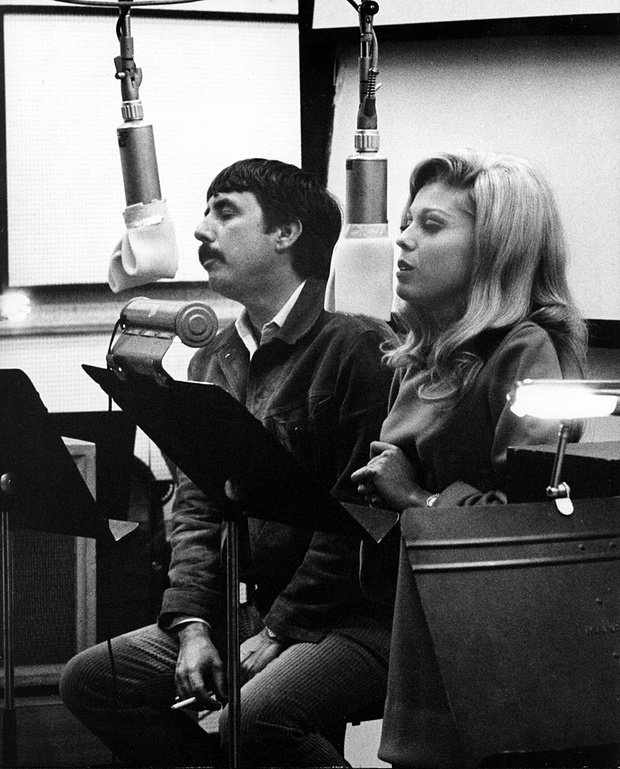 This weekend the Barbican are hosting an evening of performances curated by Wyndham Wallace – his manager and friend and singer Ed Harcourt to celebrate the whisky-voiced musician himself.

Love and other crimes: The songs of Lee Hazelwood takes place on Sunday 25th October at Barbican.

From spinning decks to cashing checks
Jamie XX is bringing Good Times to East London. Having opened a pop-up store in New York this summer the Londoner is now trading in his hometown.

The Good Times store offers selections from Jamie XX’s local favourite Kristina Records, a bunch of records he sampled for his newly Mercury Prize-nominated album In Colour, some of his own releases (including signed copies) and “other assorted gems”.

A series of radio shows will be recorded live at the store to be broadcast all week on NTS, with Mica Levi, Oneman and Benji B among the guest hosts.

Hotboxed
Over at the Wellcome Collection visual artist Ann Veronica Janssens is filling the gallery with dense coloured mist for her latest installation yellowbluepink – part of Wellcome Collection’s bigger programme, States of Mind, a year-long investigation into the experience of human consciousness.

Blurring our vision through colour, Janssen asks us to consider the process of perception itself as we fumble our way through her installation. Prepare to be disorientated, wander in the unknown, and show Drake how it’s done. 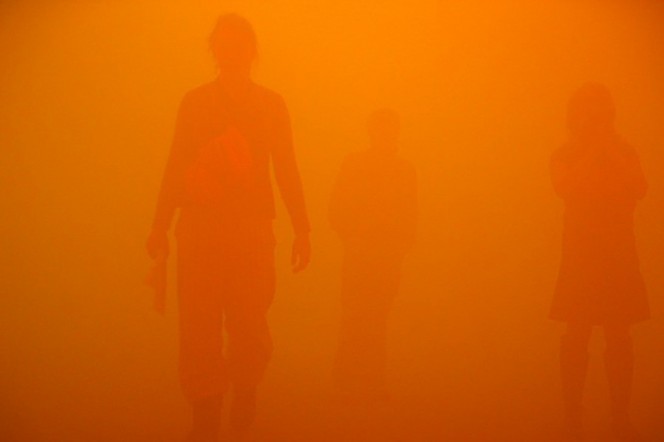 Ima-gin this
Now it’s time to head South, for Peckham based gin purveyors Little Bird Gin have set up a cocktail stall in the arches beneath Peckham Rye station, serving up heavy doses of Vera Lynn (FYI, that’s Cockney rhyming slang for gin – but with the vintage decor Vera will probably be providing the soundtrack too).

Try the local delicacy, The Peck’em – Aperol and grapefruit, all shook up – and heed the wise words of Noel Coward, “A perfect martini should be made by filling a glass with gin then waving it in the general direction of Italy.”

Hot Dog connoisseurs Good Dog will be on hand for all food related matters. Grab one of their buns, and relish in the good spirits all around. 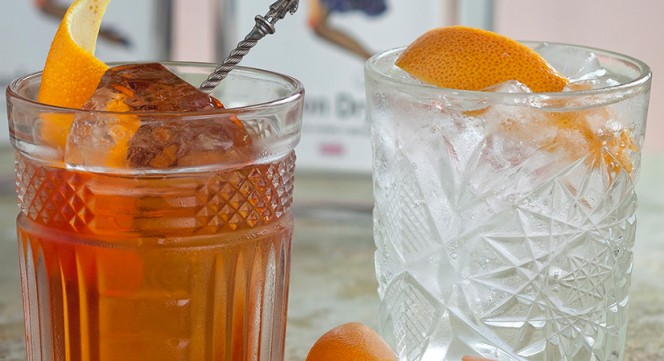