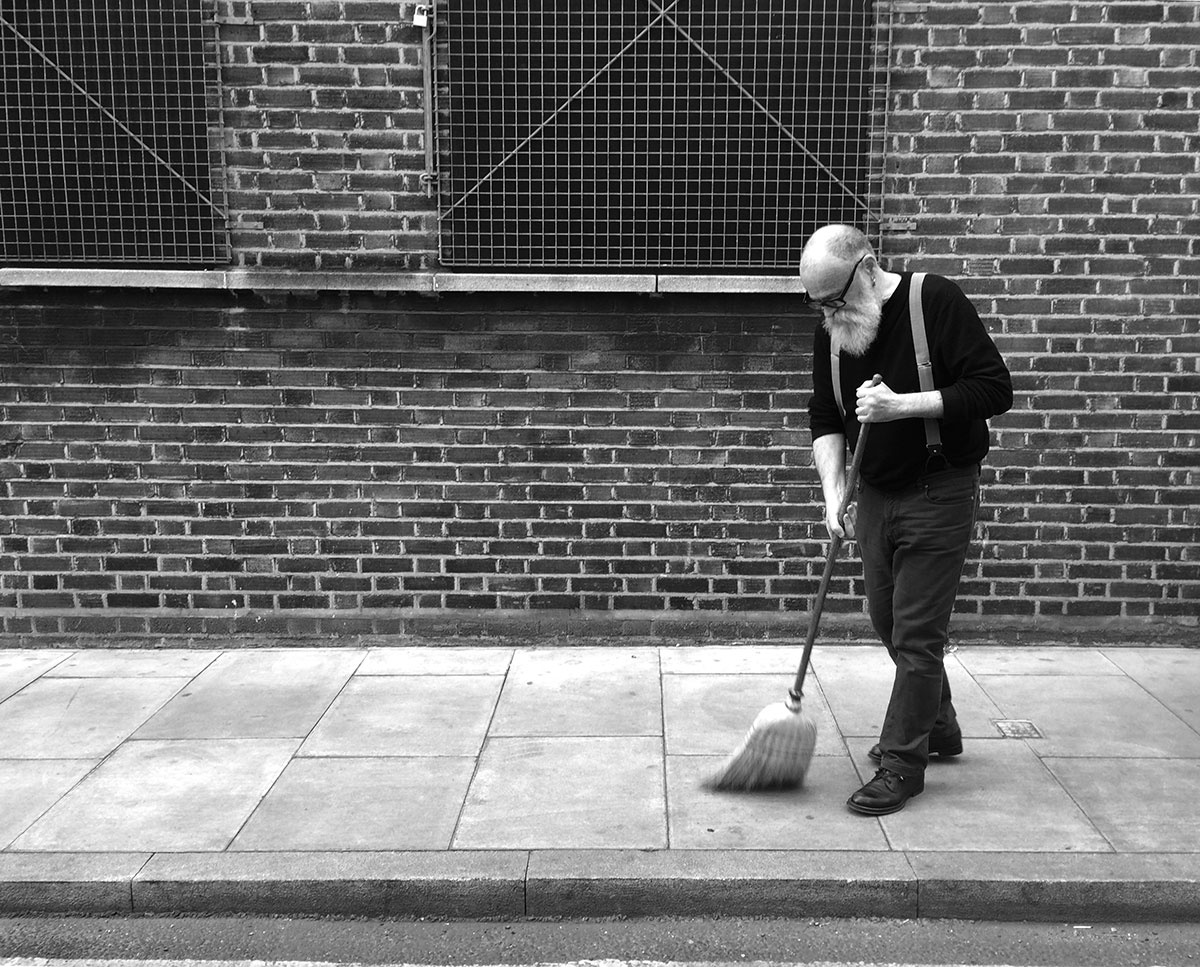 The artist and shaman tells us about his epic London exhibition, from AIDS activism to fortune-telling and the birth of Queer Zines

To describe AA Bronson as anything but prolific is a serious understatement. The revered and radical artist and shaman left university in the 1960s to found a free school, a commune, and an underground newspaper, going on to co-found General Idea, the legendary punk-involved art collective responsible for groundbreaking AIDS activism and queer theory. Bronson would later found the NY and LA Art Book Fairs in his time as director of Printed Matter. There, he became a lynchpin of the global zine community, a role parallel to his forever status as an icon and mentor for young artists and queer creatives worldwide.

Bronson today lives and works in Berlin, recently making the trek to London for the installation and opening of his latest exhibition, AA Bronson: Hexenmeister at Maureen Paley.

If you’re acquainted, this is a must see. If you’re not – tune in now. 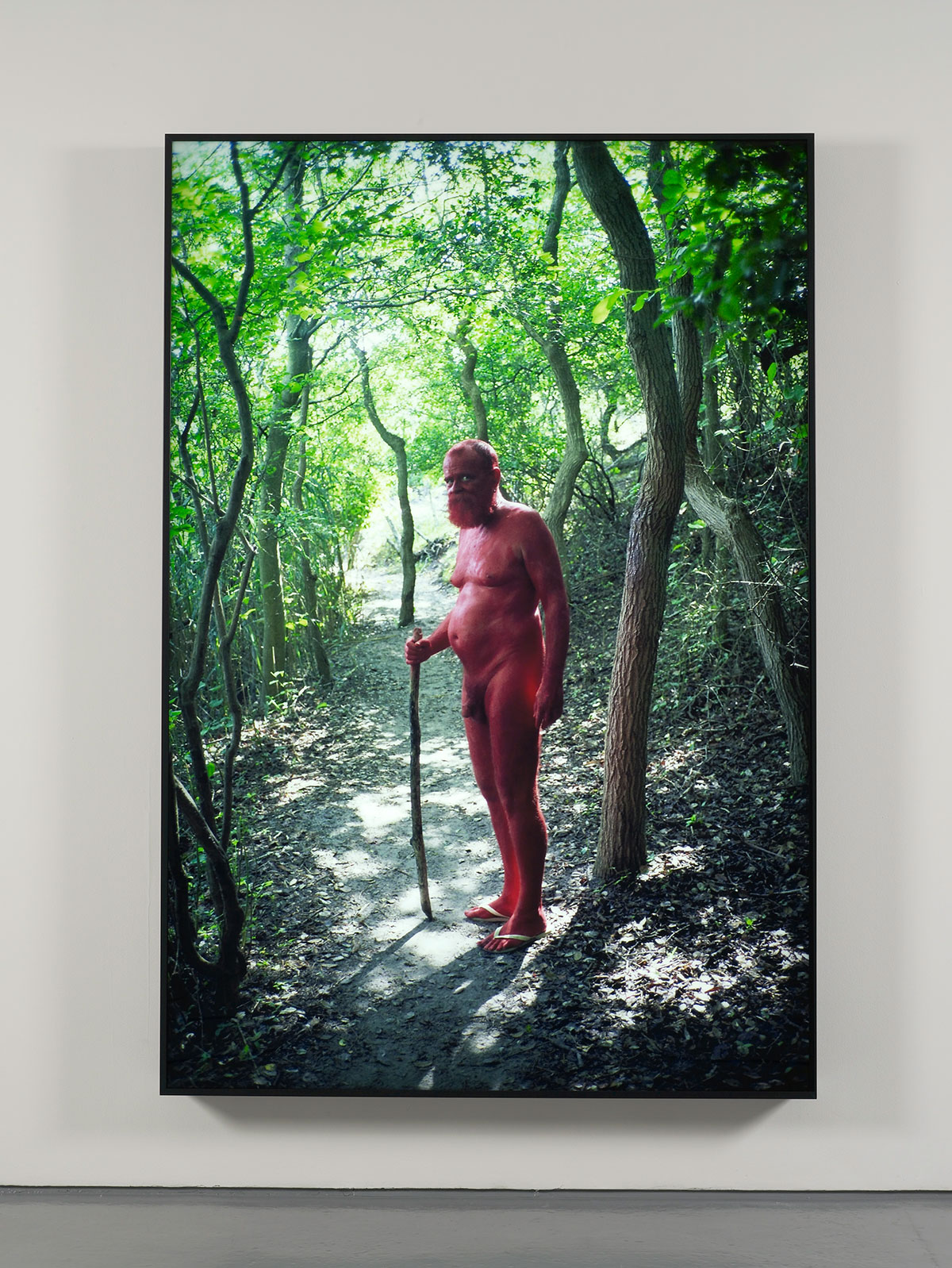 Tempe Nakiska: This is your first solo exhibition with Maureen Paley, how did it come about?
AA Bronson: Maureen has been encouraging me for some years to be more present in London. Last April, I was in London to meet with Jessica Morgan at Tate Modern about my pagoda-project for the 10th Gwangju Biennale. Maureen took me for dinner and we plotted to do this show together. It all came together very quickly and easily!

TN: It feels quite big in scope, how was the process of bringing it all together?
AAB: It was Maureen’s idea that this first exhibition should represent my way of working in the largest possible way. She wanted to show the range and depth of approaches that she could see in my work, for example in The Temptation of AA Bronson at Witte de With in Rotterdam. It was her idea to include Queer Zines, which I otherwise would not have thought of including in a commercial venue. She was also eager to include a tent, titled Cabine, which was a collaboration with Scott Treleaven. It turned out that Cabine would not fit through the door, and that led to the creation of Treehouse, one of the new works in the show. In the end I focused on making the three spaces into entirely different environments: a white cube below, an immersive environment (which I think of as in the mode of surrealist exhibition history), and a cabinet of curiosities (Queer Zines).

TN: Last time we spoke you were talking about the young art community in Berlin. How is life over there treating you? Do you find you get much time there to work, amongst all your travel? You’re quite busy…
AAB: I love Berlin, and I love the art scene here. The last year has been physically demanding, with projects in Gwangju and Toronto, as well as London and Berlin, and upcoming exhibitions in Salzburg and Graz. But I tend to work on new works wherever I am. As I have said before, my best works I dream into existence, and don’t understand for some years after. 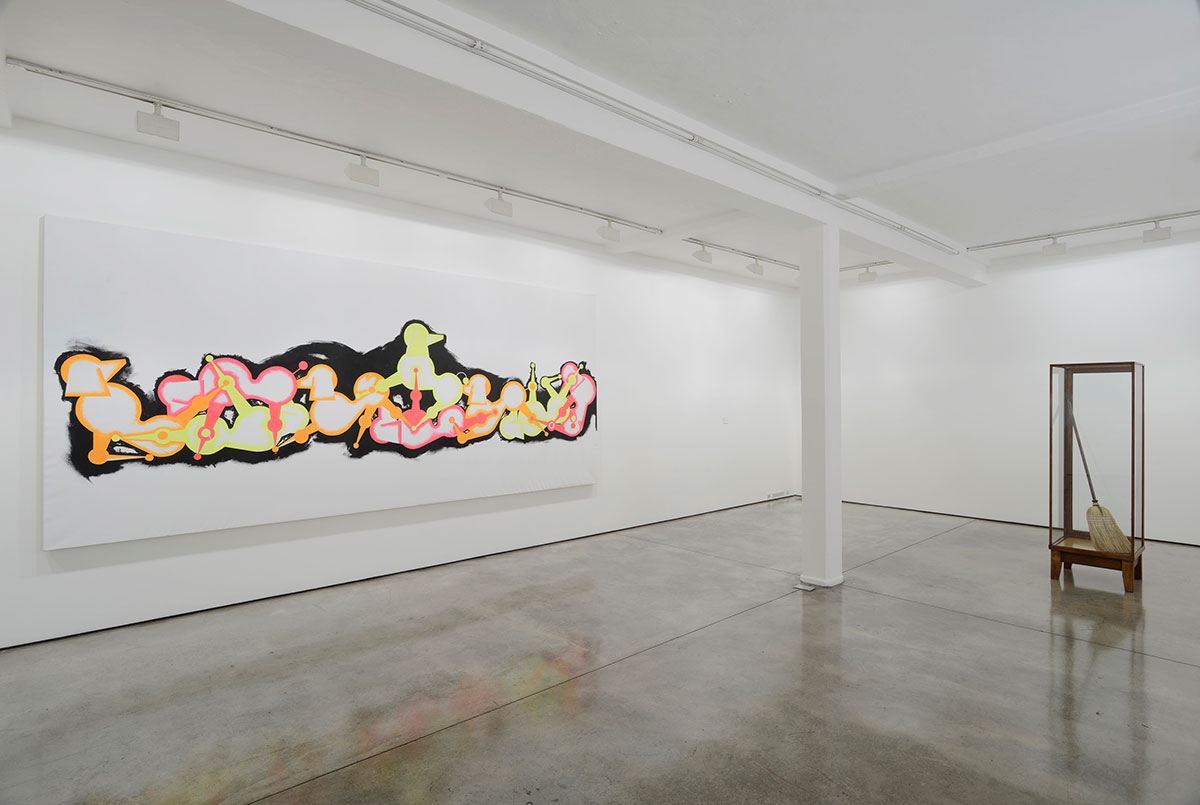 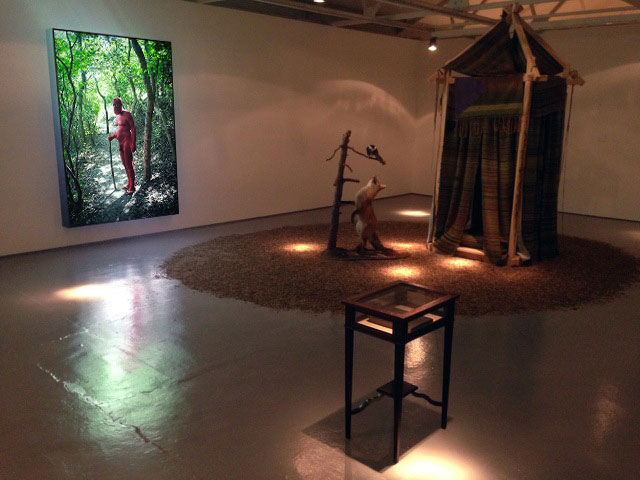 TN: Can you tell me more about your performance piece, Artemesia for my Great Grandfather? How is it connected to Magic Forest and the new work Treehouse? It all feels quite interconnected.
AAB: My Great Grandfather was the first Christian missionary to the Blackfoot tribes in North America, perhaps the most powerful of the native nations. He founded the first residential school and was instrumental in having certain rituals banned in both the USA and Canada, notably the infamous Sun Dance, the ritual by which boys become men. His arch enemy was the medicine man. Of course the Blackfoot traditions are closely linked to the shamanic traditions of Mongolia, Korea, and one might even make a case for Tibet. I feel like one of my lifelong goals has been to make up for my Great Grandfather’s well-intentioned but destructive effect on native life in North America. Artemesia (in particular mugwort) is a primary herb in shamanic traditions. It also appears in wiccan traditions in Europe and Britain. I created this performance for the Gwangju Biennale last year, but it seems equally at home in London, where my Great Grandfather was born, and first determined his adventurous course in life.

TN: There’s also the zine facet of this exhibition. You have always been highly involved in print in this form and this passion continues today. Can you take us through it all? And what’s the state of the zine community – and queer zine community – today?
AAB: Yes, I have been involved in DIY publishing since the mid-60s, when I first collaborated with friends on publishing an underground newspaper. FILE Megazine (1972-1989) is probably the best known of my publishing endeavors. In 1977, the three of us in General Idea came to London to research a special issue of FILE on punk. Stephen Willats was very helpful in directing us to the right sources to discover the explosion of DIY punk singles and zines. And I do believe that it is in that moment that Queer zines first appear and from which their trajectory becomes apparent. 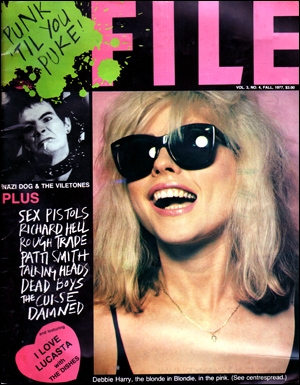 TN: What sparked the idea of an exhibition focus on queer zines? Is there a zine resurgence happening in the face of our digitally soaked generation?
AAB: Philip Aarons and Shelley Fox Aarons first suggested the exhibition, and I am grateful to them for their support, and for access to their vast collection. Queer zines are different than magazines in that they exhibit the hand of a single maker, although sometimes two or three people are involved. Most zines are formed by the belief that the mainstream press (including the gay press) does not represent them, and the zines are a way of reaching out to kindred spirits wherever they may be. They are not usually intended to be collected and many are extraordinarily difficult to find. They represent community, sometimes very extended communities, and in that they are unique. There has been an extraordinary secondary explosion of zine publishing in the last ten or twelve years, especially in the margins of the art world. I believe that the appearance of BUTT Magazine signaled to many that they could do the same. In our digital age, they are often paired with Tumblr blogs, which seems to suit them perfectly. 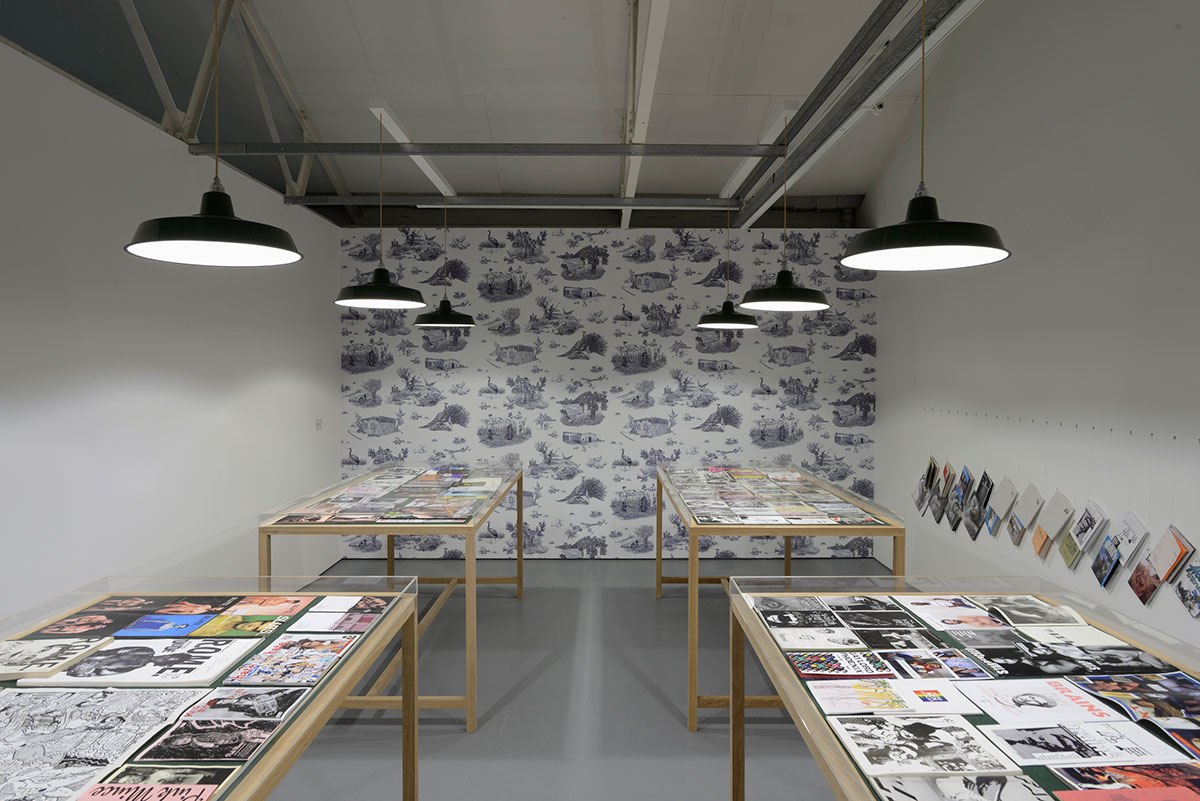