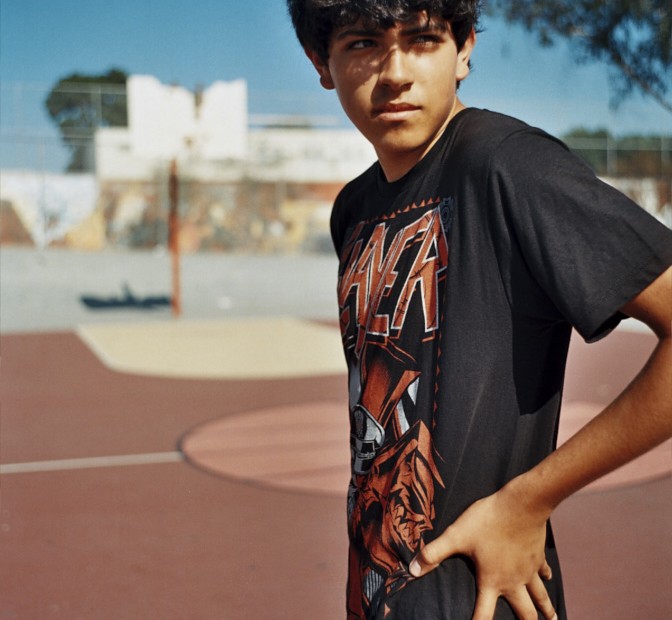 From small town to big city, the teenage cliques and subcultures that energise our global culture channel an endless source of inspiration for Paolo Zerbini. The London based photographer is fascinated by the youth psyche, snatching any chance he gets to travel and capture it in motion. Fresh from releasing his first photo book, Zerbini headed to the West Coast and hung out in LA skate haven Hollenbeck Park.

Tempe Nakiska: Who are the boys in this series?
Paolo Zerbini: These are kids I have met in East Los Angeles, they are all young skaters growing up in Latino areas of the city.

TN: What attracted you to this specific skateboarding community?
PZ: I have always loved the whole skater way of approaching life, the easiness of it, and the quiet rebellious aura that went with the style and the music. It is such an overly photographed scene though, that I always thought it didn’t really make sense documenting further.

When I bumped into these kids though at Hollenbeck Park in East Los Angeles, I thought they somehow represented something very unique and real. The kids were all coming from quite rough, or poor backgrounds and you could tell they wanted to stay out of trouble embracing a peaceful way passing time. The rest of it was spent smoking weed. 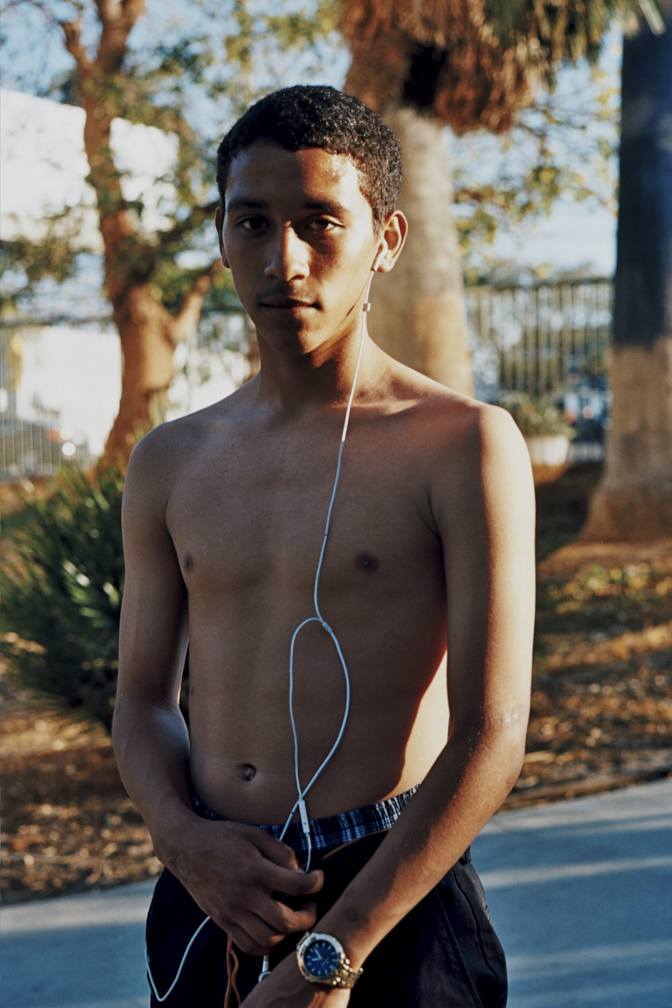 TN: How did you approach these kids? Were they open to being photographed so intimately?
PZ: People in LA are normally quite sociable and I just found this bunch of kids very interesting, I simply approached them with good and genuine intentions.

TN: Did you end up hanging out with them for long?
PZ: I spent a reasonable amount of time in Hollenbeck Park, going back day after day and that helped me getting better shots and more honest portraits. In one occasion the guys wanted to go into a high school that was shut for holidays, we had to jump a fence and that mild sense of adventure creates a good bond even in a short time. 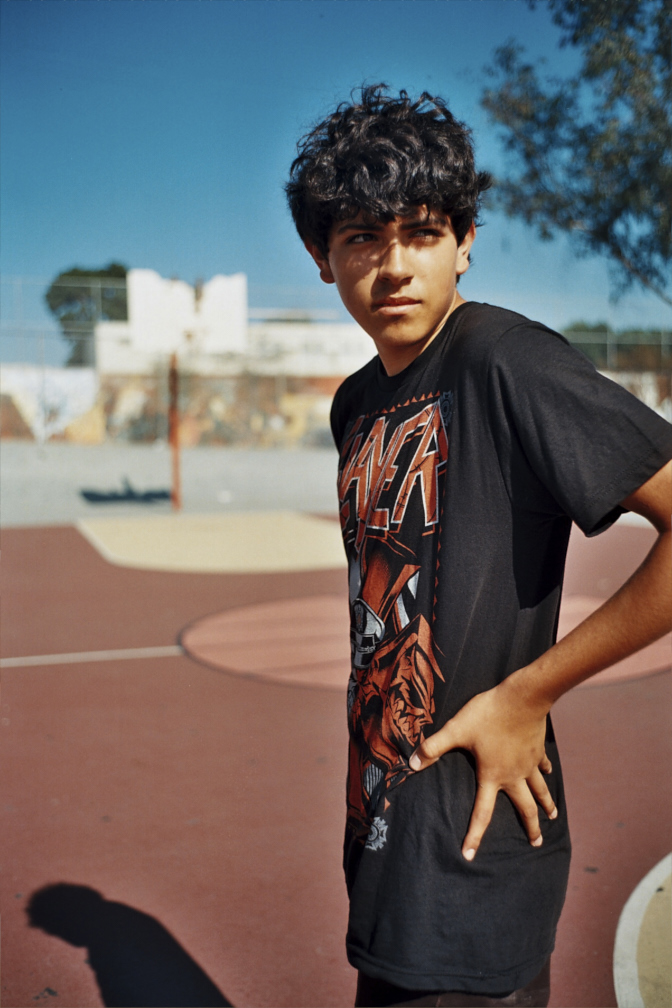 TN: Do some of these kids share something unique to them only?
PZ: They surely share a common struggle which is growing up. What fascinated me was the awkward, introverted self that would come to surface when photographed singularly, away from the pack. I wanted each one to look straight into the camera and be photographed alone, away from their friends, which isn’t easy for a teenager who is not a model. Their pure self would then come through and you could sense their real personality.

TN: You yourself are from a very small town, and your last project looked at youth in Louisiana. Are there any marked differences between shooting kids in small towns as opposed to larger urban spots, like LA?
PZ: Kids in LA are just much more approachable then the ones in Louisiana. More talkative, heavily into good music since a young age. Louisiana is a place quite far from the world of a Los Angeles kid.

TN: What’s up for you next?
PZ: I have been promoting my first book and started working on my second, it’s a lengthy project which requires a lot of energy and time. 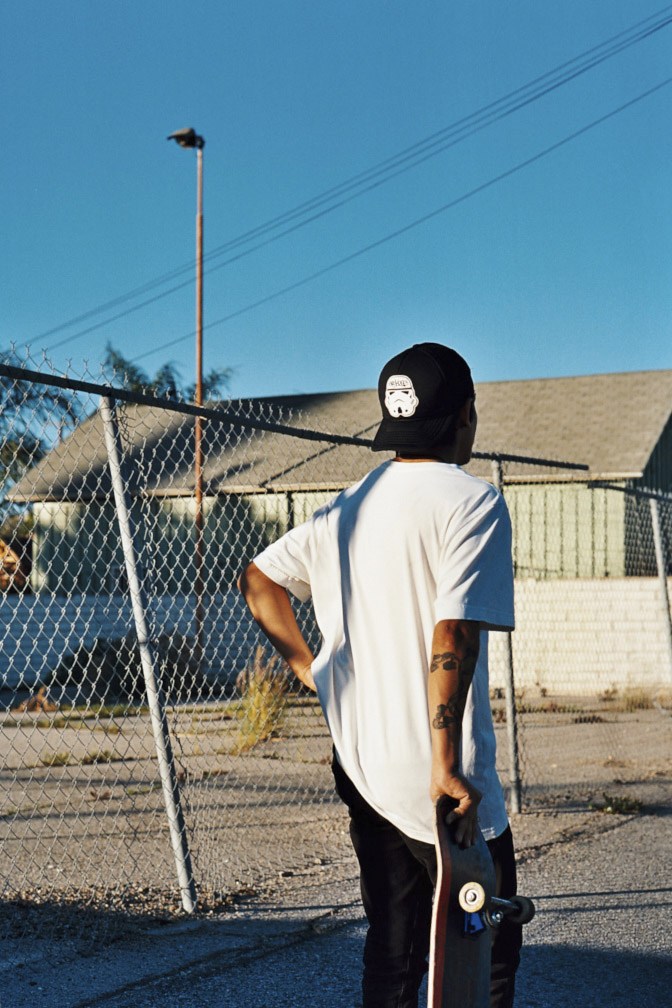