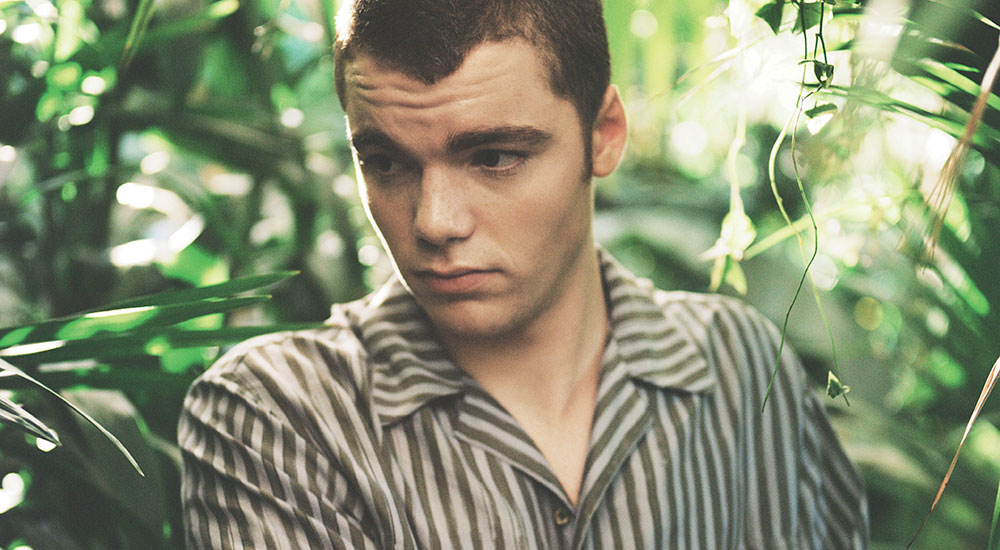 Gabriel Basso: In the new issue, the Kings of Summer star tells us why coming of age is about way more than being allowed to drink

Gabriel Basso may have shot to widespread awareness with his lead role in hit coming of age film The Kings of Summer, but there’s more to this young actor than reading lines. In the new issue of HERO, Basso tells us about ditching football for the arts and why coming of age is about more than the standard teen rituals you’d expect…

CZ: Very well thank you. Now, I’d like to go back to basics, because you started acting quite young. What made you wish to pursue this as a career?
GB: I didn’t want to be an actor originally, I wanted to be a professional football player, and I still sort of do. I started on a show called The Big C which ran on Showtime for four years.

CZ: What was it like dealing with such sensitive subject matter on The Big C?
GB: Cancer has affected my family in a lot of ways. In terms of the show, the writers made it easier to deal with such a hard subject matter, plus Laura [Linney], Oliver [Platt] and John [Benjamin Hickey]. I’ve been blessed enough to be surrounded by good people in my life both on and off-screen, like my parents and my friends, and it’s been a real pleasure being involved with the projects that I have because everyone has been awesome to work with.

CZ: Do you have days where you wish you took up football instead?
GB: I’m still sort of trying. It’s hard to balance it with acting, but it’s still moving along, so maybe I’ll see you in England one day playing in the Premier League [laughs].

CZ: Both acting and professional football are quite tenacious paths to take. Has it been instilled in you from an early age to follow big dreams?
GB: I’ve never been told I can’t do anything, and when people tell me I can’t, that’s usually when I try harder. I’ve been blessed enough with an able body and sound mind. My friend and I write music, and I draw, and I’ve got soccer and acting, so it’s pretty crazy.

CZ: What draws you to a script and makes you want to work on a particular film?
GB: That’s a tough question. It sounds selfish but firstly it has to appeal to me, and then after that I look for people involved, not necessarily their names but if they’re passionate about the project, because it’s really fun (even if it’s a small independent film) to work with people who really care about what’s going on. The subject matter doesn’t really affect my decision that much, just really how I originally respond to it. It could be the stupidest script ever, but if I laugh or if I like it, I’ll probably take the part.

CZ: How do you handle your nerves auditioning for a role you really want?
GB: There’s a video of Bryan Cranston talking about auditioning, and how you just do your thing and prepare as best as you can, and from there it’s up to whoever is casting, the producers and the directors, so it’s nothing really personal, you’re just not right for the role if you don’t get it.

CZ: The Kings of Summer was released last year and was well received by critics. Its coming of age premise reminded me a lot of Stand By Me and Moonrise Kingdom. Was it a case of art imitating life, or life imitating art for you at the time?
GB: It was a blast, honestly, but it was a lot of work. It sounds corny, but we were just like a giant family. It was like going through all the things you’ve been through as a kid again with a second family. It was quite an experience.

CZ: Do you think the term ‘coming of age’ is stereotypically placed on a certain age bracket, when you can gain perspective and grow up at any point in your life?
GB: For me personally, I went through a lot of stuff as a kid, so I had to mature pretty quickly, but it’s an ambiguous term. I know people who are still children, and I think it’s awesome. I’m all for staying a kid, just because you get older doesn’t mean you have to lose innocence and the way you look at life, it just means you have to do taxes as well as have that imagination. I feel no one should lose that just because they turn 18 or turn 21. You should always pursue your dreams, regardless of your age. I feel like ‘coming of age’ refers more to going to school and picking a job, but people force pressure on themselves. You might have your parents telling you what to do, but at the end of the day it’s your choice. So, if you don’t want to study law, don’t. Move to the woods and build a house like the Kings of Summer [laughs].

CZ: What’s it like revisiting a film you’ve worked on so far down the line after you’ve finished shooting?
GB: After you’re done acting, you just kind of forget about it. I still keep in contact with the people but I’m not in the editing room or anything, so it’s really cool to see the finished product and how people respond to it.

CZ: Your upcoming film Barely Lethal is in a similar vein to Super 8 and The Kings of Summer, in how its plot takes adolescence to extreme heights. The film is centred on a girl who went to assassin school, and is now trying to assimilate into normal life. How does your character fit into this?
GB: It just sort of happens [laughs]. I was at a screening recently and everyone did really well. I play this character called Gooch, or Bernard, who’s sort of the class clown of the group, but it’s a title that he accepts and he thrives in that environment. It’s a comedic role and it was really fun.

CZ: What are you working on at the moment?
GB: Right now I’ve just been training for soccer, and then I have this movie called The Hive coming out that’s premiering at the Fantastic Fest, and David Yarovesky directed that. Kathryn Prescott from Skins and Jacob Zachar were in that with me.

CZ: Any stories from on set?
GB: On The Hive I scared Kat once or twice, so she stole my car as a joke, and it went a little too far at one point and I thought someone had actually stolen my car, so that was fun [laughs].

CZ: What was it like working alongside Keanu Reeves, Renee Zellweger and Jim Belushi in The Whole Truth?
GB: They were all very talented and kind. It was a real pleasure showing up to work with them all every day. I’ve been learning on the job since The Big C with Laura and Oliver. It’s been a real blessing to keep working with such amazing talents in front of the lens as well as behind. Hopefully it’ll continue and I’ll keep learning more and more as I go along.

CZ: What do you do in your down time between filming?
GB: I usually just write music with my best friend. We’ve been working on some stuff recently, I play guitar and violin so we just sit back and jam out in my room.

CZ: Do you think you’ll take a break from acting and pursue some of your other interests?
GB: Oh yeah, for sure. It’d be cool to be a musician for a little bit, perform on stage for a live audience or something like that, then go and turn around and be in another movie. We’ll see what happens, life is short.