Type ‘Armani Prive’ into Google News right now and you can guarantee at least half the search results look not to the couture but to the celebrities dotting the front row. Jared Leto, Sophia Loren, Chloë Grace Moretz, Juliette Binoche, Kate Hudson, Pink…  they’re names and faces that pack a mighty punch, their physical presence enough to pull headlines. The Hollywood-fashion relationship is a given today but there was a time when it didn’t exist, and you can say thanks to Giorgio Armani that it does now.

In a week that marks both Armani’s 80th birthday (it’s today, by the way) and 40 years since the launch of his eponymous label, it’s a prime moment to stop and reflect on the man’s achievements. SS15 is a good place to start. Only a couple of weeks out from his birthday milestone the designer took a trip through the menswear archives with a collection that harked back to the looser silhouettes that revolutionised fashion in the 1970s. It was there this season in the soft, belted coats and white cotton jackets – they echoed the unstructured tailoring of Armani’s earliest pieces at the time his label first appeared on blazers in 1975. 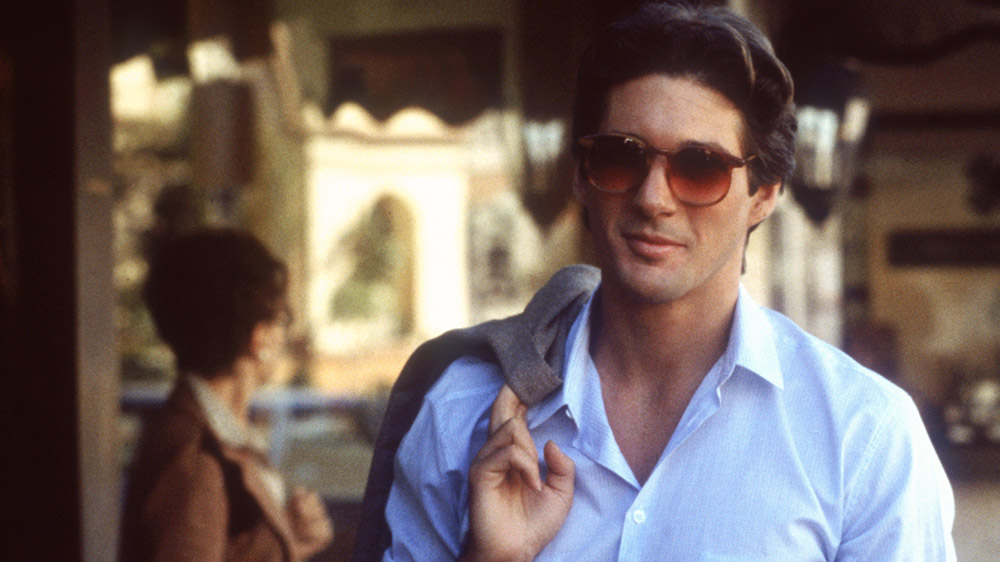 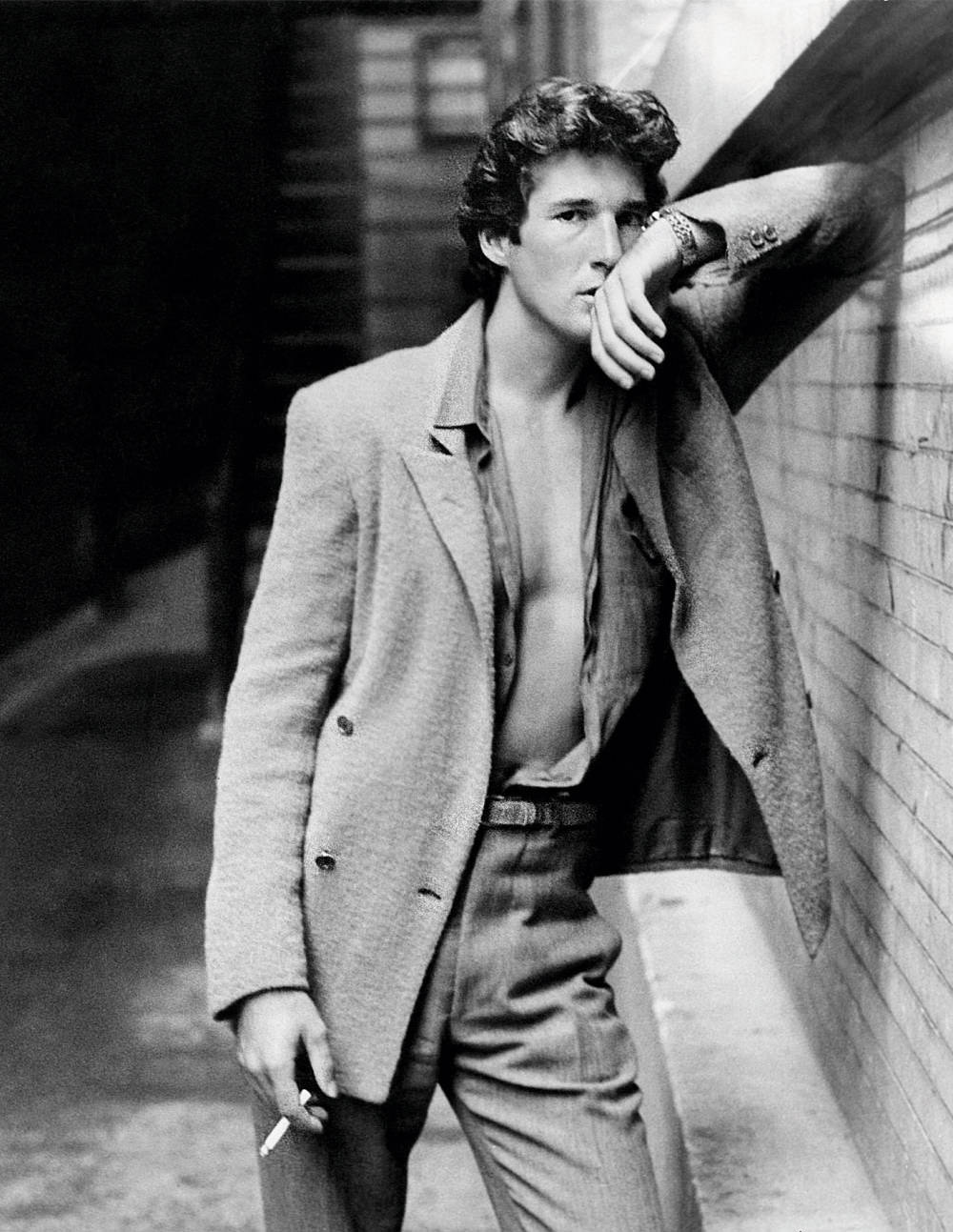 This look made waves on its own though it was Richard Gere’s Armani wardrobe in Paul Schrader’s American Gigolo (1980) that really cemented the designer’s place in Hollywood and properly introduced fashion to the concept of Hollywood dressing. For while Gere’s LA callboy Julian was endearing, the real publicity machine of the film was Gere himself. Armani got the hype potential. And though the film was costumed as a whole by Bernadene C. Mann, Gigolo itself was about Armani. Armani’s neutral toned, relaxed cuts framed a high flying LA lifestyle, but that was just the pretext. What was actually happening was branding in motion– on Gere, in Hollywood, on screen. 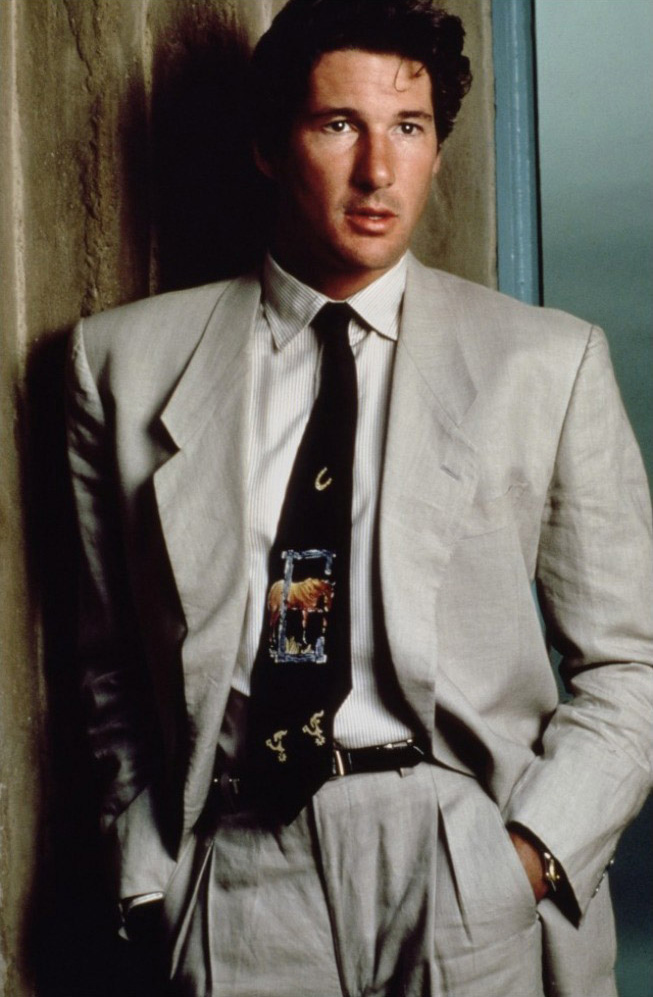 That Armani has gone on to outfit actors in over 200 films (highlights including gangster three pieces in The Untouchables, his and hers tailoring for Ethan Hawke and Uma Thurman in Gattaca and Leo’s top dog pinstripes in The Wolf of Wall Street), pays testament to his devotion to fashion in film.

Yes, it’s not by any stretch of the imagination all about branding; Armani has been known to say that if fashion hadn’t followed his early time as a military medic it would have been cinema. But his commitment to on screen dressing has also followed his own evolution as a designer – it’s always been about the Armani silhouette. And what started with fluidity in Gigolo soon evolved into regular Armani appearances on Miami Vice in the form of the new power suit, sharp-shouldered and pleat panted. 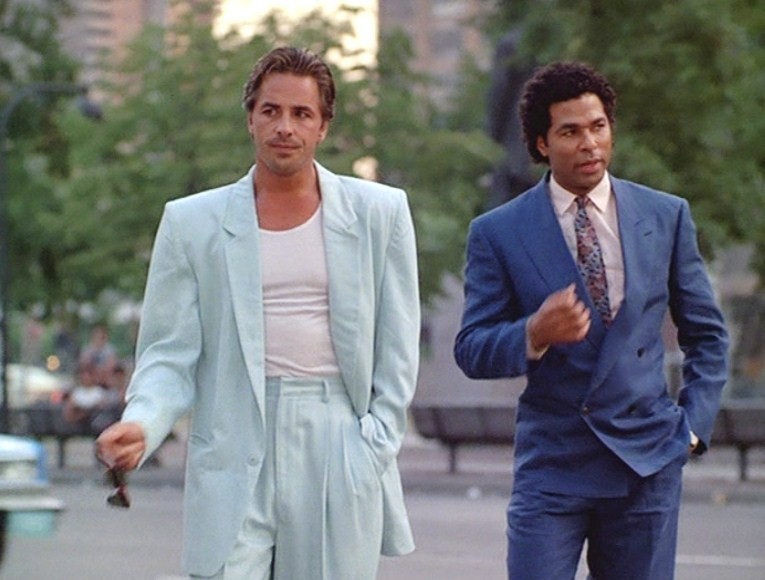 In 1988, Armani fully arrived in Hollywood with the launch of a sprawling boutique in Beverley Hills, the first of its kind on Rodeo Drive. He hired Wanda McDaniel, a well-connected former journalist (and conveniently married to The Godfather producer Al Ruddy, no less) to dress Hollywood’s stars. It was an unprecedented job description, introduced at a time when the term ‘stylist’ let alone ‘celebrity stylist’ was unheard of (and red carpet looks were accordingly gag worthy). Armani set out to professionalise the red carpet, in the process helping to launch a sub-industry based around the notion of Hollywood dressing.

If you really think about it, it’s the self-reflection we see in celebrities that’s most interesting. And maybe this fact is being reflected in our digital society’s turn towards bloggers, stylists and editors as the stars of the street and front row – they’re close to home; they’re people we could be. Maybe our slap-dash Tumblr generation is too fast for the classic celebrity, maybe we need more substance than they can give us – more reality than what used to attract us to them with such devotion.

After all, it’s our fascination with reality that makes these figures, old and new, so popular: just as Gere in American Gigolo represented a lifestyle, so too does Armani. It’s a silhouette and a certain slick elegance that belies something heavily don’t-give-a-fuck. Armani may be 80 but he has no intention of retiring, and movies will continue to churn out celebrities just the same. Yes, a new form of celebrity is evolving. But whatever form they take, suited and booted figures in the flashbulb will continue to credit Armani – on and on after the camera stops rolling.