For a brand well obsessed with everything aviation related, the latest project from Bell & Ross – a motorcycle – might first come off as a bit of a fly ball. After all, the Swiss brand has over its short two decades become renowned for the niche watches it specially designs for extreme conditions, used by fighter pilots, deep sea divers and military units – as well as a large sum of the ‘average’ folk (with a few grand spare, mind you) who simply like a bold timepiece.

But really, this is more of an airplane than a bike.  Titled the B-Rocket, it’s the second collaboration between Bell & Ross and Shaw Harley-Davidson and is so retro-futuristic it wouldn’t be out of place on a Star Wars set – had Star Wars been produced in 2014. For it was the daring of the 60s that most heavily influenced the design – the era that saw flying become a commercial goldmine, when the limits officially extended to the moon… and when land speed racers slashed record after record on Utah’s Bonneville Salt Flats.

This week’s launch at Colette also dished up two special watch designs, to be produced in a limited edition of 500 units, available from July. Here’s Bell & Ross CEO Bruno Belamich on making the leap from watchmaker to speed-racer.

Tempe Nakiska: Bell & Ross has aeronautics at heart, what drove you to the ground?
Bruno Belamich: An extreme quest. Whether they be in the air or on the ground, there’s a bridge between any such object – watch, aeroplane, motorcycle – because of the approach.What is interesting for me as a designer is to design according to the Bell & Ross world. It’s a world ruled by the same design principles: function and the aesthetic.

TN: Function before form…
BB: It’s what I learned in school. But it is a good base from which to understand our job as designers and to think of every new project. There’s also a more artistic approach, a freer approach. But you do need to think of what you need first. 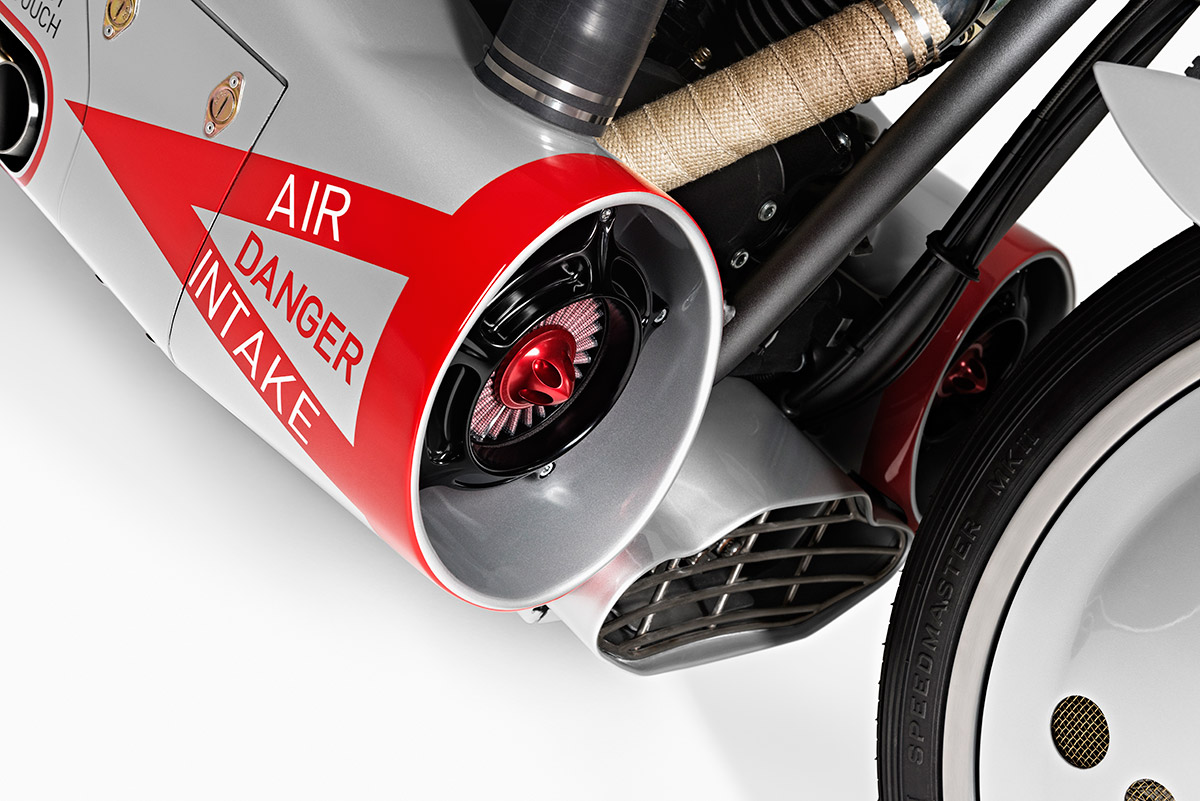 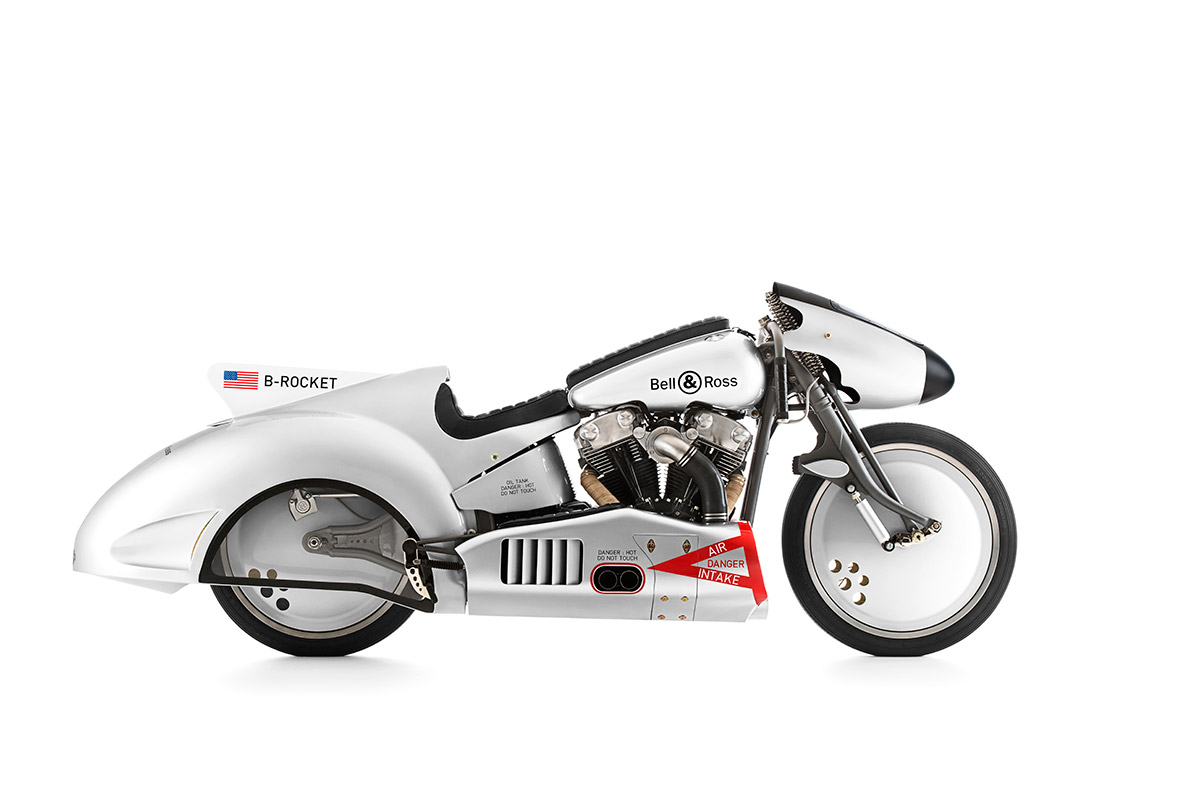 TN: Tell me about the process of working on such a collaboration, where does it start?
BB: It starts with an idea, a dream. Then we talk with the maker – I don’t think of the bike before knowing from Shaw that it will be possible. From there it goes quickly. It takes around six months for two guys to actually engineer and make the bike. We have to get the perfect finish because what is important is the luxury finish. When I talk with Steve it’s a similar conversation to when I am talking to a designer involved in a watch.

TN: How about the 1960s influences that come into the bike’s design?
BB: The greatest, most inventive period in aviation was the 1960s. You just have to look at the history of this period, NASAs experimentation, the first shuttle, new plane silhouettes… All of these came into the ideas process. Then we simply pictured the plane of this time as a bike. Also the geography – the US Air Force base, the desert, the speed bike races across the salt flats near Salt Lake City, Utah that took place in the 1960s. We also looked at the water droplet as the most aerodynamic shape, that became the rocket-like silhouette for this bike.

TN: And the watches you have produced to pair with the bike?
BB: Our most popular watch is a square watch directly inspired by the dashboard of a plane. Our watches are an evolution, they journey from the first pocket watches to the emergence of the wrist watch, the maturity of watches in the 1940s, the crazy period of the 1970s and the maturity of the watch in modern day. The colours in the two B-Rocket watches are integral, and the strap which references the leather seat. The main part though is the influence of the 1970s, that period’s experimental, crazy attitude. This kind of excess has been injected into these two models.