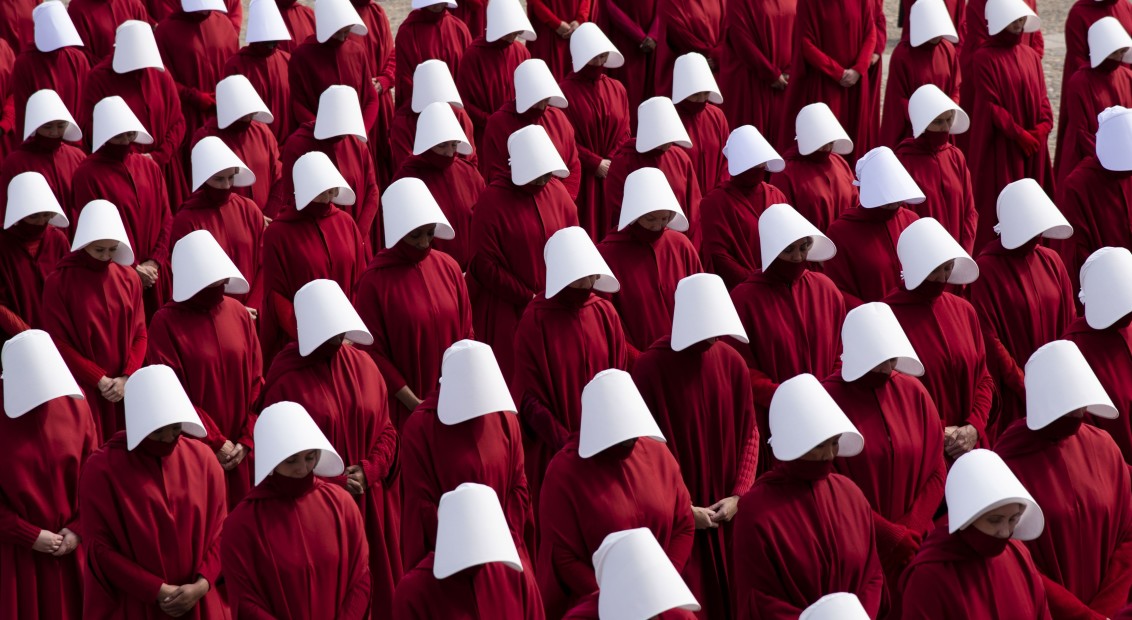 Last month, the Chinese government announced a change to their draconian family planning policy that will enable parents to have three children. This is the second time in six years such an amendment has been made. In 2015, China introduced a two-child policy, bringing an end to decades of their hugely controversial one-child policy that had been implemented since 1979.

Seeking to reverse the looming economic threat of a rapidly ageing population (by 2050 one quarter of the country’s population will be 65 or older) this latest change in policy signals the most recent attempt from China to boost dwindling fertility rates. According to Yaqiu Wang however, China researcher at New York-based NGO Human Rights Watch, the policy will only worsen China’s gender discrimination while yielding a negligible increase in births.

In her recently published paper China: Pervasive Discrimination Under Two-Child Policy, Wang sets out the issues facing women in China’s labour market and the change in attitudes towards gender roles that have undermined the success of its two-child policy. We caught up with Wang to discuss her findings and learn more about the future implications of this policy change.

Finn Blythe: What does China’s new three-child policy tell us about the failures of its two-child policy?
Yaqui Wang: Well obviously it suggests that the two-child policy wasn’t working, that’s why the three-child policy has been implemented. The two-child policy began on January 1st 2016 and in the first year there was a spike of new babies but every year since has seen a decline of new births. So people were not responding to this relaxation in child birth policy. The three child-policy was brought in to curb China’s problem of an ageing population but whether it’s one-child, two-child or three-child policies, they all represent a deep and fundamental infringement on women’s reproductive rights and bodily autonomy.

FB: Pregnancy-based discrimination among employers seems at odds with the government’s drive to increase birth rates as it provides a huge disincentive for young women to have children. How has this conflict been allowed to happen? Why doesn’t the government intervene?
YW: During my research I found young women were reluctant to have on or two children out of concern for their career. There are so many stories of women being fired for being pregnant, so if you want to keep your job you don’t want to have a second child. Employers will also ask applicants during job interviews whether you want to have children and when you plan on having them. A lot of women know that in order to get that job they have to say that they’re not planning on having children in the next five years. The discrimination that’s happening in the job market is definitely part of the reason why women are delaying or having fewer children or not having children at all.

“There are so many stories of women being fired for being pregnant, so if you want to keep your job you don’t want to have a second child.”

So why does the government allow this to happen? Well, if you read the Chinese state media there are a lot of stories encouraging women to go back home and be a mother, rather than have a career. This is contradictory to the Chinese Communist Party’s official ideology of gender equality. On the one hand, the Chinese government has all this propaganda encouraging women to return to the home and be the mother and the good wife, but they also have policies saying companies cannot discriminate against women based on their gender or their pregnancy. So the government doesn’t have a singular clear strategy, they’re simultaneously telling women to remain in the home while banning companies from discriminating against women or enquiring after their reproduction plans during interviews. Overall China has laws to prevent gender discrimination, but the government is doing a terrible job at enforcing them.

FB: How do you think the three-child policy will worsen the discrimination you have uncovered?
YW: The job market has always favoured men in China. That’s due to several reasons. Men are considered smarter and more capable, childcare has been forced heavily on women, so if you’re a mother it’s believed you’re unable to focus on your job. During the two-child policy employers expected women to have two maternity leaves and that’s a huge disincentive for them to hire women. For women who’d only had one child, employers were reluctant to hire them believing that they’d soon take another maternity leave.

For women with two children, employers often think you must be too busy at home to focus at work. And for women who don’t have children the belief is that they’ll soon take maternity leave, if not twice, meaning they better not hire you. It’s illegal but they still do it because the laws are not enforced. So for the three-child policy this couldn’t be worse because now they’re wondering whether you’re going to take three maternity leaves and if you have three children you definitely don’t have time to do your job. So again, the government needs to enforce anti-discrimination laws.

“Overall China has laws to prevent gender discrimination, but the government is doing a terrible job at enforcing them.”

FB: Do you think there’s a possibility of China abandoning all birth control policies in the near future?
YW: I certainly hope so. The two-child policy was really not working and if you read the Chinese social media people are just mocking this three-child policy, there’s so much cynicism. One person said, “I don’t buy Rolls-Royce because they limit the number of Rolls-Royce’s I can buy.” Obviously people are concerned about the cost of child rearing so if the Chinese government really wants to boost the birth rate they need to spend real money to provide access to healthcare, access to education and access to housing in order to really incentivise the issue and make people feel like they can afford more children. As I said, any reproductive policy is and always will be a fundamental infringement on women’s reproductive rights. Women should have the right to decide how many children they want.