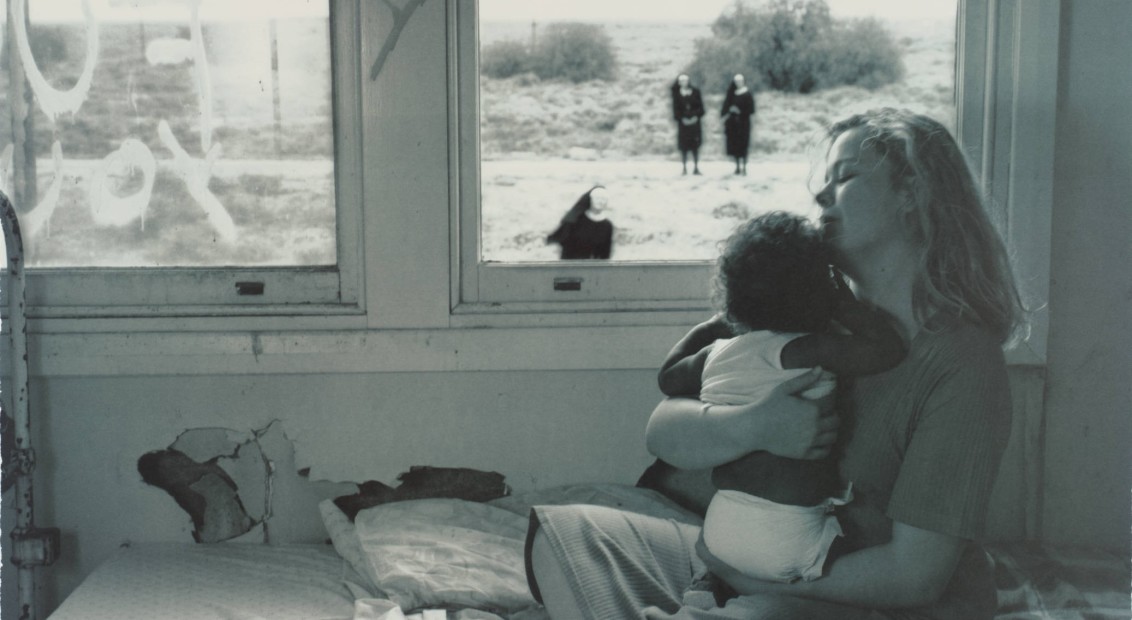 In 1992, Australia’s High Court reached a landmark verdict that dissolved the legitimacy of colonial rule. In siding with the Torres Strait Islander land-rights activist Edward Koiki Mabo, the court overturned the notion of terra nullius or, no-man’s land, which posited Australia as an uninhabited territory prior to Captain Cook’s arrival. Known as the Mabo Decision, the moment brought a centuries-long dispute to the forefront of socio-political discourse, igniting further conversations over suppressed languages, cultures, histories and generational pain of the Aboriginal and Torres Strait Islander peoples.

These conversations are at the center of Tate Modern’s A Year in Art: Australia 1992 exhibition, which spotlights the trauma of post-colonial Australia and its continued influence today. Featuring a broad inclusion of artists working across photography, painting, collage and film, the collection of works includes the likes of Emily Kame Kngwarreye, Dale Harding, Peter Kennedy, Vernon Ah Kee, Tracey Moffatt and Gordon Bennett among others. Together, their works convey shared memories and collective trauma alongside messages of resilience and enlightenment, illustrating how one of the oldest continuous living cultures in the world asserts connection to its homeland through contemporary art.

Below, we speak to Tate Modern’s assistant curator Tamsin Hong on the genesis of the new exhibition and how the events of a single year continue to have an impact today.

Clementine Zawadzki: Did this exhibition start in response to any sociopolitical events, such as Black Lives Matter? Or did it start to take shape prior to 2020?
Tamsin Hong: The idea of the exhibition started back in 2019. As we know in Australia, the issues around the ongoing colonial legacies that face Aboriginal and Torres Strait Islander people isn’t new, it’s been around for over 250 years. With this particular exhibition, we conceived it as part of a new framework, which to go a couple of steps back, at Tate Modern, the collection is organised around themes, such as Artists and Society, Performer and Participant etc. This allows us to show different artworks from different parts of the globe and from different time periods alongside each other. This is an approach Tate Modern took when it opened in 2000 to challenge the art canon. The art canon is often told through a linear chronology, and historically, this has had a significant Western bias. Tate Modern’s objective as a major contemporary and modern art museum was to integrate global artworks from different time periods together, and the thematic approach is one of the strategies.

CZ: How did you use this model to create A Year in Art: Australia 1992?
TH: By focusing specifically on the Mabo decision of 1992, which we’re all very familiar with in Australia, but for our international audiences it’ll perhaps be quite new. It’s this extraordinary court case where Torres Strait Islander, Eddie Koiki Mabo, who was from Mer Island, took the Queensland government to court and battled it out for ten years to prove that he and his fellow Mer Islanders had always owned their island. During that process [it wasn’t just Koiki, he was part of a group of Mer Islanders] they were able to prove they have a historic legacy – their own laws and customs – and finally in 1992 the High Court of Australia came back in their favour.

The significance of that court case was that it overturned the legal doctrine that Britain had used to justify colonising Australia, and that is terra nullius, which means “land belonging to no one.” This was a strategy that wasn’t just used for Australia, but also other nations. We wanted to draw the attention to the Australia case and the year 1992 to show artists had been contending with these issues in the lead up to ’92, because of course in ’88 there was the bicentenary of the first fleet arriving in Australia, which is the beginning of colonisation and huge period of mourning for Aboriginal and Torres Strait Islanders.

“Eddie Koiki Mabo, who was from Mer Island, took the Queensland government to court and battled it out for ten years to prove that he and his fellow Mer Islanders had always owned their island.” 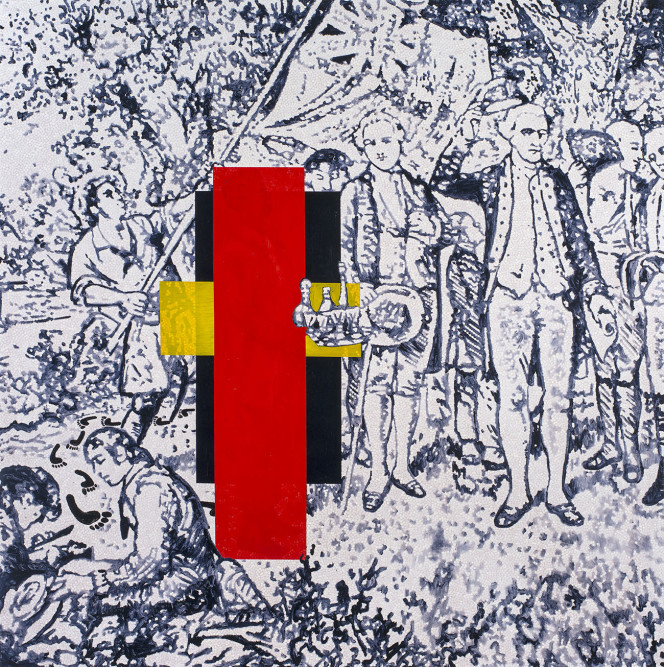 CZ: A lot of the featured artists have also created work since 1992.
TH: Yes, their artworks show how the Mabo decision – whilst a significant moment in the recognition of land rights and cultural rights – hasn’t fixed everything and there are still many ongoing issues. In 2020, Black Lives Matter protests in Australia took on a particular and distinctive perspective, focusing on the deaths in custody of Aboriginal and Torres Strait Islanders, and the institutional bias in the legal system against Aboriginal and Torres Strait Islander people. What’s happening in Australia echoes broader conversations that are happening globally about colonisation, and how do we in the 21st-century address colonial legacies. Tate Modern being in London, the former seat of power for the British Empire is really significant, and there are many conversations about different countries and nations that have been affected. This is just one particular place and conversation.

CZ: How do you see art’s place in getting these conversations going?
TH: If I look at Gordon Bennett, he was an artist who was working in the ‘90s, and his career gained recognition very quickly. In the exhibition, we have a work called Possession Island (Abstraction) and this is based on a print of a painting that’s now lost. The original painting shows a very typical heroic depiction of Captain Cook arriving on Possession Island (which is in the Torres Strait) in the 19th century on behalf of the British Crown. In the original work, it showed Captain Cook arriving with other sailors, and there was a depiction of an Aboriginal man holding a drinks tray. We can imagine what it was like, Captain Cook wouldn’t have been immaculately dressed and there wouldn’t have been an Aboriginal person dressed in European clothing serving drinks – that is myth. Gordon Bennett draws attention to this by painting over the Aboriginal man with abstract blocks of black, red, and yellow, which are the colours of the Aboriginal flag. He also uses dot painting technique used by the Papunya group (Western Desert Art Movement), which in itself is its own movement of artistic expression, and also gaining rights to land and culture. He’s also referencing abstract art of the 20th century, Kazimir Malevich specifically, who believed it was possible to move beyond symbolism, that it’s possible to have pure expression through abstraction, and Bennett draws attention to whether or not this is even possible; can we create art without context? It’s an incredibly rich and complicated artwork, painted in 1991, and all of that content is still relevant 30 years later.  That’s just one artwork, but it speaks volumes. 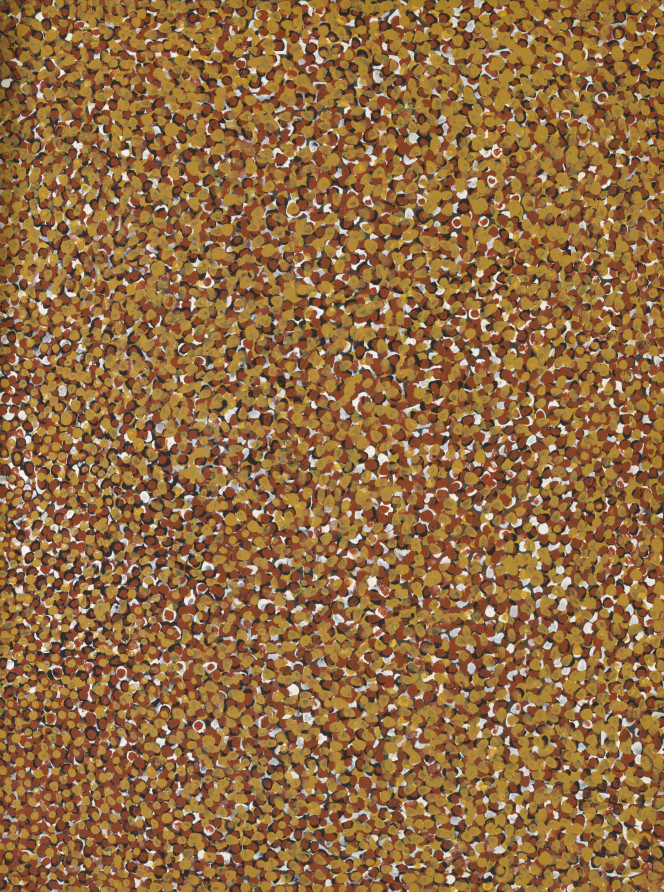 CZ: In planning the exhibition, how did you consider different art forms connecting with different people?
TH: We weren’t just looking at media, but also at what it would be like for an Australian to walk through this exhibition as much as someone who has never encountered these issues.  For many of the artists in the exhibition, they’re conveying their particular perspective through distinctive visual practices.

Looking at someone like Tracey Moffatt who often works in a filmic language; she often creates photographic series a bit like a film set. These can be hung in any configuration and leaves it up to the viewer to build their own narrative from what they see. In the case of the series on display Up in the Sky (1997) you’ll see a white woman with a black child, there are nuns that feature in the series as well, it’s set in a remote place, there are images of men wrestling in the dirt, of decay and desperation, also moments of children playing to emphasise how dark and sinister so much of the content in the series is.

Now only looking at that without context, that might be what you read into the series, but for many people who are familiar with the stories of the Stolen Generations, it would be very quick to pick up on the symbolism of the series and to understand it has something to do with Aboriginal and Torres Strait Islander children being forcibly removed from their families during a series of government policies which sort to assimilate these children with white culture, white institutions (often Christian) and removed from their country, family, language, customs. Some of the artists we feature have experienced this themselves or it’s present in their families, so we know it has a very real impact on the artists.