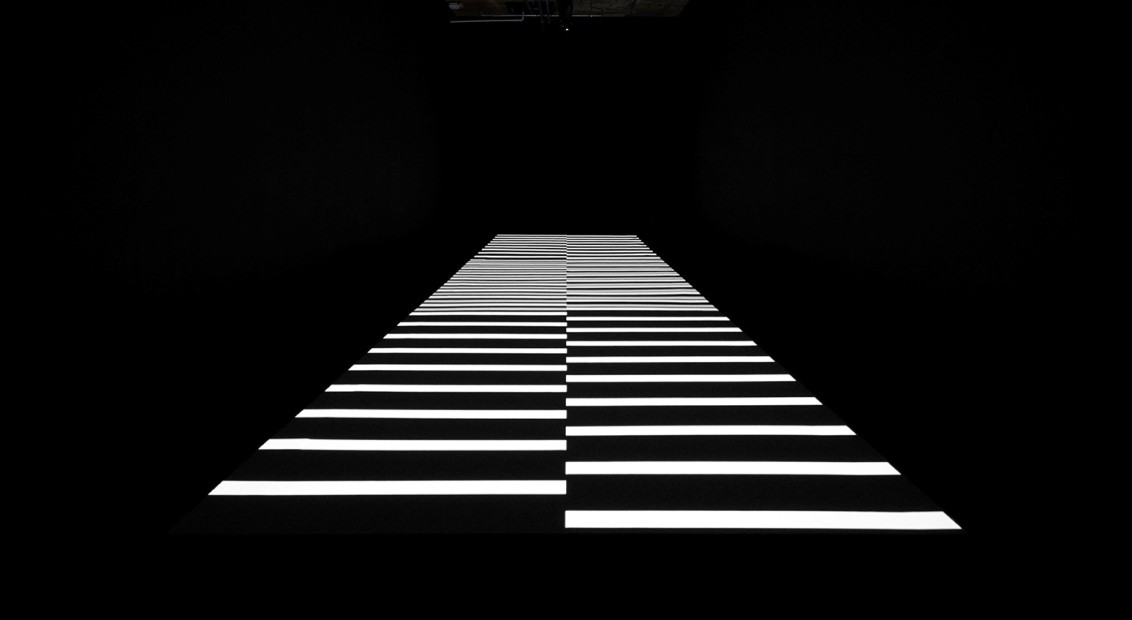 Twenty feet underground, below one of London’s busiest streets, Japanese artist Ryoji Ikeda has transformed 180 The Strand’s subterranean levels into an immersive trip of light and dark. The elusive artist, producer and musician has made sensory overload his signature over the last twenty years, translating raw data into sublime audio-visual encounters. For all the esoteric numbers and technical rubric that surrounds his work however, Ikeda is primarily concerned with something far simpler: the transcendent, almost primordial, power of elemental forces.

As the largest display of his works to be held in Europe, the exhibition and its labyrinthine venue offers an ideal stage for Ikeda to bring out the heavy stuff. Needless to say, he requires no second invite and the exhibition is a suitably full-frontal assault on the senses that remains singed into your retina long after returning to street level. Having previously worked with the Vinyl Factory at the venue in 2017, Ikeda’s familiarity with the space has resulted in a carefully planned route that connects twelve works. Ranging in scale, medium and hypnotic intensity, each is an audio-visual by-product of Ikeda’s wide-ranging investigations into the codes and sequences that underpin our world. From studies in morse code to mapping DNA sequences, the human genome, protein structures and experimental data from CERN and NASA, Ikeda makes visual the imperceptible and scarcely conceivable.

Sean Bidder, creative director at Vinyl Factory and editor of Fact magazine, has been working with Ikeda since 2015. Below, he takes us through four of the exhibition’s key works, including the world-premiere of data-verse trilogy, a three-screen symphonic jewel within Ikeda’s recent investigations originally commissioned by Audemars Piguet Contemporary in 2015 that may never be staged in its entirety again. 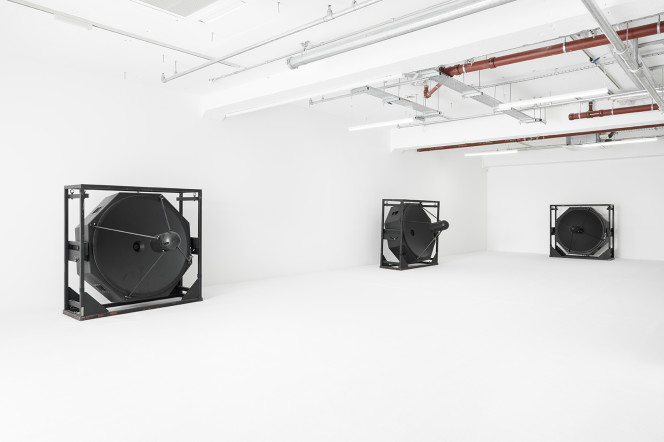 Having first shown this work at the Pompidou in 2018, Ryoji wanted to re-stage it for this exhibition so we actually bought a set of these speakers from Japan. They’re American speakers and were designed in the early 70s for outdoor rock concerts, primarily in places like the Hollywood Bowl because they can project sound a long way. I think Ryoji loved re-purposing that but he also loved that they look like military hardware, so they provide a kind of presence in the room. Rather than using them to blare out a recognisable composition he just re-tuned them to one note.

There’s a long list of different composers who have adopted the note A but at slightly different frequencies. I think what he liked about it is there’s no set frequency for the note despite it being a kind of benchmark in music that runs from Bach to John Cage. The fact it doesn’t have a fixed point appealed to him because it meant when you’re in the space, even though these speakers are all tuned to one note, the way they’re playing off one another in any given environment always changes. 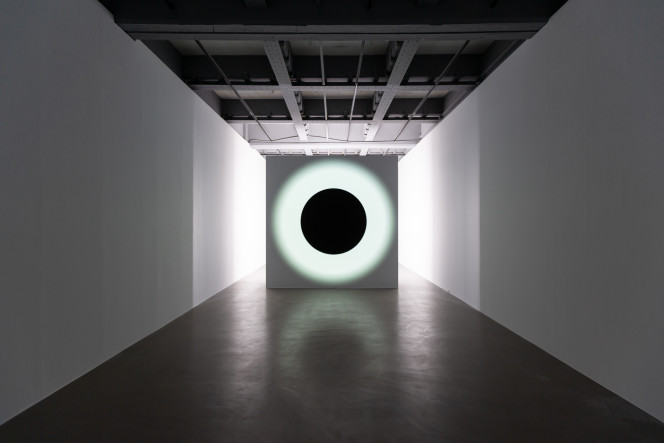 This is another work that you can become completely absorbed in and what you see changes the more you watch it. Once you experience the work yourself and, depending on how willing you are to engage with it, everyone will have a different reaction. Ryoji really understands several key aspects that are common throughout the show. He really understands sound, he understands science and how data is used and he’s also informed by his experiences in music, meaning he doesn’t let things linger too long. Using these dense data sets that are so intense and fast moving, you’d be forgiven for thinking how can anyone possibly absorb so much information? The truth is the information out there is overwhelming and he’s reflecting that in the work.

Some data sources that Ryoji pulls from are open source, so there’s quite a lot of information that anyone can access like on NASA’s website for example. In other cases, Ryoji was one of the artists in residence at CERN, so he spent a year there and he essentially had access to anyone working there. He spent quite a lot of time knocking on doors, talking to physicists and all sorts of professionals who are working there at the outer limits of experimentation.

Absorbing as much as he could, he said that dataverse is the culmination of his ten to fifteen years of data-driven research and art projects because he has presented data from such a wide variety of sources, some of which he had private access to. In many senses the work is a presentation of our universe in a nutshell, from cell formation to star constellations. 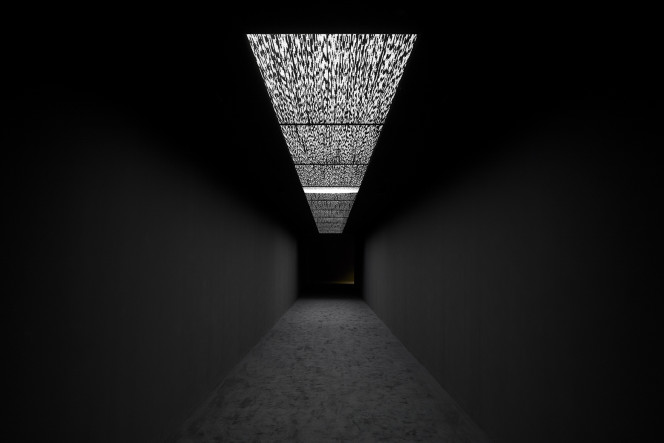 Ryoji loves to explore space in the same way that an architect or a designer would. He thinks about the experience people have from the beginning of the show to the end. We originally discussed five or six large-scale key works and then he plotted a pathway to take viewers on a journey. Within the show there were some smaller, more experimental and more modest works that form part of that journey but also offer something of a respite between these very large, very intense works. So as you exit the dataverse space there is a natural ramp that leads down into the space we decided to put test pattern.

I think Ryoji immediately liked this idea of descent and he began thinking about what work he could create that might be really impactful given the nature of that particular space. A lot of the work within the show plays with the idea of data that’s visible or invisible, there’s data all around us in everything we do but there’s also this sense of an imperceptible data flow and he found there was an opportunity to create a work whereby people might feel like they’re participating in or experiencing this data flow.

So as you walk down the ramp the work is above your head and you’re having to look up at this seemingly endless flow of data, which I think he felt was a physical way of presenting that reality. In many ways the data itself doesn’t matter, it’s the physical sense of being overwhelmed by it, of being a part of the data flow that shapes our everyday life.

Tagged with: 180 The Strand, Ryoji Ikeda, The Vinyl Factory Show me more: Art