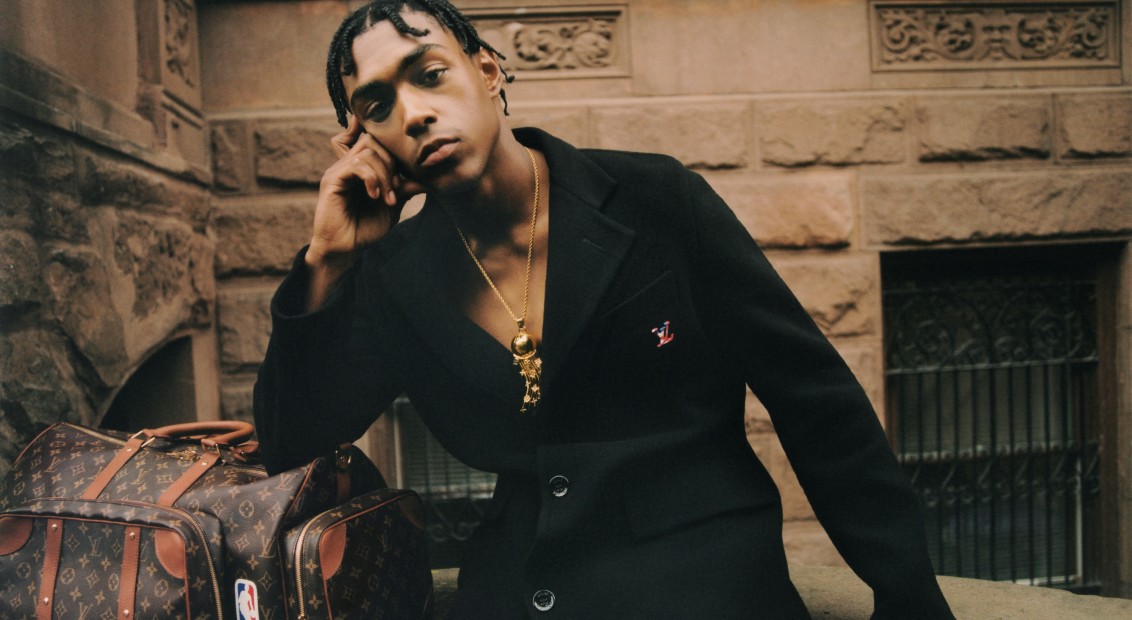 The 90s remains a decade looked back on with great fondness by both Louis Vuitton and the NBA. On the courts, hall of famer’s Michael Jordan, Scottie Pippen and Shaquille O’Neill were playing by their own rules, while for the Parisian house, the decade signalled a transformation in their global image heralded by Marc Jacobs, who joined as creative director in 1997.

For their second collaboration together, current men’s artistic director Virgil Abloh is celebrating those halcyon days with an expansive collection that fuses collective memory and artistic legacy. 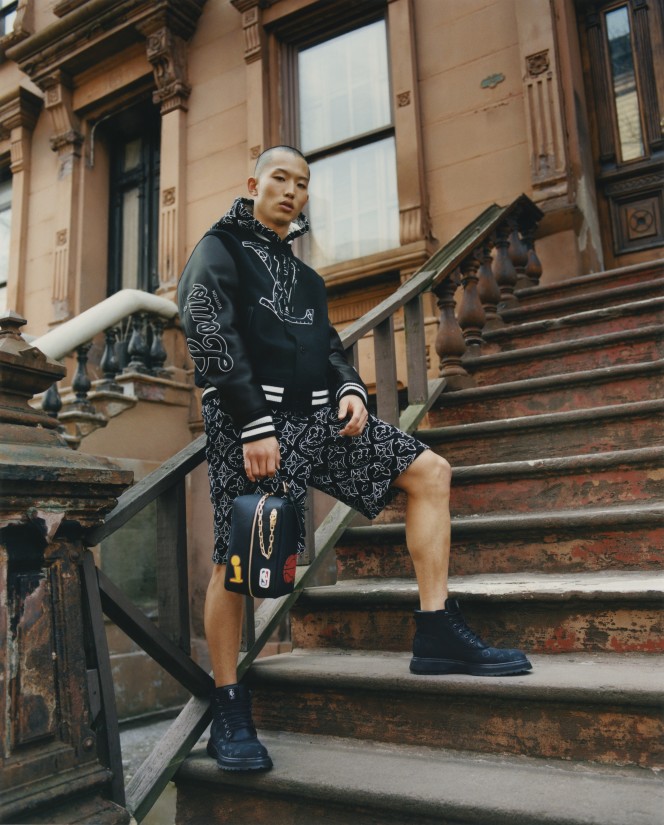 Following on from the premise of their first collab, this new collection mirrors the three stages of game-day dress. Beginning with travel, Abloh has combined leisurewear with relaxed tailoring and quilted fabrics for looks that provide plenty of comfort on the road but still look sharp once you get off the team bus. Inspired by the game itself, informal blousons are matched with shirts and shorts adorned with the words ‘Louis Vuitton’ in typefaces that reference those of actual NBA franchises. Finishing things up at the press conference, more orthodox formal wear is given distinctly 90s boxy proportions, while a graphic embellished leather bomber pays tribute to the varsity-style jackets that are native to the game.

On the accessories front, Abloh and his team have kicked it up a gear. Working together with long-time friend and fellow deisgner Don Crawley (formerly Kanye West’s manager), the collection’s bags expand on the first collaboration where the net-detailing took customers by storm. These fan favourites return here with expanded new editions, including ball pouches and carriers as well as a new line of leather bags with a specially developed exterior grain that evokes the texture of a basketball.

Few leagues do bling like the NBA (their championship ring tradition is now widely imitated by other sports) and so jewellery was always going to be an integral part of Abloh’s vision. Paying tribute to the weighty chains worn by players during the 90s as well as their world-famous rings, Abloh has tapped into a key stylistic export of the NBA. Elsewhere, the collection features Louis Vuitton’s first-ever basketball, made in collaboration with the league’s official supplier. Though not exactly match-ready (they are crafted from the same leather traditionally used for Vuitton’s luggage), the balls embody the collection’s essence and seamlessly intertwine the legacies of these two cultural institutions.