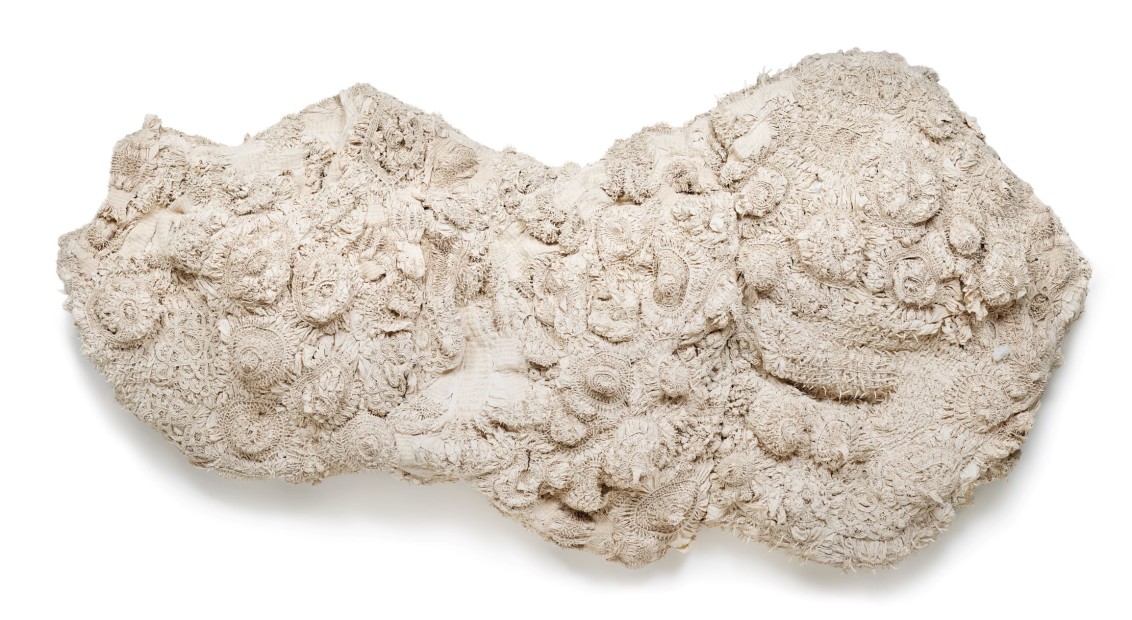 The winner of 2021’s Loewe Craft Prize has been announced, signally the opening of this year’s fully-immersive augmented exhibition. Chinese artist Fanglu Lin was awarded the top prize for her monumental hand-sewn cloth sculpture SHE (2016), while David Corvalán (Chile) and Takayuki Sakiyama (Japan) were given special mentions by the jury. In keeping with this year’s online theme, a new digital platform simply called ‘The Room’ will showcase the collated work of all 115 Craft Prize finalists since it was launched in 2016. 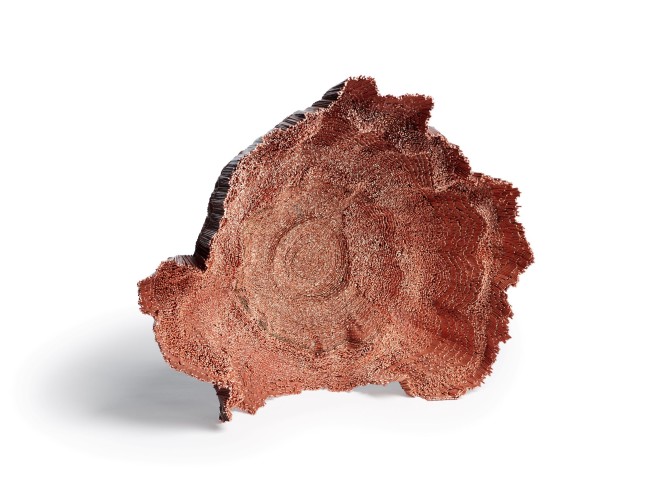 Based in Beijing, Fanglu Lin’s craft reflects an investigative approach to the rituals and customs of her native country. Her studies have brought her to the remote corners of China’s Yunnan province, home to the Bai people, who have long been revered for their innovative dying processes and embroidery techniques. Lin crafted her winning entry in a small village in Dali, Yunnan province, where the local sewing technique for creating three dimensional forms with needle and thread dates back around 1000 years. In addition to preserving the cultural legacy of the Bai people, Lin’s tactile and labour-intensive work has helped raise awareness of the craft across China, having won both Young Designer of the Year and Innovative Brand of the Year at Beijing’s China Architecture Decoration Association in 2016.

The jury’s two special mentions also share a strong connection to homeland. In his beautifully fragile Desértico II (2019), David Corvalán’s geomorphological sculpture of copper wire and epoxy resin, the Chilean artist draws our attention to the extractive industries that have wreaked havoc across his home in the Atacama Desert. Similarly for Japanese artist Takayuki Sakiyama, the work Chōtō: Listening to the Waves (2019) is a personal homage to the Pacific Ocean coastline of his home. In the seamlessly swirling forms of his sculptural vessel, Sakiyama captures the elemental forces of the water while his unique sand glaze both invokes and inverts the ocean floor.