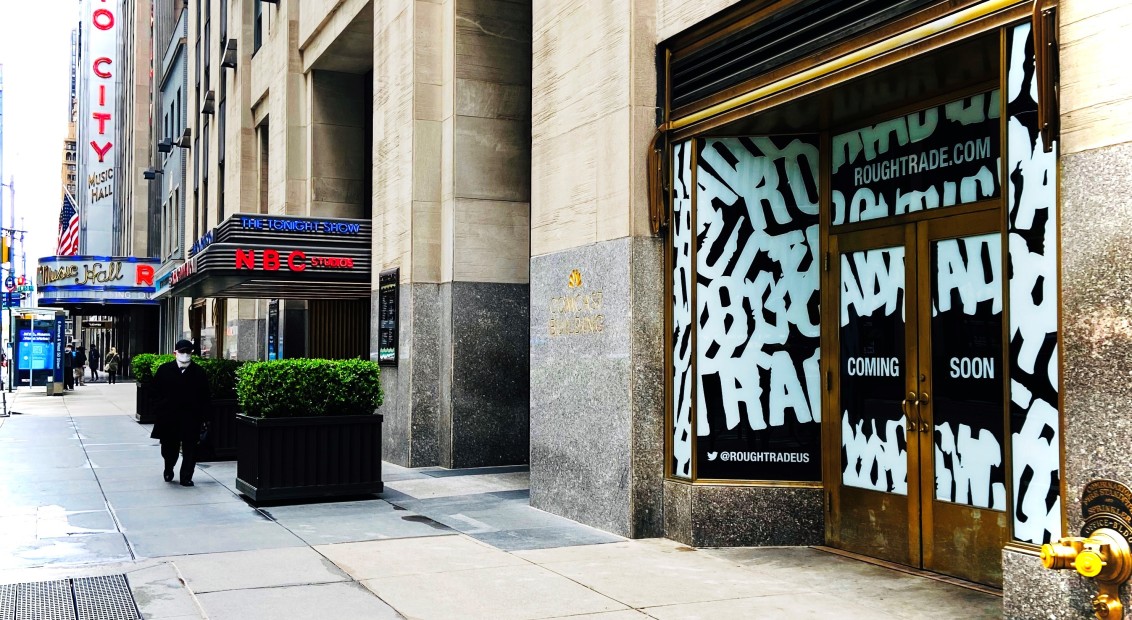 Rough Trade has found some fresh NYC digs, moving to a new flagship store inside the iconic Rockefeller Center.

Located in Midtown next to The Late Show with Jimmy Fallon studio, the move follows seven years in Rough Trade’s inaugural Stateside space in Williamsburg, New York: when opened in 2013 it was the biggest record store in the city.

Our new Rough Trade NYC will be located at…

Read all about it via our blog: https://t.co/nevULduhWR

Set to cut the ribbon next month (in time for Record Store Day – 12th June), Rough Trade’s new Rockefeller Center outpost will offer much more than just hours of lovely crate-digging; curated live performances and events are set to be announced soon including a quarterly series that will take place at the building’s renowned Rainbow Room.

“Following the impact of COVID-19, Rough Trade’s decision to relocate reflects a wider reimagination of cities worldwide”, says Rough Trade Co-Owner Stephen Godfroy. “Manhattan has a glorious history of great record stores. Now there’s an exciting present as well. The opportunities afforded by the pandemic in the reconfiguration of central city districts have brought us, counter-intuitively, to the heart of New York, an area barren of record stores for years. But Rough Trade’s instinct has always been to surprise!”

“It is especially fitting to welcome Rough Trade to their new home at 30 Rockefeller Plaza, which originally was known as the RCA Building, where phonographs and records played such an important role in the building’s history and are ingrained in its DNA,” adds EB Kelly, Tishman Speyer Managing Director overseeing Rockefeller Center. “The Center prides itself on presenting best-in-class experiences and offerings that can only be found here, and Rough Trade is an incredible addition to our campus as New York’s leading 21st-century expression of music and vinyl culture.”