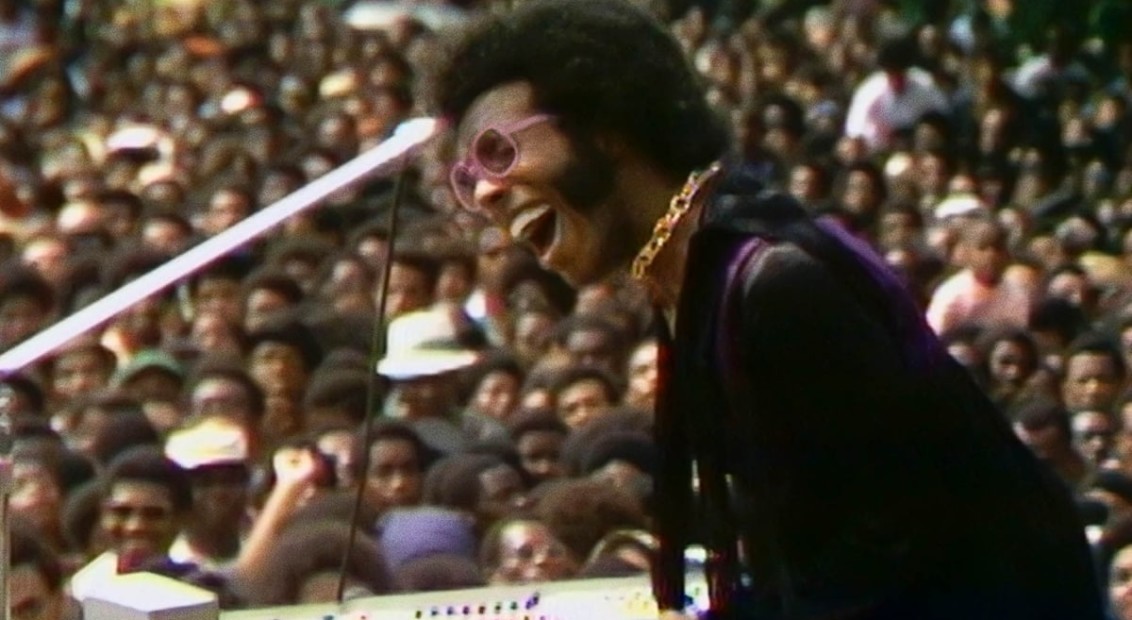 Above image: Still, Summer of Soul by Ahmir Thompson

By all accounts, the summer of ’69 was unforgettable. The Apollo moon landing, the Stonewall riots, the Manson murders and Woodstock – the mythical zenith of a decade that defined a generation. Less well known is that, 100 miles south of the festival in what is now Harlem’s Marcus Garvey Park, another momentous gathering of musical heavyweights was taking place in celebration of Black music and culture. This is the untold story of The Harlem Cultural Festival that is at last being brought to popular attention by a new documentary, Summer of Soul.

Directed by Ahmir “Questlove” Thompson, the acclaimed musician, author and musical director of last weekend’s Oscar ceremony, the feature length doc is full of promising signs. Made from previously unseen archive footage of the six week event, Summer of Soul not only won both the Grand Jury Prize and Audience Award at this year’s Sundance, but was subsequently bought by Searchlight Pictures for a festival-record fee of $12 million.

In the newly released trailer (above), we see forgotten live performances from B.B. King, Nina Simone, Sly & the Family Stone, Gladys Knight & the Pips, Stevie Wonder – footage originally recorded by the festival’s producer Hal Tulchin that has been collecting dust in a basement ever since.

Five years on from the Civil Rights Act of 1964 and just over one year after the assassination of Martin Luther King Jr. the festival was a galvanising success for America’s Black community, with an audience of around 300,000 and free admission. After the decades it has spent in the dark (quite literally), this euphoric moment of Black talent, pride and joy promises to burst into the light.

Summer of Soul will be released in the US in cinemas and on Hulu from 2 July. The UK release date is expected to be summer of 2021.