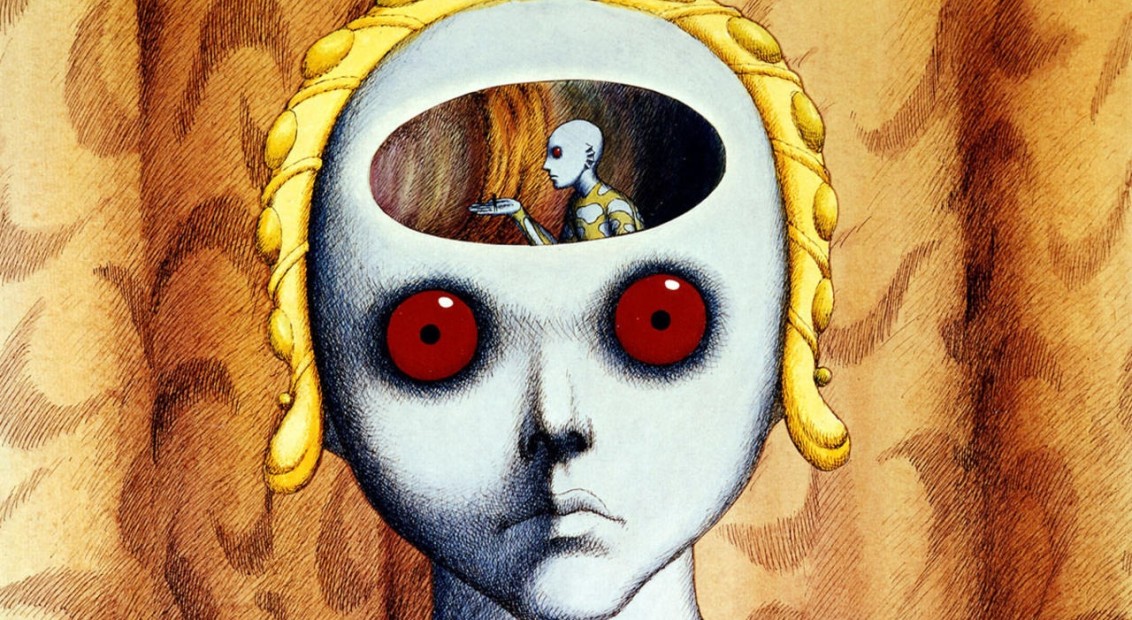 Having touched down on the Moon in 1969, sci-fi was everywhere: in fashion (Paco Rabanne, Courregges), music (The Dark Side of the Moon, Across the Universe, Ziggy Stardust) and film… bringing us nicely to René Laloux’s 1973 cult animation, Fantastic Planet.

A surrealistic sci-fi fable, Fantastic Planet is often cited as one of the most important animated films ever made. Based on a novel by French writer Stefan Wul, this film adaptation uses an animation process of articulated cut-outs put through stop-motion – laborious work done frame-by-frame without the aid of modern digital technology.

Set on a distant planet called Ygam, here small humanoid creatures, called Oms, are treated like vermin by the giant blue Draags. The Draags spend most of their time in a state that’s half transcendental meditation, half baked (their very name is a barely concealed reference to drugs).

Backed by an absorbing psychedelic jazz score composed by Alain Goraguer, the film is as mesmerising today as when first released.

Fantastic Planet is available to stream on Amazon. 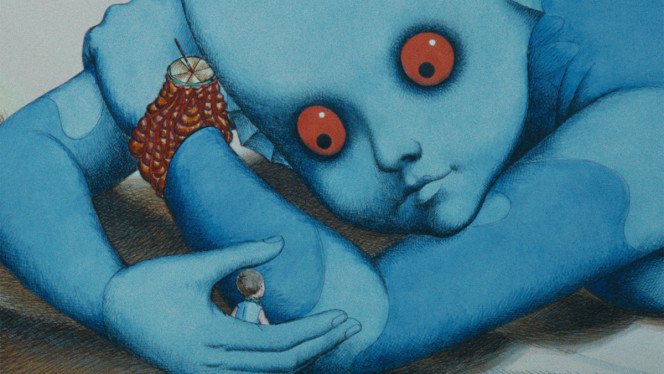 Pure David Cronenberg mindfuck, the cult director’s chilling 1988 film Dead Ringers stars Jeremy Irons twice as twin gynaecologist brothers Beverly and Elliot Mantle. These two have shared each other’s lives since they were born, but when patient Claire Niveau – the owner of a unique three-chambered womb –  enters the frame, a spiral of insanity and despair quickly tears through their once inseparable relationship. Fact: the film is actually loosely based on the stranger-than-fiction (sort of) real story of identical twin gynaecologists Stewart and Cyril Marcus who were found partially decayed and semi-naked in their New York apartment in 1975 having died from barbiturate withdrawal.

A dreary vision of 80s Reaganism is painted by cinematographer Peter Suschitzky, set among a palette of muted greys and dimly lit rooms that contrast wonderfully with Cronenberg’s deep shocks of psychosexuality – such as the twins’ blood-thirsty red cardinal medical gowns and a cannibalistic dream sequence presenting the twins physically joined with Claire literally biting through them.

A staple in Cronenberg’s body horror oeuvre, Dead Ringers perfectly fits in that strange world between B-movie horror and edge-of-your-seat psychological thriller where Cronenberg loves to hit the switches. Reports emerged last year that Amazon had begun working on a series adaption of the film starring Rachel Weisz as both Mantle twins.

Dead Ringers is available to stream on BFI Player. 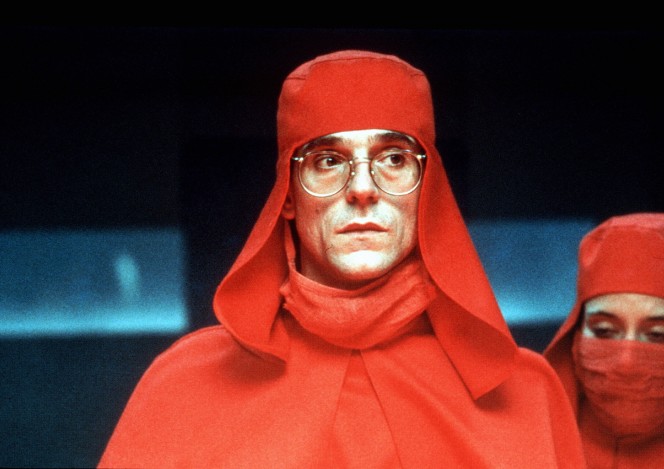 Sleeper announced Woody Allen’s arrival as one of the finest comic actor-directors in America. Combining the slapstick humour of his idols, Groucho Marx, Bob Hope and Buster Keaton, with a dystopian vision of America under dictatorship in the year 2173, it’s a strong-armed satirical jab that hasn’t lost any of it snap.

Borrowing from H. G. Wells’ 1910 novel The Sleeper Awakes, Sleeper begins with Miles Monroe (Allen) waking up from a 200 year sleep after a routine operation in 1973 left him cryogenically frozen. In his mind he’s still the health food shop owner from Greenwich Village but to the team of rebel scientists who illegally revived him he’s their saviour, the only person without a known biometric identity and the key to overthrowing a dictator known only as ‘The Leader’.

At just under 90 minutes, Sleeper moves with a frantic pace reminiscent of Keaton’s The General or Laurel and Hardy’s Way Out West, aided by its Dixieland jazz soundtrack. In many ways its messages reflect a 60s hang-over, a rejection of science, religion and other forms of establishment in favour of something more closely connected to the human condition. This sentiment is underlined in the film’s final scene, when Monroe is asked whether there’s anything left to believe in and responds: “Sex and death — two things that come once in a lifetime — but at least after death you’re not nauseous.”

Sleeper is streaming on MSN. 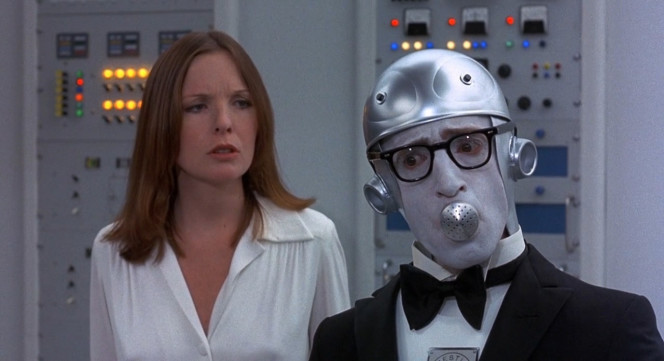