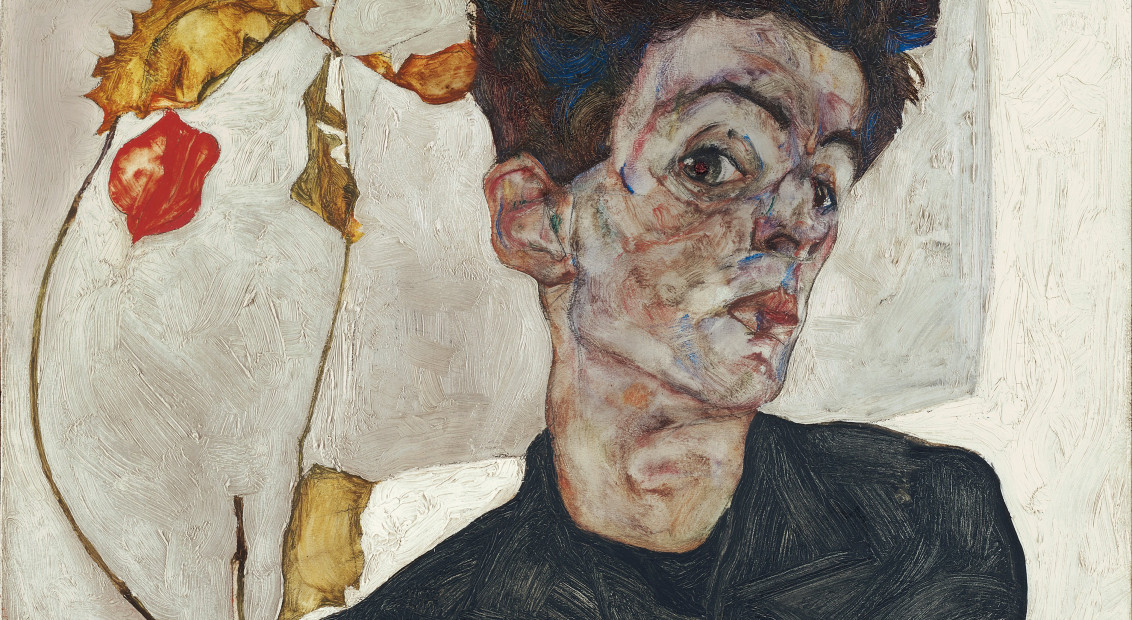 Egon Schiele: the Austrian painter who redefined the nude portrait

Despite succumbing to Spanish Flu in 1918 aged just 28, Austrian artist Egon Schiele honed a unique visual signature that survives him to this day. Focussing almost exclusively on the human form, his sinewy and etiolated nude figures were sexually complex front-runners of the Expressionism movement and remain among its most instantly recognised examples.

Schiele began his studies in Vienna but as so often befalls the prodigiously gifted, found them stifling and restrictive. One year into his time at Vienna’s Fine Arts Academy, Schiele sought out Gustav Klimt, a star of Vienna’s art scene and founding member of its Secession movement that championed young and unconventional artists. The two formed an instant connection. Exchanging paintings and models, Klimt introduced him to the city’s most revered art patrons, leading to the young artist’s first solo exhibition in 1908.

Free from the constraints of academia and with one of the world’s most brilliant artists as his mentor, Schiele began to flourish. Early works like Portrait of Anton Peschka (1909) show the extent of Klimt’s influence, but through his intense productivity and exposure to artists like Van Gough and Edvard Munch, Schiele quickly evolved a distinct style that built upon Klimt’s embellished eroticism with a more overt psycho-sexuality. 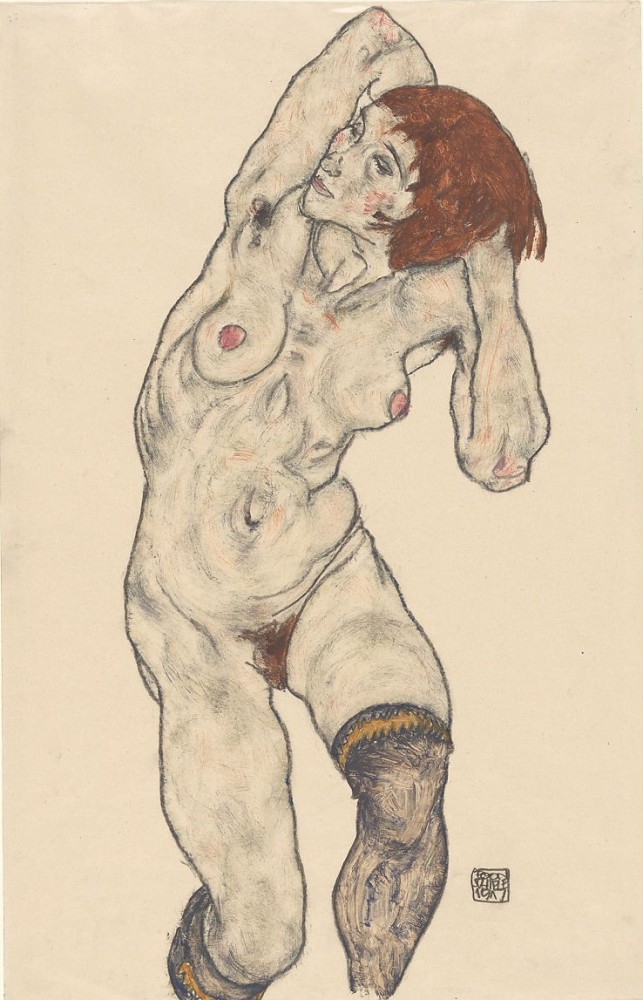 By 1910 Schiele began experimenting with nudes. In keeping with his rejection of the art establishment, these were distinctly unacademic and bore no resemblance to the well-proportioned figures of classical art history. Instead, Schiele experimented with form, colour and conventional beauty standards, less concerned with the precise recreation of the human body than a provocative portrayal of its sexuality. Viennese high-society were blindsided by young Schiele’s explicit portraits, some of which featured young girls or prostitutes, and the artist was arrested on grounds of public immorality and seducing a young girl below the age of consent (fourteen).

After serving two months in prison, Schiele’s work bore a marked difference upon his release in 1913. This latter period of his oeuvre is defined by the monumentality of his portraits and their vivid detail as well as the realism of his nudes, many of which were painted of his mistress, Wally. The pair’s separation four years before his death prompted one of Schiele’s best-known works, Death and the Maiden (1915). With a composition reminiscent of Klimt’s The Kiss (1907), the painting sees two lovers cling to one another in a barren wasteland, channeling the erotic sense of macabre that resonates so strongly across Schiele brief but bright career. 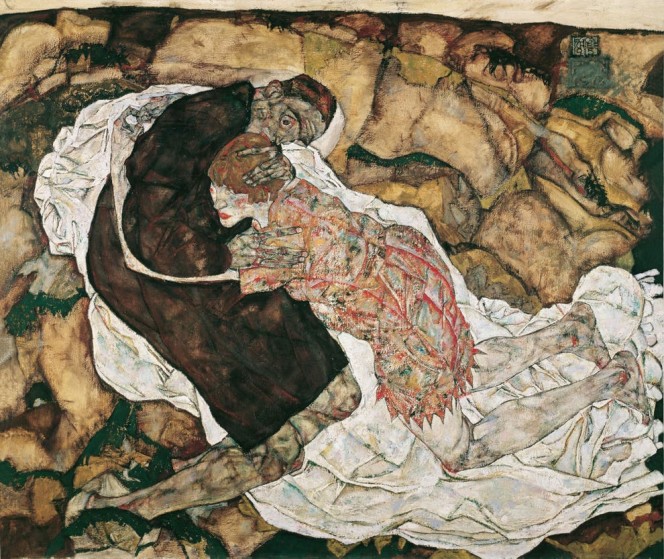 Of the many hundreds of drawings, sketches and paintings made in his lifetime, Schiele’s most enduring legacy remains the self-portrait. His fanatic obsession with self-image reflected his own desperate need for self-discovery, with the canvas revealing aspects of Schiele he had not yet come to terms with himself. This would explain the unflinching and at times grotesque nature of his self-portraits, in which he is often naked and emaciated, sometimes castrated or deformed.

These intensely autobiographical works reveal many of Schiele’s traumas, none more so than his fraught relationship with his mother. In Schiele’s various letters and memoirs the pair’s estrangement is clear, with the artist claiming his mother had not “the least bit of understanding for me and unfortunately not much love either.” Maternal neglect manifests in various forms, most clearly in portraits like Dead Mother and Dead Mother II where Schiele paints himself as an infant inside his dead mother’s womb, the implication being that he has only himself to thank for his own existence.

More nuanced examples are seen in Schiele’s double-self portraits, in which the Gothic motif of the doppelgänger is both a companion and a reflection of multiple personalities. In Schiele’s case this is most likely an expression of frustrated sexual identity. After his father died of syphilis, infecting his mother and four siblings along the way, Schiele’s castrated self-portraits are as much a rejection of his masculinity as an impassioned cry for help. 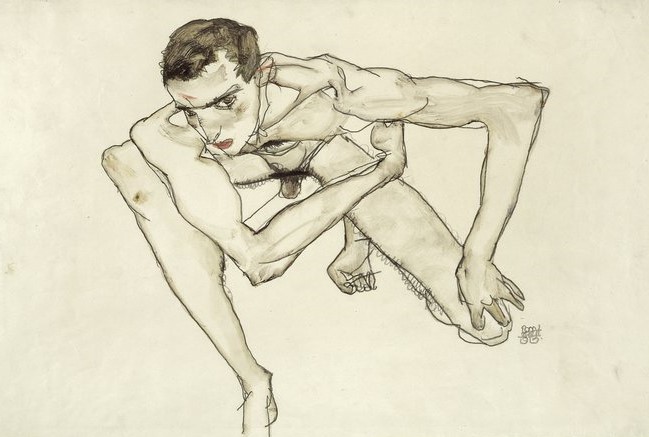