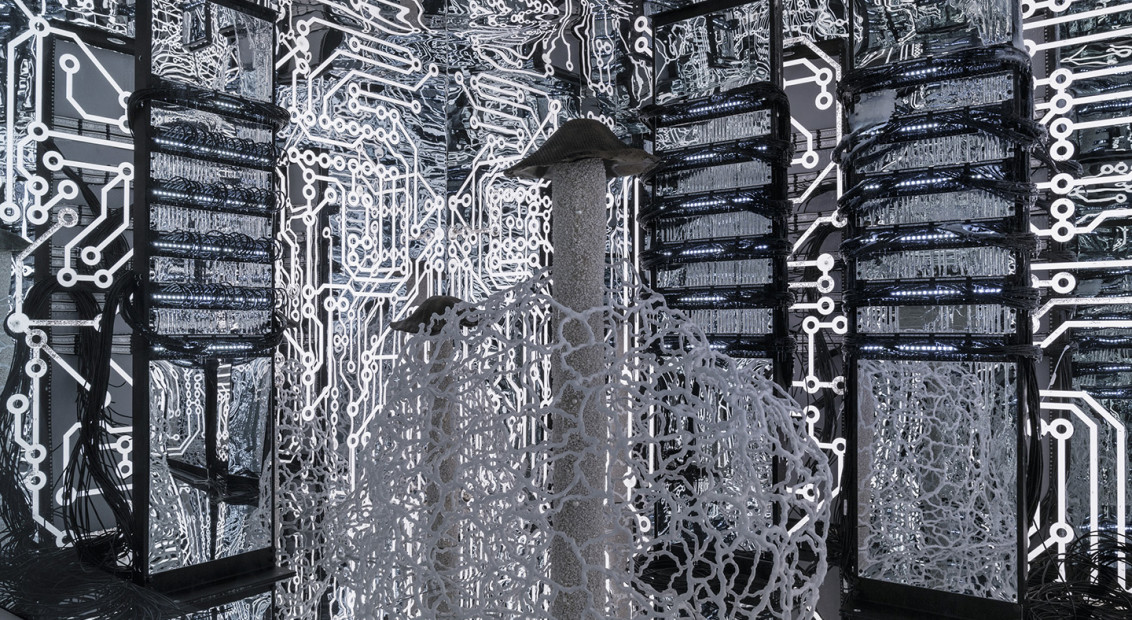 Anicka Yi: the artist who wants you to smell her art

One of the most innovative and unique contemporary artists working today, Anicka Yi’s conceptual practice appeals to all senses, encompassing sight, sound, touch and smell. Working with live bacteria, human sweat, organic decomposition and enormous agar plates, the New York-based artist produces visceral works that you smell before you see, with sculptures and immersive installations that often metamorphose over the course of an exhibition. In prioritising smell above sight, Yi’s work not only places the supposedly feminine sense above the masculine gaze, but challenges underexplored associations between smell and memories, emotions and prejudices.

Born in Korea, Yi moved to the US at a very early age before her parents settled in California. After periods spent in London during her 20s where she worked as a fashion stylist and copywriter, Yi only turned to making art once she’d turned 30. Despite returning to New York, where she began creating work with Josh Kline and Jon Santos under the collective 47 Canal (which has since become a gallery that represent Yi), writing remains an important part of Yi’s practice, with each of her works emerging from (and alongside) extensive written backstories. 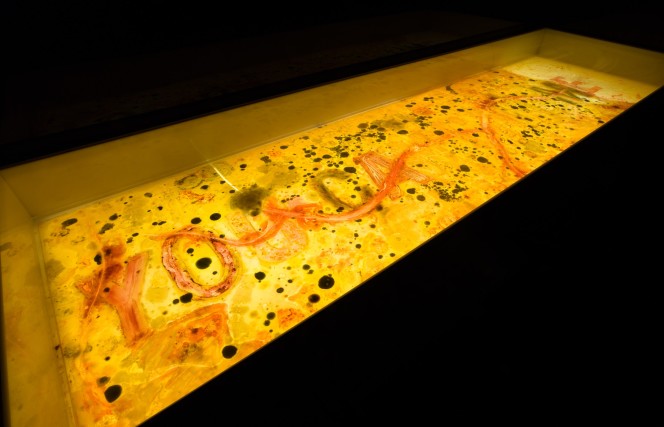 Anicka Yi, You Can Call Me F, 2015. Courtesy: the artist and The Kitchen gallery

It was 47 Canal that gave Yi her first solo show in 2011 – a multi-disciplinary exploration of synesthesia filled with evocative stains and odours – and has since been followed with memorable exhibitions at major institutions. In 2015, Yi led a part-exhibition, part-scientific study that involved taking swabs from 100 women and, in collaboration with MIT synthetic biologist Tal Danino, cultivating the bacteria into an agar billboard. You Can Call Me F was Yi’s attempt at answering the question “What does feminism smell like?”, and in giving physical form to the nooks and crannies (women were allowed to choose any part of their bodies to swab), she confronted visitors with what she refers to as the “patriarchal fear” surrounding hygiene and the female body.

That exhibition set the tone (or aroma) for Yi’s Guggenheim exhibition in 2017.  Confronted with an institution at the centre of the art world’s boy’s club, Yi opted to create another work from bacteria, once again collecting swabs from 100 women. For Life is Cheap however, Yi collected swabs exclusively from Asian-American women in Manhattan’s Chinatown and Koreatown, which she used to grow bacteria on plexiglass tiles. Shown opposite was another temperature controlled space in which a colony of 10,000 carpenter ants (a matriarchal species that communicate via smell) swarmed on a structure that resembled a circuit board. Both works were accompanied by scents that Yi developed with perfumers: one an essence of Asian-American women and the other, a distilled scent of ants. Both blended together as visitors walked between the two works, evoking nostalgic memory among some and the potency of female networks among others. 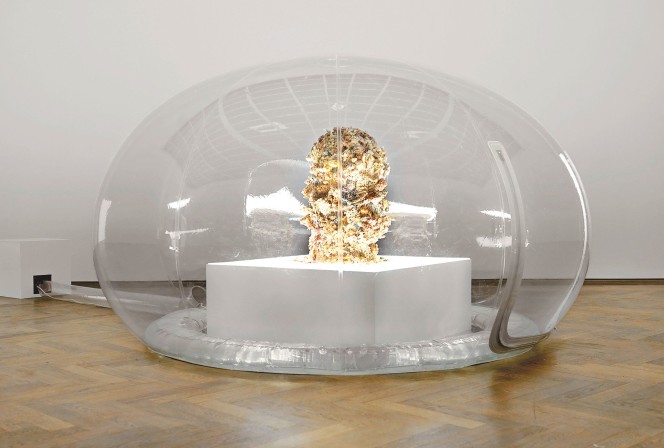 At its provocative, mischievous best, Anicka Yi’s work takes aim at the prevailingly western squeamishness surrounding bad smells. It is, she claims, a neurotic obsession of ours, fed by an equally neurotic obsession with cleanliness and hygiene. This all amounts to valuable cultural capital for Yi, a way of examining our conditioned perception of the world with the potential to recalibrate and realign it.

For a somewhat unofficial project undertaken with fellow olfactory artist Sean Raspet, Yi explored the potential to orchestrate some level of social action using smell. Targeting an Abercrombie & Fitch store somewhere in downtown LA, the duo sought to replace the store’s renowned funk with something of their own design. The response only reinforced Yi’s interest in western cultural responses to foreign smells. Despite not using a whiff of gasoline in their scent, shoppers claimed they could smell it in the store, prompting the arrival of LA’s fire department and Yi’s swift departure.