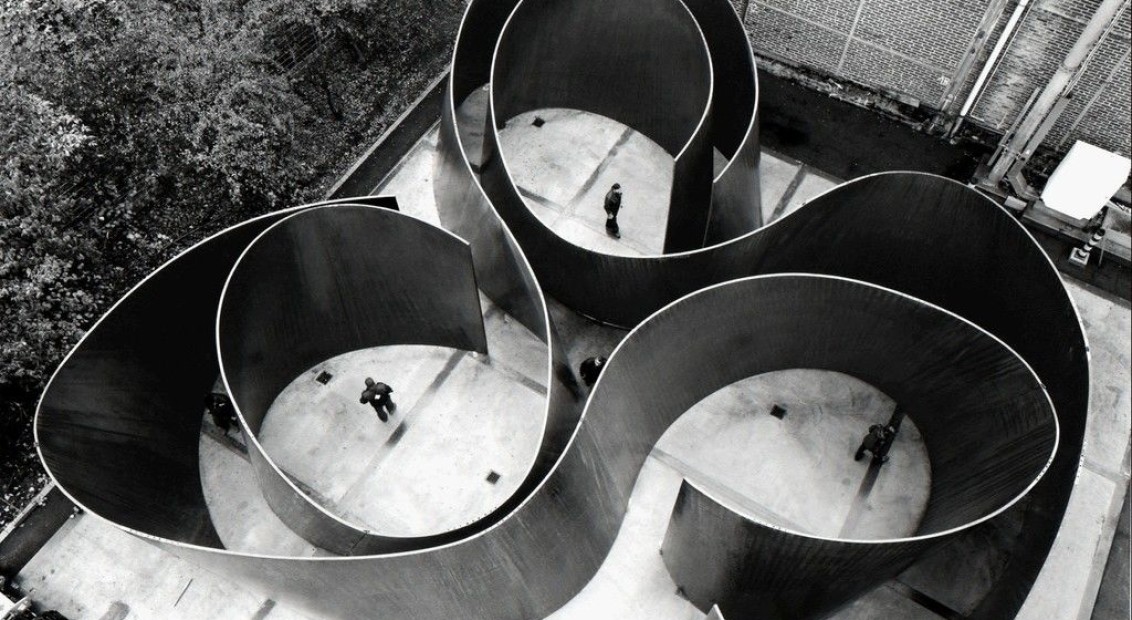 Richard Serra: the American sculptor cutting up space-time with steel

One of the most influential artists of his generation, US sculptor Richard Serra is globally revered for his monumental, site-specific sculptures made from industrial rolled steel.

Having worked in steel mills to support his early studies in English literature, Serra’s interest in the material began at an early age, well before he considered using it for making art. In those early years, Serra’s main artistic influences came from minimalism and the abstract expressionists of the day: the likes of Jackson Pollock and Willem de Koonig, whose work became a source of fascination for Serra while studying painting at Yale during the early 60s. Early examples of their influence can be found in Serra’s Splash series made later that decade, in which the artist hurled ladles of molten lead against the intersection of wall and floor, where it hardened and was removed as long textured sculptures.

Later, in the 1970s, Serra began experimenting with the material that has since become his global signature. COR-TEN steel, as it is known by its genericised trademark, is a type of weathering steel that develops a stable rust-like appearance after extended exposure to the elements (so as to eliminate the need for painting). This is important to note because Serra’s adoption of the material coincided with his transition to the outdoors, where he began to make enormous site-specific sculptures that often dwarfed the viewer. Excellent early examples include Terminal, a 40ft trapezium comprised of four enormous sheets of rolled steel created for documenta VI (1977). Leaning against one-another to form a rough, angular tepee-like structure, the sculpture (and others like it, including in London’s Broadgate) creates an accessible interior shaft that challenges the viewer’s physical perceptions of their own body. 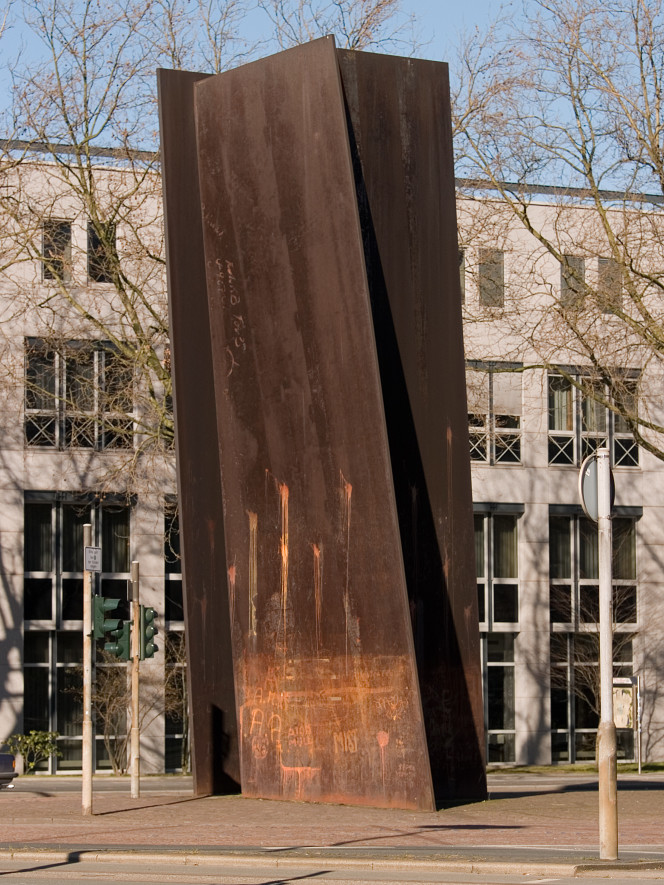 Such is the scale and weight of Serra’s sculptures, that when they are housed indoors it is in spaces that have been specially designed to do so, often with high ceilings and reinforced floors. In the case of Serra’s 2005 commission for the Guggenheim in Bilbao, the collection of permanent sculptures are displayed in the museum’s largest room, specifically designed by architect Frank Gehry. Seen from the viewing gallery above, these eight enormous works of weathered steel curve, fold and torque with a fluidity that belies the supposed rigidity of their material, spiralling like pieces of card or ribbon.

Like so many of Serra’s sculptures however, the power of this work can only be fully appreciated at ground level, walking along their undulating curves and tracing their labyrinthine passages. As with his Terminal sculpture, The Matter of Time demands a phenomenological approach and as such Serra has meticulously planned the position of each work in relation to one another to ensure that viewers move between them as he intended. From narrow corridors that seem to close in on you from all sides to cavernous spaces that fit several people at once, the work is both experiential and contemplative, creating a dizzying sense of space in motion. 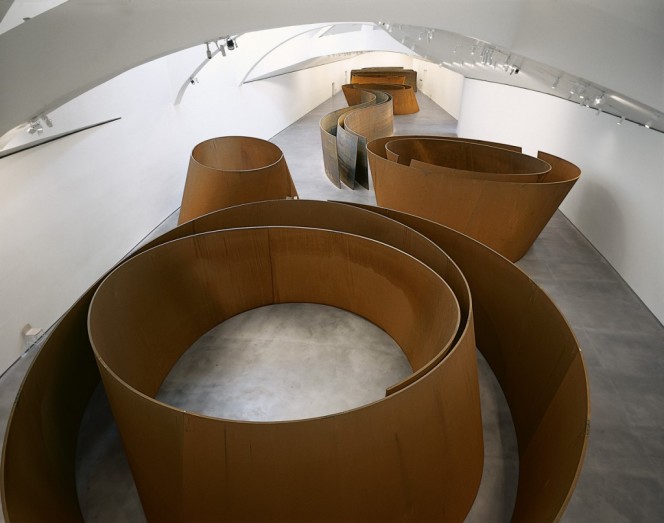