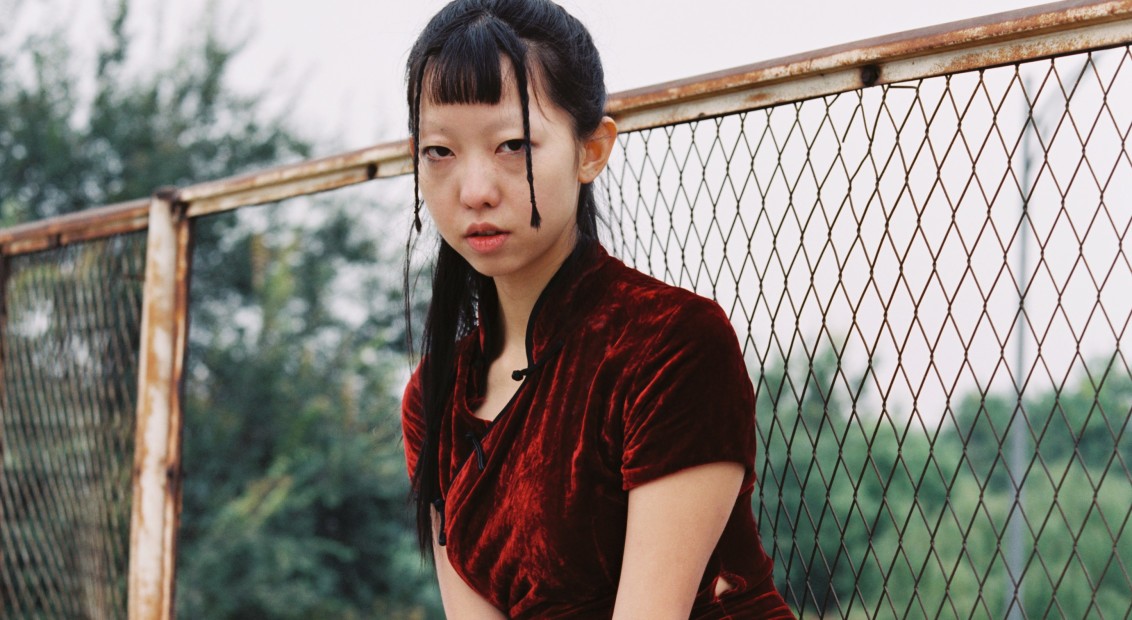 Luo Yang’s GIRLS began in 2008. Inspired by her personal explorations of individuality, the Chinese photographer’s series remains ongoing, continuing to probe the nuances of female experience.

Born in 1984, Yang’s photographic career began as a recreation through which she could navigate and make sense of her own youth. This narrative is traced in GIRLS – a series centred on the observation of female becoming. The images are simultaneously intimate and mysterious. From one perspective, Yang’s portraits frame individuals that exude a robust, even rebellious resilience. It is evident that her sitters have faced hardship. Yet from another, the girls she casts in her photographs harbour a very raw vulnerability, and it is this candid duality that Yang captures so sensitively.

The series eloquently articulates the paradox of adolescence, without confining it to a singular definition. Yang’s GIRLS exclusively represent contemporary China, yet their ‘coming of age’ is a universally recognised experience. Its genius therefore, lies in its ability to appeal to the collective as deftly as it does the individual. Below, Yang shares the inspiration behind GIRLS, its development, and her creative process. 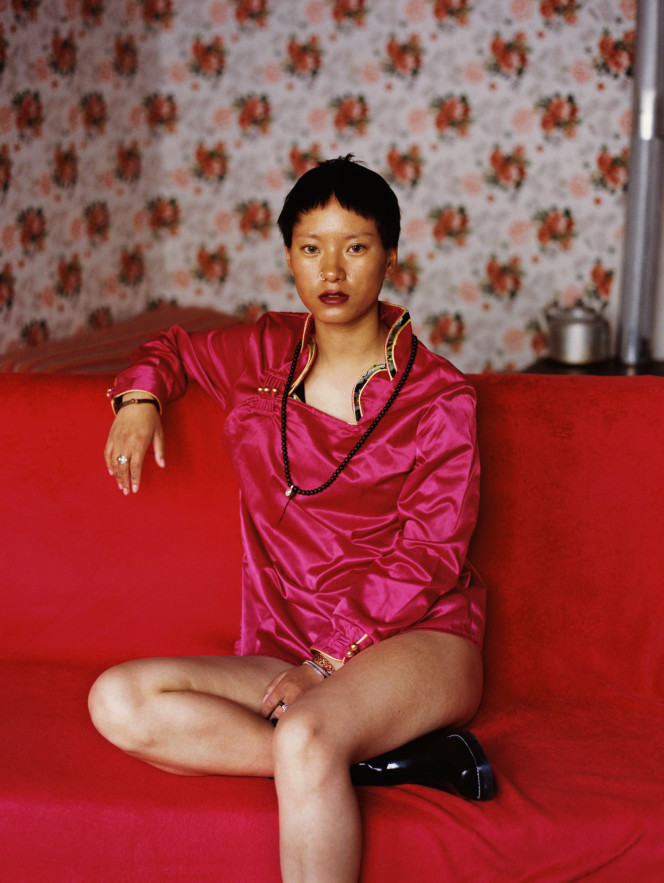 Stevie Cannell: GIRLS has been an on-going project since 2008. Can you tell me about why you embarked on this series and what you set out to explore?
Luo Yang: It started with a very simple idea. In college, I’d borrowed a point and shoot camera and I used it to record my friends and people around me. It began as more of an exploration and to release the feelings I’d experienced in my adolescence.

SC: Was there a starting point for the series, or did you find that a narrative emerged more organically?
LY: Everything began and gradually developed by itself – it was more an organic process. I started with a very simple idea and it lead to a much bigger world shared by all of us.

SC: Did you find the project developed into something other than what you’d originally planned?
LY: I didn’t think or plan its development too much, everything kind of develops by itself naturally. This is what I found with GIRLS. Times are changing, people are changing too. The subjects of my works are different. These changes inspire me, and I want to record them with my camera. In YOUTH, the series after GIRLS, I strive to do the same.

“I believe that age has nothing to do with it because I believe there’s still a girl inside every woman.” 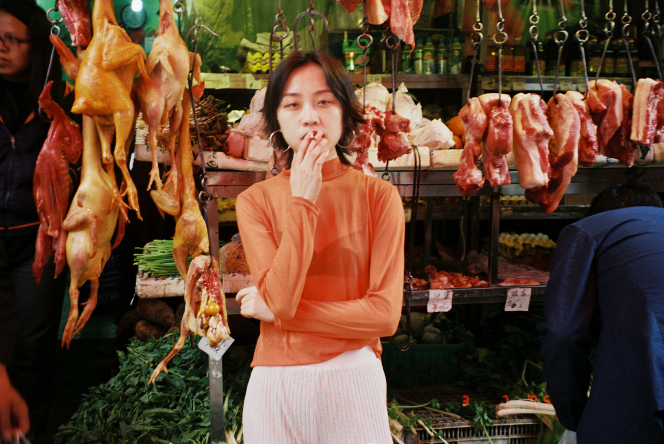 SC: Can you explain the significance of the title GIRLS, and why not ‘WOMEN‘?
LY: Because my series focuses on adolescence and young girls, they are girls inside despite their age. I also think ‘women’ implies a more mature and experienced stage. Now that I have more people around me being women, perhaps that will be the topic of my next series. I believe that age has nothing to do with it because I believe there’s still a girl inside every woman.

SC: Many of your sitters are featured nude, but your images are not provocative, or even necessarily sexual. What is your view on the relationship between nudity and sexuality?
LY: I don’t think there is necessarily a correlation between the two. Nudity can be sadness, anger or any other things. Nudity is a reflection of the inner emotions of the model. It speaks for more things than just a pile of flesh. I never think of the word “sexuality” in my shoot. Instead, it’s always words like “authentic”, or “intimate”. In some instances, sexuality is what the subjects choose to express themselves, but it’s not something that I intentionally look for.

“Nudity is a reflection of the inner emotions of the model. It speaks for more things than just a pile of flesh.” 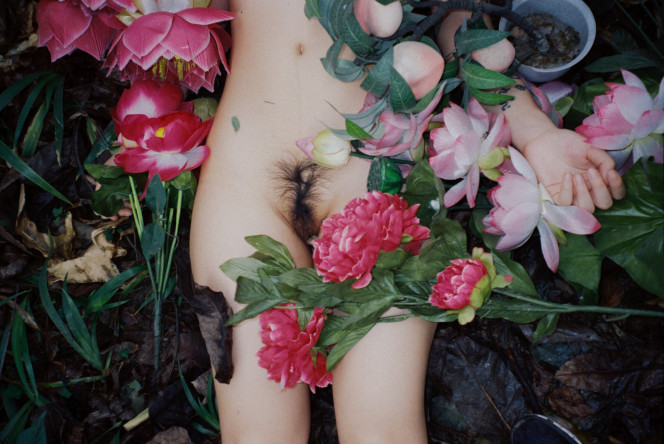 SC: How do you create moments of intimacy in the composition of your images?
LY: First, and most importantly, is that I enter the world and lives of these girls. It is private, personal and authentic, and so is the connection we have. I always spend time with the subject before the shoot, even just to talk to them for a while, so that we can get to know each other better. It’s also a thing about general feeling. If you open yourself up to people, they are able to feel it. And this process is mutual, only when you share similar qualities are you able to connect. Naturally you’ll be able to see that quality projected in the photographs.

SC: How do you navigate the boundary between intimate and invasive?
LY: These two are co-dependent to some extent. But the premise is to be sincere and honest with the subject, or people in general, so that they feel like they can open up to you, instead of being forced to do so.

SC: Conventionally, Asian female sexuality has been polarised – muted or fetishized. How do you feel your work contributes to a shift in that narrative, if at all?
LY: For me, I never intentionally think of expressing sexuality in my works. Instead, what I want to present is the inner world of these subjects and their lives. These girls that I shoot are indeed self-centred and rebellious, which is reflected in the photographs. My images only record and present their states that are against traditions. I want people who see my photos to feel comfort and be touched. I hope they connect to a shared experience or moment too.

“I enter the world and lives of these girls. It is private, personal and authentic, and so is the connection we have.” 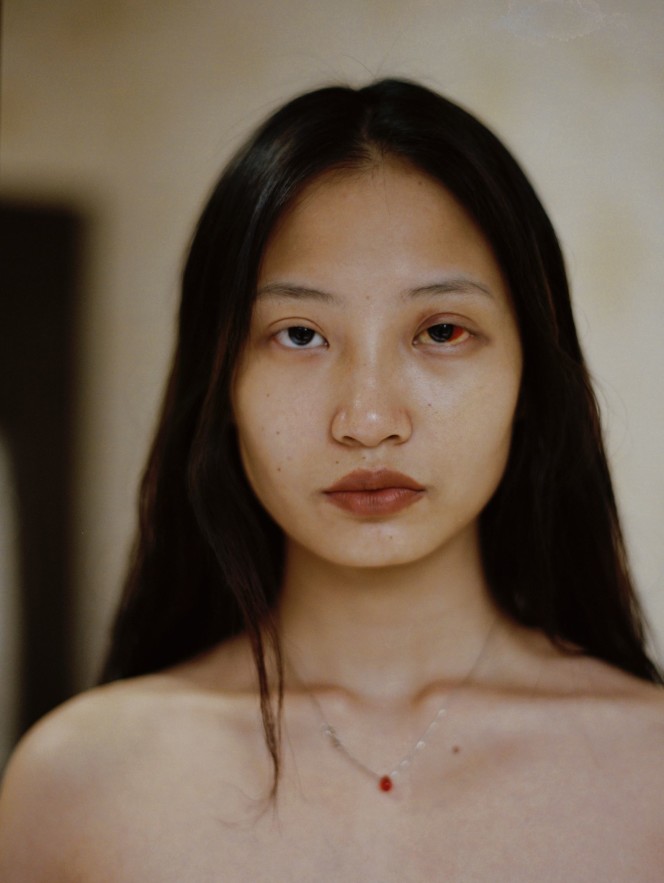