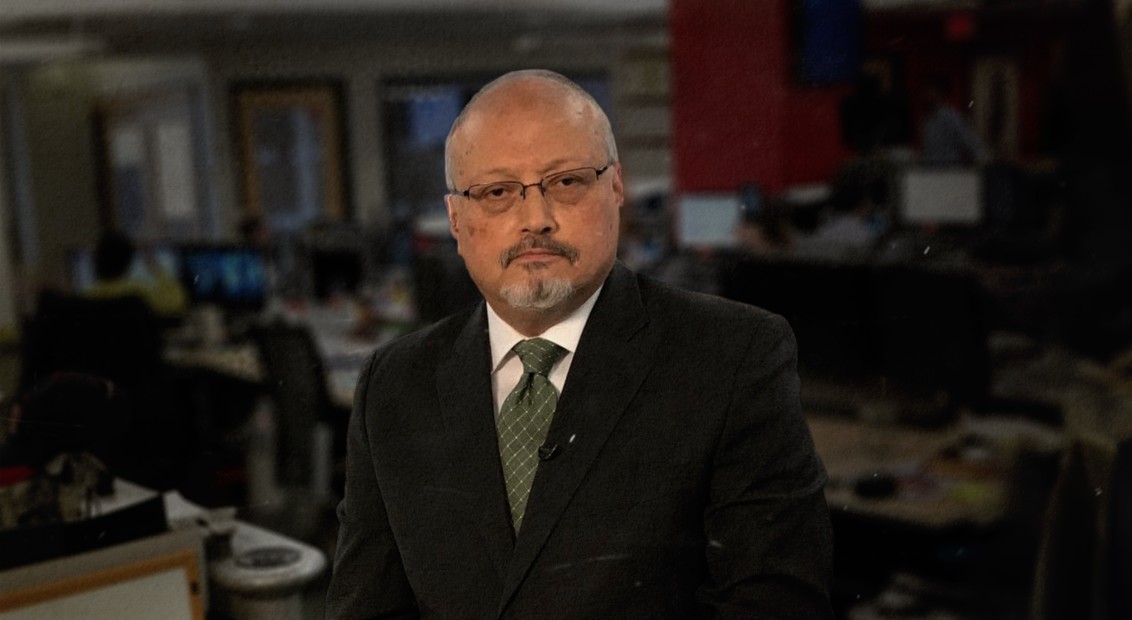 In The Dissident, US director Bryan Fogel (Icarus) tells the story of how one of the world’s most powerful nations murdered one of their loudest critics and got away with it. In a series of events that seem scarcely believable, the death of Jamal Khashoggi at the hands of Saudi agents in 2018 feels like the discarded plot of a cheap action thriller. But as Fogel’s film sets out in harrowing detail, this is a very real story whose aftershocks continue to reverberate, inflaming international tensions and exposing the true balance of power.

A lifelong journalist who attended university in the US, Khashoggi pushed for democratic reforms in his native Saudi Arabia his entire life. His support for political Islam and rejection of religious conservatism earned him a reputation in the west as a liberal progressive, but frequently provoked ire among the Saudi royals that resulted in Khashoggi’s exile on more than one occasion. At the time of his death in October 2018, which, according to the CIA’s recent report was officially sanctioned by Saudi’s crown prince, Mohammed bin Salman, Khashoggi was in exile once more. Arriving at the Saudi consulate in Istanbul to obtain documents needed to marry his fiancée, Hatice Cengiz, Khashoggi entered the building and was never seen again.

Below, Fogel breaks down the process behind making The Dissident, how he negotiates his own sense of fear and what changes he hopes the film will help bring.

Finn Blythe: What did you set out to achieve in making this film?
Bryan Fogel: It’s always complicated because I think my goal, first and foremost, was to craft a good film. A film people would see, that they’d be emotionally connected to, want to spread the word about and also enjoy from a purely cinematic perspective. To that extent, I feel like myself and my creative team met that goal and I’m certainly proud of the final result. From an activist point of view that’s a very different question. I want the film to be seen not only as a historical reminder of what is happening, but to illustrate that everything presented in the film is as relevant today as it was at the end of production, nothing has changed.

From that perspective, I really hope the film can bring about some powerful change in political arenas, especially regarding sanctions against Saudi Arabia and holding the kingdom accountable for its human rights abuses. So on one level I feel I met my goals in terms of what I wanted the film to achieve and on another there is so much more to be done.

FB: As a writer I’m interested in storytelling and the way in which you’ve structured such a large-scale investigation with this film. Could you tell me a little bit more about the nuts and bolts of putting together an investigation like this? How long did you spend planning and researching?
BF: I was following the story, as I think so many were, in those first couple weeks of October and I was riveted. I found myself compelled to start reading about Jamal Khashoggi because, prior to his disappearance, while he was well known in the Middle East and a well-respected writer, I didn’t really know about him because I hadn’t been following the region. As I read about this man I saw so many things that triggered my passion and wanting to tell a story: a fight of human rights, a fight of freedom of speech, a guy who was so impassioned to make his country a better place to live for all of its citizens that he literally put himself in self-exile in order to be able to speak truth. So I saw many qualities in Jamal that I was drawn to.

Then, as I read the story of Hatice Cengiz, waiting outside the consulate, the story of Omar Abdulaziz [another prominent dissident of Saudi Arabia forced to flee to Canada] had surfaced as well. These elements got me into a mindset of: “Maybe this could be my next project.” It certainly had all the tentacles that I would want to follow in a story and if I could gain that access and that trust, of Omar, of Hatice, the Turkish government, Jamal’s friends, the Washington Post, maybe I could go about crafting this film. So by the third week of October I was in Washington, meeting with the editors of The Washington Post. Three weeks later I was in Istanbul, meeting with Hatice. A month after that I was in Montreal with Omar. I spent weeks building their trust before we actually began shooting. 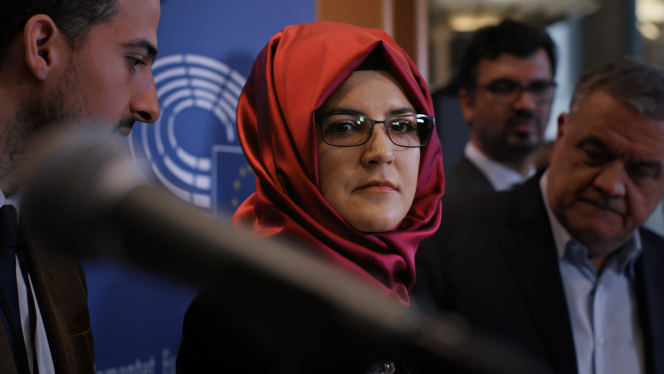 FB: How do you go about securing the trust of these individuals?
BF: I think it comes purely through personal connections. If you and I started spending time together and developed a friendship, if we both said, “Hey, I like you, you like me,” then we develop a trust and over time that trust grows – but it never comes instantly. You might have a feeling about someone, but at this point Finn and Bryan don’t really know each other. If we started hanging out and shared a few beers, if we talked about our lives and our families and our upbringings and our goals and what values we have, then trust starts being built. That was the identical process for me with Hatice.

I travelled to Istanbul and she was in deep mourning. My creative team and I didn’t show up there with a camera in her face, we just said, “Hey, let’s meet, let’s talk.” Hatice and I then spent the next five weeks in Istanbul, not shooting, just sharing stories of our lives. I was there as a friend, trying to help her emotionally navigate what was going on and telling her, which I authentically meant, “I’m not here for a day or a week or a month, I’m here to work with you as long as you need me, to help tell this story. I’m going to do everything in my power to protect you and protect Jamal and nothing will be in this film that you don’t want because I understand that this is your story and I’m here to go on this journey with you.” The same thing happened with Omar.

I think there are different ways in which you can approach filmmaking, documentary filmmaking or journalism. One way is you’re a fly on the wall, your job is to observe and report, not to do anything that might actually change the narrative of the story. The way I approach it is a bit different. I’m there to observe and report, but I’m also there to try to help, I’m also there as a friend. As these relationships develop, as in the case of Hatice or Omar, or as you see in Icarus with Grigory Rodchenkov, our friendship and the trust we have ultimately allows for the story to be told in a more honest and authentic way, because it’s so truthful. 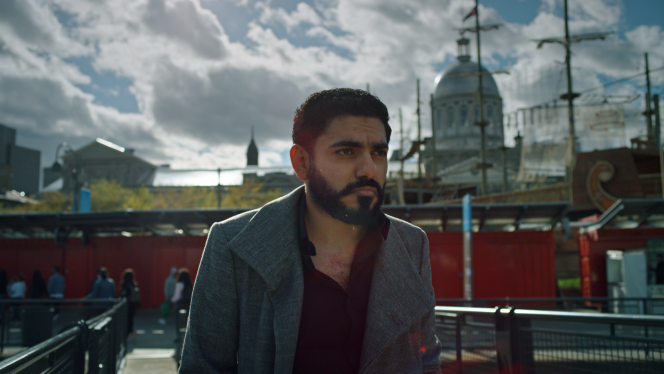 FB: Were you at any point scared during the making of this film?
BF: Well, I think you have those thoughts – I had those thoughts. But those thoughts are not productive, right? It’s kind of like working for the Red Cross. You’re going into a conflict zone where you know people are being injured and you know there’s a chance you might get shot, but on the other hand, if you don’t go there, there’s a lot of people that aren’t going to get medical attention. That doctor or photographer, that report or that journalist is faced with a decision: “Do I go there or not?” Ultimately that’s a personal decision. So for me, I’m looking at a story and going, “OK, there’s this variable, that variable and the other variable. On the other hand, Hatice is suffering, Omar’s family is in jail and thousands of people are living under this oppressive regime.”

I have an ability through my work and through people who will fund my projects, organisations like the Human Rights Foundation who got behind the film, to tell this story. Since this story’s bigger than myself I feel like I should do it. If you stand there and just think about the possible ‘what-if’ scenarios, it impedes actually doing the work. So I focus on just doing the work and not on the ‘what-ifs’ because they’re out of my control.