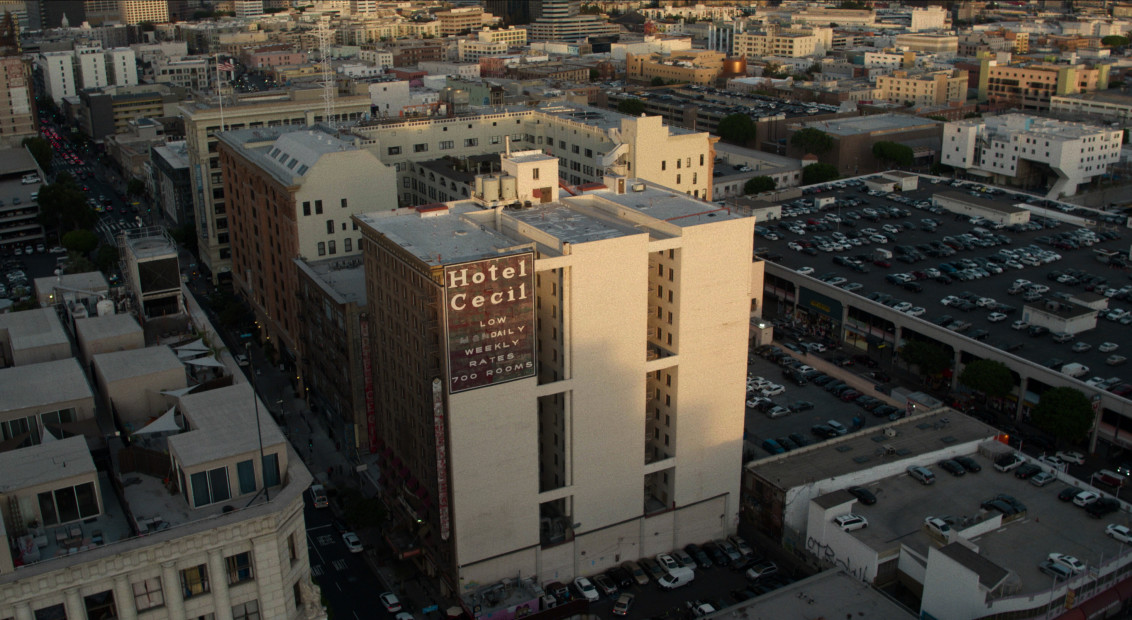 In the trailer for Netflix’s latest true crime series, we see surveillance footage picturing the tragic final moments of Elisa Lam, the 21-year-old college student whose body was found in the water tank of LA’s Cecil Hotel in 2013. The indecipherable circumstances of her death, combined with the hotel’s long association with nefarious activity attracted world wide interest that now culminates in Crime Scene: The Vanishing at the Cecil Hotel, a new documentary by Joe Berlinger (The Ted Bundy Tapes).

Lam’s disappearance provides the focus of this new series (anyone familiar with the case can attest to its complexity) but in reality it was just the latest chapter in the dark and bloody history of the Cecil Hotel. Though now re-branded, owing partly to the global interest in Lam’s case, the hotel’s reputation began to deteriorate when the surrounding Skidrow area sank into poverty during the 50s. From then, the hotel became synonymous with reprobates and petty crime, and yet despite the numerous suicides that occurred in its rooms from this period onward, the hotel’s reputation for violence only emerged much later.

In the early 80s, America’s homicide rate was at its highest on record and the crack-cocaine epidemic was beginning to take hold in impoverished urban areas. In LA, the streets were terrorised by Roger Ramirez, the serial killer known as the Night Stalker who would later be sentenced for the murder of 13 people. Ramirez not only stayed at Cecil Hotel for several weeks but is rumoured to have engaged in part of his killing spree while staying there, with one voice in the documentary trailer noting how he would, “come back covered in blood, and no-one [had] a problem with that.” Featuring talking head interviews with the hotel’s former staff and guests as well as criminal experts, the documentary aims to shed light on one of LA’s darkest stains.

Crime Scene: The Vanishing at the Cecil Hotel arrives exclusively on Netflix 10 February