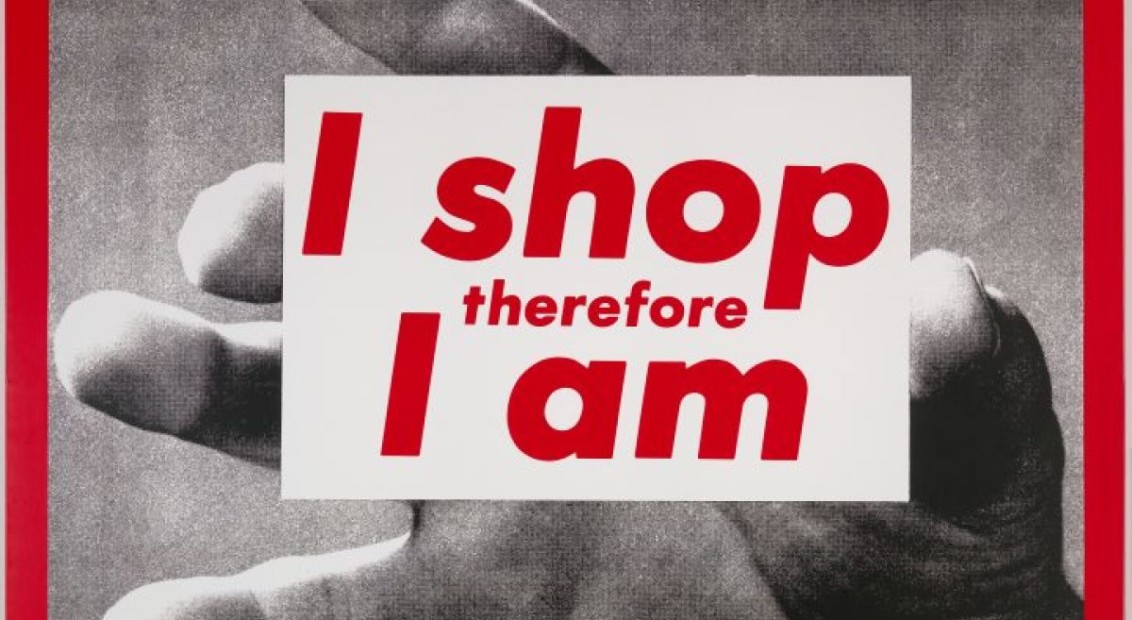 Barbara Kruger: the legendary US artist who always speaks her mind

Few artists pack a punch like Barbara Kruger. Since the 70s, the US artist had made provocative, text-based art her signature, honing a graphic style that is as widely recognised as it is imitated. At the heart of Kruger’s enduring appeal is her gift for dissent. Combining found images, colour and text into explosive collages, Kruger borrows from the visual language of mass advertising and state propaganda to pose challenging questions on the fragile state of our civil freedoms.

Kruger’s gift for words and resonant, punchy slogans began with her passion for poetry, which she wrote alongside her studies at Parsons School of Design in the mid-60s. But it was her 1978 work Picture/Reading that provided the greatest clue of what was to follow. For this series, Kruger combined her own architectural photographs of domestic Californian vernacular with entire paragraphs of cinematic text.

In one example, shadows from a midday sun fall across the kitsch exterior of a Californian home, complete with faux Corinthian balustrades. In the accompanying text we meet Gail, a submissive, scantily clad housewife who wiles away the hours waiting for her man to return by sleeping, smoking and watching TV. With strong feminist undertones and a strong interplay between image and text, the work offered an early taste of Kruger’s to deliver an evocative narrative in a single snapshot.

Notable early slogans included “I shop therefore I am,” “You are not yourself”, and, to cap off what was a defining decade in Kruger’s career, her 1989 “Your body is a battleground” poster for the 1989 Women’s March on Washington. With their cut-and-paste aesthetic, these works owed much to Kruger’s formative years in magazines (she worked for Conde Nast’s Mademoiselle in the 60s) and were essentially extensions of the ‘paste ups’ she was producing in her twenties. 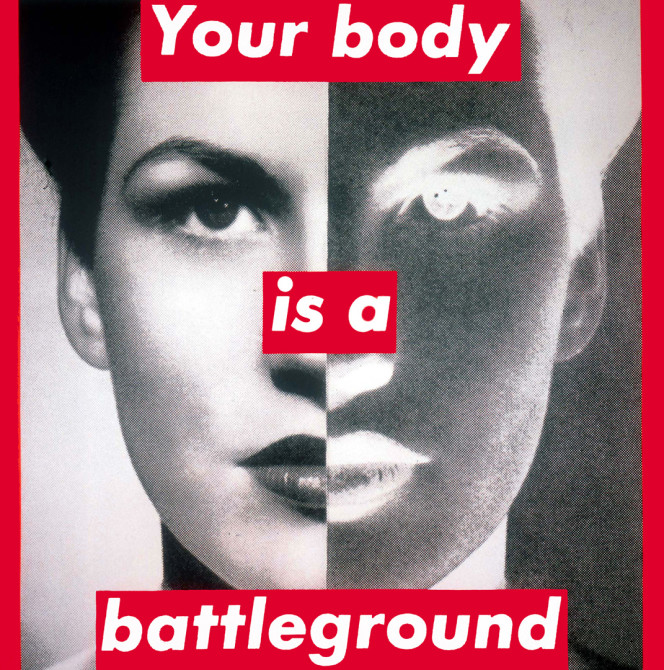 Barbara Kruger, Your Body is a Battleground, 1989

Kruger’s fascination with the found image aligned her with a group of like-minded artists including Cindy Sherman, Richard Prince and Laurie Simmons who became known as The Picture Generation. These artists all emerged in the 70s, when the utopian promise of a decade before was crumbling in the face of Watergate and the Vietnam War, and the increasingly ubiquitous forms of ‘mass media’ (then an entirely novel concept) were first identified as controlling forces in deciding attitudes towards sex, race, identity and gender.

Heavily influenced by the likes of French cultural critics Michel Foucault and Roland Barthes, who maintained that the meaning of modern texts and images was not intrinsic but relied upon associative references to other text and images, The Picture Generation understood they could exploit this visual language and turn it on itself. In the group exhibition responsible for coining their collective moniker (held in 1977 at the Artist’s Space Gallery, New York), Jack Goldstein drew looped film sound effects that evoked a sense of fear or dread in the listener, Cindy Sherman presented dollhouses and B-movies as early social conditioning manuals while Richard Prince focused on what he termed “social science fiction” by exploring surreal spaces in luxury advertising. 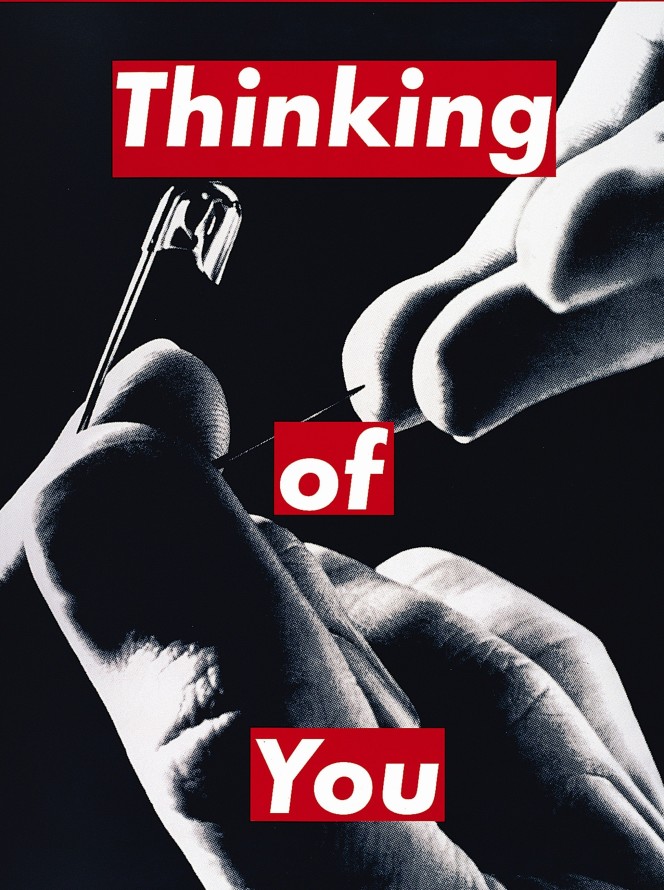 Inspired by postcolonial cultural theorist Homi Bhabha’s observation that “the globe shrinks for those who own it”, Kruger’s multi-channel video installation presented a typically withering condemnation of modernity. At the centre of Kruger’s ire is the increasingly disingenuous realm of communication, and so each of the four screens played short vignettes that illustrated her point.

From an artist gassing his way through an explanation of his work, to a religious fundamentalist whipping up his followers into a frenzy and a Hollywood director handing out condescending pointers to his leading actress, the 12-minute film made a spectacle out of ever-repeating forms of human flattery, deception and manipulation. Plunging viewers into occasional darkness were slides of text: “Shove It”, “Believe It”, “Doubt It” that appeared in harmony with the moving images. With her customary brevity, Kruger’s words tugged at the superficial codes and vacuous niceties of modern society to reveal the hollowness beneath. 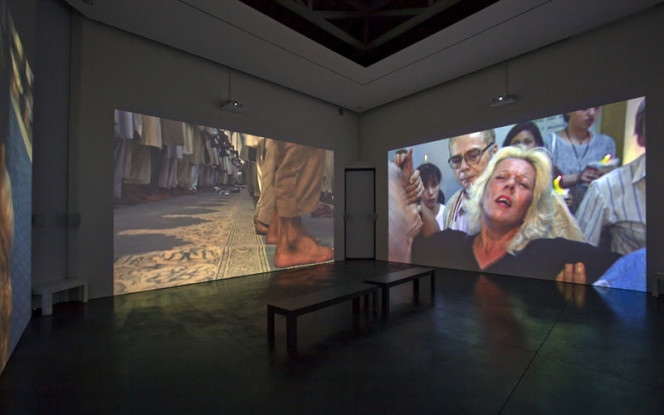