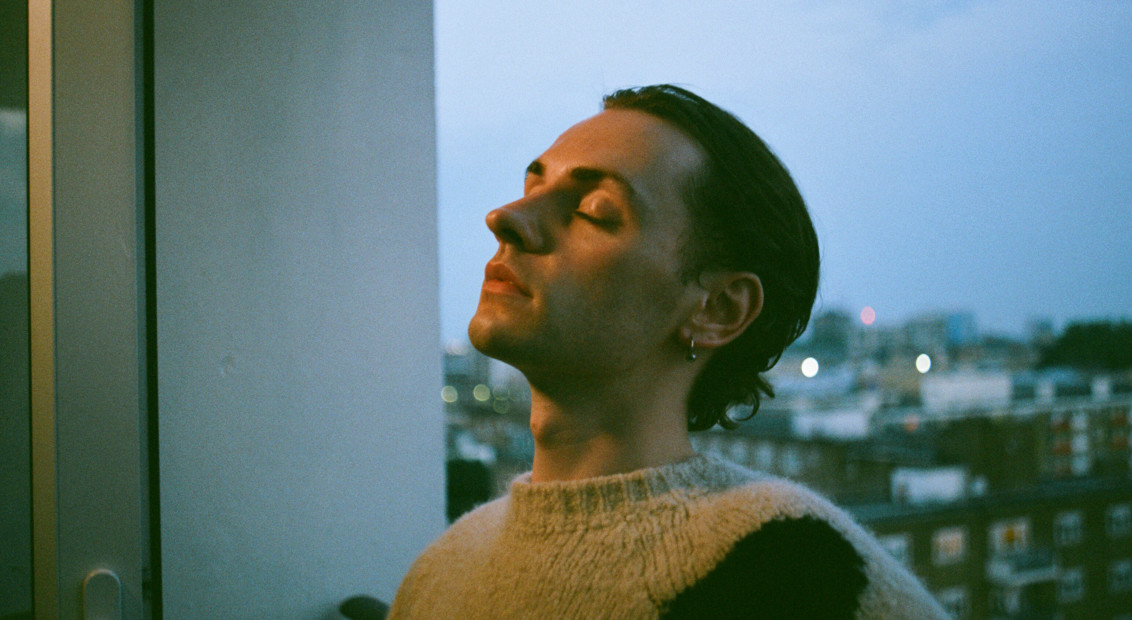 In 2017, we sat down with an emerging artist from South London who had just released a five-track EP which he made in his bedroom. Fast forward to today, Jacob Allen, better known as Puma Blue, is celebrated far beyond the local scene, having toured nearly all continents, performed on Colors Studio, and topped some of the most recognisable editorial playlists on Spotify.

Now, Jacob is gearing up to release his debut album, In Praise of Shadows. Set to land on all streaming platforms next month, the project is a deeply personal and heartfelt introspective into his journey, both as a musician and a twenty-something, going through some of the most decisive years of his life. “It’s only been recently that I felt ready to do an album,” the musician tells us below. “Each EP has been bigger. This time, I really wanted to jump into it and finally commit to a body of work.” 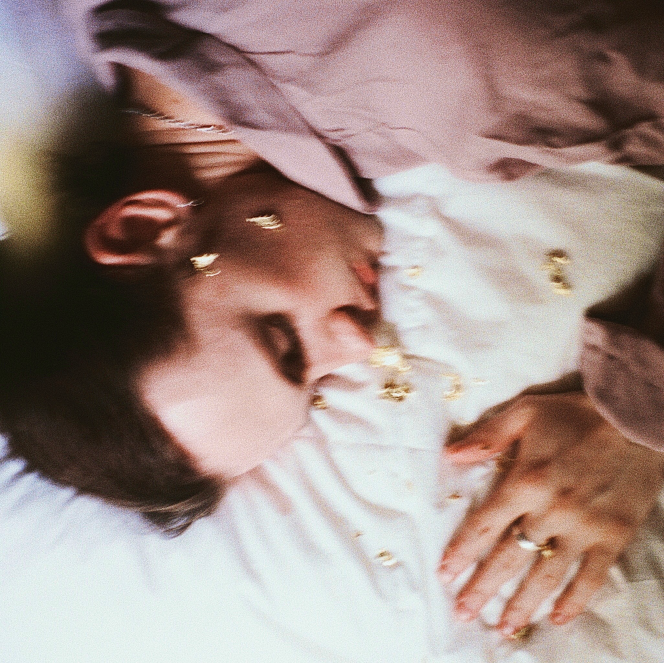 Undine Markus: So, as I understand, this is your first album. Why now? And why an album as opposed to another EP?
Puma Blue: I guess, I grew up listening to albums. I’ve always been completely drawn to them. In fact, one of the first albums I bought was a double album. I think I’ve always loved the idea of a proper body of work. The real reason as to why I didn’t make one sooner is that I wasn’t ready, you know. I didn’t really have the songs or the craft to put out an album. I didn’t really have a platform yet. I actually did put an album together in 2014 and released it. Like five people heard it, so I took it down. It was a good experiment, under my real name. I think once I became Puma Blue the mentality was… I’m in no rush, I just want to do this the right way, release quality over quantity. It’s only been recently that I felt ready to do an album. Each EP has been bigger. This time, I really wanted to jump into it and finally commit to a body of work.

UM: What do you think were the main factors that contributed to you feeling ready?
PM: I think experience helped. I think I didn’t really know myself very well three years ago. At all. You know, you think you do…

UM: Right.
PB: And you look back and realise that you didn’t know yourself very well. I’ll probably have this revelation several times throughout my life, and that’s okay. This was the first time… Maybe it was after doing a lot of touring, developing a deep bond with the band, and healing, in an adult kind of way, feeling less and less like a child. I felt mature enough making this much music and didn’t regret putting fourteen songs together.

UM: I know this must be extremely personal, and we’ll hear that through the music, but perhaps you can elaborate on a few specific experiences or feelings that made you feel ready, especially this year, and shaped the release?
PB: One thing that I noticed, when people used to draw comparisons between me and other artists, especially if they’re peers, it used to really bother me as if it would somehow compromise my authenticity, or my ability to be a unique musician. Then, I would make my own comparisons and feel like maybe I’m not good enough, or maybe I’m not original enough. That used to really stick me in the mud, make me spiral into depression. What changed me over the last few years is the revelation that you can only be the best version of yourself. You can’t compare yourself to others, or listen when other people compare you to others as well. I just had to stop worrying about all that and really focus on my own voice. I think those fears really pushed me to make something that, for the first time, feels really me.

“One thing that I noticed, when people used to draw comparisons between me and other artists, especially if they’re peers, it used to really bother me… I think those fears really pushed me to make something that, for the first time, feels really me.”

UM: 2020 was such a perfect time for that. I feel like, for the first time, it gave our generation the space that we needed.
PB: Yes, that headspace. And even before that, I was visiting my partner in Atlanta. Just being outside London for extended periods of time and realising that the world is much bigger than I thought. I don’t have to worry about my place in a scene. I need to worry about my place in the world.

UM: Is there a specific song that you feel like best presents this idea?
PB: It’s a really hard one. I think, in a way, each song on the album feels like a different expression of myself. It’s hard to pick one.

UM: Could you tell me about the visuals for the album, and who you worked with?
PB: I think one thing that was very different this time around was, maybe, the music I was writing before was coming from a real place of depression, sadly. It was kind of like all of these songs were songs of despair. This time, I’m in a really healthy place. The music, even when it’s sad, comes from a place of acceptance and understanding. I wanted to reflect that visually. Less dark, moody visuals. More of a balance. I kind of keep these digital scrapbooks of visuals that feel like the music feels. I was seeing a lot of pink, nude colors, silver, and translucent shades. I kind of built this visual language over a couple of years, taking a lot of photographs on film. I’ve been using my Instagram as a place to draft stuff and not think about it. When it came to doing the artwork and videos, we had it figured out, you know. I ended up doing a lot of the photography for the album, my partner did a lot of photography too, of our life.

Then, I worked with the amazing Fisk out of Portland on the graphic design. I’ve seen them work with Toro Y Moi, Raveena, and Clairo. What they bring is this analogue, hand-touched feel that still feels very clean. That’s what I’m trying to do sonically. Still lo-fi, but cleaner this time. They did a great job at packaging. Then it was really just about translating that to video. Every time I did a video, it was just a matter of using this visual language. There’s a live video coming out 11th February by this studio called Child. They made the most incredible set design for my vision. Other than that, there might be a video for one more single. I think there’s like four videos out now. 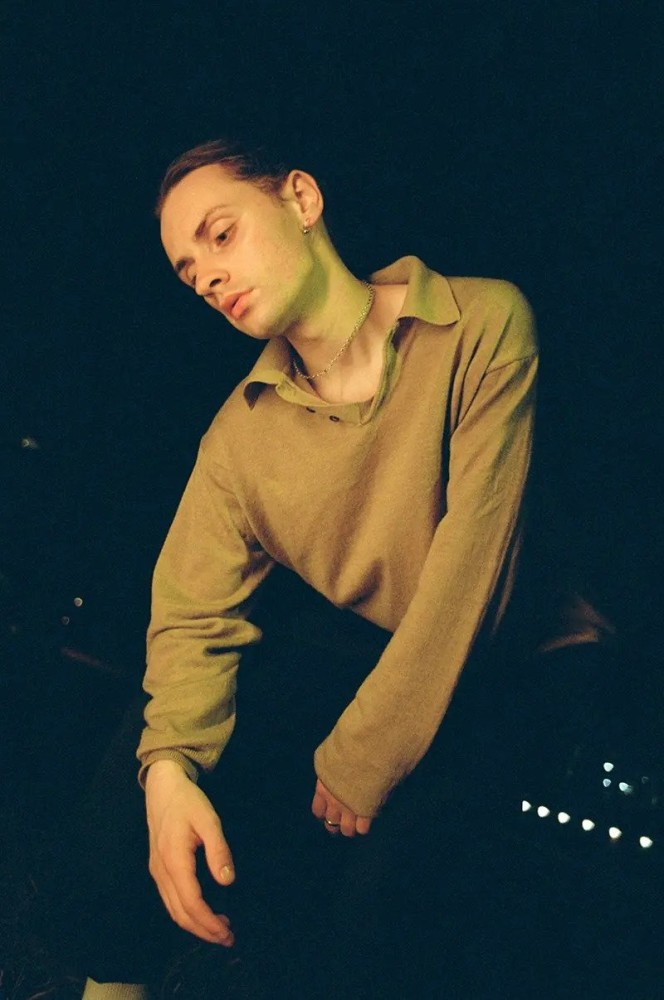 UM: It seems like this year has been extremely transformative for you. Do you have any tips for seeing the brighter side, coming out of this situation stronger?
PB: I’m not, maybe, wise enough to give such advice. But, one thing that got me, even through 2019, was just learning to be present. If you can truly be present in the moment, I feel like that can eliminate half of your issues. As someone who’s used to worrying a lot and has suffered from depression, just try to find joy in the moment that you’re in. Remember to breathe, remember to drink water. I feel like that’s helped me clear my mind and kept me feeling optimistic. Find time each day to get in touch with yourself. It’s very easy to sweep things under the rug, isn’t it. In the past, that’s only led to a build-up of dark feelings. I’d much rather embrace those sad moments and truly experience them. If you can find, each day, a moment to let yourself feel, whether that’s through listening to music or calling someone you love, or just sitting with your legs crossed and breathing. I think that’s really helpful.