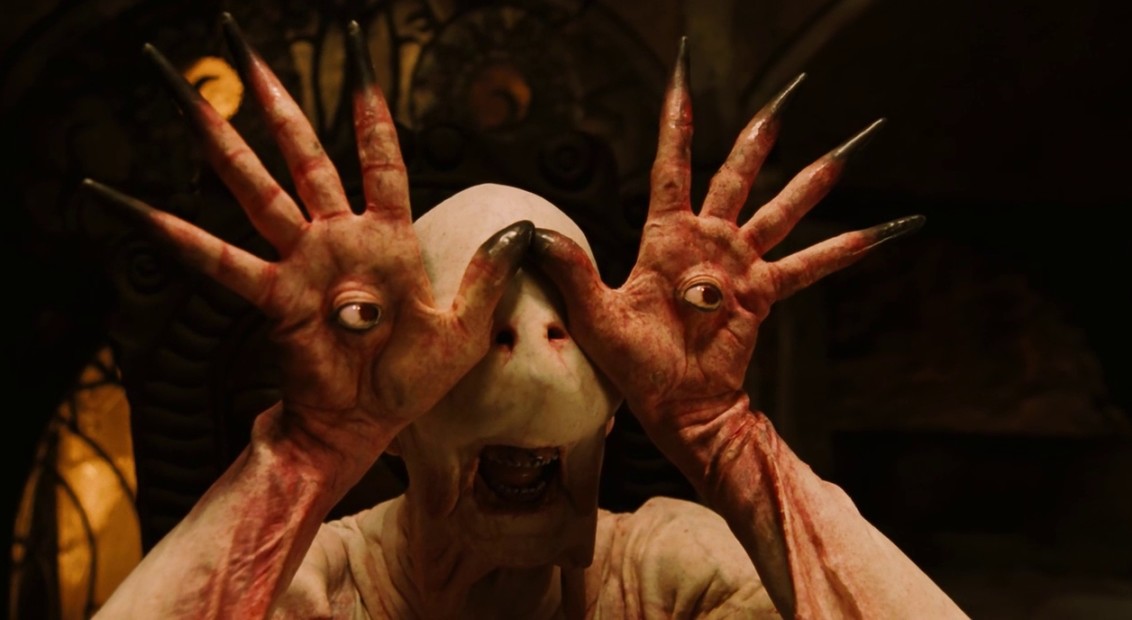 Guillermo Del Toro: humanising monsters as a mirror to society

"Well, the first thing is that I love monsters, I identify with monsters."

Guillermo Del Toro first saw Frankenstein (1931) as a boy. As he watched the creature return to life and stand in static black and white, to him it was like seeing a statue of a martyr. “He is not going to last,” he thought (via Hollywood Reporter). “Such purity cannot last in the world of men.” So moved was the young Del Toro by the plight he witnessed, his films have consistently tried to redeem Frankenstein’s rejected creation.

Del Toro’s love for monsters drove him to launch a career in movie make-up and special effects. He stayed in this role throughout the 80s, co-founding his own company, before moving into directing – first for TV, and eventually writing and directing his first feature film, Cronos. In the work, Del Toro treats his central vampire with pathos and understanding – his debut began exploring the nature of monsters in society that would drive his creativity for decades. 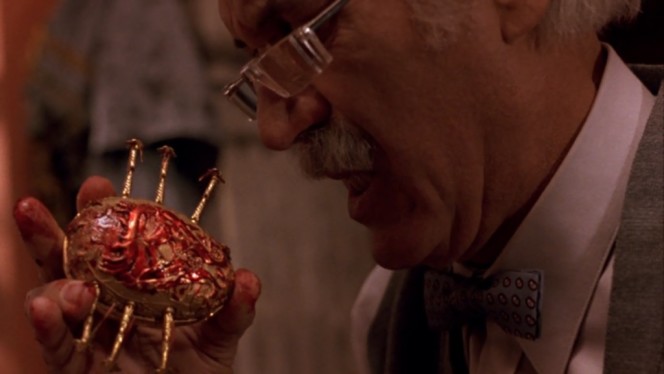 Cronos by Guillermo Del Toro, 1993
"You only find yourself when you disobey. Disobedience is the beginning of responsibility."

The critical success of Chronos brought the freshman filmmaker to Hollywood. He wound up helming Mimic, a $30 million sci-fi horror for Miramax. The experience was hell to Del Toro. He dealt with constant interference from the Weinstein Company, and wound up losing the final cut. Incredibly, at the same time as this, Del Toro’s father was kidnapped and held for ransom. Del Toro has described his experience with the Weinsteins as “more illogical than the kidnapping – which at least has rules.”

Heartbroken by the Hollywood machine, Del Toro found solace in a passion project he’d written years earlier. The Devil’s Backbone is a ghost story set at an orphanage in the midst of the Spanish Civil War. In the centre of the orphanage looms an unexploded bomb. Here the ghost is not the threat, but the victim. The ghost in the story is a gothic figure that haunts the children, but throughout, his benign intentions become clear. The opening of the film defines a ghost as “a tragedy condemned to repeat itself time and again… an insect trapped in amber.” Perhaps like an unexploded bomb – or a civil war that previewed Europe’s fascist conflicts to come. 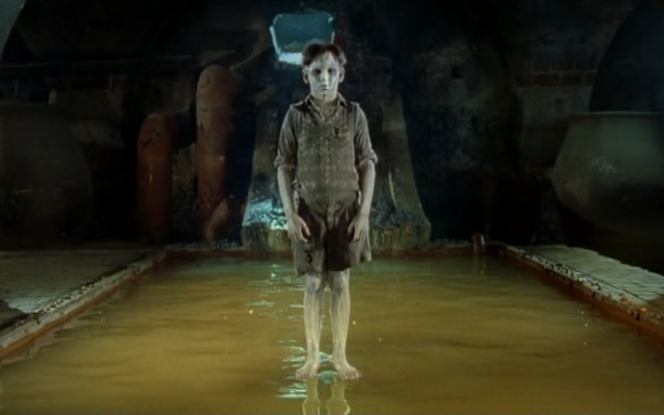 The Devil's Backbone by Guillermo Del Toro, 2001
"Leave behind one or two things that wouldn’t have happened without you."

Del Toro was able to make his film due to the aid of Spanish auteur Pedro Almodovar. It proved a critical success and allowed him to put one foot back in Hollywood, on his own terms. First with a sequel to Blade, and then with his comic book adaptation Hellboy.

In Hellboy, and especially in its sequel The Golden Army, Del Toro is emboldened to infuse the source material with his own pathos for the outsider. Those that are cast out of society are the heroes of the tale, and must find brotherhood and connection with each other. In the first film, the all-American audience proxy that enters the joyfully strange world of our heroes does not save the day, or get the girl, or even truly learn the lesson of the film. All of this is given by Del Toro to his creatures: they are the human core. Just like Frankenstein, they are never truly accepted by the world, but they are able to find their own space and to lift each other up. 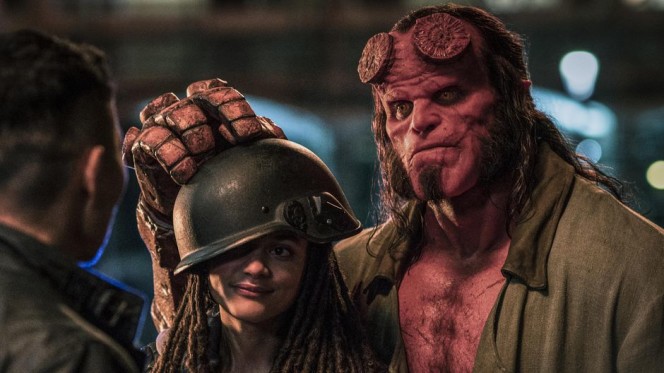 Pan’s Labyrinth is a dark fable set once again in the years around the Spanish Civil War. It tells the story of Ofelia as she accompanies her heavily pregnant mother into the hills to the remote military outpost where Ofelia’s fascist stepfather is waiting. Still grieving the loss of her father, the neglected girl is visited by a fairy and beckoned into a tumbling labyrinth that stands on the grounds. There she meets the ancient fawn who tells her, in a creaking voice, that she is the lost princess of an underground kingdom and must complete three tasks in order to be reunited with her family. Ofelia embarks on these tasks as the world around her crumbles.

The film is beautiful and cruel. The entire piece is washed in a green hue making even normality seem otherworldly. Torn between the strange cruelty of a baby eating creature with eyes in its palms, and stepfather who will cave in the face of a rabbit poacher before searching his bag, Ofelia follows the rabbit hole unhesitantly. The horrors of war have infiltrated the young Ofelia’s imagination. Her fairytale is not the stuff of Disney – it’s hard, dirty and dangerous.

Pan’s Labyrinth was a critical and commercial success and cemented Del Toro as a Hollywood darling. It gave him the power and respect to make his films the way he wanted – he would never again have to fight for the final cut. 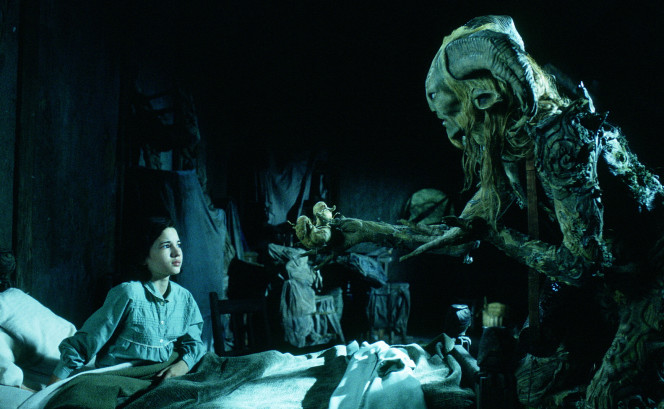 Every frame of The Shape of Water is packed with meaning. It began with Del Toro’s pity for the Creature from the Black Lagoon as it was gunned down by white saviours for – as Del Toro saw it – love. Here the complex themes that Del Toro explores with his monsters is boiled down to it’s sharpest point; it’s about understanding.

The film is surprisingly tender, while it never shies away from the strangeness of the creature (we advise keeping small pets away) the wordless romance between our fish-man and the mute government facility cleaner Eliza is truthful and heartwarming. It is made so much more so by the extended cast of allies, all of whom are outsiders in their own way.

The real ‘monster’ of the film is Eliza’s boss, the security supervisor Strickland (Michael Shannon). This all-American is the one responsible for the creature’s capture. He would have been the hero of the 1950’s monster film – yet here he is nothing but cruel and prejudiced. The Gaston of this Beauty and the Beast tale – but in this version the beast needn’t transform.

Roger Ebert once said ‘films are machines that create empathy’ and, in The Shape of Water, Del Toro never strays from this cause. The film is successful because it never fails to take the emotions of the characters seriously. It is simultaneously a love letter to the canon of films that Del Toro was raised on, and a searing indictment of the values held in them. It is fitting too, that his most personal of films should be so accepted by the industry that had mistreated him at the beginning of his career – this aquatic romance is an Academy Award Best Picture winner. 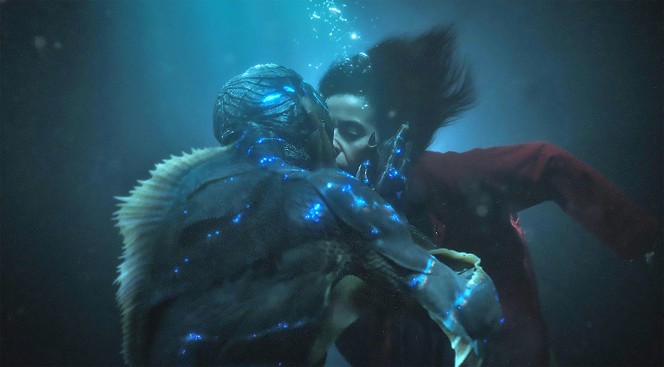 The Shape of Water by Guillermo Del Toro, 2017

What to watch by Guillermo Del Toro: