As a kid, legendary Dutch tattoo artist and historian Henk Schiffmacher would pilfer items from his marine dad’s old trunks, full of strange and exotic antiquities from around the world. He displayed these pieces – alongside found Neolithic stones, bird skulls and arrowheads – in his bedroom, fronted by a sign on the door that read “My Musem.”

In later years, combined with a fascination with Diane Abus’ images of “birds of paradise” – people on the streets with stories to tell – and a love of drawing, these early magpie-tendencies found their niche when Henk discovered the underground world of tattooing. Back then, in the 70s, tattoo culture survived on word-of-mouth – there were only 400 tattoo artists worldwide and the clientele was predominantly sailors, prostitutes and criminals.

Having learned the craft by tattooing himself – and honing his craft by spending a whole week tattooing GI’s when the US navy was in town – Henk travelled the world, exploring the history, iconography and language of tattooing. In that time, he has amassed one of the largest collections of contemporary and historical tattoo ephemera in the world, known as the Schiffmacher Tattoo Heritage.

Now in his late 60s, Henk has curated his incredible collection into a mighty XL tome published by Taschen. Composed of more than 40,000 pictures and a wealth of knowledge, the publication sees Henk trace the history of tattooing from the 1700s to the 70s – drawing a comprehensive narrative from its tribal beginnings to its contemporary standing through the raconteur and philosopher’s own experiences and fascinations.

“For many of us in the tattoo world, collecting tattoo artefacts has been the only way we have ever been part of art history,” says Henk of the need to store and record tattoo paraphernalia  – think of him as an inked Peggy Guggenheim. “Just like the earliest cave drawings, the primitive markings of the earliest tattoos link us to the man need to express ourselves in the face of brutal realities,” Henk continues. “This is the beginning of an artistic instinct. Tattoos are the poor man’s Rembrandt, and everyone who is tattooed is part of an art history that has been under the radar for a long time.” 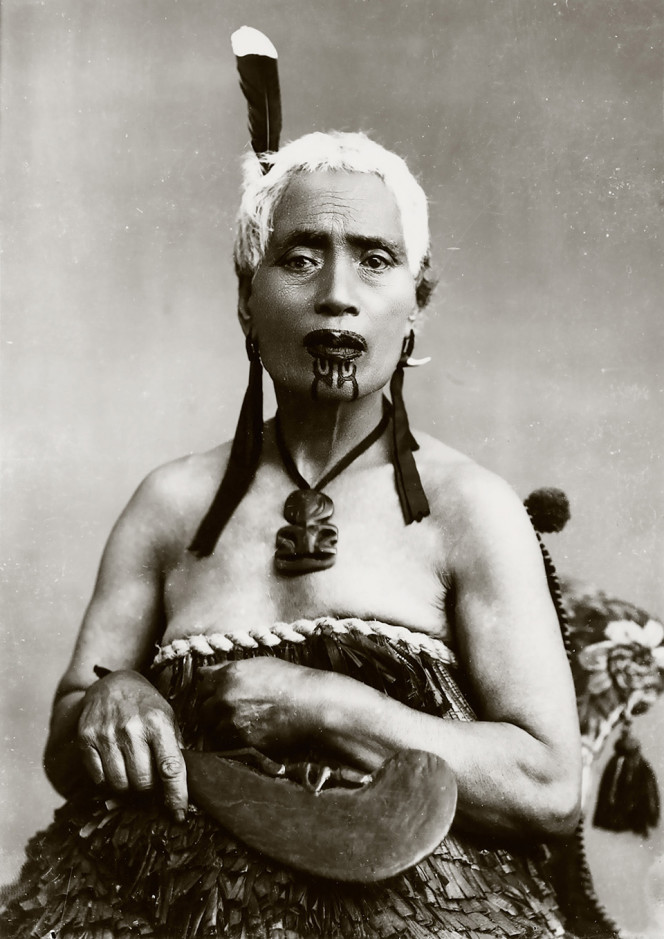 Evan Goodfellow: Hey, Henk. Your new book looks beautiful – when did you first get the idea for it?
Henk Schiffmacher: When I first ran into tattooing as a young photographer, I sort of fell in love with the medium and from then I always wanted to make a book. In between then and now I made a bunch of different books, but this is a collection of my library.

EG: Can you take us back to how you first began collecting?
HS: I was a photographer and took a lot of pictures, and people were interested in the kind of pictures I had. So tattoo artists would write to me, asking “Can we have copies of your photographs?’ I would make some copies, send them, then they would send business cards back. And they made me a member of the tattoo club. So it sucked me right in. All of those letters were heavily decorated and handwritten, I still have them all.

EG: So some of your earliest collection started with letters from other tattoo artists?
EG: I would get stuff from all over the world. The whole envelope would be decorated, and the letter as well. I have letters from the Leu Family and they’re complete pieces of art, they’re handpainted with all kinds of illustrations. Also people from jail would write letters, and they would take time to write in between the lines in a different colour. So very, very unique letters.

EG: How did this evolve into you actually tattooing?
HS: Well, I’m a very odd duck type of guy. I steal with my eyes. I was around a lot of tattoos and always paid attention. So I wasn’t afraid to try it myself. Once I had a machine, I taught myself. Then the US Navy was in town and after one week of tattooing the GI’S and jarheads I found the hang of it. 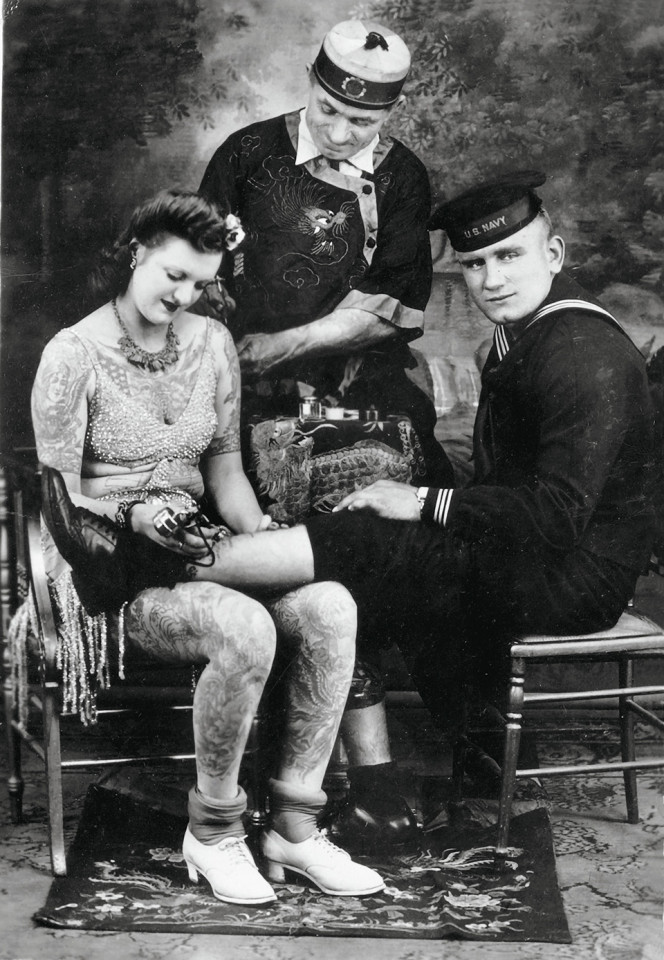 “I have letters from the Leu Family and they’re complete pieces of art, they’re handpainted with all kinds of illustrations.”

EG: How would the tattooers from around the world connect back then before the Internet?
HS: Well, in the 70s, there was around 400 tattoo artists in the whole world. Everybody knew of each other. They would write letters and would supply each other with materials. One guy would have a very good dark brown [tattoo ink], another guy would have excellent reds. Then this other guy would have needles. That’s how you got your materials.

EG: Would you go and visit some of these tattoo artists that you corresponded with?
HS: Well, if somebody writes you a fucking letter from Japan that says, “In great anticipation, I look forward to seeing you,” you have to go [laughs].

“Very religious people get annoyed by the fact that these people are partying with all these sacred tattoos on them and laying on the beach in their own fucking vomit at the full moon party with a Buddha tattoo on their back.”

EG: Tattooing has become mainstream but in the early 70s/80s it was very underground. I was living in Korea fifteen years ago and back then nobody was tattooed, it was illegal. One day I tried a new bathhouse, and everybody there was fully covered in Yakuza style tattoos. I asked a coworker and he informed me that it was a bathhouse for Korean mafia.
HS: The history of that stuff began after the war. The Americans took over Japan and the Japanese mafia were not allowed to do much – so they moved into Korea. Then in the 70s, there was a big thing called the Blue Castle Incident, when the Japanese mafia attacked the Korean mafia in Osaka and that became an enormous fight. The easiest way at that moment to find out if a Korean guy was a gangster was if he had skulls with crossbones tattooed on his chest, and he would be immediately murdered. I guess the tradition of Korean gangsters having Japanese tattoos comes from those days.

EG: When you travelled what were things you would look to collect?
HS: I never liked travelling to countries where there was no tattooing at all. I was always travelling to see somebody or meet somebody or to find a certain tribe, or see a certain tradition in that country. I remember at the end of the 70s and early 80s going to Thailand and trying to find the Sak Yuant form of tattooing, which was in those days very difficult. Nobody would want to take you to the boss, or tell you anything. It wasn’t until the late 80s that it became possible for foreigners to get those tattoos.

Now I hear Thai’s don’t like it after Angelina Jolie got tattooed and it has become very popular. Now the temple is full of all these foreigners who come into the temple with a beer in their hands, posing with a left hand around Buddha. Very religious people get annoyed by the fact that these people are partying with all these sacred tattoos on them and laying on the beach in their own fucking vomit at the full moon party with a Buddha tattoo on their back. 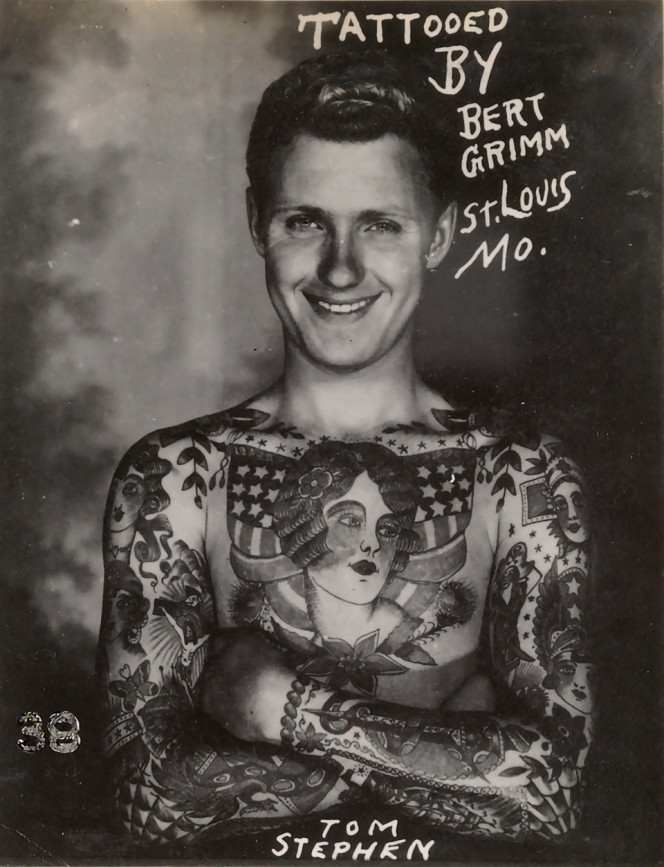 “…if somebody writes you a fucking letter from Japan that says, “In great anticipation, I look forward to seeing you,” you have to go [laughs].”

EG: Did you get traditional tattoo pieces from the countries you visited?
HS: Yes, part of the collection is on my skin. I got a couple of tattoos in Samoa in the 80s and from some of my Japanese friends in the 70s.

EG: I saw the post from Flea of The Red Hot Chilli Peppers commending you on your book. How did you come to meet them and tattoo them?
HS: In the early 80s Amsterdam was a very hot city. You know, it was known as the most liberal capital in the world. There were sex, drugs and rock’n’roll. So everybody who actually came to Amsterdam visited the red light district, and in those days I was smack in the middle of it.

I think it was Bob Roberts who called me and said, “I’ve got this band here, they want to come to Amsterdam, and they’d like to get tattooed, and they’re called The Red Hot Chilli Peppers.”

They were one of the only bands who were using tattoos as an image at that moment. They were so extremely young and they had small concerts with their own hardcore fans. They’d get paid, I don’t know, $50 a day, so they couldn’t even afford a decent place to sleep. So they would stay at my house on the floor, all of them, and they would do their laundry in our washing machine. So every time they were in Amsterdam, I had all these chilli peppers in my house [laughs]. These young kids walking around in their boxer shorts, doing their laundry.

EG: Can you talk about the process tattooing the band back then?
HS: At that time we would talk about tattoos and decide, “Okay, let’s make a tattoo that you can see from a distance because you guys are a band.” So the whole bird on the back [on Anthony Kiedis], which took more than one hour, developed that way.

EG: What is an average day like for you, before Covid? Are you still tattooing?
HS: I go everyday to the shop for a few hours. I do not tattoo every day. But pre-Covid, there would always be these, I call them pilgrims, like young tattooers from all over the world who will come by and want to get a little souvenir, and just want to hang out and talk with you a little bit, which is something I enjoy and like. I look at their work, I give comments, and they’ll buy a book or want to get a picture taken for Instagram, or I do a little tattoo. And that’s enough for me, because I’m also involved in all kinds of commercial activities. I always liked the idea of getting on the street and seeing all kinds of stuff I did everywhere in the windows, and all the bicycles and mothers with children with tattoos on their back or on their arms. So like that’s my gallery. Yeah, that is my museum.

EG: After things gets back to normal what are you most looking forward to?
HS: I would like to go out into the sun again. I love swimming. But I like swimming in the water when I can still see my fucking toes. We used to go to Koh Samet – I loved it in the early days and in the very early days  Phuket, and Koh Samui, where all the water is really nice. I always liked Indochina and Indonesia, I enjoy the food there, the people, their happiness and their religion. 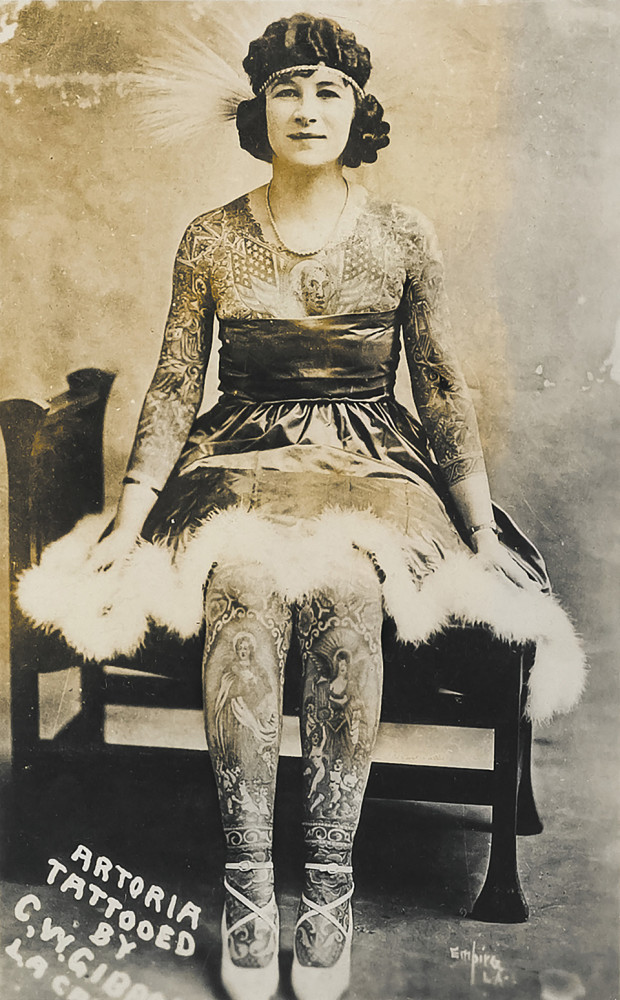