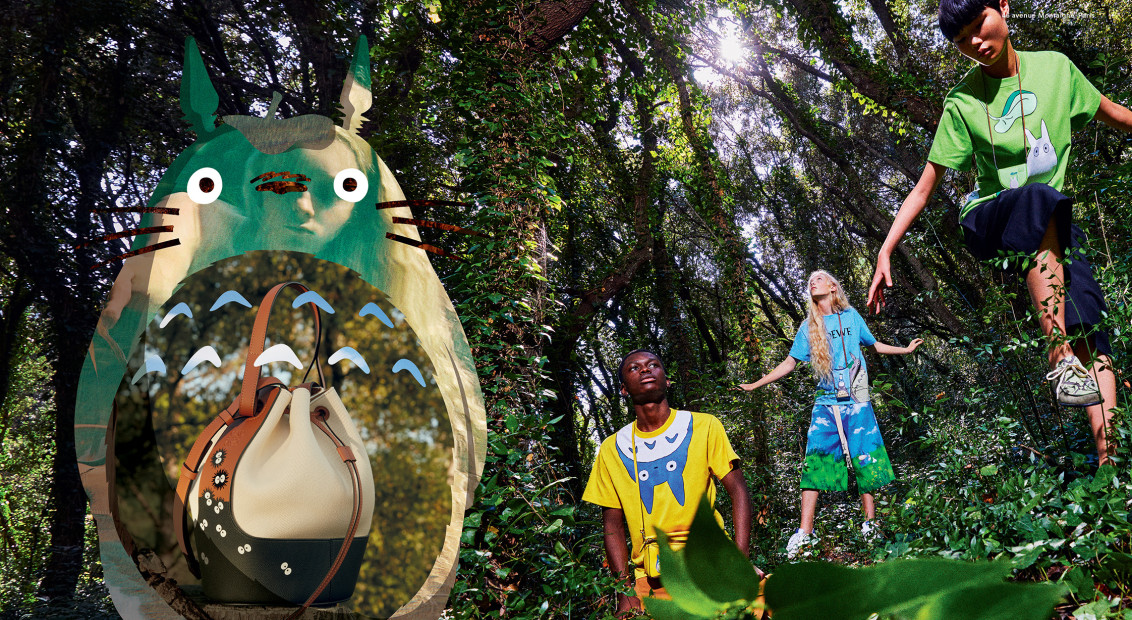 Radiating colour and otherworldly fantasy, a new collaboration between Loewe and legendary Japanese animators Studio Ghibli brings a timely lift to the most dreary of starts to a New Year. This is, according to creative director Jonathan Anderson, all about banishing those seasonal blues and finding solace in the magical realm of Hayao Miyazaki’s 1988 classic, My Neighbour Totoro. 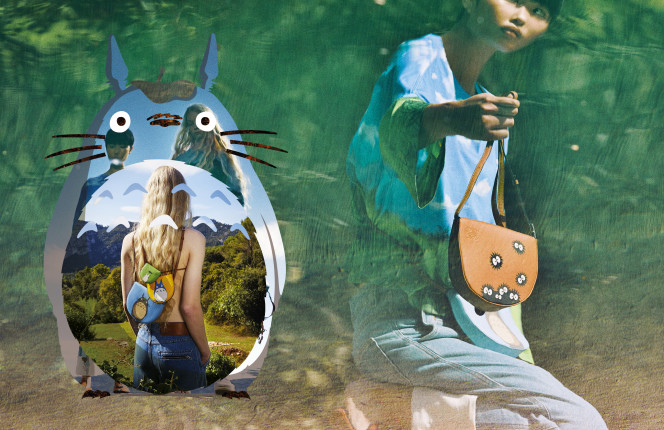 ‘There is a natural longing for heartwarming feelings right now,” explains Anderson. “When I think of a movie that affords me that kind of solace, speaking just as directly to a child as it does to an adult, that movie is My Neighbor Totoro. Anyone who has seen Hayao Miyazaki’s 1988 masterpiece cannot possibly forget it.”

“The story of Mei and Satsuki’s friendship with the magical Totoro and his cohorts, the mischievous dust bunnies, who can’t be seen by adults but only by the children who love them, is truly touching. It’s also a labour of love by its author and the team at Studio Ghibli, the Japanese film studio based in Tokyo who animated and directed the film. It is a product of craft in the form of an animated movie.”

Unsurprisingly, it’s this idea of craft that truly connects Loewe and Ghibli. Even among the studio’s many visual sensations (Princess Mononoke, Spirited Away, Grave of the Fireflies to name but a few), My Neighbour Totoro ranks among the early gems, with art direction overseen by the legendary Kazuo Oga. Along with a team of eight animators, Oga led to film’s primary aesthetic and colour palettes, creating an enchanting world that somehow appeared both modern and nostalgic, traditional but full of mystery and spiritualism.

Gray Sorrenti’s accompanying photographs pay tribute to Oga’s parochial vision of rural Japan by capturing models in the wilderness, at one with the magic of surrounding woodland. The collection itself pays tribute to the sweeping landscapes and Edenic scenes of My Neighbour Totoro, with still images from the film adorning oversize shirts, jumpers and tees. Nowhere is the mischievous charm of Totoro and friends more alive than the accessories however, notably the Puzzle, Balloon and Hammock bags, which feature the little critters with intarsia portraits. 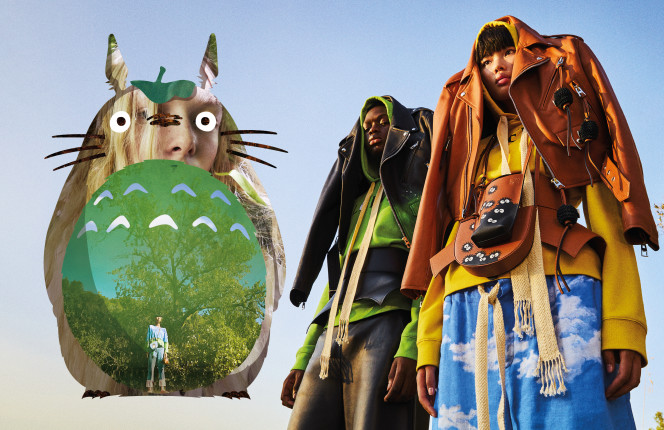