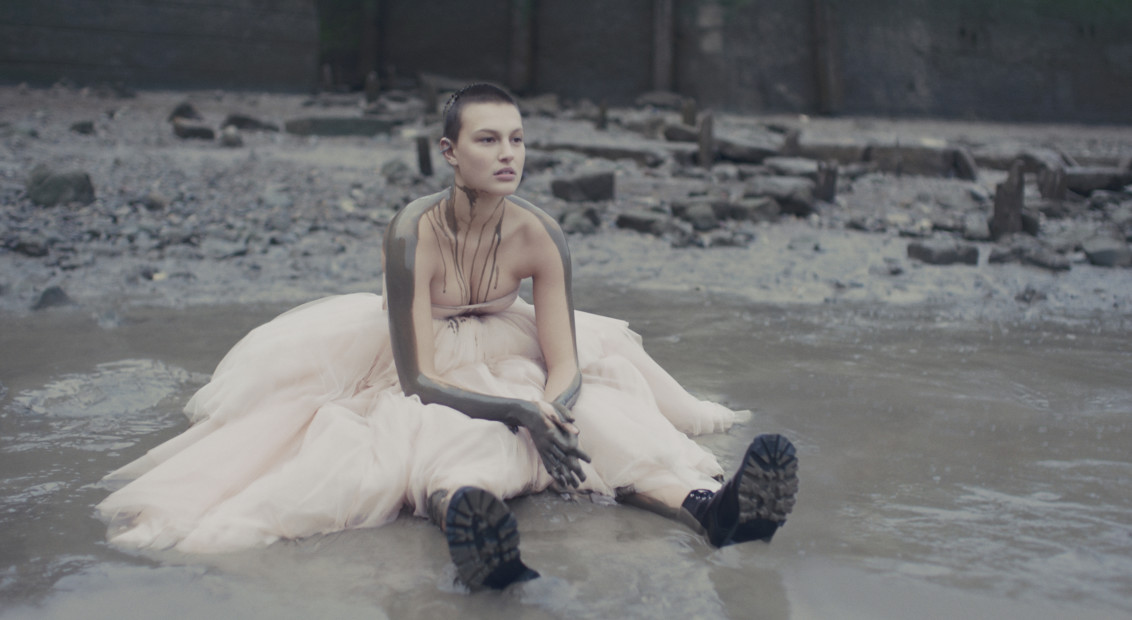 Anyone who’s felt the hammer blows of Glazer’s Under the Skin can attest to the filmmaker’s ability to elevate quotidian setting into something otherworldly. Combining SS21 womenswear with Pre-Fall men’s, Glazer presents a ghostly vision of the capital in First Light reminiscent of the de-saturated, alien settings in that memorable 2013 feature.

From the vantage of the river’s banks in First Light however, the City appears sedated, neutered almost by a monochrome filter that turns even the most banal reflections into ethereal glows. Were it not for the glistening office blocks towering over the water, the gang of teens frolicking in the wet sand could well be mudlarks of centuries before, scavenging for treasure.

The same sense of anachronism pervades the collection itself, which utilises sensuous fabrics of tulle and Chantilly lace to create voluminous silhouettes that appear from a by-gone era. As Sarah Burton notes, this is a collection of, “Shape, silhouette and volume, the beauty of the bare bones of clothing stripped back to its essence – a world charged with emotion and human connection.” This is particularly true of the corsetry, whose form and structure Burton reduces to a set of essential lines while still allowing for movement and comfort. Providing a stark set of contrasts are the denims, leathers and Prince of Wales checks that bring the whole thing back to the here and now.

If this level of collaborative ingenuity represents a new normal in terms of fashion presentations, we can’t help but say we’re looking forward to more. 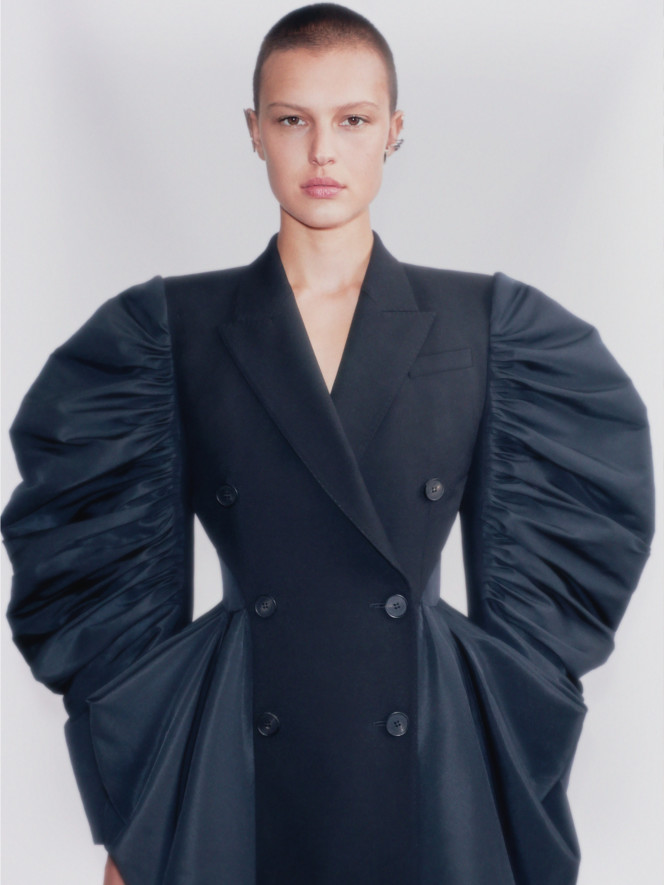