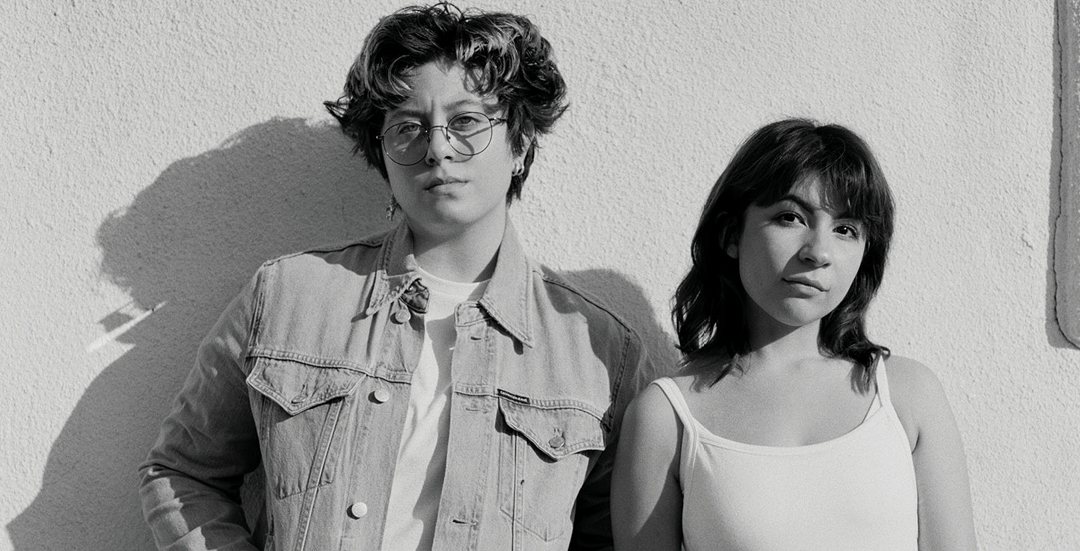 Youth of a nation

Calvin Klein’s One Future: Lex Bautista is advocating for the LGBTQUIA+ community and pro-immigration

Youth of a nation

Born in California, Lex moved to El Paso, Texas, at the age of three and has lived there since. As part of the LGBTQUIA+ community, they’re highly involved in helping shape a system of equality and wellness within the city that provides a platform for all. Lex is also a pro-immigration activist. Living in a border town, they’ve seen first-hand the virtues of immigration, and having voted for the first time this year, Lex is feeling optimistic about a bright future for America based on togetherness and shared values.

Shot by Texan photographer Adraint Bereal in El Paso, here we speak to Lex about societal change and their hopes and ambitions for the future.

Alex James Taylor: Can you share with us how Calvin Klein’s one future campaign message resonates with your own values?
Lex Bautista: Just like the one future #ckone campaign, I too believe that we all need to come together and work towards our future. The people have the power to change everything. I believe that this isn’t just about voting for change. This is about the people coming together despite our differences and seeing that we have the ability to do anything together. Acceptance and understanding is key and our way into a better future, our future.

AJT: What does Calvin Klein mean to you as a brand?
LB: I see Calvin Klein as one of the most inclusive brands out there. Calvin Klein means being comfortable in your clothes and in your own skin – I’ve seen so much diversity over the years with this brand. It’s nice to see a label this big with so much representation.

AJT: How was the creative process behind shooting the campaign?
LB: I really did enjoy everything about the campaign, despite it being done during the pandemic. I enjoyed working with my photographer, Adraint [Bereal], he created such a calming experience while shooting. Adraint is incredibly talented, and I’m so glad we got to know each other. All of this was so new to me, but being surrounded by people who just let me voice my opinions out loud made me feel really comfortable. It was definitely an experience that I won’t forget.

“Living in this border city, your neighbour is Mexico, and the people who cross the border are some of the hardest working people.”

AJT: You were born in California but moved to El Paso at an early age – can you talk to us about your time growing up in El Paso?
LB: I learned so much about the importance of family and friendship – they were always around. I also learned that someway, somehow, we all know each other despite how big El Paso is. I learned to have a big appreciation and understanding of this city. The culture, the history, the people – all of it helped shape me into the person I am today.

AJT: And the city also influenced your passion for pro-immigration. Can you tell us a bit about living in a border city and how you have seen opinions and communities change over the years?
LB: I found a passion for immigration on first finding out about it in school. I read about how people who just wanted a better life for themselves were being told, “No.” This didn’t sit right with me. As I got older, I saw that this wasn’t just a topic in school, it was in my city. I know these people who have immigrated as friends and family of mine. Living in this border city, your neighbour is Mexico, and the people who cross the border are some of the hardest working people.

Immigrants made this country. They made my city, El Paso, long before it was a part of the United States. I’ve seen my city, my community, come together to help fight against ICE and kids in cages. El Paso holds so many protests and meetings and spreads petitions to sign. I’ve also seen the older generations here step outside of their comfort zones for the cause. People choose to either see no border or they see a wall. I will always view immigrants as people who have a right to make a better life for themselves. 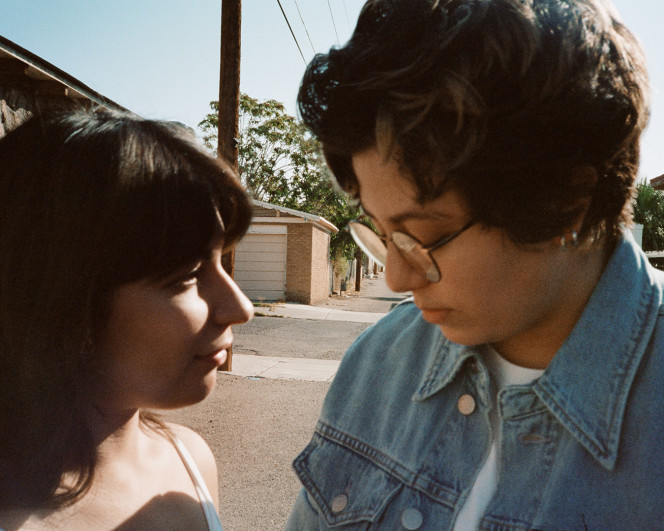 “Immigrants made this country. They made my city, El Paso, long before it was a part of the United States.”

AJT: This year’s election was your first time voting. How did that feel? Was it empowering to have your voice heard?
LB: This election was so crucial to me and many other minorities. Knowing that my vote could be seen and my voice heard, and that I could help make even the slightest change did feel pretty empowering. I know that there is so much more to be done, but now that we have a new President, I hope that we can continue to come together and work towards a future for all, not just the one percent.

AJT: In the election, Trump won Texas. However, El Paso voted majority Biden. How does the city differ from the rest of Texas, and how do you think your community felt about the election results?
LB: El Paso has a few differences from the rest of Texas. El Paso is a predominantly Hispanic city, and we vote Democratic, unlike most of Texas. We are also a city that has so much potential that most politicians in Texas overlook. I believe that when my community saw that El Paso was blue and Texas was a close race, there was so much excitement and hope, despite losing Texas. The biggest take away was that we won the presidential election. I remember hearing my neighbors celebrating, cars in the streets honking, and I believe that we, as a community, knew that day that we were heading for a better future.

AJT: You’re also very passionate about LGBTQIA+ issues. What are positive changes that you believe need to happen to help the community gain equality?
LB: The LGBTQIA+ community still needs to see more representation in the media. This would help in the normalisation of our stories and experiences and help us feel seen and heard. The LGBTQIA+ community needs more protection against violence, more protection against employment discrimination, and we also deserve adequate health care access.

I feel that within our community we need to respect what we have yet to understand. There is so much that we still have to educate ourselves on as a community.

AJT: Same-sex marriage is still illegal in Texas, and a ban on “homosexual conduct” remains part of the Texas penal code. Can you share your experience growing up there in terms of being part of the LGBTQIA+ community?
LB: Growing up in El Paso, Texas and being part of the LGBTQIA+ community hasn’t been easy. Texas in itself is so traditional and so is El Paso. Religion and traditional Hispanic ways are usually what keep most people from accepting me here. The hardest part about coming out is that you might lose some family members and friends. But you will also gain happiness, and that’s all that matters. I hope one day that Texas can change its traditional views and become an accepting state towards the LGBTQIA+ community.

AJT: What are your hopes for 2021?
LB: I hope that there is so much more love and acceptance in 2021. This country needs to heal and also evolve. I hope there is more power to the people because we have all seen what good that can do. I also hope that we can move past this pandemic and hold our loved ones again. 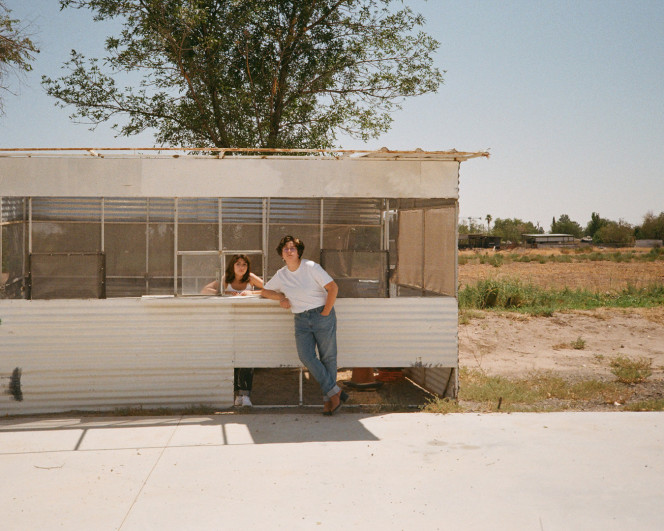 “I know that there is so much more to be done, but now that we have a new President, I hope that we can continue to come together and work towards a future for all, not just the one percent.”

AJT: Away from politics, you sing and play the violin. How does music help you express yourself?
LB: Music has really helped me express my emotions and moved me towards a positive creative outlet when I had nowhere else to go. Whenever I’m having a hard time or just want to escape into my own world, I turn to music. There’s no judgement, only pen and paper or a bow and some strings.

AJT: Which musicians have really resonated with you?
LB: There are so many musicians I could name that I feel resonate with me, but I do have a few favourites. I’ve always been a huge fan of Grizzly Bear, they create some of the most beautiful sounds. I’m very inspired by their work. I also hold the band, The Drums, close to my heart. The Drums have so many lyrics that just stick with and inspire me. The lead singer of The Drums, Jonny Pierce, is also such an inspiring person. To name just a few more, I also love Mitski, Angel Olsen, and Tyler, the Creator.

AJT: What are your personal and creative ambitions for the future?
LB: I want to maybe one day push out an album where I can just be myself. I’ve always kept being a musician on the side, but I hope to one day see it through. I want to become a psychologist one day, as well. I’m currently in school and majoring in clinical psychology. I just want to help people, through whichever medium. I hope to make a difference and inspire others. 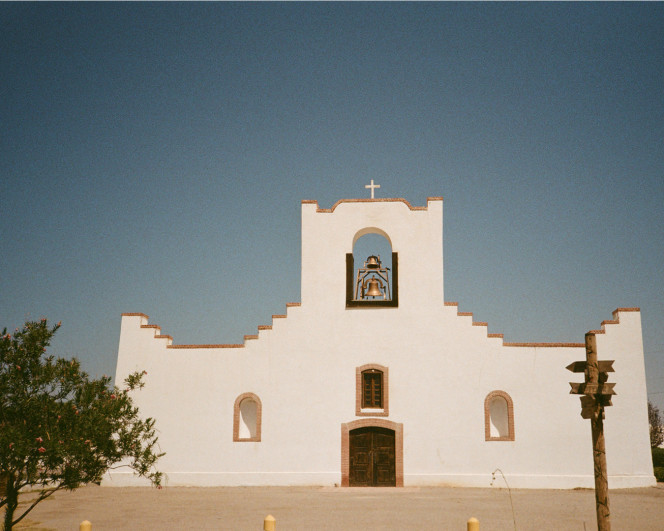 Stay tuned for more profiles from the CK One campaign.