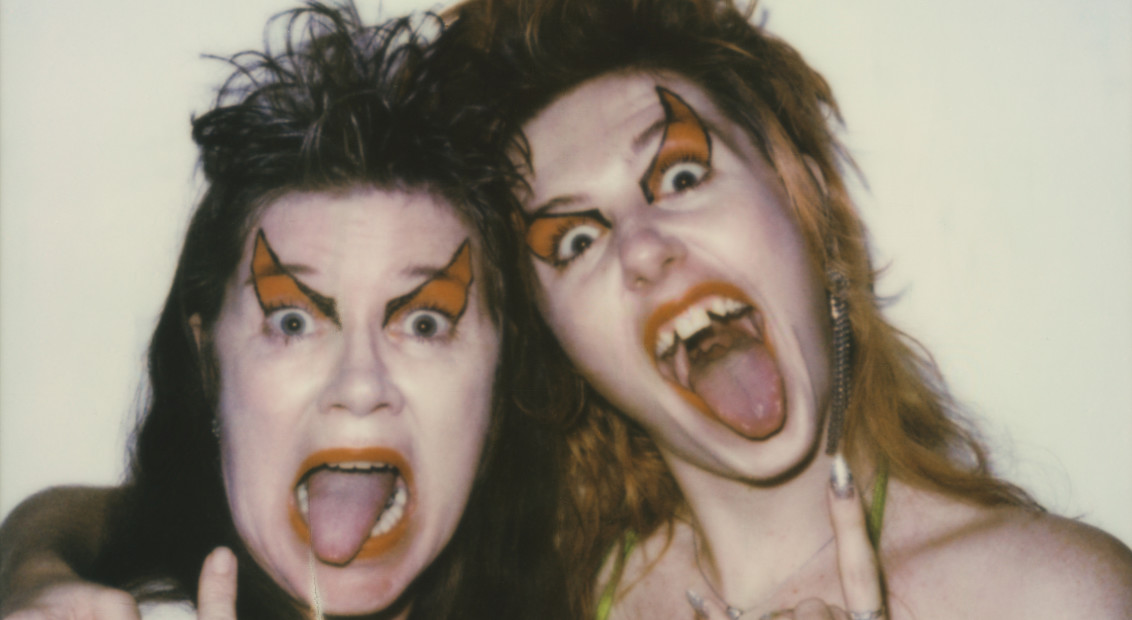 Living and working on the two sides of the Atlantic, in Glasgow and Austin respectively, Raissa Pardini and Pooneh Ghana first became aware of each other when they happened to be working with the same bands on multiple occasions. Joining forces for this optimistic project, twelve of Pooneh’s Polaroids are combined original layouts designed by Raissa, realising a calendar that’s as sonically engaged as it is visually.

Binning the hi-res, photoshopped treatment usually destined for teen idol calendars and the monotony of the same old dusty selection in favour of a glam and disco-flavoured aesthetic, the Pardini-Ghana 2021 calendar is itself revolutionary in the decision of giving independent musicians the spotlight usually reserved to arena rockers or arts masters. 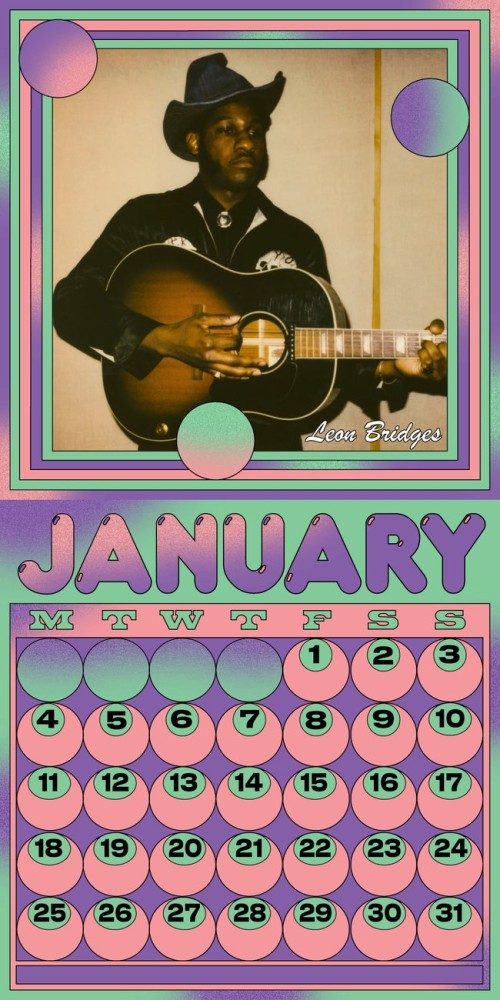 On her choice to use Polaroids to capture instant, candid portraits, Pooneh says, “I think that particularly with Polaroids, there’s always this other level of intimacy and spontaneity that’s present with whoever I’m shooting. I feel a lot of people find they can connect with a Polaroid camera in a way that they can’t with other mediums. It’s been fun noticing that and I love capturing those moments, especially within the music world.” 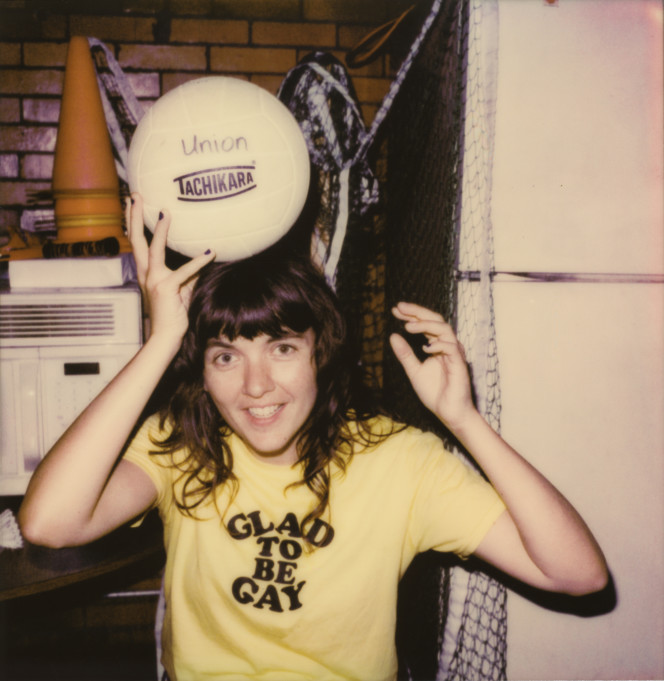 “The Courtney Barnett Polaroid is from a fun little moment at Pitchfork Fest a couple of years ago,” Pooneh explains of the above image. “At the festival, there was a backstage gymnasium which was used as a sort of media area. Our photo team would arrange shoots back there and, on this particular day, Courtney and I linked up to snap a few Polaroids. Inside the gym, there was a storage room full of odd sports equipment, tools, toys, even a random microwave. So, we decided to make our way in there and mess around with what we had within our grasps.” 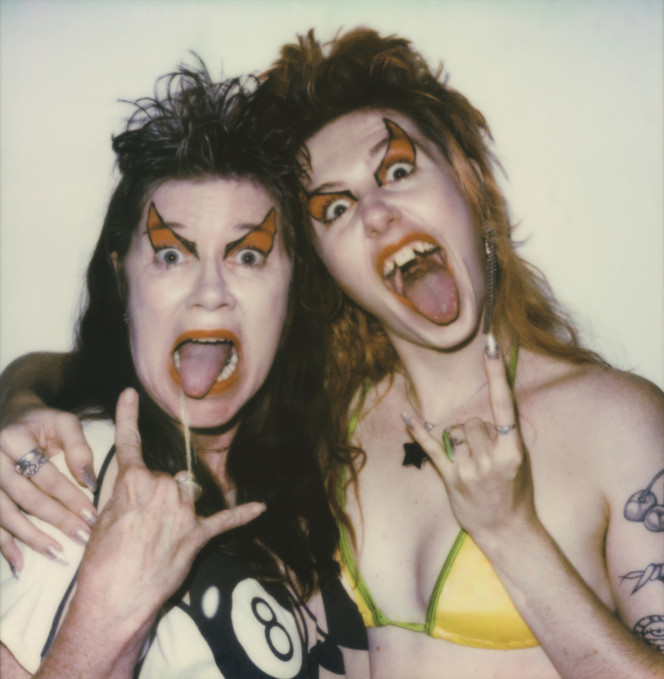 “Another one of my all-time personal favourites is the one of Dani Miller and her mum Meredith in New York,” says Pooneh. “Last summer, Dani and I made plans to meet up for a shoot and that morning she suggested we met at her mum’s apartment in Brooklyn. That’s when the ideas started spinning about doing a joint shoot with them. Luckily, they both were down and it was an honour to capture such a beautiful and wild mother-daughter afternoon between the two.” 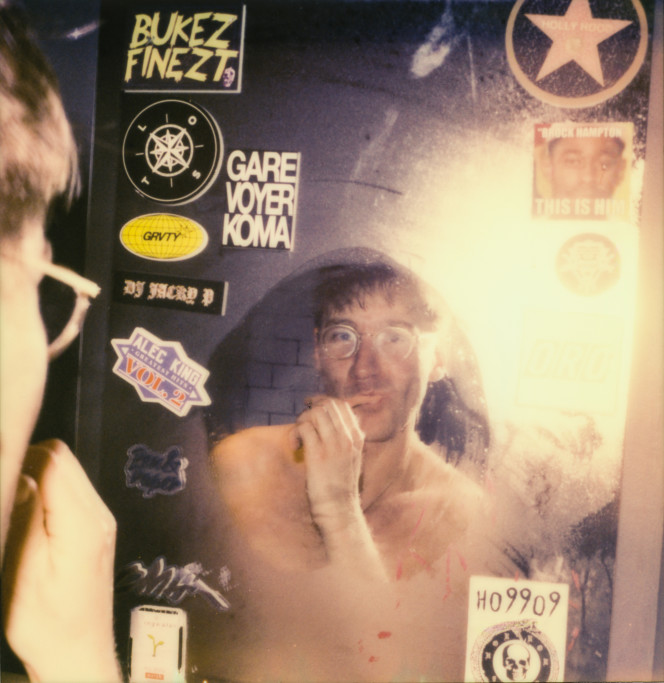 Other highlights include Glass Animals’ Dave Bayley, papped by Pooneh having just stepped out of the shower in the green room on the night of one of the band’s most recent shows in March 2020 in Washington DC. “I spotted Dave brushing his teeth in this cloud of steam from the shower in the green room,” Pooneh reminisces. “I don’t know why, but time and time again, those mundane moments on tour – amongst the chaos – can really hit a chord with me. So, I asked him to wipe out a little circle in the mirror and we did a quick bathroom Polaroid session.” 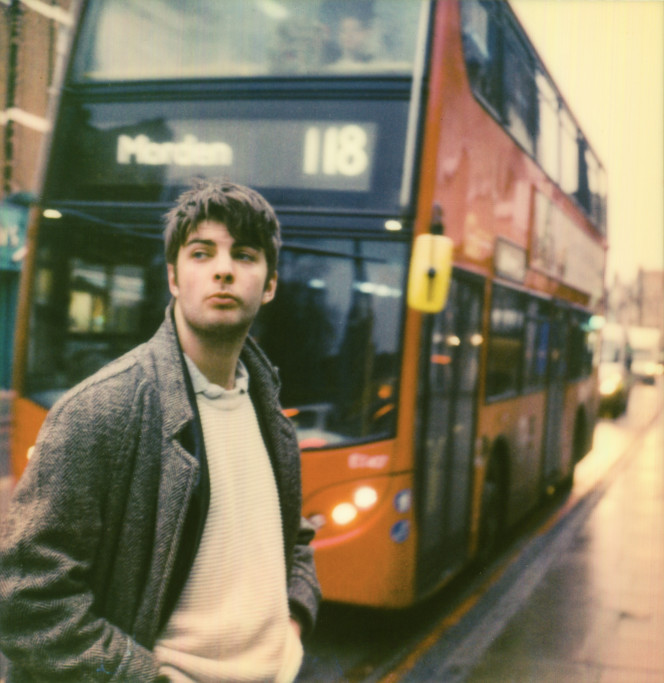 On the above image framing Fontaines D.C. frontman Grian Chatten on the streets of London, Pooneh says: “We were walking back to the South London studio where they were recording album two, A Hero’s Death. I thought Grian just looked cool walking and doing his thing, so I asked him if I could snap a Polaroid before we went off the main street. Just as I framed the shot, focused, and pressed the shutter, the double-decker bus drove by behind him. That happy accident is what really takes me back to that moment.” 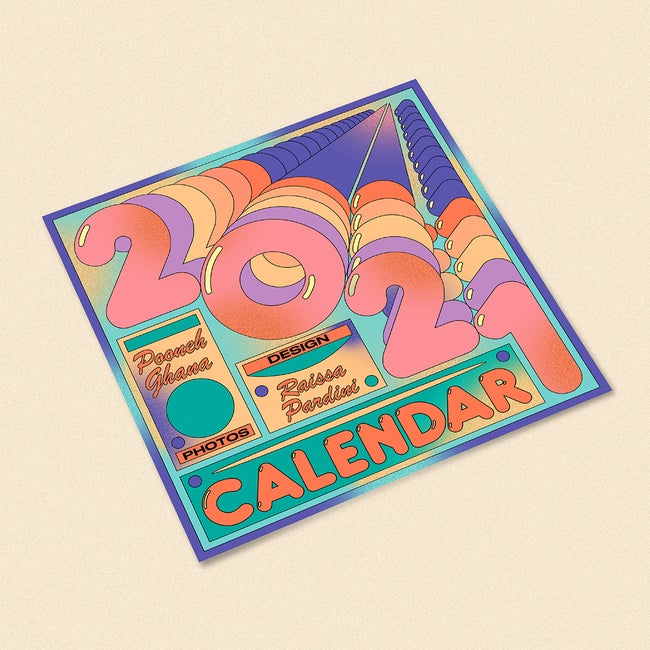 The photographs reach their fullest expressive potential when paired with Raissa’s vivid graphics, with the designer disrupting the traditional calendar structure with her own psychedelic aesthetic. “I looked at what the musicians were wearing and what the colours of the pictures were when I struggled to find colour combinations,” Raissa tells us, “The polaroid feel goes with my style and I think it all comes out very organically because we chose the right elements to feature.”

“Having no graphic rules helped me think experimentally and treat the calendar as a piece of design on each page,” continues the designer. “I was inspired by not being inspired by other calendars around. I wanted more, mostly from the date grid. It can’t only be just numbers and lines, right? It was challenging, yes, but that’s also the best part of the job. The struggle turns into a real feel of excitement when you finally found what you were looking for.” 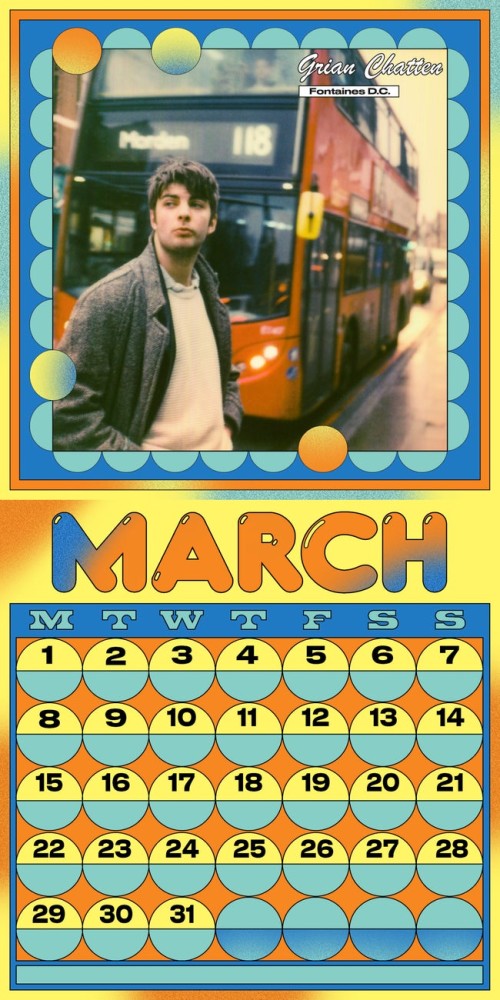 In a nod to the creative talent that inspired the collaboration, twenty percent of all profits made from the calendars will be split between Music Mind Matters and Red River Cultural District’s Banding Together Fund, two charities close to the artists’ hearts. Music Mind Matters was picked by Pooneh because of its fundamental job helping musicians with mental health: “It’s important to know there’s some great help out there, available anytime and for anyone who feels that way,” Raissa explains. “They offer emotional support as much as guidance and advice on benefits, debt and legal issue.”

While Red River Cultural District’s Banding Together Fund is at the core of the Austin music community, the scene where Pooneh cut her teeth. “We definitely wanted to give something back through the sales of these calendars,” explains the photographer. “This music community supported me when I was a young photographer and music fan navigating my way through the scene, and that support early on is a huge reason why I’m able to do what I love today. The stage managers, bartenders, door guys, floor managers, sound engineers, lighting techs, etc, are all important pieces of a larger puzzle that gave so many artists, including myself, a space to do our thing in that city.”

The Pooneh and Raissa 2021 Polaroid Calendar is available to purchase here.