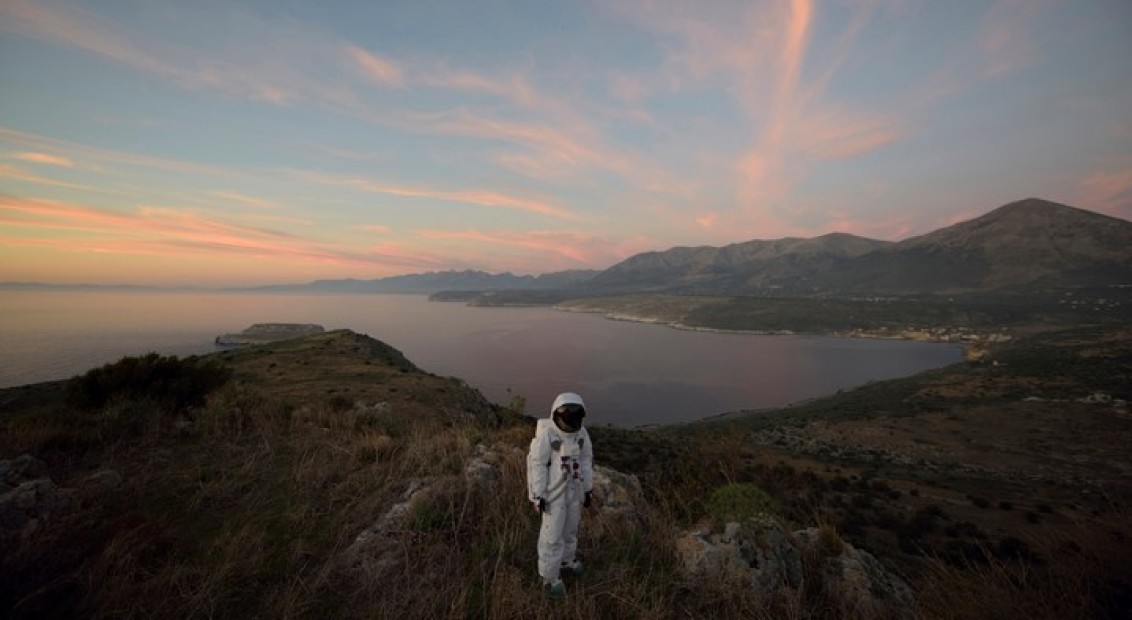 Since he emerged in the early 80s, British artist John Akomfrah has explored  themes of migration, post-colonialism and memory through moving image, often with immersive, multi-channel films. Combining archive footage with his own, Akomfrah’s films are always powerful and multi-layered, grappling with meta narratives and the intersection of major historical tides.

As a founding member of the visionary Black Audio Film Collective that emerged in London from the embers of the Brixton riots in 1982, Akomfrah has become a master of the moving image. Alongside co-founders and fellow artists David Lawson and Lina Gopaul, Akomfrah has pushed the discipline of video art into innovative new directions, creating films that wield their transportive power through a triptych of screens. In a typical Akomfrah installation, each screen will play different footage, offering individual threads of what are often complex, multi-faceted histories. When presented together, these threads combine in a rich tapestry of sights and sounds, coalescing in a single, evocative experience that immerses the viewer from multiple angles.

In Vertigo Sea for example, one of Akomfrah’s best known works that he presented at the 2015 Venice Biennial, the artist uses multiple layers of storytelling and symbolism to create a sublime yet harrowing moving collage on migration, the Black diaspora and human conquest. Combining archive footage of whaling parties and slave ships with panoramic shots of rugged coast and readings from Herman Melville’s Moby-Dick (1851) and Heathcote Williams’ epic poem Whale Nation (1988), Akomfrah explores the sea as both victim and protagonist, a sublime yet terrifying witness to our most desperate desires and debased cruelty. 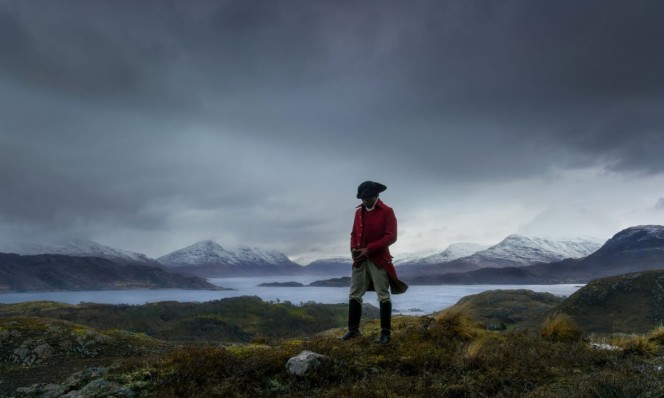 In 1985, three days of rioting broke out in Birmingham’s Handsworth district following an escalation in tension between police and the area’s Black community. Coupled with unemployment levels that had reached record levels across the country under Thatcher, the riots catalysed further insurrections in London that were also sparked by racially motivated police violence.

At the time, Britain’s Conservative government had only just unveiled Channel 4 as their sleek vision of the future, ready to give the BBC a run for its money. Somewhat ironically however, Channel 4 were producing late night documentaries that addressed underground gay scenes and troubles in Northern Ireland, marginalised issues that appeared to contradict everything the Conservatives stood for. Though Akomfrah was not commissioned to make Handsworth Songs, he did receive funding from the broadcaster, which he used to give the people of Handsworth a platform to have their voices heard.

Shot in a documentary-like format, the film exemplifies Akomfrah’s deft handling of nuance. Not only does Handsworth Songs afford the residents of Handsworth an opportunity to be heard that they were never afforded by mainstream press outlets, the film frames the face of British racism in its most insidious and explicit forms. Back in 2011, after the riots that had begun in London with the shooting of Mark Duggan spread to the rest of the UK, Handsworth Songs was revisited by Tate with a one week online screening that laid bare just how little had changed. 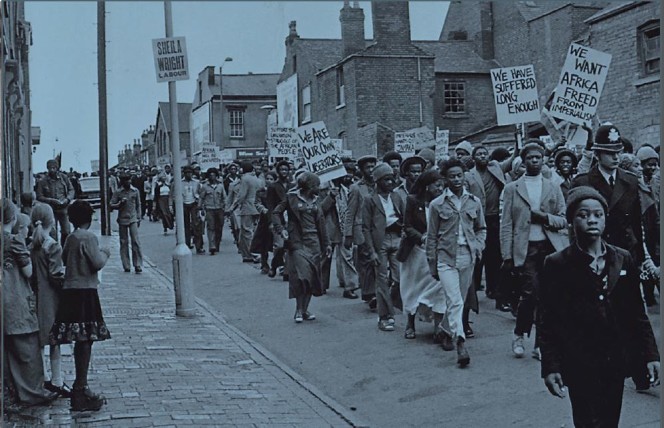