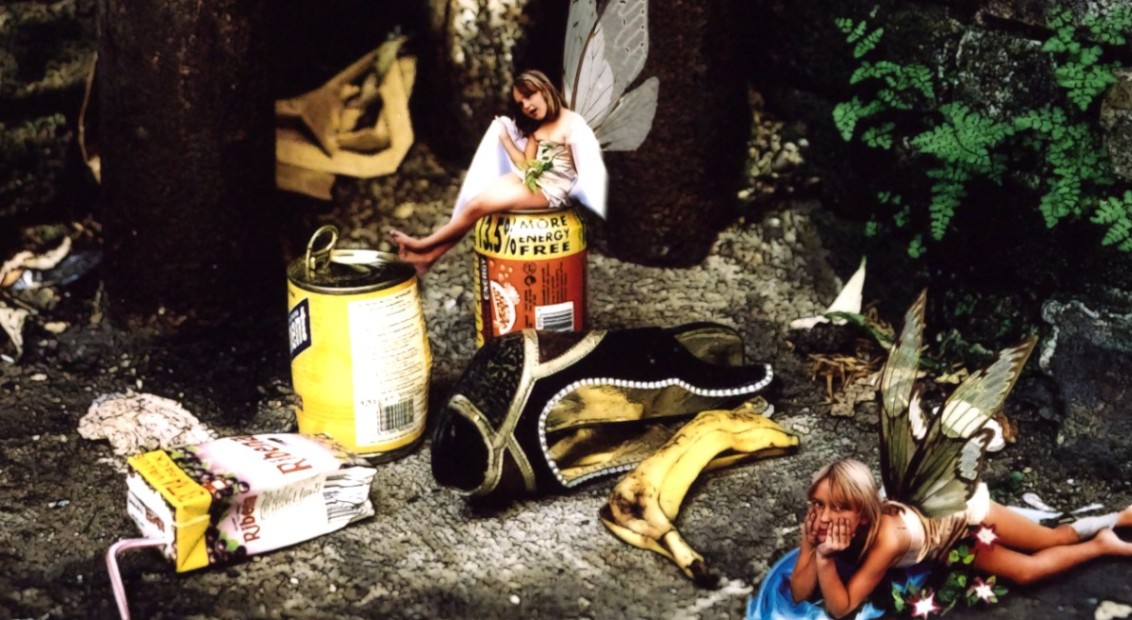 Above image: Mat Collishaw Sugar and Spice, All Things Nice, This Is What Little Girls Are Made Of #7 1998. Tate ©

In Mat Collishaw’s The Garden of Unearthly Delights, exotically coloured butterflies float among red-breasted robins and their nests, while naked cherubs below frolic with giant snails and leaping fish. Mounted on an early Victorian animation device known as a zoetrope, this edenic scene is static at first, a picture of silent serenity. As it begins to spin however, accelerating with dizzying speed and strobe flashes overhead, time unfreezes and the miniature figures are roused into frenzied activity.

What originally appeared idyllic, twee even, is suddenly anything but. The robins flap manically to defend their unborn young from cherubs, who now better resemble a deranged horde of naked infants, bludgeoning anything that moves with their small clubs. As a spectacle it’s difficult to pull your gaze from, even once the nefarious activities become clear (and perhaps even more so thereafter). Yet unlike the famous 16th-century triptych it pays homage to (Garden of Earthly Delights by Hieronymus Bosch), Collishaw’s take on Paradise Lost presents heaven and hell, beauty and horror, as part of the same coin, distinguishable only under the right light.

Garden of Un-earthly Delights from Mat Collishaw Studio on Vimeo.

A similar theme re-surfaces constantly throughout Collishaw’s work, fuelled by the idea that, in his own words, “human beings are always drawn to the slightly illicit.” From photographs of burning butterflies to sculptures of diseased flowers, Collishaw’s work draws its potency from the close alignment of sacred and profane, toying with our instinct to rubberneck that which appals and entices in equal measure.

Since emerging from Goldsmiths in the 1980s alongside Damien Hirst and Tracey Emin, the Nottingham-born artist has mined Victoriana for inspiration, its paintings, photographs, furniture and technology. It’s entirely fitting therefore, that Collishaw’s work was chosen as the contemporary voice in a new display at Tate Britain dedicated to fairy painting – a shrine to metaphysical imaginings, from the ethereal dancing elves of William Blake to the ornate and mysterious scenes of Richard Dadd.

The Victorian obsession with fairies has preoccupied Collishaw for many years, and he has anchored much of his work in the era’s dichotomies of science and religion, prosperity and squalor, machinery and spiritualism. Whether zoetrope or photography, Collishaw is interested in the way these technologies generated renewed belief in the supernatural, despite their apparent contradictions. 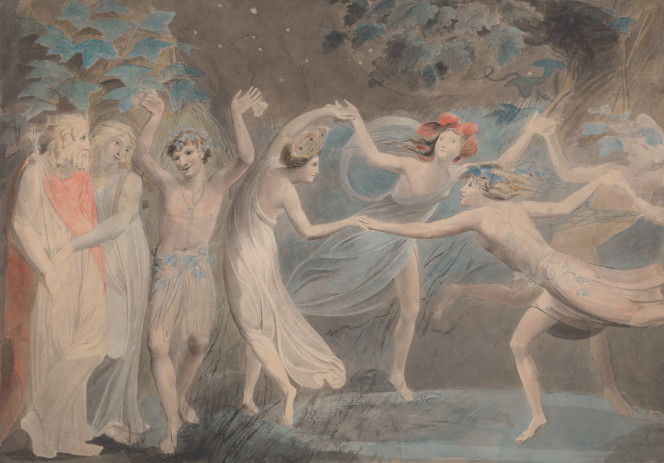 “A lot of my work, including the zoetrope and the composite photographic images of fairies currently at Tate Britain, are quite incongruous demonstrations of technology’s ability to conjure fantastical visions that are beguiling but ultimately fictitious,” says the artist. “Correspondingly, many works I make using digital media play with the idea that technology can transport us to other places and evoke transcendent emotions that are actually dependent on the smoke and mirrors employed by digital devices.”

Collishaw’s first foray into fairy art arrived in unusual circumstances. For his 1996 series of photographs, Catching Fairies, the artist himself is pictured at night, shirtless and knee-deep in Clapton Pond. “At the time it was quite a degenerated area,” he recalls. “But if you looked at Clapton pond from above, when the light was at a particular angle, it looked like there could be a bit of magic in there.”

“If you looked at Clapton pond from above, when the light was at a particular angle, it looked like there could be a bit of magic in there.”

The series strikes at the central concerns of image-making, the extent to which the immaterial can be represented in tangible form, or in Collishaw’s words, “that futile human pursuit of trying to capture the ephemeral.”

By illustrating our conflicting need to see both magic and what’s behind the curtain, Catching Fairies echoes the origins of fairy painting, which emerged as a counter-cultural response, when the separation between science and superstition was blurry amid new technologies promising objective, verifiable truths. In the face of rampant urban squalor and changing attitudes towards sex that remained suppressed by the Church, fairy painting offered both a sense of escape and an opportunity to indulge in thinly veiled carnal desire. 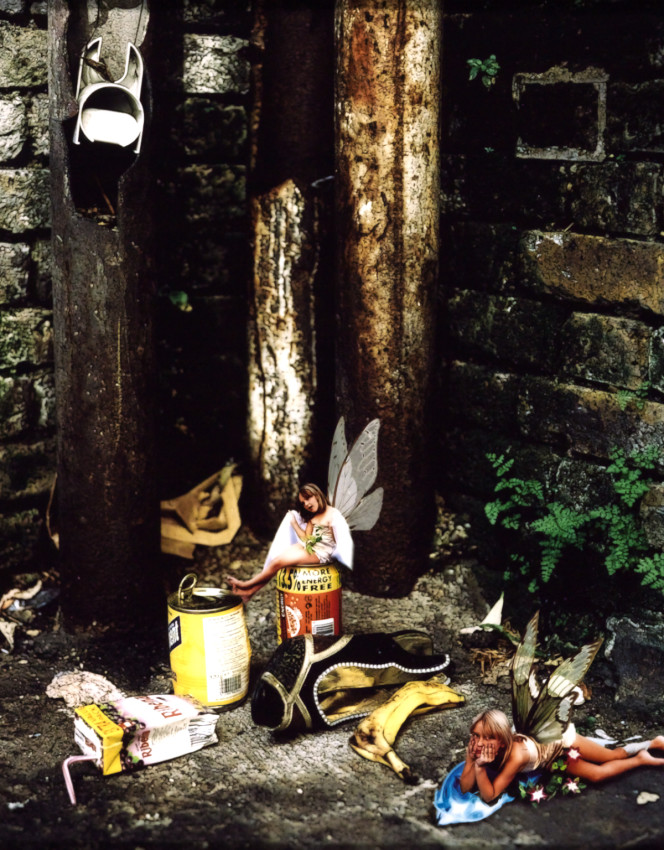 Mat Collishaw Sugar and Spice, All Things Nice, This Is What Little Girls Are Made Of #7 1998. Tate © Mat Collishaw

“The late Victorian era was an extraordinary period,” says Collishaw. “After the birth of photography, other mediums like X-ray and phosphorescence were being experimented with; suddenly we could see through the body and in the dark. This fed into a belief that there was another realm beyond that which was visible to the human eye.”

A year later, in his 1997 series titled Sugar and Spice and All Things Nice that is also on show as part of Tate Britain’s new display, Collishaw flipped the notion on its head. Instead of presenting fairies as elusive spirits from mystical realms, they could be found loitering idly down litter-strewn alleys, with expressions of tired apathy. “I’d been looking at a lot of fairy paintings that year and a lot of the time you get these very bored little fairies sitting around. They have access to this supernatural world, but they’re bored in it, they’re unexcited by it, so what does that mean?”

The answer echoes throughout so much of Collishaw’s theatrical and profoundly engaging body of work – there is no light without darkness, what may appear virtuous may in fact be sordid and the things that repulse us can also be beautiful.

Tate Britain’s Fairy display is on view until August 2021.