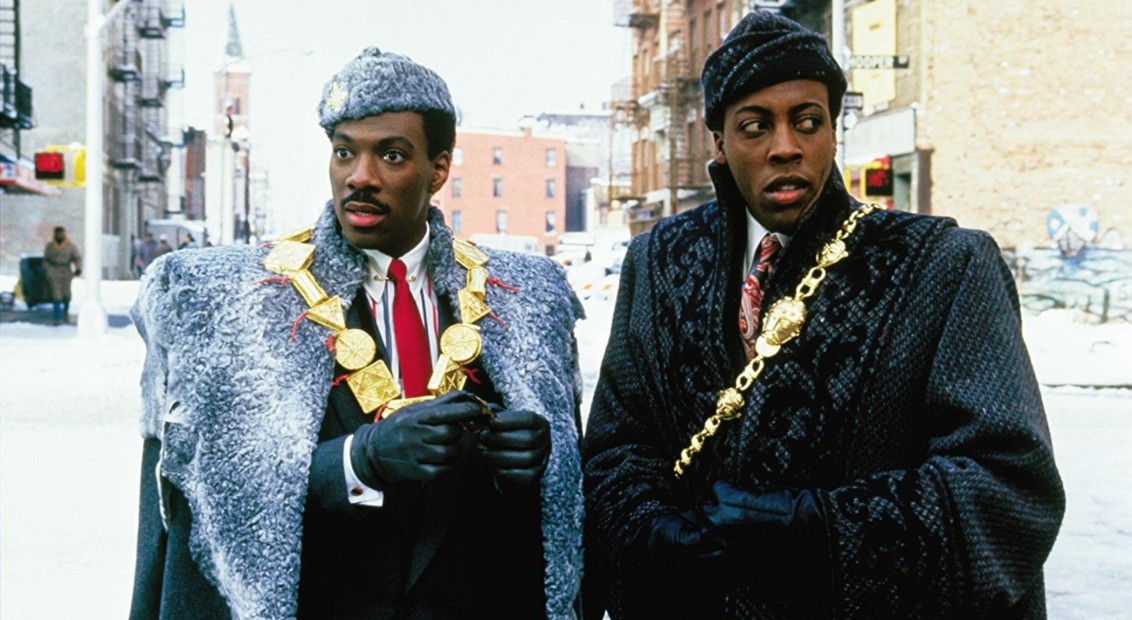 The long-awaited sequel to Eddie Murphy’s iconic performance in John Landis’ 1988 comedy Coming to America has been purchased by Amazon, who will release it to global audiences in March 2021.

When it was first released, Coming to America proved a cultural sensation, bringing in over a quarter of a billion in world-wide box office earnings and capping off a meteoric rise for Eddie Murphy that began earlier in the decade with Beverley Hills Cop and Trading Places (both 1983). The original story follows the journey of Akeem Joffer, crown prince of a wealthy African nation known as Zamunda, who is eager to escape the protective pampering of his parents and taste life’s bitter reality. In an effort to find himself a queen, he voyages to Queens, New York (duh), where he and his valet Semmi (Arsenio Hall) pose a penniless students. Once there he’s confronted with squalor and hardship for the first time, giving himself the desired jolt from his princely disposition.

In spite of the film’s mixed reception among critics at the time of release (as well as a number of muli-million dollar plagiarism lawsuits), its astonishing box-office earnings combined with a largely Black cast and endlessly quotable lines immortalised it as a cult gem. The sequel will feature many of the original cast members, including King Jaffe Joffer (James Earl Jones), Queen Lisa (Shari Headley), Cleo McDowell (John Amos), Maurice (Louie Anderson) and the motley barbershop crew as Akeem and Semmi head back to where it all began. Produced by Universal Pictures, the film become one several this year to be sold to a streaming platform by the studio, joining Aaron Sorkin’s Trial of the Chicago 7 and Michael Showalter Lovebirds.