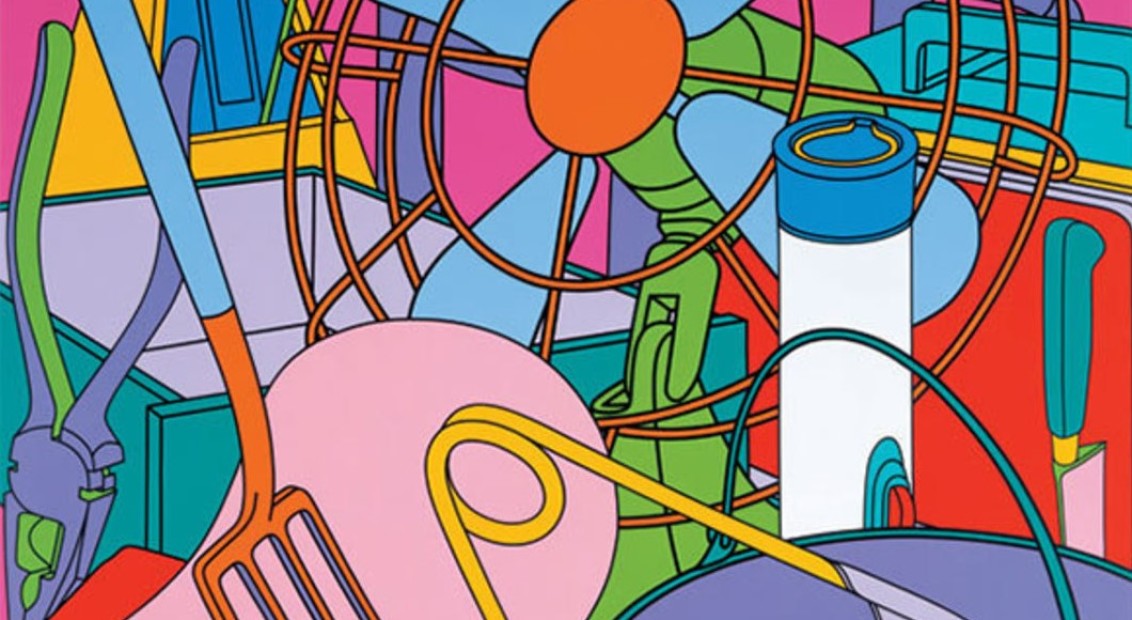 Michael Craig-Martin: mentor of the YBA’s who redefined our relationship with the everyday

For an artist who endeavours to make impersonal, style-less work, Michael Craig-Martin’s signature conceptual language is ironically among the most recognisable of any contemporary artist.

By focusing on the mass-produced and quotidian in his paintings, Craig-Martin draws attention to the form and functionality of items you might ordinarily not think twice about. Using bold black lines and an intensely vibrant palette, safety clips, garden forks, pedal bins and sandals are reduced to their most essential forms and reassigned new colours that reinvigorate them into museum-worthy artifacts. 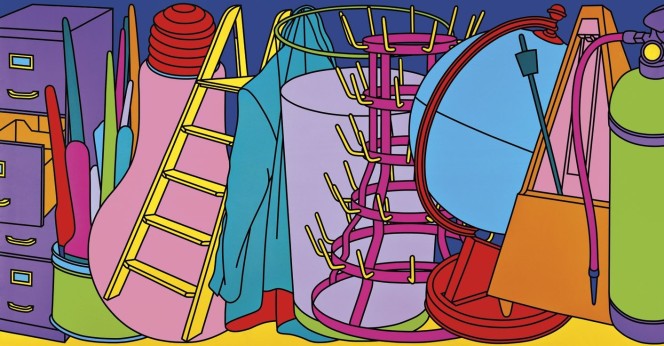 Although he is best known for these fantastically colourful graphic renderings of household objects, which are often large scale and sometimes cover entire rooms, Craig-Martin rose to prominence during the 60s and 70s with his sculpture.

After arriving in London during the mid-60s from New York, where he’d spent time with Andy Warhol and become influenced by Pop Art, Craig-Martin announced himself as the new voice in conceptual art with An Oak Tree (1973). Consisting of a glass filled with water, placed on a glass shelf high above eye-level, the sculpture understandably drew attention at the time, not all of it positive.

Sculpture remains a critical part of Craig-Martin’s work (evidenced by his Gagosian exhibition last year), not least for the way in which it influences his paintings. Both are concerned with wiping clean what we previously took for granted and replacing it with a new way of looking at the everyday and mass-produced.

With his sculpture for example, Craig-Martin delights in taking everyday objects and enlarging them into free-standing domestic monoliths, powder-coated in luminescent hues. In doing so, he dramatically reconfigures our spatial and physical relationship with objects that might otherwise fit in the palm of our hands. Walking beneath safety pins, stepping through light bulbs and being dwarfed by corkscrews, domestic flotsam are elevated into monuments, bringing an appreciation of their timeless design and potent symbolism.

As synonymous as Craig-Martin is with conceptualism, his influence on subsequent generations of British artists is equally profound. Beginning in 1973, Craig-Martin taught at Goldsmiths for over 20 years, during which he mentored a number of the Young British Artists. From Damien Hirst, Sarah Lucas, Patrick Caulfield, Gary Hume and Mat Collishaw, Craig-Martin was responsible for fostering one of the most important chapters in British contemporary art. 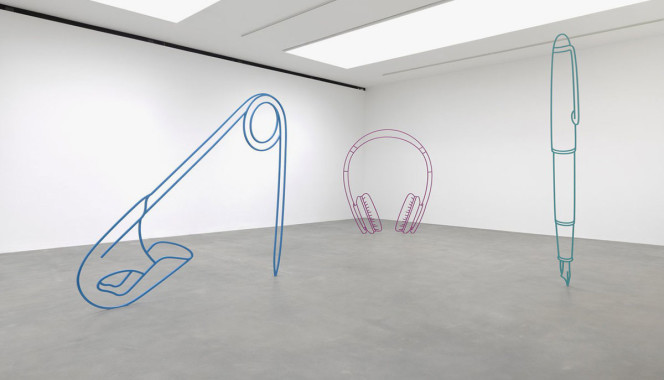 When Craig-Martin unveiled An Oak Tree at Rowans Gallery in 1974, he was met with incredulity. Like Marcel Duchmap (the godfather of conceptual art, idolised by Craig-Martin) and his urinal fountain, the sculpture was regarded by some as perverse, with the artist claiming the glass of water was in fact “a full-grown oak tree”.

His logic stemmed from the metaphysical defiance of Transubstantiation, the Catholic belief that the bread and wine of communion literally corresponds to Christ’s flesh and blood (Craig-Martin was born in Dublin). In the same way as the bread and wine retain their physical appearance, so too, claimed Craig-Martin, does the glass of water, despite being changed into the physical substance of an oak tree.

The work throws up an issue at the heart of conceptual art and by extension Craig-Martin’s own practice, namely, the way in which emotional values are conferred to objects and can only be accepted through an act of faith. For Craig-Martin this ‘faith’ is not religious nor necessarily even spiritual, but related to the way in which we all try and make sense of the world. 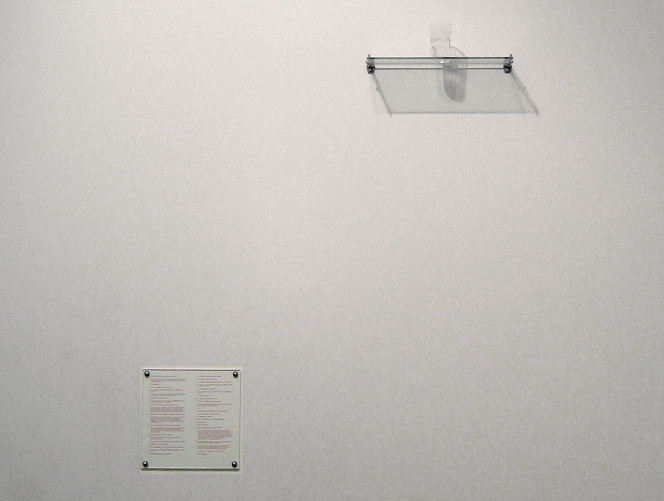