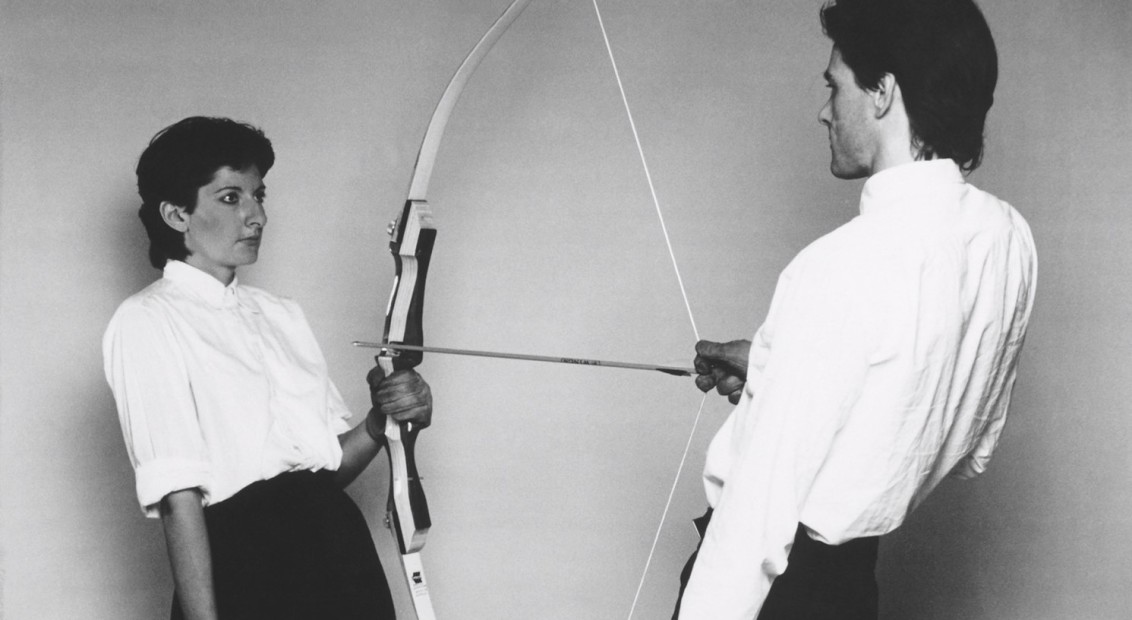 This evening at 19:00, Serpentine’s director Hans Ulrich Obrist will be welcoming the legendary Serbian performance artist Marina Abramović to a freely available online talk. Having seen her scheduled retrospective at the Royal Academy postponed until next year, this is a welcome opportunity to delve into the work of an international heavyweight.

Abramović is known for her widely referenced performance art, often putting herself at some level of risk with works that encourage audience interaction and require superhuman levels of endurance. Obvious examples are Rhythm 0 (1974), a six-hour work in which audience members could use a selection of 72 objects ranging from perfumes and feathers to nails and a loaded gun on Abramović’s passive body. In her 2010 show at MoMA, Abramović performed The Artist Is Present for eight hours a day over almost 3 months. Audience members were invited to sit across a desk from Abramović, who sat silent and motionless, and meet her gaze. Many were moved to tears.

What would you ask Marina?

This week's talk with Marina Abramović is now booked out, however, we are still accepting questions from the public!

This evening’s discussion will centre primarily around Abramović’s previous exhibitions at the Serpentine, including her unofficial follow-up to The Artist Is Present with her 2014 performance, 512 Hours. With equally impressive stamina, Abramović performed from 10am to 6pm, 6 days a week, attracting 130,000 visitors who she corralled and choreographed through a silent zen-like procession. More recently she created The Life (2019), the world’s first Mixed Reality performance together with Todd Eckert from Tin Drum, who will be joining Marina for this conversation.

Tune in to Hans Ulrich Obrist in conversation with Marina Abramović from 7pm GMT, RSVP here.