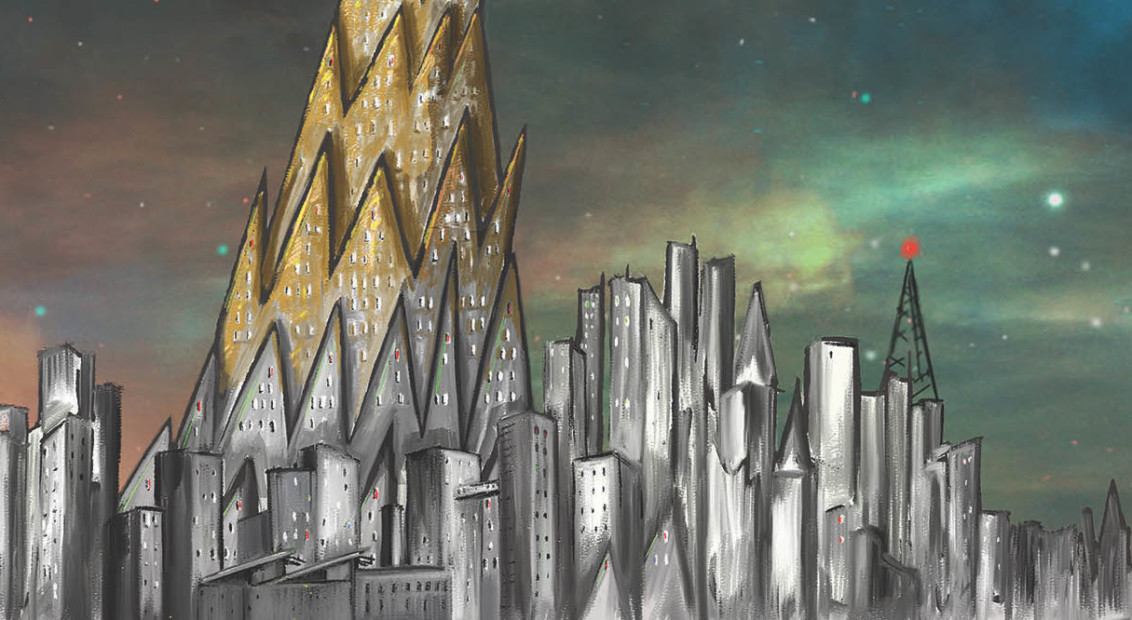 Welcome to Yoga Town, a place without hope where the 1 percent bend reality into a world without consequence and the masses are drugged and manipulated into not giving a damn. This is the setting for Graham Coxon’s very own graphic novel, created in collaboration with NYC-based Z2 Comics. Titled Superstate, its described as an “all-new high concept vision of the future”, features collaborations with fifteen graphic artists and an original fully-illustrated sore by Coxon himself.

Those fifteen artists – including Christian Dibari, Marie Llovet and Ryan Kelly – help form a team co-operative team of writers and artists who have devised stories and visuals inspired by Coxon’s original concept – lead by music written and recorded by the Blur guitarist exclusively for Superstate earlier this year. 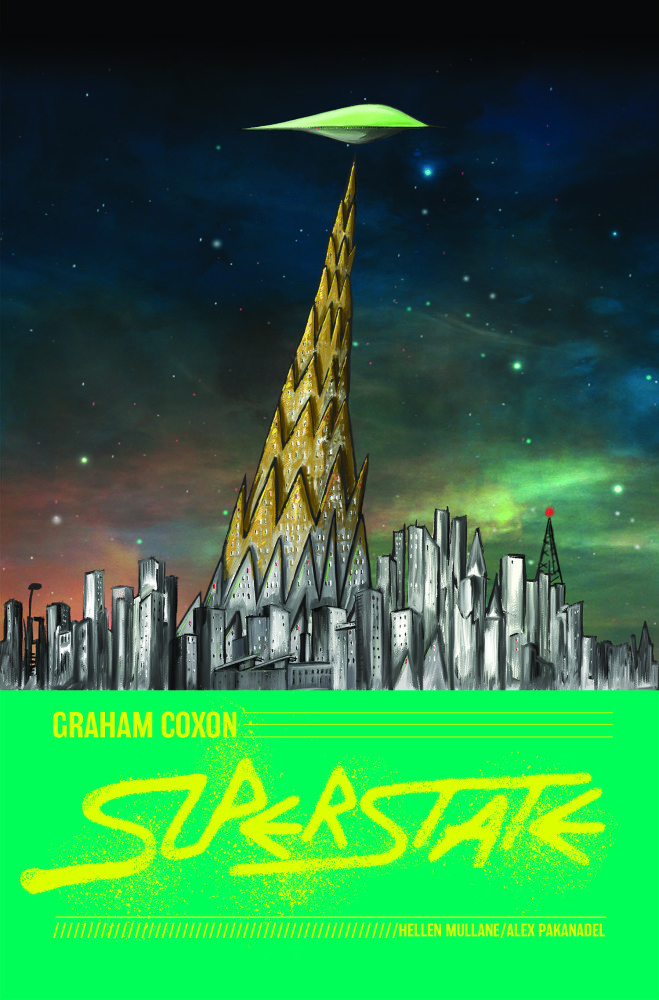 The accompanying press release describes the plot behind the work: “For the viewer, the Superstate is everywhere, and its authority is absolute: Yoga Town is a city without hope. While they wait to leave the earth, the 1% can bend reality to their will, they live in a consequence-free world where anything goes. Meanwhile, the masses are pacified by a drugged-out, government-mandated digital dreamscape while they wait to perish on this dying planet. But there is still hope. Angels roam the earth. With their help, maybe some rebellious spirits can start to make a change.

“Superstate is a story of escape,” says Coxon. “In a society where war rages between the forces, negativity and positivity, encouragement and discouragement… The fragile road to freedom burns its way through the far reaches of space…”

“We at Z2 feel that we are setting the standard for the relationship between comic book storytelling and music, and Graham Coxon’s Superstate is a high watermark for our company’s brief history and bright future” adds Z2 publisher Josh Frankel. “We wanted to ensure that Graham’s vision was brought to life in the most authentic way possible and have assembled a team that has delivered a book that is essential to the album experience. I am so proud of the way this project has come together.”

Of course, this isn’t Coxon’s first entry into the graphic novel world, he has previously created original scores for TV show, The End of the Fucking World, an adaptation of Charles S. Forsman’s mini-comic series.

Superstate by Graham Coxon is available in March 2021, pre-order here.