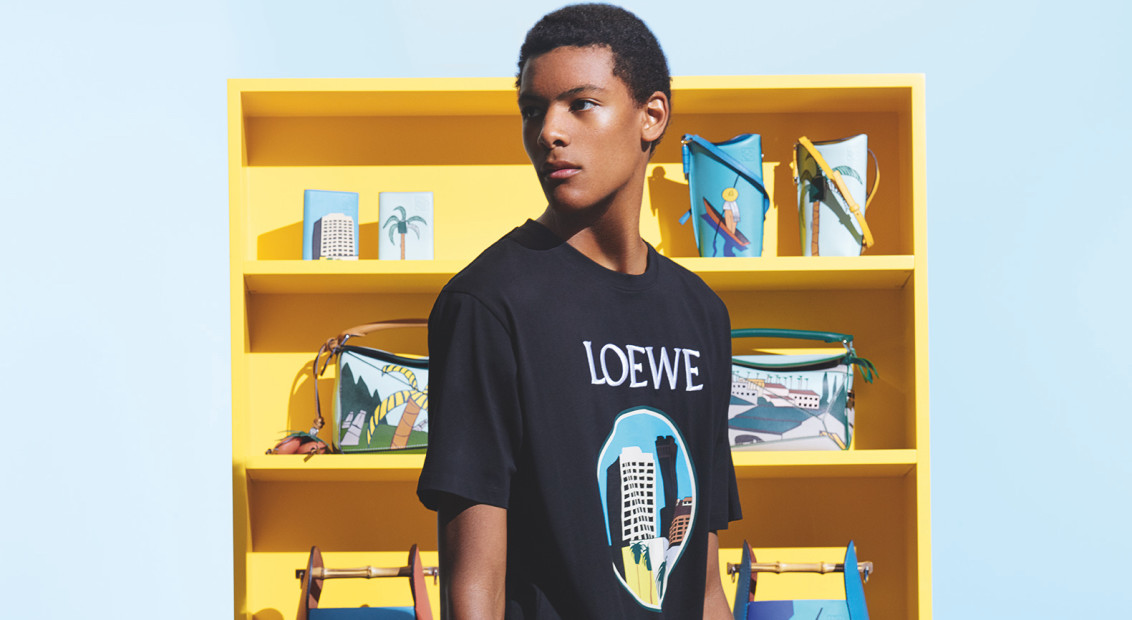 In recent years, the Loewe capsule collection has provided creative director Jonathan Anderson carte blanche to celebrate the artists and artisans whose craft has moulded his own. Be it the Art Nouveu elegance of Charles Rennie Mackintosh or the resplendent exoticism of William De Morgan’s ceramics, Anderson is a master at spotting niche, often overlooked aspects in a body of work and extrapolating them through his own designs. This year brings a more contemporary figure into the spotlight, the late American artist and renowned ceramic sculptor Ken Price, whose blob-like, biomorphic sculptures borrowed from disparate cultures and periods. 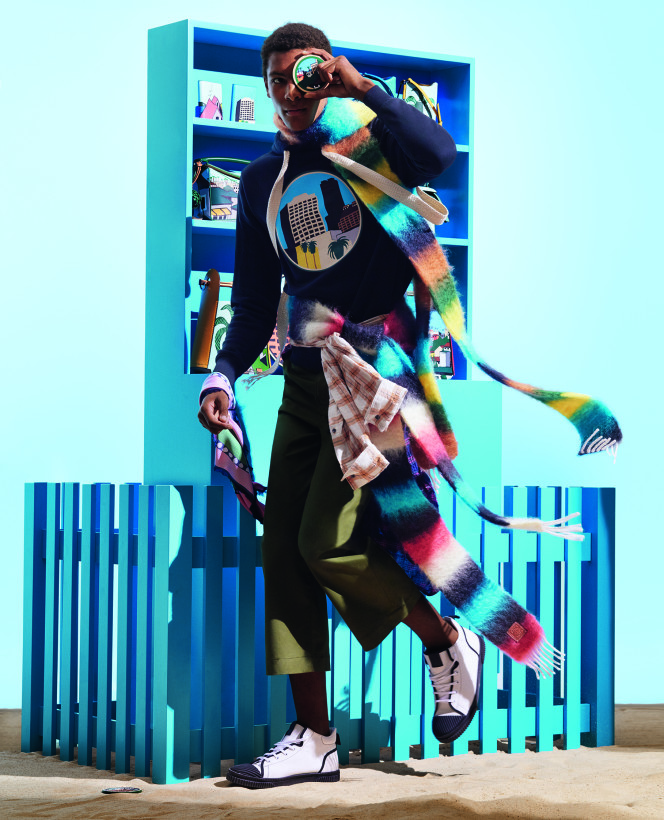 Born and raised in LA during the 1930s, Price rose to international prominence during the 50s and 60s, at a time when you could count the city’s galleries on one hand and an audience for contemporary art remained elusive. However fledgling the scene may have been, Price was influential in growing it. Alongside the likes of Larry Bell, John McCracken, Robert Irwin and Ed Ruscha, he became a driving force of LA’s art scene – a fact that was reflected in his 50-year retrospective at the Los Angeles County Museum of Art in 2012, which opened months before he died.

Though he was a skilled draftsman throughout his life (Price recalls being an adept cartoonist during childhood), Price is best known for his innovative works in clay. Heavily influenced by his legendary former teacher at Otis, the American-Greek abstract expressionist sculptor Peter Voulkos, Price emerged at a time when the rules of ceramics were beginning to crack, allowing him to experiment with bold and abstract forms that borrowed from ancient Mexican earthenware and Bauhaus aesthetics. 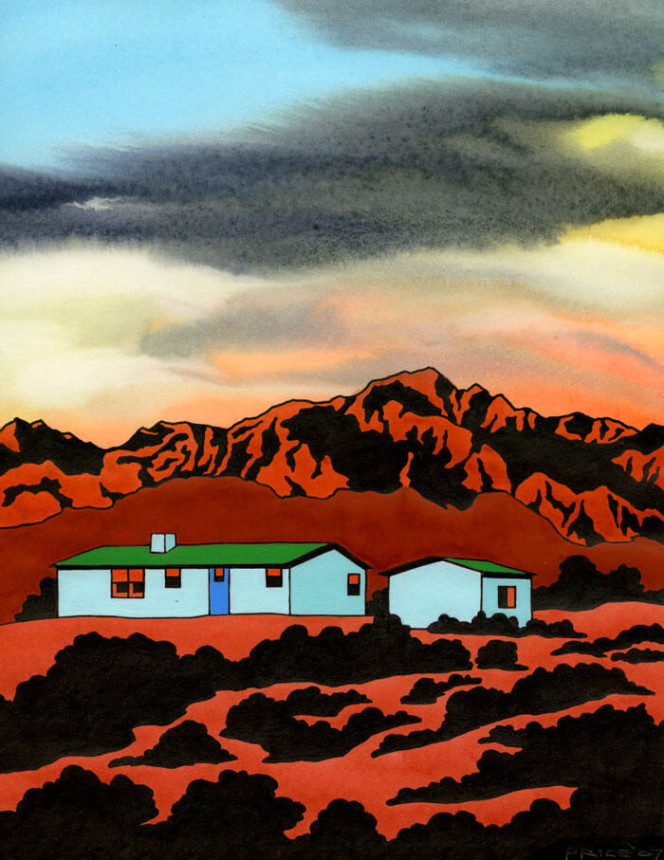 Many of these works were sculptural, but some, like his Town Units series, held some practical function. Among them are a series of hand-painted plates, originally made for the La Palme restaurant in Newport Beach during the early 80s, that marry Price’s gift as a painter with his unique skills in ceramics. Featuring serene, pastel-coloured renderings of LA architecture, Anderson has interpreted the series with intarsia prints and leather marquetry, the latter itself a testament to the savoir-fair craftsmanship of Loewe’s ateliers.

Elsewhere on silk shirts, denim trousers and drawstring shirts, radiant illustrated works from Prices’s LA and Easter Island series come alive via bold print motifs. Like so many LA artists from his generation, Price’s work is at some fundamental level influenced by dramatic Californian landscapes and the near-constant presence of sunshine, imbuing the collection with that famous West coast insouciance. As Anderson noted himself: “With their sunny landscapes, bright pop colours and palms, I found the two LA Series particularly inspiring in terms of stylistic mood: the collection is joyous and very laid back, with loose volumes and cropped culotte trousers that capture LA’s quintessential ease.”

Photographed by Craig McDean, the collection is shot on models strolling in front of wooden kitchen dressers, each displaying a selection of the Puzzle, Bamboo Bucket and Hammock Bags with Price’s works reimagined in intarsia. 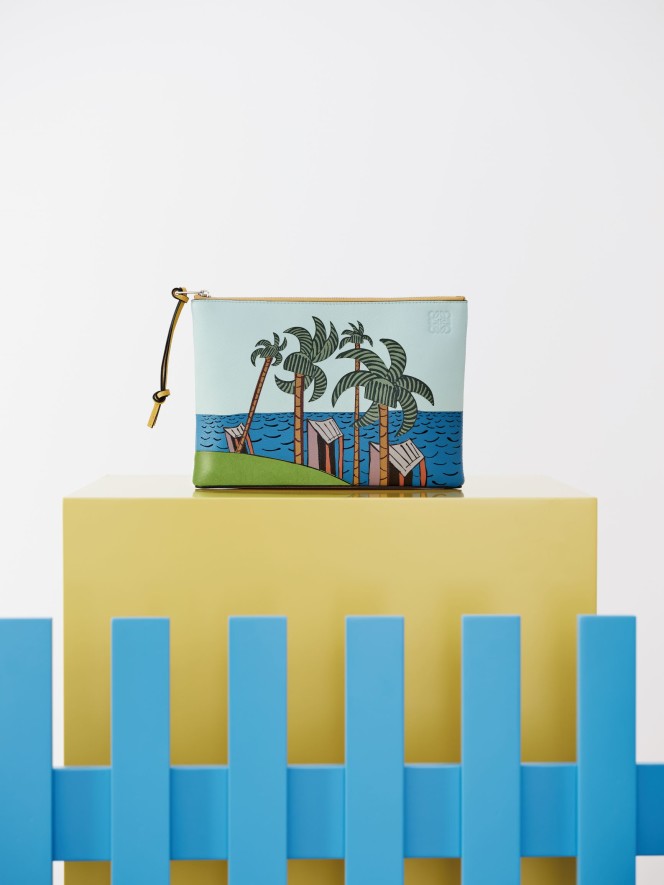