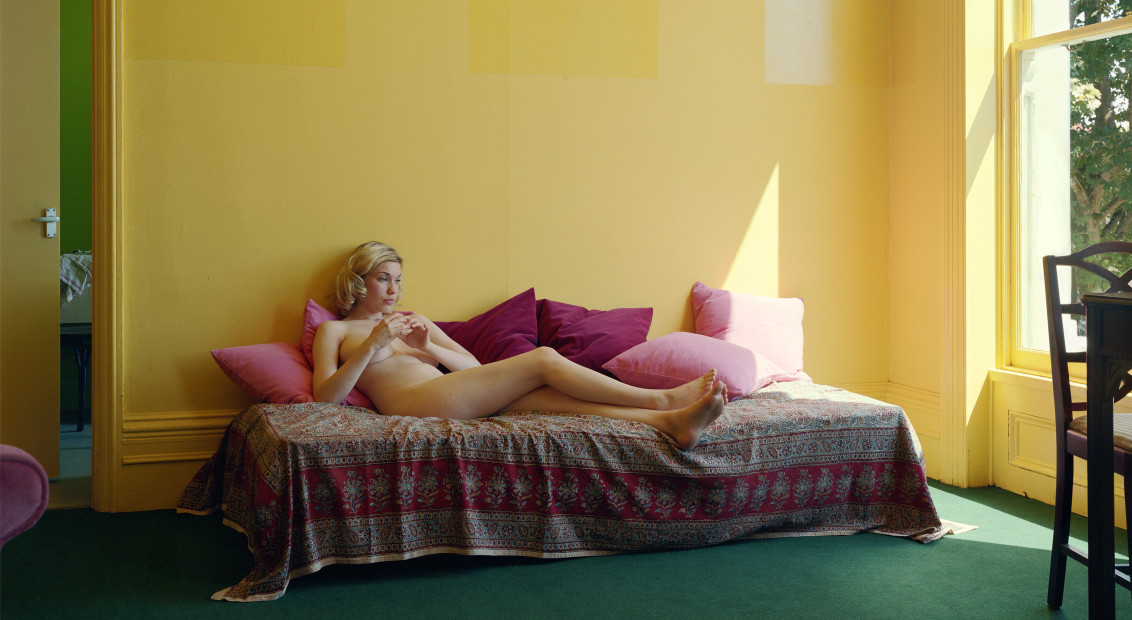 If ever there was a comprehensive deconstruction of the human gaze, what it means to see and be seen, Alfred Hitchock’s Rear Window would feature alongside any art work or piece of scholarly literature. Such is the film’s timeless potency, luring viewers absent-mindedly into the status of voyeur, that White Cube have dedicated a new online group exhibition to its lasting influence.

Since it was released in 1954, Rear Window has bewitched and beguiled audiences with its depiction of universal human impulse and meta narratives concerning the role of cinema. Given our current state of lockdown, there’s something eerily familiar to the sight of James Stewart (playing L.B ‘Jeff’ Jefferies), restricted to the confines of his own living room – albeit due to a broken leg – with nothing but the lives of his neighbours to entertain him. 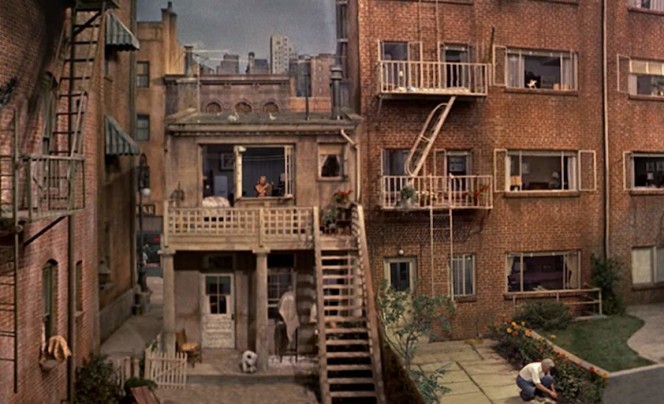 Hitchcock frequently referred to the film as his most cinematic because its story, “is told only in visual terms.” Like Vertigo and Marnie, each shot in Rear Window carries symbolic weight, framing characters through the fetishistic gaze of Jeff, who represents the audience, while the windows opposite symbolise an assortment of cinema screens (the film is book-ended by the symbolic raising and closing of window blinds).

When Jeff’s looks through his binoculars, we look with him. Hitchcock’s lens pans over adjacent blocks, lingering on open windows and peeping through raised curtains to steal a glimpse into the lives of strangers. As viewers, we become complicit in the same morbid human fantasies, rubber-necking the same lurid acts from the safe vantage point of our chairs.

Feminist theorist Laura Mulvey framed the idea as an extension of the day-to-day, scopophilic male gaze in her landmark 1973 essay Visual Pleasure and Narrative Cinema. Mulvey also noted that the film’s main female character, Jeff’s girlfriend, Lisa, only stimulates arousal in her otherwise apathetic partner once she crosses into the adjacent apartment and falls under threat of attack. Played with intoxicating allure by Grace Kelly, the move from spectator to observed precipitates Lisa’s change in status from passively doting to actively desirable. 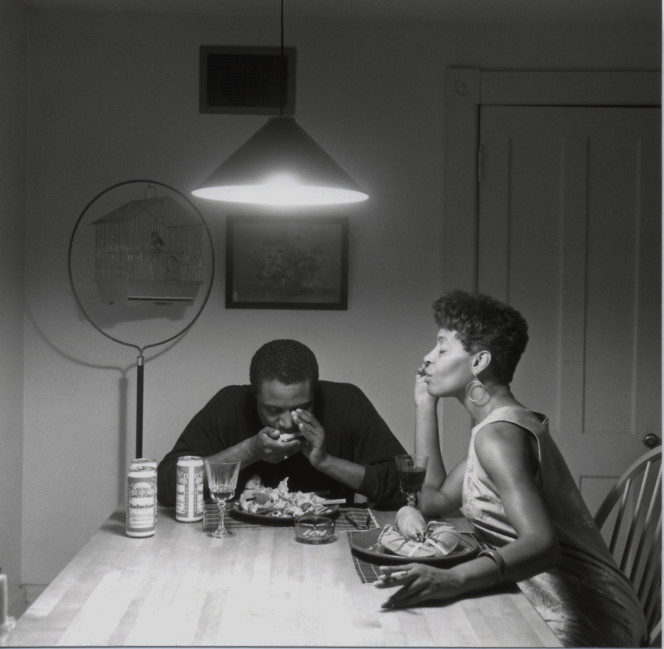 For White Cube’s exhibition, a selection of works from the likes of Julie Curtiss, Jeff Wall, Carrie Mae Weems and Laurie Simmons play with the idea surveying intimate domestic scenes, framing the perspective of observed and observer. In Jeff Wall’s Summer Afternoons diptych (2013), two nude figures occupying separate frames recline in their apartment. Hung alongside each other the images would appear to be showing a panorama, but open closer inspection we notice the photographs capture separate moments, just how separate we do not know. With a Hitchcockian sense of voyeurism, the work promotes a strong sense of multiple, equally plausible narratives. As viewers we are invited to form our own conclusions. Are these lovers? Have they fought? Are they thinking of each other? You decide.

Elsewhere, in Carrie Mae Weems’ seminal Kitchen Table series (1990), the US photographer stages a series of meetings with lovers, friends and family at her table, highlighting the nuances of her intersecting identities. We see scenes of love, loneliness and reconciliation, blurred snapshots of frantic activity and sombre moments of quiet reflection. In the context of a typically gendered domestic setting, the images offer a portal into Weems’ life, and that of other women, while encouraging viewers to fill in the before and after.