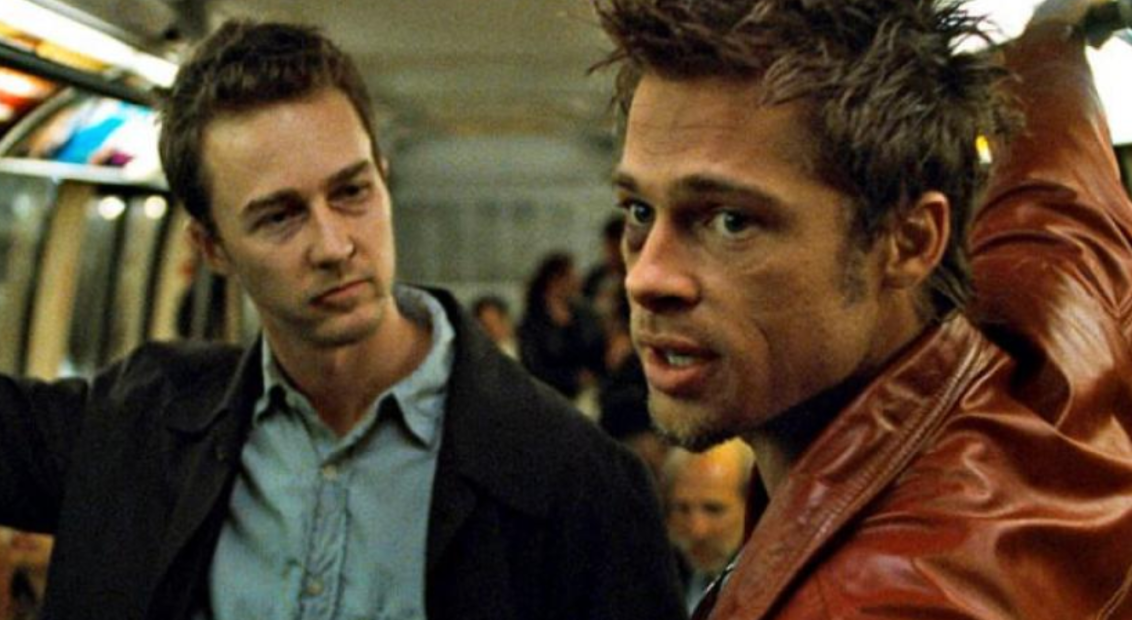 David Fincher was born to make movies. As a kid, growing up in LA, Fincher and his family found themselves at the centre of New Hollywood, counting Francis Ford Coppola, Philip Kaufman and George Lucas among their neighbours. The latter’s American Graffiti and THX 1138 were shot in the neighbourhood and, by the time he was eight, Fincher was already shooting his own footage on a Super 8.

His connection to Lucas earned him a job at the director’s visual technology firm, Industrial Light & Magic, where Fincher worked on Star Wars and Indiana Jones films. Despite his age, Fincher quickly grew familiar with the unyielding style of movie-making that brought Lucas such success. Despite having gone on to direct a number of remarkable films himself (Fight Club, Seven, Zodiac, The Social Network), it is this uncompromising style and obsessive approach for which Fincher is arguably best known. 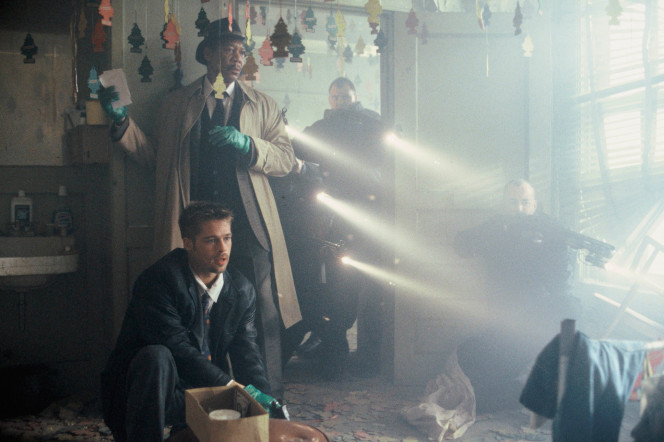 With his meticulous attention to detail and influence across all aspects of production, Fincher embarks on ambitious movies with complex story lines, non-chronological sequencing, flashbacks, narrators and marathon character arcs. Strip all of that away though, and Fincher’s genius is best laid bare in his dialogues, where, in collaboration with excellent screenwriters (most often Aaron Sorkins and Andrew Kevin Walker), the core energy of his films emanate.

Consider for example, the fluid, trial and error style conversations of Somerset and Mills in Seven (1995), the venom-spitting exchanges between Zuckerberg and Saverin in The Social Network (2010), or the paranoid ramblings between Tyler Durden and well, Tyler Durden, in Fight Club (1999). Crafted in collaboration with go-to cinematographer Jeff Cronenweth (with whom Fincher has shot four features) and long-term editor Angus Wall, these face-to-face encounters are often whittled into shape through a relentless number of takes and ground Fincher’s films with compelling moments of controlled combustion.

If there is an overarching flavour to Fincher’s oeuvre, it would probably be raw, unfiltered obsession. Be it fame or fulfillment, the characters in his films are driven by extreme motives that slowly ensnare them, usually culminating in a climactic final scene that lingers long in the mind. Who can forget exploding banks set to Pixies in Fight Club or Brad Pitt’s, “What’s in the box?!” meltdown in Seven?  In his forthcoming film Mank, all the ingredients for Fincher’s magic are seemingly present: two neurotic control freaks (Orson Welles and Herman J. Mankiewicz) on a fraught and bitter journey to produce the greatest screenplay every made. 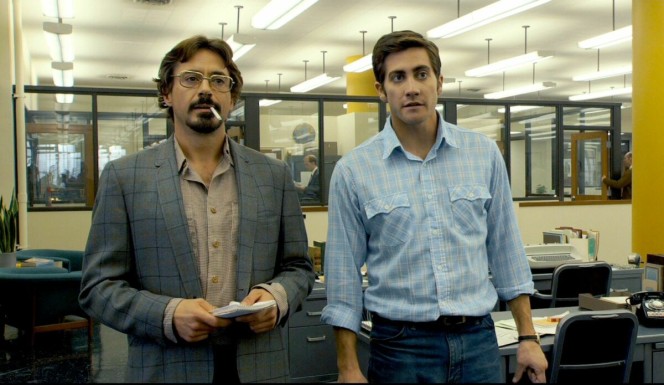 Few films set in anonymous locations bear as potent a sense of place as Seven. With its unrelenting rain, bleak urban back lots and steaming, sordid alleys, puddles flickering with a sickly neon glow, the ominous threat of the city in Seven sets in like a debilitating head cold. Combining the urban decay of Scorsese’s Taxi Driver (1976) with the dystopian futurism of Scott’s Blade Runner (1982), Seven’s novel interpretation of neo-noir felt like a breath of fresh air to the genre.

In search of Kevin Spacey as a fantastically odious serial killer, Fincher splits the emphasis he usually reserves for a central protagonist between two. Somerset (Morgan Freeman) and Mills (Brad Pitt) are two cops at opposite ends of the same timeline. One is a lonely veteran of the city’s police force whose faith in humanity is all but gone, the other, a sprightly newcomer who moves to the big city with hopes of starting a family and making rank. In addition to everything else the film does well, Fincher’s handling of this relationship shines through. 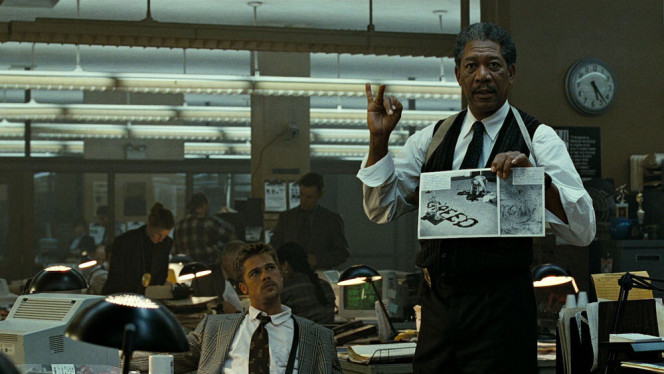 In The Social Network, Fincher dismantles the idea that films require likeable protagonists to be liked. The theory was never exactly watertight but this Facebook genesis story proves that regardless of how obnoxious each character may seem, outstanding performances, script writing and camera work can do much more than make up the difference.

So how did Fincher manage to turn a story about Harvard tech-nerds trying to out-laywer one another into the compelling, Oscar-sweeping story it became? Aaron Sorkin’s typically caustic screenplay was key but so too Fincher’s insistence on perfection. Scenes were sometimes shot upward of fifty times and Fincher would also get Andrew Garfield (who played Saverin) to shout insults at Jesse Eisenberg (Zuckerberg), just to “get him in the headspace”. 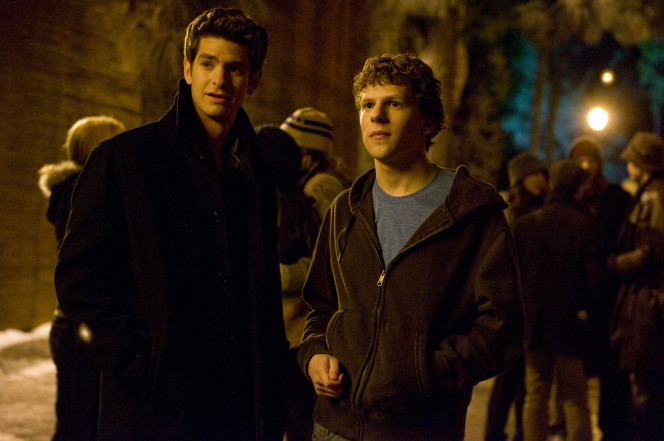 The Social Network by David Fincher, 2010

What to watch by David Fincher: