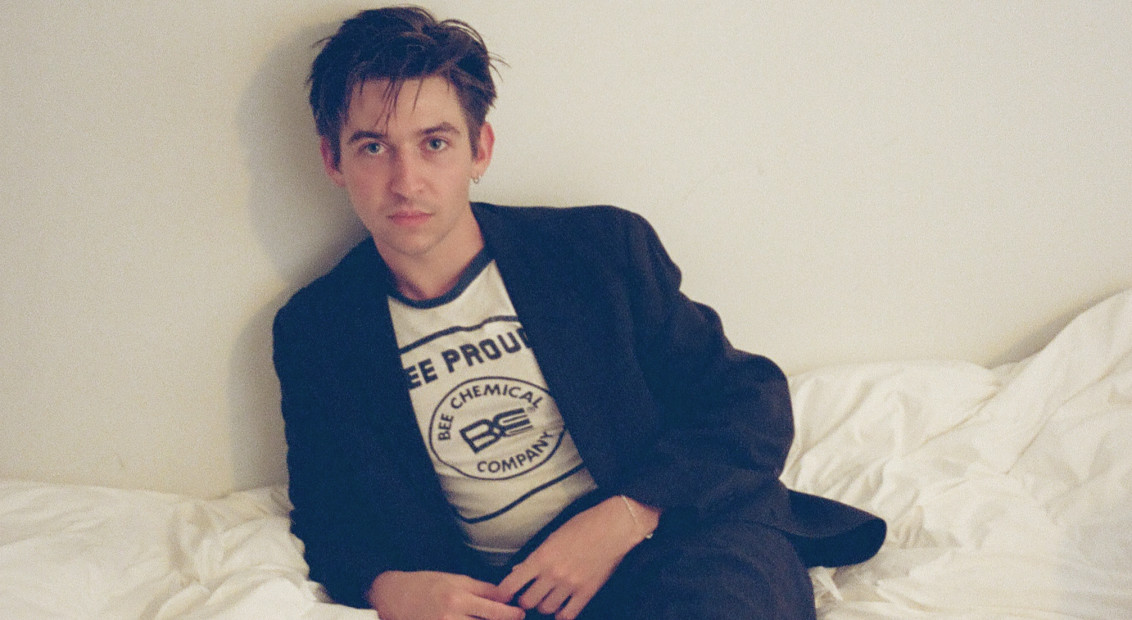 Casual Ties is the nom de plume of Cobey Arner, a drummer, and photographer originally from Georgia, now based in New York City. After years of listening to house music, quarantine gave him the space and time to create music independently for the first time. Embracing his DIY set-up (“the lab” aka “underneath the stairs”), Arner mixes with instinct, forming lucid stories that shift societal anxieties into daydream dancefloors. Crafting a soundtrack for the weird world we live in now, it sounds like a memory: the details are fuzzy but there to discover if you listen closely. 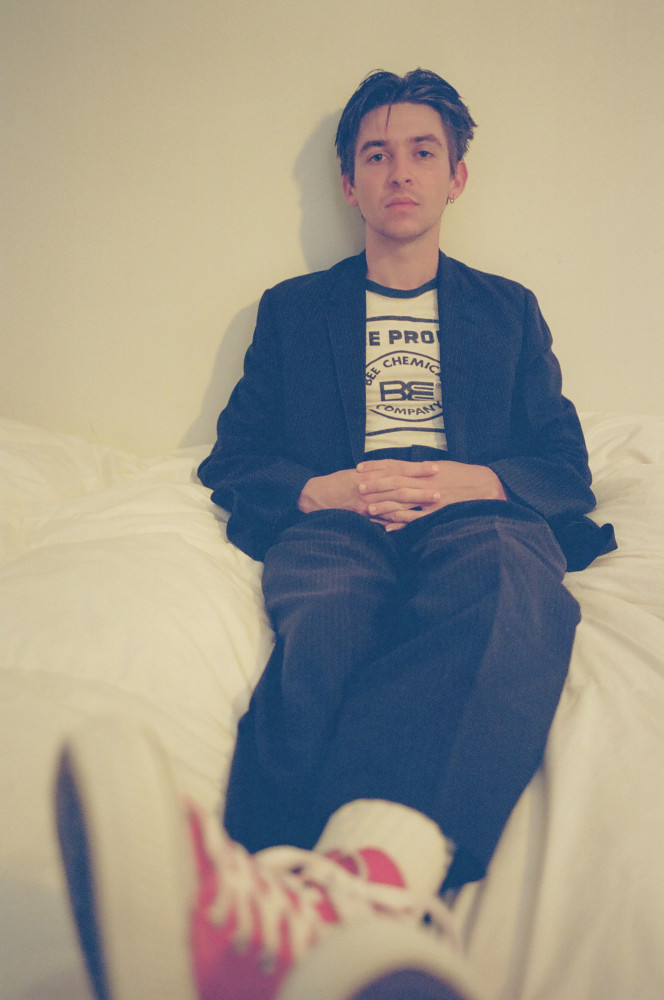 Chris Black: How are you feeling?
Cobey Arner: I’m feeling good. I’m in the lab, also known as my basement. It’s essentially a computer monitor connected to Yamaha studio monitors, underneath the stairs in my house.

CB: Where did the impetus for this new project, Casual Ties, came from? How long has it been brewing?
CA: Five years ago I moved to Nashville from suburban Atlanta and the Jamie xx album In Colour had come out that summer. I was getting ready to go, packing, and just rinsing that album. I got a job in Nashville at a great store called Wilder. I would come into the shop, and Josh Elrod, the co-owner, would be playing these amazing lo-fi house records from Montreal. I would come in every day and be like, “What is this?” Then I’d start listening to those records on my own time. It just became the soundtrack to everything I was doing.

CB: I love you discovering this genre of music in Nashville, Tennessee, of all places!
CA: Josh turned me on to a lot of that stuff. I went backwards from there. He put me onto Larry Levan, Chicago House, so much cool early stuff as well. He educated me.

CB: It’s so important to have those people in your life.
CA: Totally. Five years later, I started making music on my own.

“I think as a drummer, I have a general roadmap for how songs should progress and develop, then wrap up and conclude.”

CB: I know you as a drummer for a handful of bands, mostly Rebounder, so I was surprised to hear this record of electronic music you made entirely on your own. It had been brewing for a while, but did quarantine give you a push?
CA: I was band-oriented for so long, I never really thought to sit down and make my own music. So having all the time in the world, having the social pressures of going out removed, it allowed me to figure out how to use Ableton, which I’ve had forever on my computer.

CB: Was it a complicated process, or did the music fall out of you?
CA: Once I sat down with it, it actually came very easy. I got a bunch of really cool old drum machine samples that I could plug into Ableton. That’s how the project started – just getting these dusty old cool sounds from these drum machine samples and building tracks from there.

CB: So it starts with the sample, it starts with the drums, which adds up for you?
CA: I think as a drummer, I have a general roadmap for how songs should progress and develop, then wrap up and conclude. I know where a song needs to go next because I’ve been in so many live situations where you have to get it going, and you also have to land the plane. I only play drums, I don’t play another instrument. I grew up like singing a little bit, but that doesn’t come into play with this project. 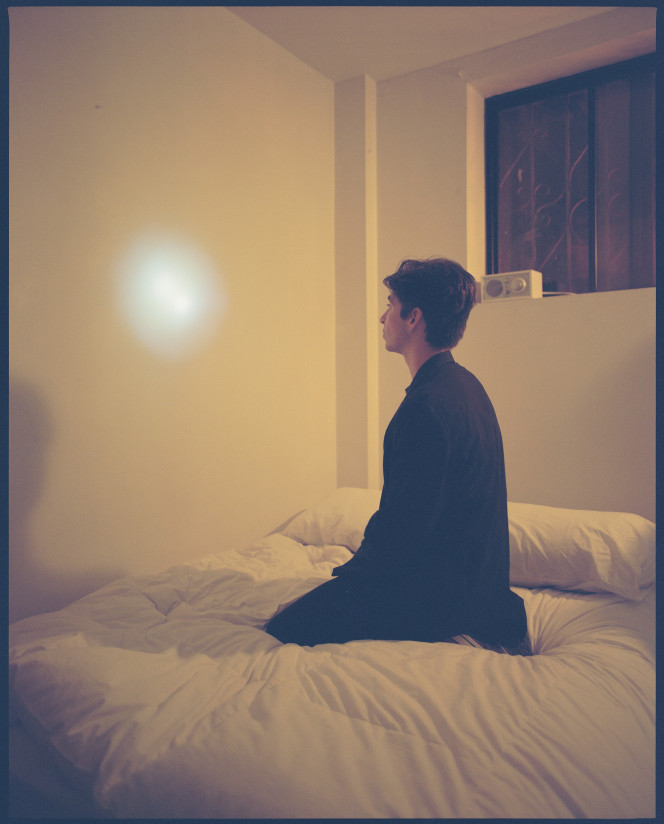 CB: At what point did you decide you want to really do this – give it a name, shoot a video, share the basement tapes?
CA: I live with four of my best friends here in a house of artists, people who make music, videos, photos. We’re always showing each other what we’re working on, so once I started making these songs, I would take them upstairs and play them on my roommate’s house system. I got a lot of positive feedback and reinforcement. That’s when I was like, “Okay, this is not just like me messing around – this could go somewhere.”

CB: It seems freeing, just making all the decisions – sonic and otherwise.
CA: I’ve been dependent on other people to make music practically my entire life. When you play drums, you rely on others. But now, becoming a producer in my own right, making music that is solely based on my taste is very freeing.

“That’s how the project started – just getting these dusty old cool sounds from these drum machine samples and building tracks from there.”

CB: It’s cool to kind of man the ship. The visual identity, the sonic identity, all of it. Only outsourcing if you want to collaborate. Let’s talk about the video for Sink or Swim, it’s just you dancing to the track.
CA: My roommate Austin presented the idea. “Whenever you show us songs, you’re always dancing harder than anyone else. What if the first video was you dancing by yourself to your own song?” I took that and made it a bit more aesthetically pleasing. I wanted to incorporate all these worlds that I’m into: music, furniture, and design. It’s true to me in quarantine as well, just dancing by myself in my house.

CB: I think that the exciting through-line to Casual Ties is that it’s basically been you alone. From making the music to even making the video. Do you want to play live when the time is right?
CA: Yes, as soon as the opportunity starts to present itself, I definitely want to play live. I think this music is meant to be played pretty loud. I want people to dance to it, but also want people to be able to throw it on in the background when they’re starting their day. Have it put a pep in their step and get them stoked to start their day.