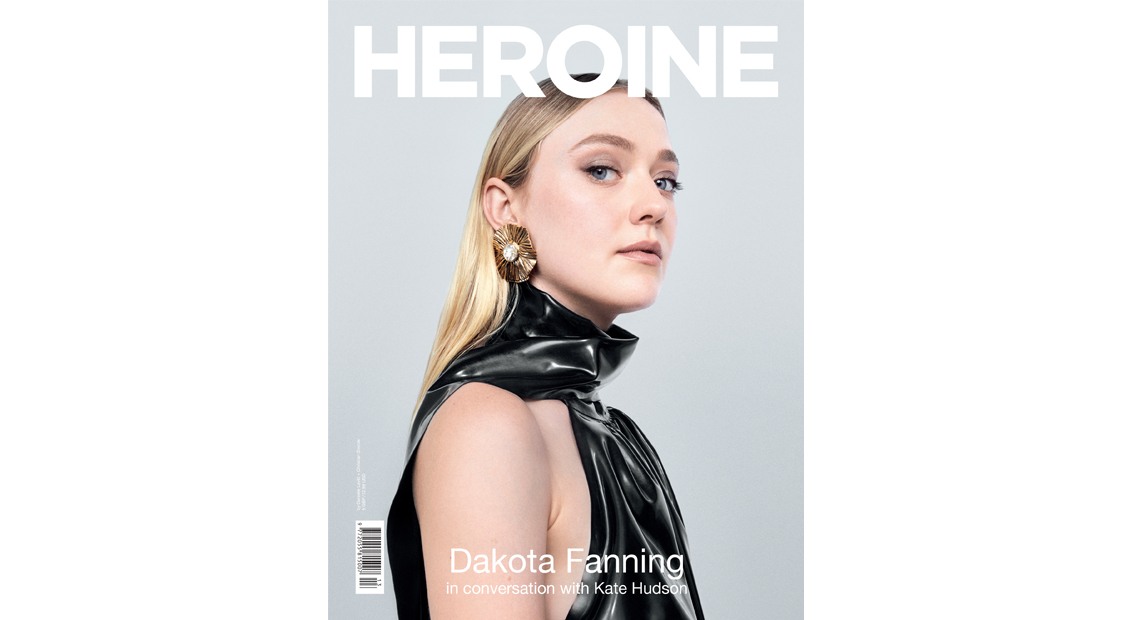 Dakota Fanning on the cover of HEROINE 13, out today

The wonder of moving image – of shared experience and fantastical dreaming – have never been more relevant, or potent. Cinema may have moved temporarily to the small screen, but its stories, and storytellers, are more passionate than ever. For this issue of HEROINE we speak to some of the industry’s defining voices about their visions for the future. 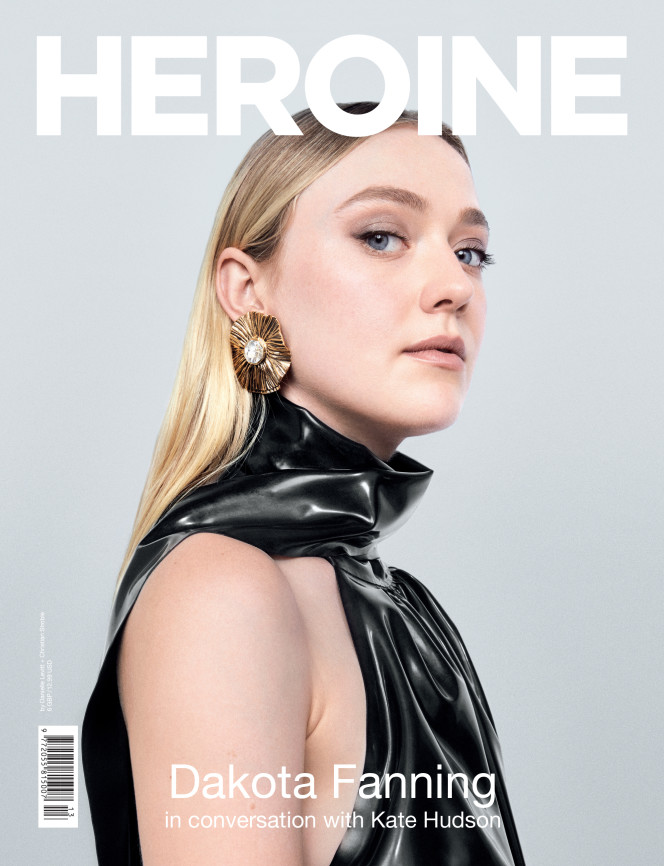 One of the most magnetic actors of a generation, Dakota Fanning has worked consistently since uprooting from Georgia at the age of five, and despite only turning 26-years-old this past February, has over 30 movies under her belt. For this issue the actor looks towards her third decade and how she can contribute to bringing untold stories to the screen with her production company, and is in conversation with Golden Globe-winner Kate Hudson and shot by Danielle Levitt, with fashion by Christian Stroble.

Also in this issue:

“What set the brilliant performances apart from the very good ones is that wholeness of a human being,” says Andrea Riseborough, whose roles have increasingly allowed her space to mine the depths of human thought and behaviour. For this issue, Riseborough is shot by long-time friend and HEROINE contributor Niall O’Brien.

Rachel Morrison was the first female cinematographer to receive an Academy Award nomination (“Why there are so few is entirely illogical”). Her work on Black Panther carved an aesthetic like no other; Morrison answers 100 questions about her career, and improving the gender imbalance in the industry.

Julien Dossena conjured Paco Rabanne Fall/Winter 2020 from ideas of power, sisterhood and forces of the unknown. We interview the designer about the collection: a celebration of unity and uniquely female strength.

As actor Myha’la Herrold’s new HBO show Industry hits screens, she talks to us about navigating new experiences while maintaining a voice that promotes visibility, community and representation, and is shot for the issue by Michael Avedon.

Olivia Cooke has swerved conventional pathways for lived experience, portraying almost a decade’s worth of characters by the age of 26, whether lusting after Norman Bates as wide-eyed Emma Decody in Bates Motel, or gallivanting through a virtual universe in Steven Spielberg’s Ready Player One. For this issue she is in conversation with friend and fellow actor Paapa Esidou (who joined the Royal Shakespeare Company in 2012 and received rave reviews for 2020’s BBC series I May Destroy You).

When Parasite became the first foreign-language film to win Best Picture at this year’s Oscars, it not only marked a crowning moment for South Korea’s film industry, but a long-overdue recognition of East Asian cinema’s rich and dynamic history. HEROINE features editor Finn Blythe takes a deep-dive into the complex and varied past of East Asian Cinema, in Shattered Dreams and New Beginnings.